In any case, I'm running a pair of Musical Fidelity X-A200 monoblocs (for which I recently replaced the e-caps and adjusted/corrected bias).

These still work well, but are getting long in the tooth. I don't believe there are any sophisticated protection circuits inside - unless you count fuses. I'd like to get some protection for my speakers in the event of catastrophic failure of the amp(s).

Would something like this from AIYIMA be suitable? Are there better options you think I should be exploring? Presumably these units would have little effect on the sound.

Thanks for any input!

Nicholas B said:
Hi All!

In any case, I'm running a pair of Musical Fidelity X-A200 monoblocs (for which I recently replaced the e-caps and adjusted/corrected bias).

These still work well, but are getting long in the tooth. I don't believe there are any sophisticated protection circuits inside - unless you count fuses. I'd like to get some protection for my speakers in the event of catastrophic failure of the amp(s).

Would something like this from AIYIMA be suitable? Are there better options you think I should be exploring? Presumably these units would have little effect on the sound.

Thanks for any input!

This is from the Hypex NC500 OEM datasheet.

Why not place an in-line fuse between the amp and speaker ?
E

DC in speaker is not a problem for me; it won't make it through the output transformer.
S

Some more on relays, with tests and pictures of failed ones.
https://www.halfgaar.net/dc-protection-with-relays
In the references you'll see https://www.sound-au.com/project33.htm which is a well documented circuit that you can buy boards for.
https://www.diyaudio.com/forums/gro...n-rtr-ssr-dc-speaker-protection-delay-gb.html - this one includes measurements. THe designer posts here with the same handle.

Recent amplifiers use fast acting DC protection which cuts current drive in the case of excessive DC and / or current on the output. Relays which were used in older amplifiers are absolutely not reliable because the contacts can fuse closed during the specific type of event they are supposed to protect against. A long time ago I lost a woofer because of this (fortunately is wasn't in my main system).

To address the original question, I'd say that fuses are an option. Thanks for all your responses!

I've been reading up on speaker protection via Doug Self's amplifier book. Looks like fuses create distortion and aren't particularly reliable. So maybe avoid these, even though they would be particularly cheap and easy solution.

As mentioned, looks like relays may be a mixed bag, with potential for problems. So not ideal either, especially with a powerful amplifier.

A fuse can work well if it is included in the amplifier's feedback loop with adequate loop control should it open. Having the fuse in the loop eliminates the effects of its series resistance, which may be nonlinear w.r.t. conducted current.

I have no idea the output topology of your amplifier, but one thing to watch is that some (perhaps many) aftermarket output protection circuits using relays or switches ground the (-) amplifier output. This is a big problem if it is floating, as in a bridged design, or for certain tube amplifier outputs (e.g. older ARC amps grounded the 4-ohm tap, not sure what others do).

Personally, I would start with an inline fuse of fairly high current rating to help in the event of catastrophic failure, and drop a note or call Musical Fidelity to ask exactly what sort of protection the amplifier already has. Hopefully it's a non-issue... A lot of older amps had some basic output protection built in (Blaze Phase Linear being a notable exception). A fuse will indeed add distortion, but probably much less than the speakers themselves until it is near its breaking point.
Don
"After silence, that which best expresses the inexpressible, is music" - Aldous Huxley
Technical Articles: https://www.audiosciencereview.com/...and-inquisitive-minds.8121/page-3#post-808622
My system: https://www.audiosciencereview.com/...ht-our-current-setups.564/page-27#post-672877
OP

The amps are unbalanced and solid state, and I believe should be fine with Guardian 86 system (link in my last post), which uses mosfets for switching rather than relays. I ordered them right after my last post and will report back here, though that could be a few weeks.

I don't see any form of protection for these amps should the output devices fail, in which case repairing them will be above my pay grade. I do however want to protect my speakers (Duntech Black Knight - a John Dunlavy design). These are 70kg, three way five driver design, over 6 feet tall, 90 dB @ 2.83V, 2.8 to 10 Ohms impedance, but with no sharp phase angles. My amps are a bit over kill for these as measuring with a 'scope, even when I go nuts, I rarely feed them more than 100W on peaks.

If my amps one day die, maybe John Yang will have out a new higher powered version of the just released PA5 .

Just some basic info on the MFs: 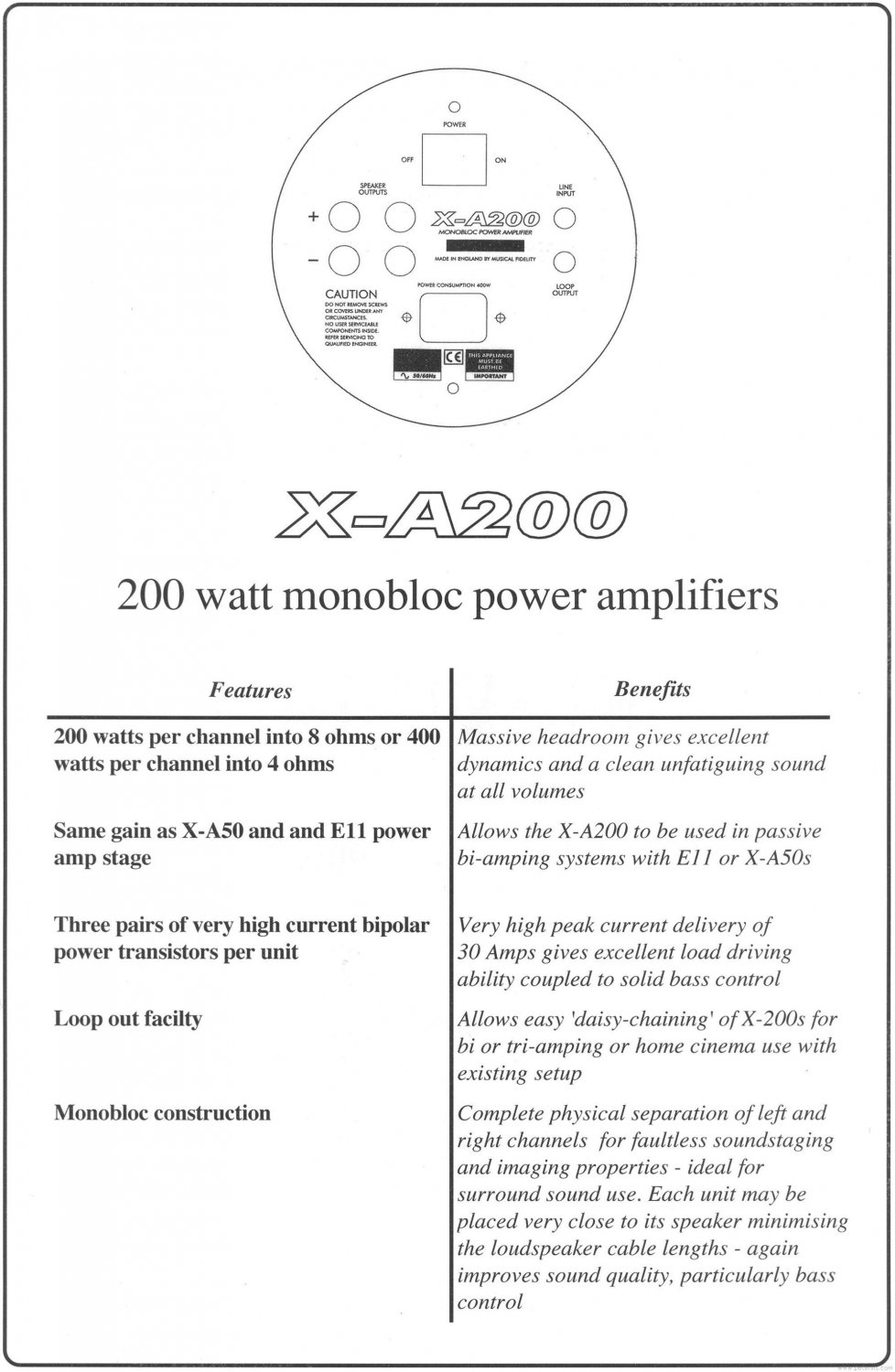 There's also a manual, here. Though it doesn't show schematics. I did however find a hand-drawn version on another forum, which looked spot-on, so that helped. Service manuals appear to be unavailable AFAIK. Though if anyone knows of one, I'd be all ears!

The Guardian 86 is a great choice, I think. The latest version of the Guardian86 has disconnected the speaker return line from the system ground, therefore it can be used for bridged amps too.

There's another option, more DIY: https://www.diyaudio.com/community/...sr-dc-speaker-protection-and-delay-gb.340694/
This is quite popular, and its performance has been measured and it adds no perceptible or measurable distortion, I believe.
OP

I've been using the Guardian 86 devices for a couple of weeks now (the first version) and they work flawlessly. Well, I haven't actually tried putting a significant amount of DC on the output of my amps, but I don't notice that they're there while playing music. I turn on the amps and the Guardians simultaneously via one wall switch. This seems to work well.
[Tablet - containing my CD collection; Sangean WFT3 - DAB+, Internet Radio, Streaming, FM; A/V equipment] --> [Topping DX3 Pro+ - DAC mode] --> [Behringer FBQ6200HD 31 Band Equaliser] --> [Schiit Saga S - for volume control] --> [Musical Fidelity X-A200 monobloc amps - 400W into 4 Ohms each] --> [Neurochrome Guardian 86 - speaker protection] --> [Duntech PCL400 speakers - 3-way, five-driver, 90 dB sensitivity, 4 Ohms, 70kg each]. Equalised using REW & UMIK-1
You must log in or register to reply here.

The best way to handle and replace aluminum electrolytic capacitors