Nope, no tapes. I'm considering a Bottlehead Poweramp based on their Stereomour design.
OP

It would be built by PB from Bottlehead -- based on the Stereomour design. I don't have the skills to built it myself. Not a kit.
OP

Yep. A little background can be found at https://bottlehead.com/stereomour-ii-stereo-single-ended-integrated-2a3-amp-specs/.
OP

Sorry for digging up this old thread that I just happened to read, but to set the record straight, the Schurter KFA series mains filters with PE choke are in fact designed to carry fault current over said choke, as the manufacturer insists in the very same application note that the graphic came from. Wouldn't make much sense otherwise.

As was correctly pointed out, however, they are also designed to be mounted to the case.

I must say, this Mike guy... I was lost for words. Having a healthy amount of ego is one thing, but...

Speaking of mains filters, a while back there was this chap with a Yamaha A-760 integrated amp from the early '80s on another forum. These units (as well as A-960 and the II series of both) have a thyristor thingy (basically an electronically variable dimmer) to regulate mains transformer output voltage, so something like a SMPS. This obviously requires filter caps for the mains. Problem was, the unit (like most any classic hi-fi gear) is IEC Class II, double insulated and floating. So the designer hooked up primary L and N filter caps to a point X, as well as another safety cap in the nF range to secondary-side ground, but X didn't go anywhere else. Perfectly safe, but if the unit is not connected to anything grounded (say, the tuner with an external aerial that would have been common then), it'll tend to float near half the mains voltage, and open inputs will show audible hum as the outside it's weakly coupling to is at, well, ground potential.
Owner considered going Class I, but since you don't really want that in traditional hi-fi gear, I advised using a 3-conductor mains cable but wiring PE only to point X instead, so our filter cap leakage currents have somewhere to go to. Unsurprisingly, the hum vanished. Safety should be unaffected even in the case of a badly miswired outlet (L on PE), as there still is an appropriate capacitor between ground and PE, plus the unit was built to double insulated standards to begin with - so ideally it should be even safer than it was now. A capacitor in the nFs wouldn't be forming much of a ground loop either (and if so, I would much rather have it go to PE than half the mains voltage, aside from a handful of places like Norway that use "technical" mains with balanced L+N, where it wouldn't matter much).
I can't see any major downside of this mod, aside from requiring an earthed outlet, which from what I gather is not a given everywhere in the world. Even so, without one it would be just like stock.
It has to be noted that only the 220/240 V versions make it this easy - the 110 V version is omitting the third capacitor, which would have to be equipped alongside removing a wire bridge.

Next day I come to school and get called to the principal's office. I go in there and in the corner of my eye see the kid and his parent. I figured I was in deep trouble.

Principal looked at me and asked, "you know it is against the school rules to sell stuff at school, yes?" I said "yes" while getting ready for serious beating. The principal puts the transmitter I had sold the kid and said, "this is darn cool!" Asked me to give the money back to the kid and that was that.

How is this for noteworthy?


I managed the development of professional audio equipment for broadcast and post production fields (and a workstation with audio subsystem while at Sony). Two of those products won technical Emmy awards for excellence.

My team won a third one while at Microsoft, this time for the modern version which is to stream audio/video on the web: 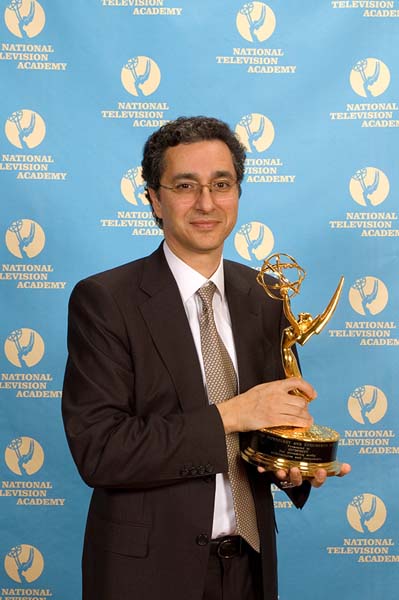 So no, I don't design commercial audio equipment. I think it is the absolute worst thing one can do: turning a good hobby into a bad business.
Click to expand...
And I thought you were a hot good looking Geisha, Ill ask my money back for registering at this forum.
--- Ignorant at pretty much anything ---
* Amp: moon 220i
* Speakers: Buchardt s400 - Kef Q150
* DAC: RME ADI-2 DAC FS
You must log in or register to reply here.
Share: Facebook Google+ Reddit Pinterest Tumblr WhatsApp Email Link