Personally I’m always leery of cheap equalizers. I expect it will be noisy. For what it sells for you can find a used Yamaha YDP2006 or Ashly model, either of which will totally blow the Rolls out of the water.

Wayne A. Pflughaupt said:
Personally I’m always leery of cheap equalizers. I expect it will be noisy. For what it sells for you can find a used Yamaha YDP2006 or Ashly model, either of which will totally blow the Rolls out of the water.

Their 'pro' oriented stuff is inexpensive. Generally, at the 'low end' you get what you pay for. But at the 'high end' you might be paying for something you are not getting.

I have a Bellari boob-tube phono stage. Bought as a curiosity. It's very red. So it has that going for it. An opamp followed by a tube (in order to give it 'special magic' that you only get when something glows). In fact, it's in use now in my den, as I type. Not the quietest thing on the planet, but you knew that once you saw glass sticking out of the top. It features a muting switch (very helpful), a sub filter (likewise), a gain control (I just set it at max), and a headphone amp that I never use. Mine is a few years old; the red paint has bubbled in a couple of places.

How does it 'sound'. Mike 'Mr. Analog' Fremer once recommended it, but don't hold that against it. It's probably a little 'fat, loose, and wooley' from a subjective standpoint.

New ones changed some features--deleted the subsonic filter but added capacitance loading. Not sure that was a value trade-off.

Is it worth almost $300.00? I think I bought mine for a little over one hundred dollars. It might be worth a Ben Franklin. Maybe. If I was looking for a 'go to' phono stage, I'd look elsewhere. But for something cute and red, it does the job. 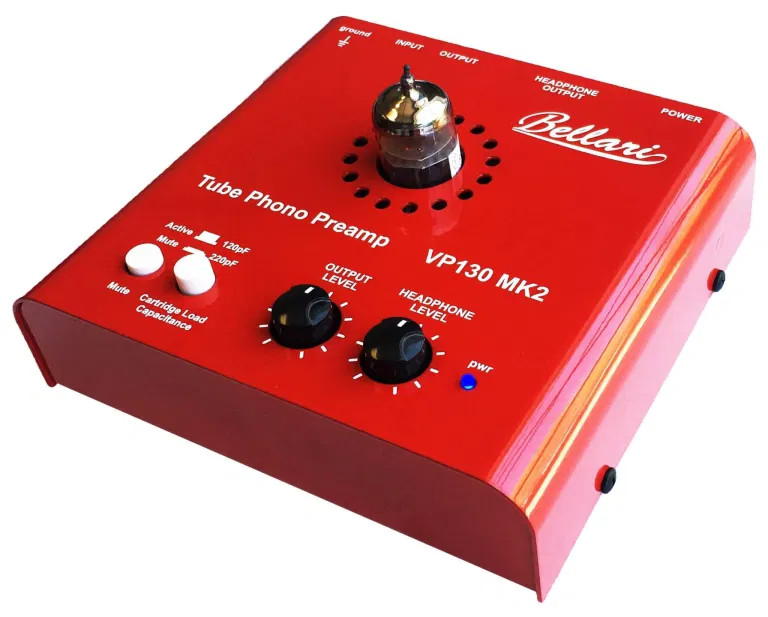