Welcome to the coverage of RMAF high-end audio show at ASR Forum. As some of you may have heard, there was fair amount of negative vibe regarding this year's show. Reason was the delayed finishing of a major remodel at the Marriott Hotel in Denver where the show is held. A few companies pulled out of exhibiting and gloom and doom was predicted.

I had a lot of fun last year covering RMAF and meeting a lot of people face to face so took a gamble and I came. Boy, were the curmudgeons wrong! The first day was wonderful. The suites are much more modern and outside of some exceptions, the rooms were just fine. Temperature control was excellent and there were no loud window air conditioners destroying the sonics.

Attendance was a bit lighter than normal which was great for me! Best news is that there was not one single stinking male waking around. Last year the rooms were hot, everyone was sweating, and many were stinking to high heaven. So bad it was that you had to hold you breath the entire time in the elevator. I kid you not! This year there was none of that. Rooms were comfortable temp wise and everyone had taken showers and smelled just fine!

Denver weather is gorgeous this time of year with sunny and moderate temps.

On the down side, they lost my badge for the second year in a row! After waiting 15 minutes in line, they told me they could not find my badge. So I had to get a temporary one again. Scotty was there and his badge was lost too. Folks were very nice though and searched and searched after which gave me a blank badge. So all was well at the end. 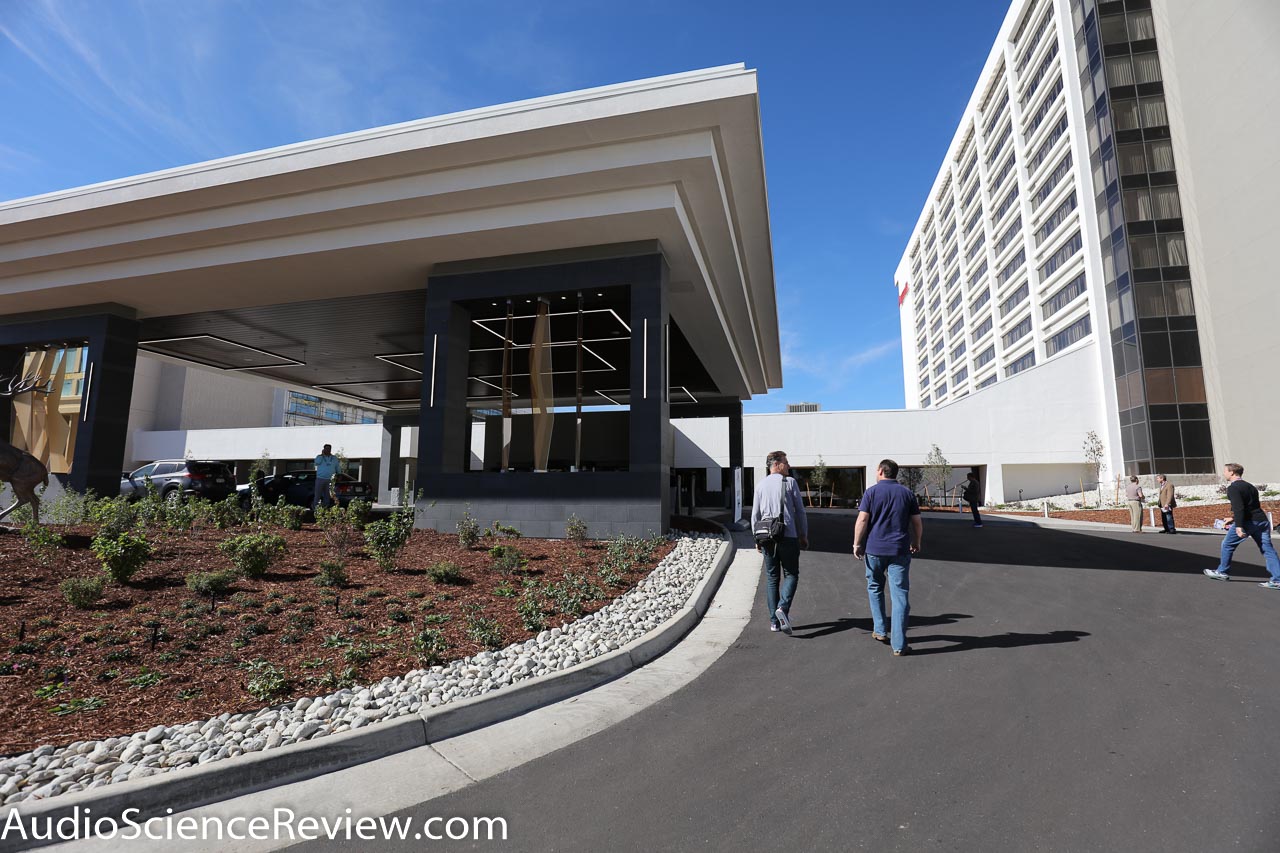 As you see, it is super nice and ultra modern now.

Here are the tents ("pods") as they call it that was the parts of the hotel that was not yet finished. 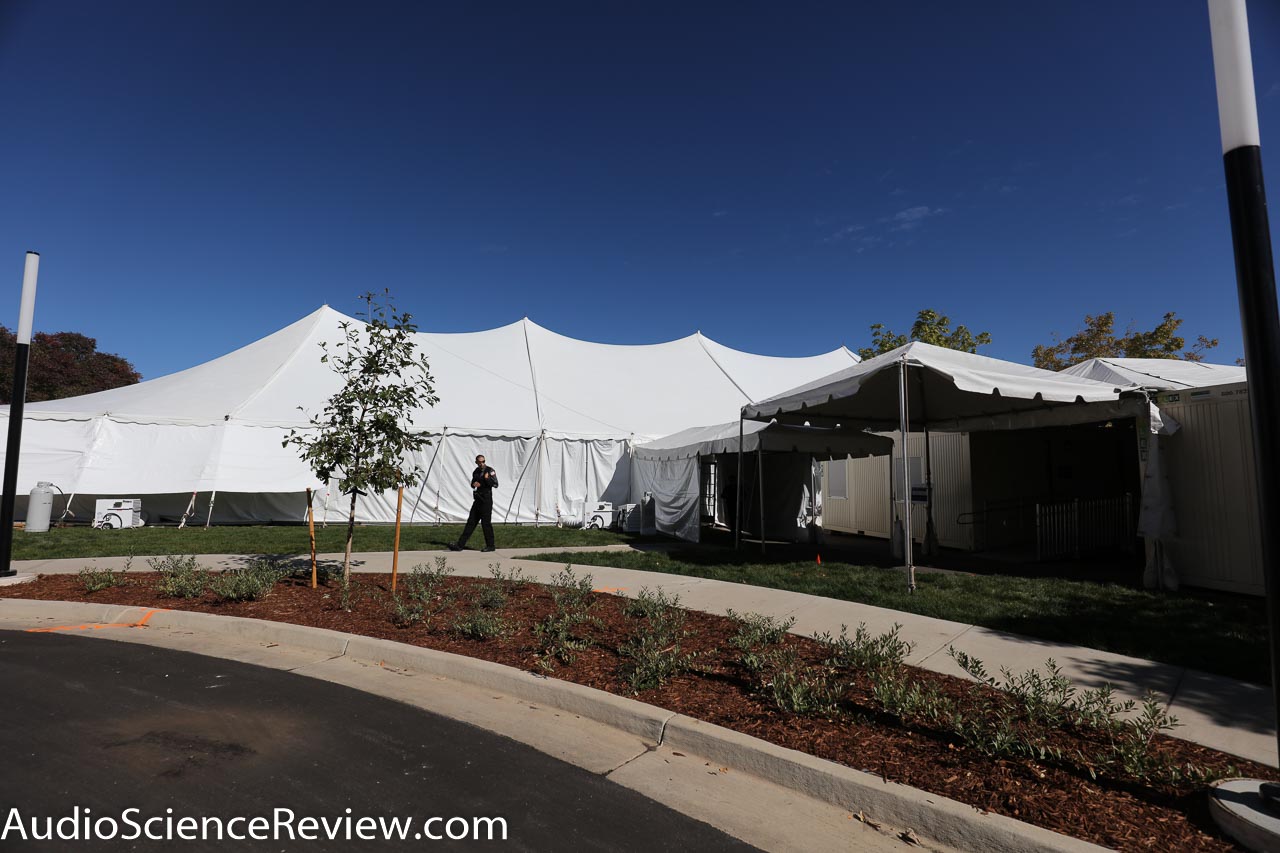 Have not yet gone into them so will report on that later.

I have neary 230 pictures to post. I will get started on them and hopefully finish before going to bed.
Amir
Founder, Audio Science Review
Founder, Madrona Digital
Contributing Editor, Widescreen Review Magazine
Click for My Technical Background
Master List of Audio Reviews

Have you checked out any new technologies? My vote is the the WA Quantum-Cubed Room Animator.

https://www.audiofest.net/usa-premiere-at-rmaf/
If you refuse to allow others to examine your beliefs, you might be a post-modernist.

dallasjustice said:
Have you checked out any new technologies? My vote is the the WA Quantum-Cubed Room Animator.

https://www.audiofest.net/usa-premiere-at-rmaf/
Click to expand...
Well if it's half as good as their quantum chips... It'll be twice as shit...
independence, we do it together..
https://www.patreon.com/audiosciencereview
OP

Is vivid there with the new G1spirit?
independence, we do it together..
https://www.patreon.com/audiosciencereview

Had planned to go but all the blowback made it seem less worth it... I really wanted to check out Sanders and a few other places, but can't really afford any of it anyway. Was 24 degF and we got a light dusting of snow a couple of mornings ago but today is gorgeous (my house is about an hour south of Denver but more than 2000' higher). I skimmed the list of exhibitors and it was longer than I expected though I am not sure how many might have backed out.
Don
"After silence, that which best expresses the inexpressible, is music" - Aldous Huxley
OP

Was hoping to see you don!

Will look for giya.

amirm said:
Was hoping to see you don!

Will look for giya.

Amir,
Typing in toilet.
Click to expand...
Wow hands free! Advanced skills amir...
independence, we do it together..
https://www.patreon.com/audiosciencereview
OP

Thanks, Amir, for your efforts -- much appreciated!
-Sam
Vbr,
Sam
OP

Excellent coverage Amir as always.
Keith
Purité Audio
www.puriteaudio.co.
'I have simple tastes, I am always satisfied with the best.'
OP

Running off to the show in a minute. Just a quick report on the second day. The show was busier and there was a ton to see including some amazing setups. It was a long day though ending in a tape session at UHD's booth that went until 10:30pm.

Some of the best sounds were VTL and Wilson and Giya.

Rooms were still comfortable with the exception of some that were running tubes and keeping the AC off. Fortunately that was a minority.
Amir
Founder, Audio Science Review
Founder, Madrona Digital
Contributing Editor, Widescreen Review Magazine
Click for My Technical Background
Master List of Audio Reviews

What were some of the titles, if you recall, from the tape session?
Vbr,
Sam
OP

For those who like to use their ears ... , here's a new player on YouTube: https://www.youtube.com/channel/UCpZH8wRfvZq4x9hTP2exH-g. Why I mention him is that he's someone who by design or accident has managed to get 192Kbps quality on the audio - listen at 720p setting for this.

"You must show that a man is wrong before you start explaining why he is wrong. The modern method is to assume without discussion that he is wrong and then distract his attention from this (the only real issue) by busily explaining how he became so silly." - Bulverism, by C. S. Lewis.
D

amirm said:
... Typing in toilet.
Click to expand...
Haven't seen a report on the new Schiit yet...
"People hear what they see." - Doris Day
"Social distancing" is the wrong term. It should be "physical distancing". These days it's more important than ever to maintain social connections.
OP