This is PSB's Imagine T3 review. 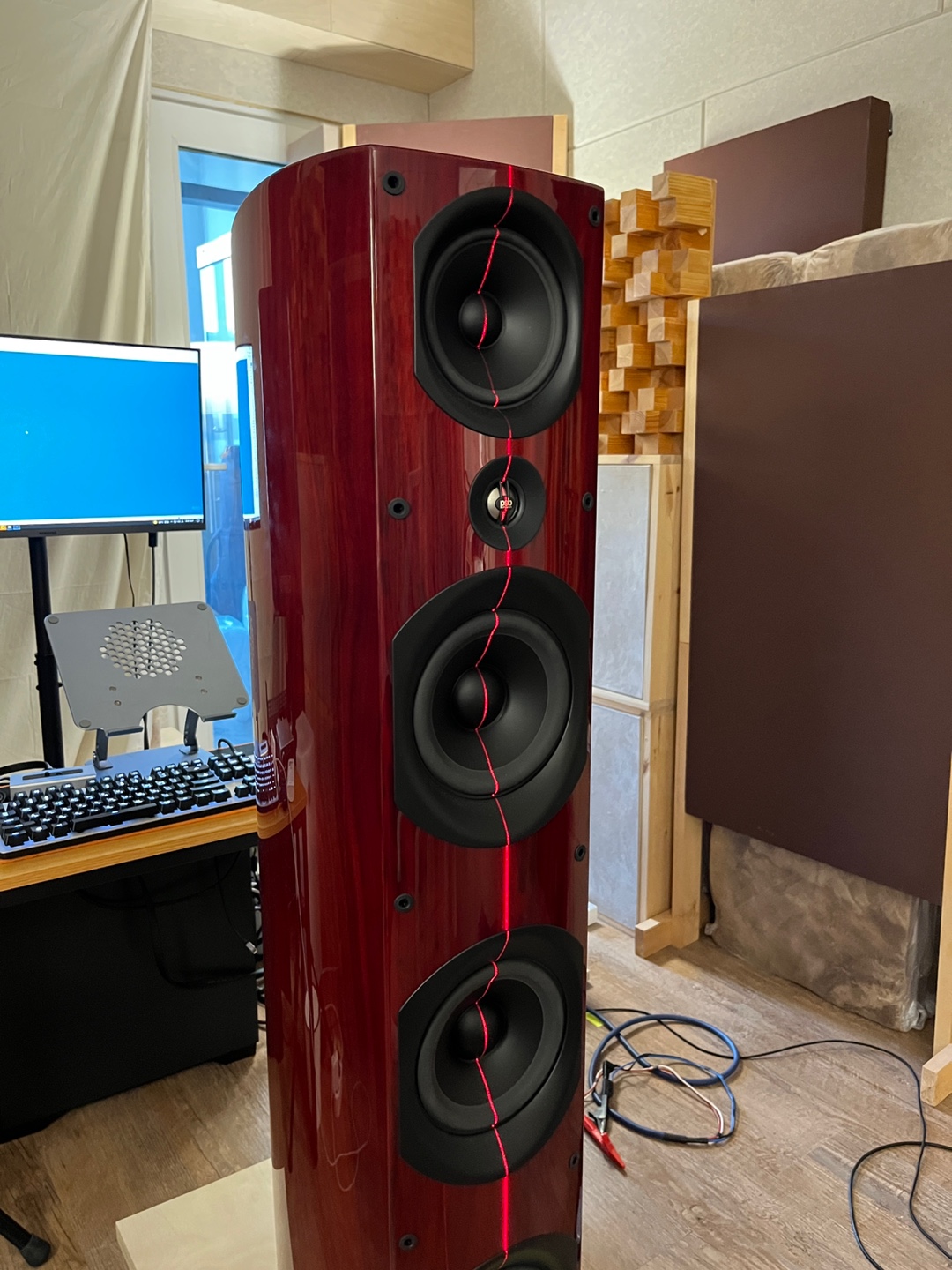 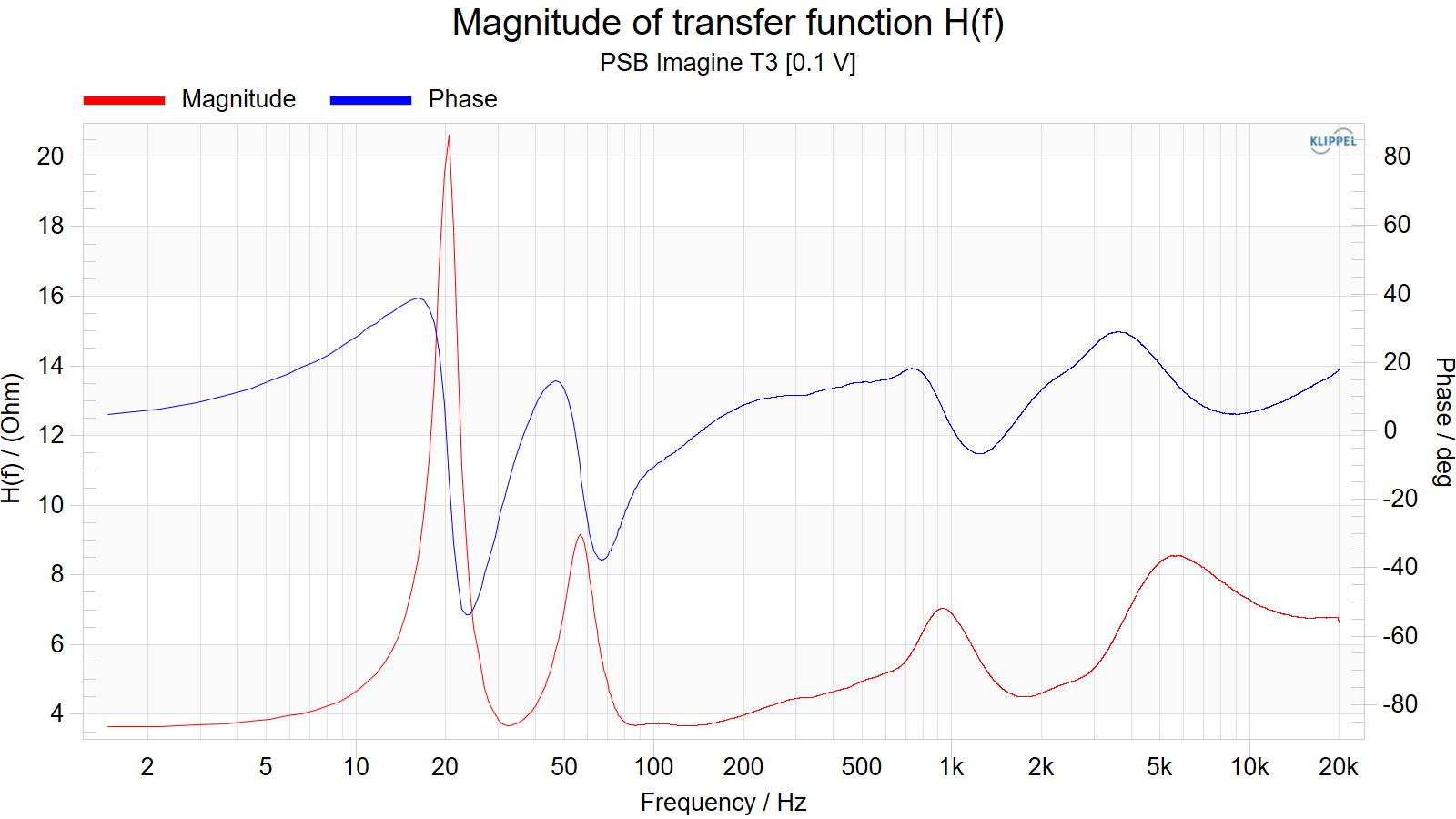 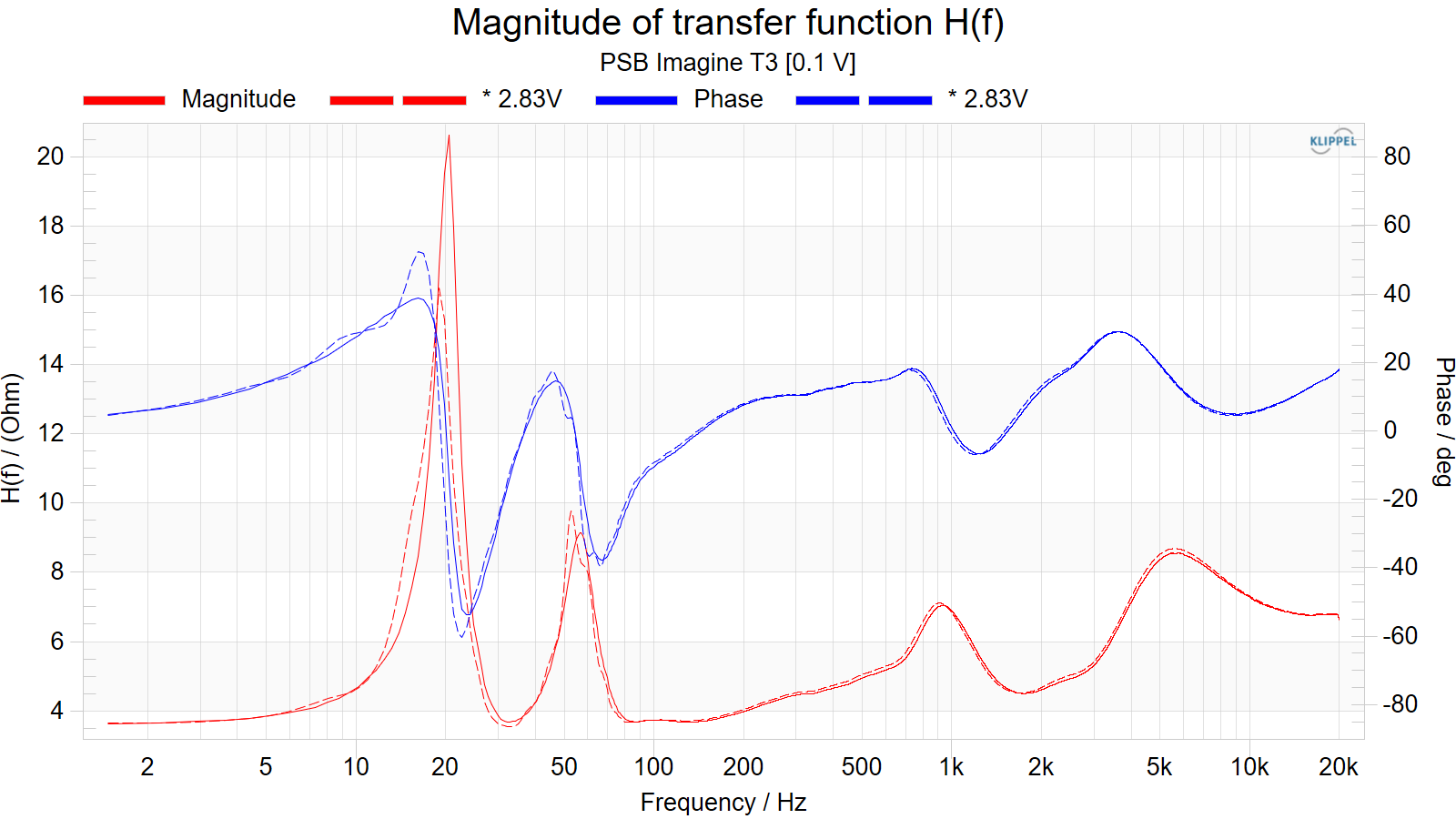 This speaker has a 3.5 way structure.
I didn't find anything special in the impedance data. 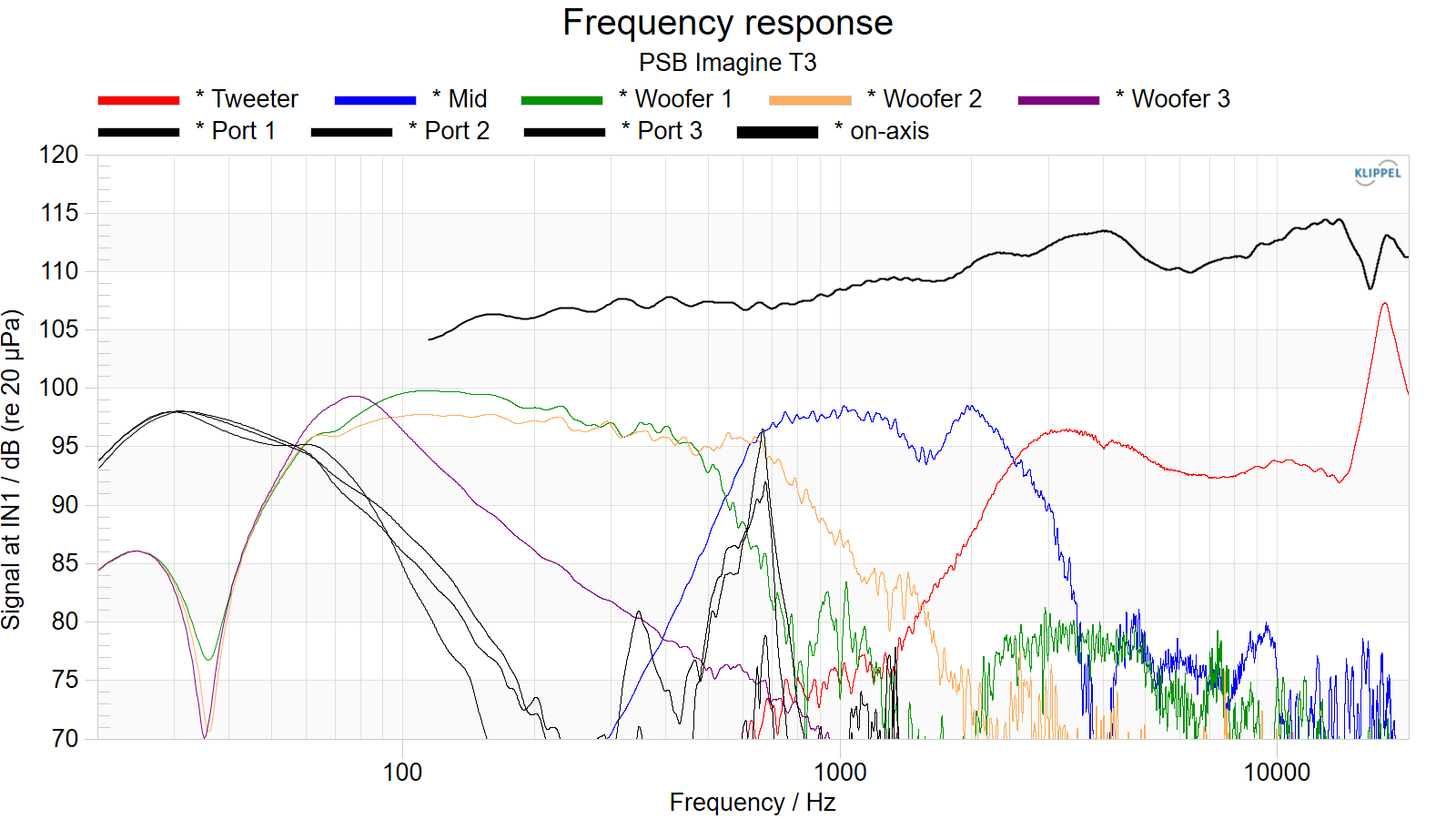 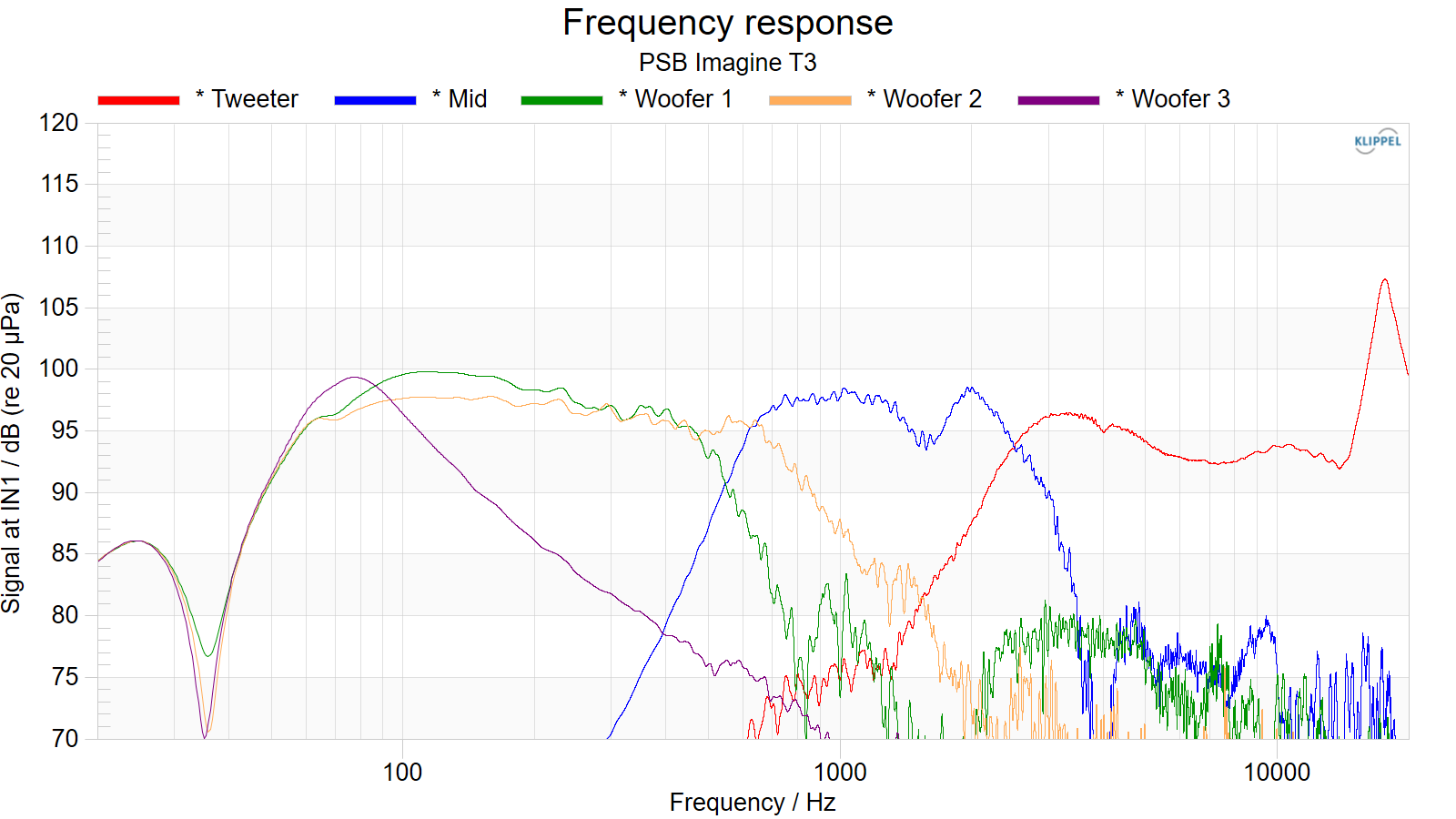 I use a 1m to 5ms window filter when measuring speakers.

However, the speaker was too wide for Woofer to handle, and it was impossible to get a proper Farfield response from just one meter away from Twitter.

Therefore, it was not possible to sum/calculate the responses with proximity measurements
I'll just share the data.


Here's an unusual thing.
The three woofer are described as a 1.5way structure by default.
However, the two woofer who are responsible for the high band also had different crossover filters.


The following are the data measured for each of the three ports. 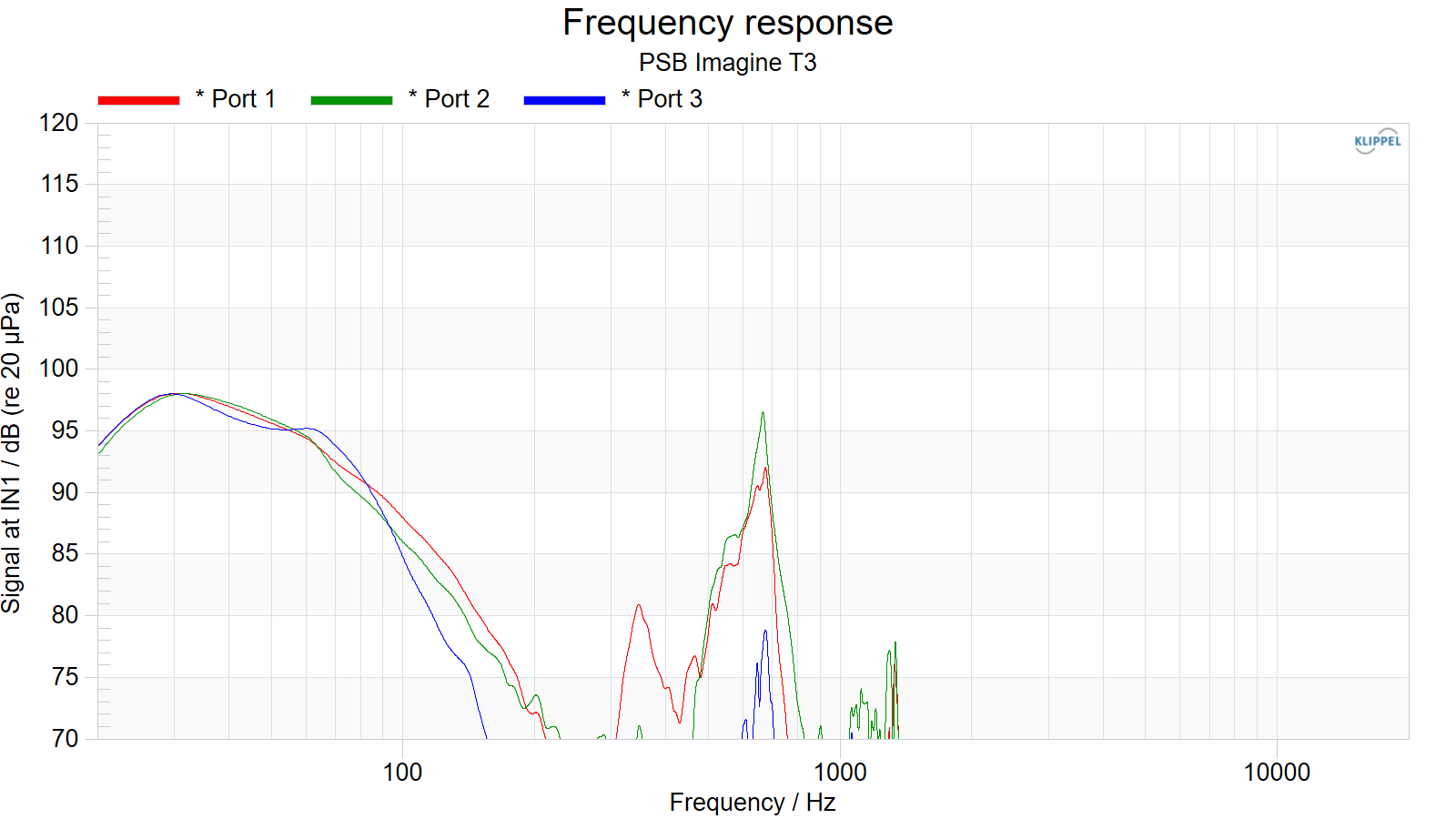 And I only calculated the LF response using port and woofer. 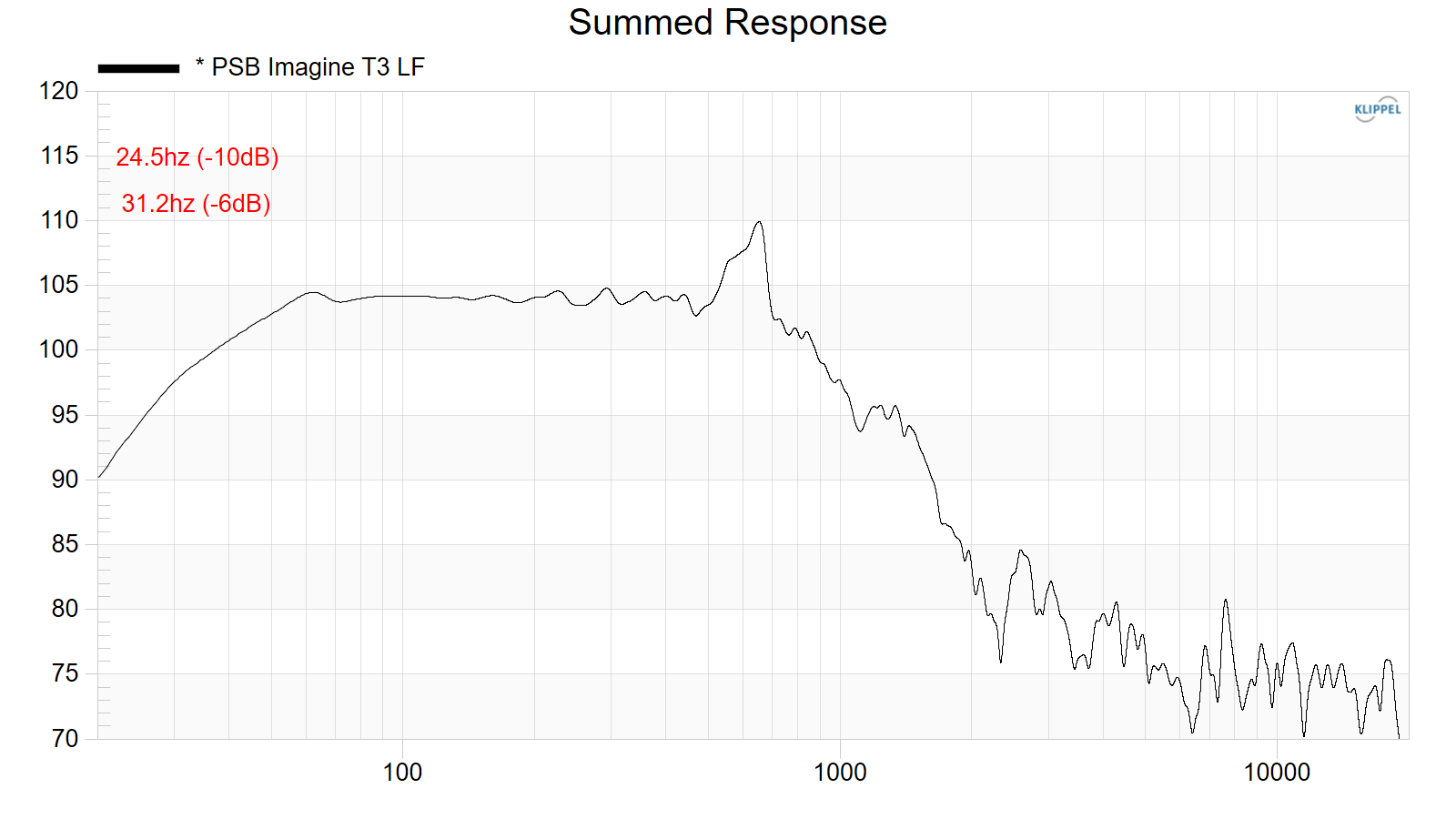 
Now it's time for directional data.
This speaker is like a tall boy, because it's big and heavy. It is not possible to lie the twitter down on the rotational axis of the turntable.
Therefore, the vertical orientation was not measured. I'm sorry. 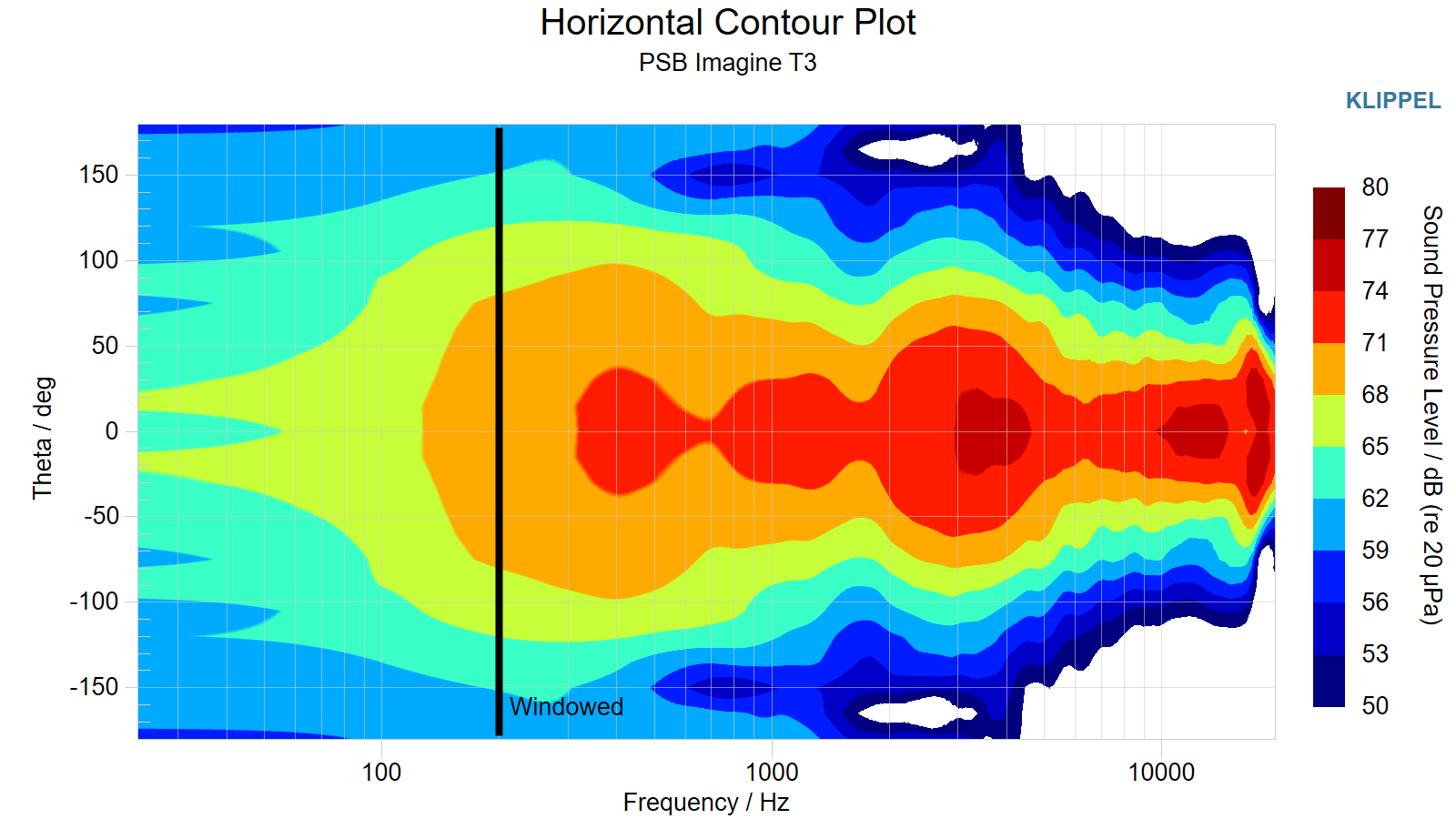 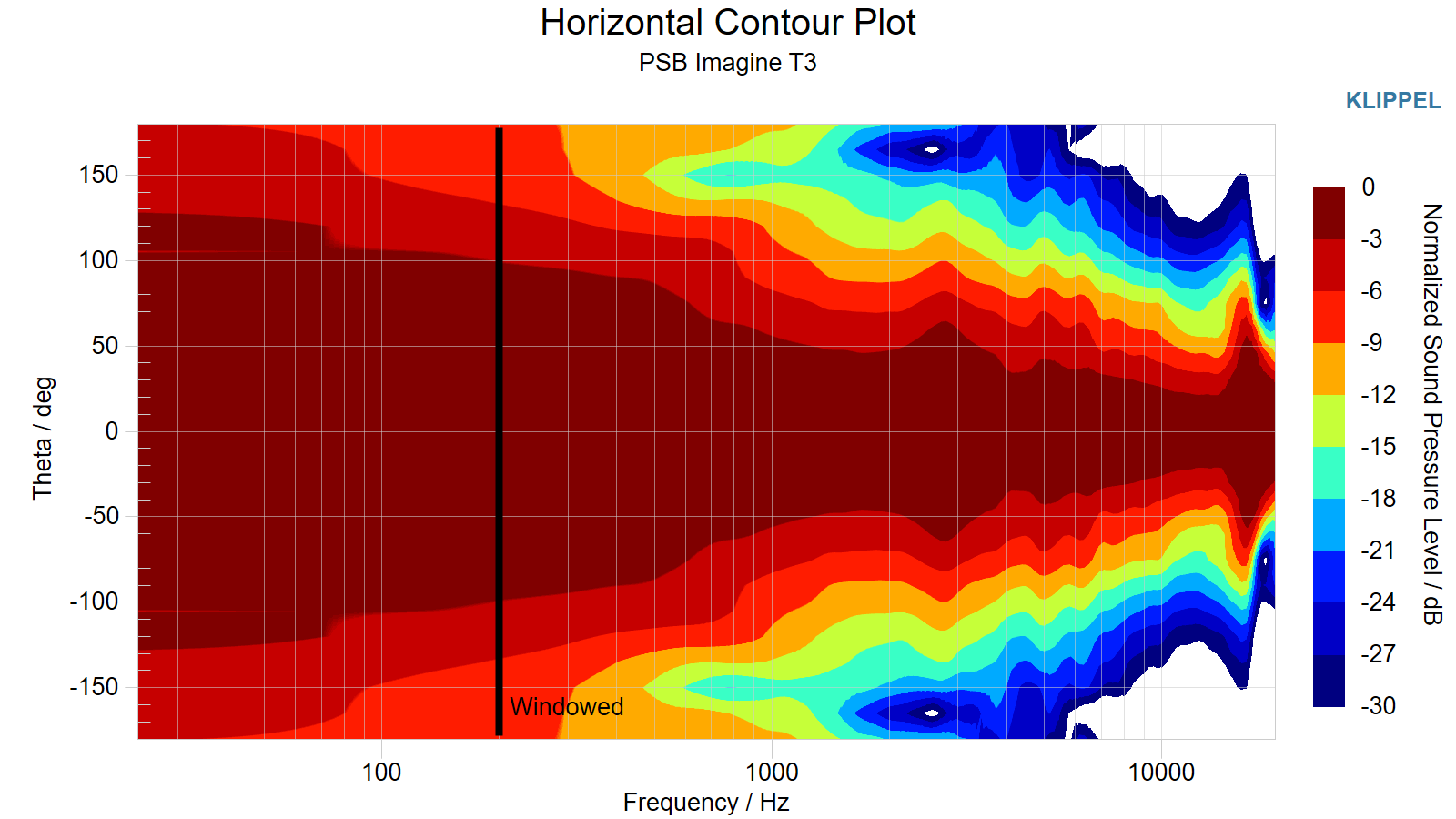 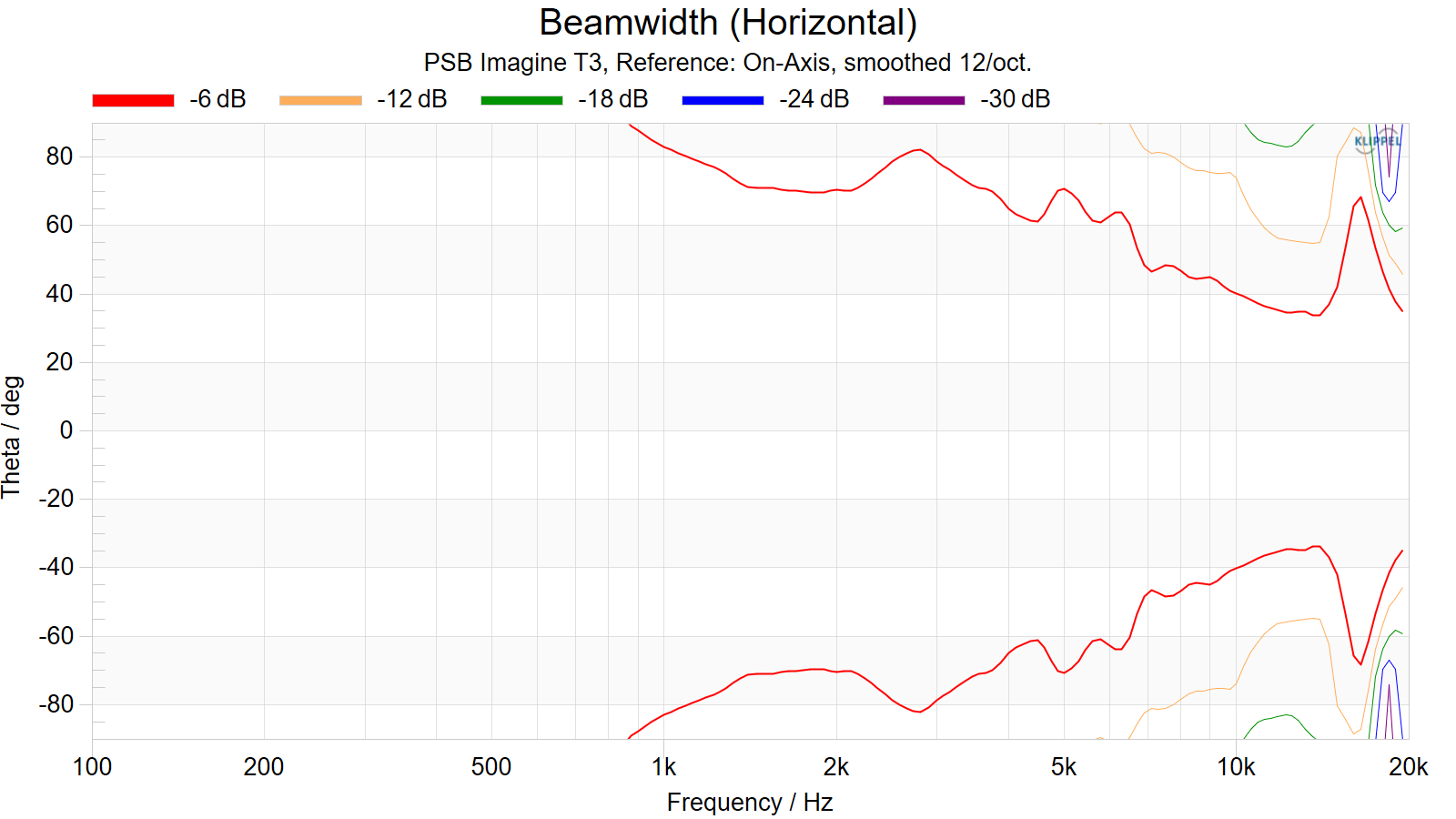 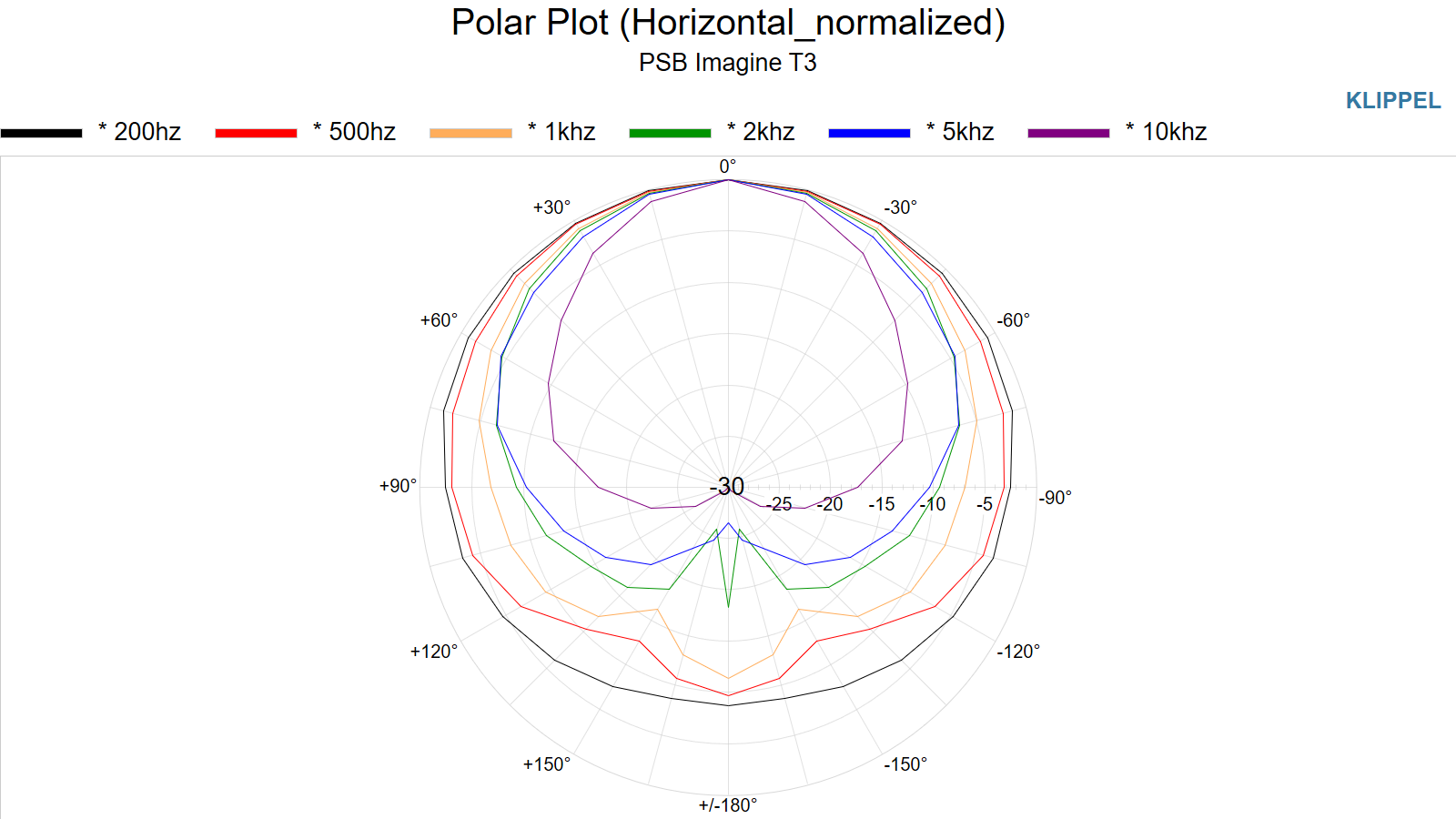 If you look at the polar plot, you can see a significant decrease in the posterior radiation energy in the 200-500 Hz range.
This speaker looks like it's getting its size right.


Next, the harmonic distortion. 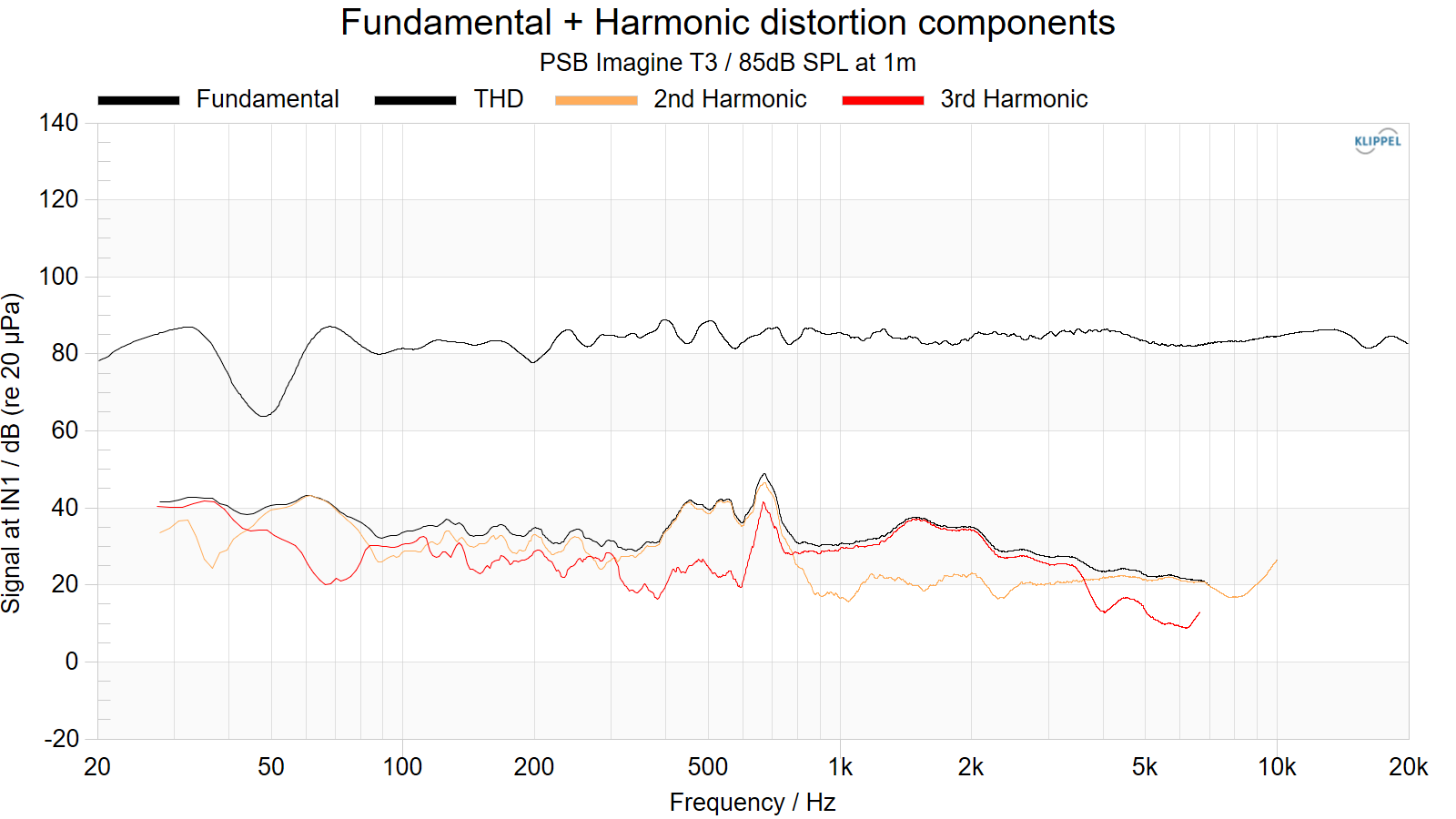 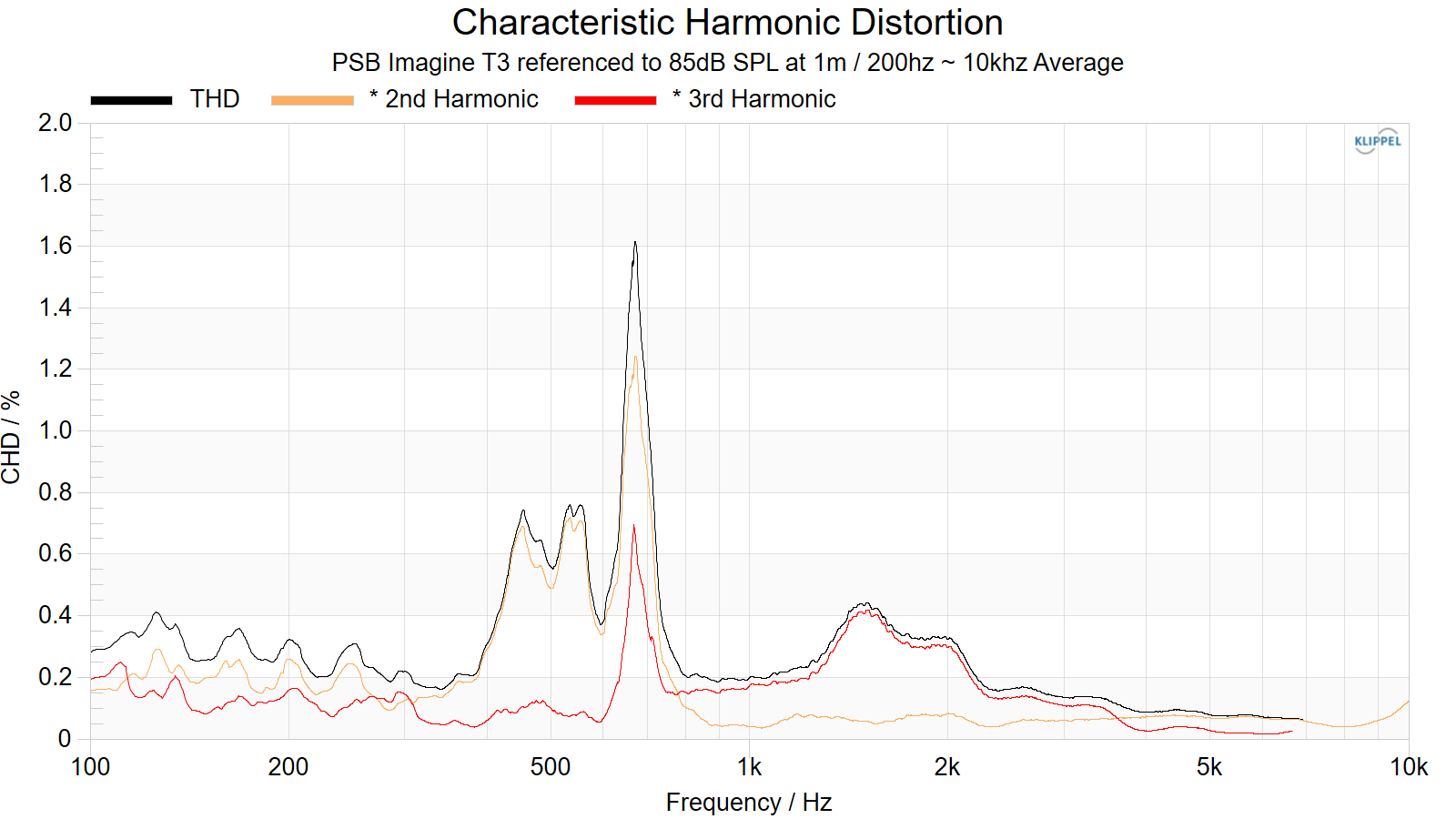 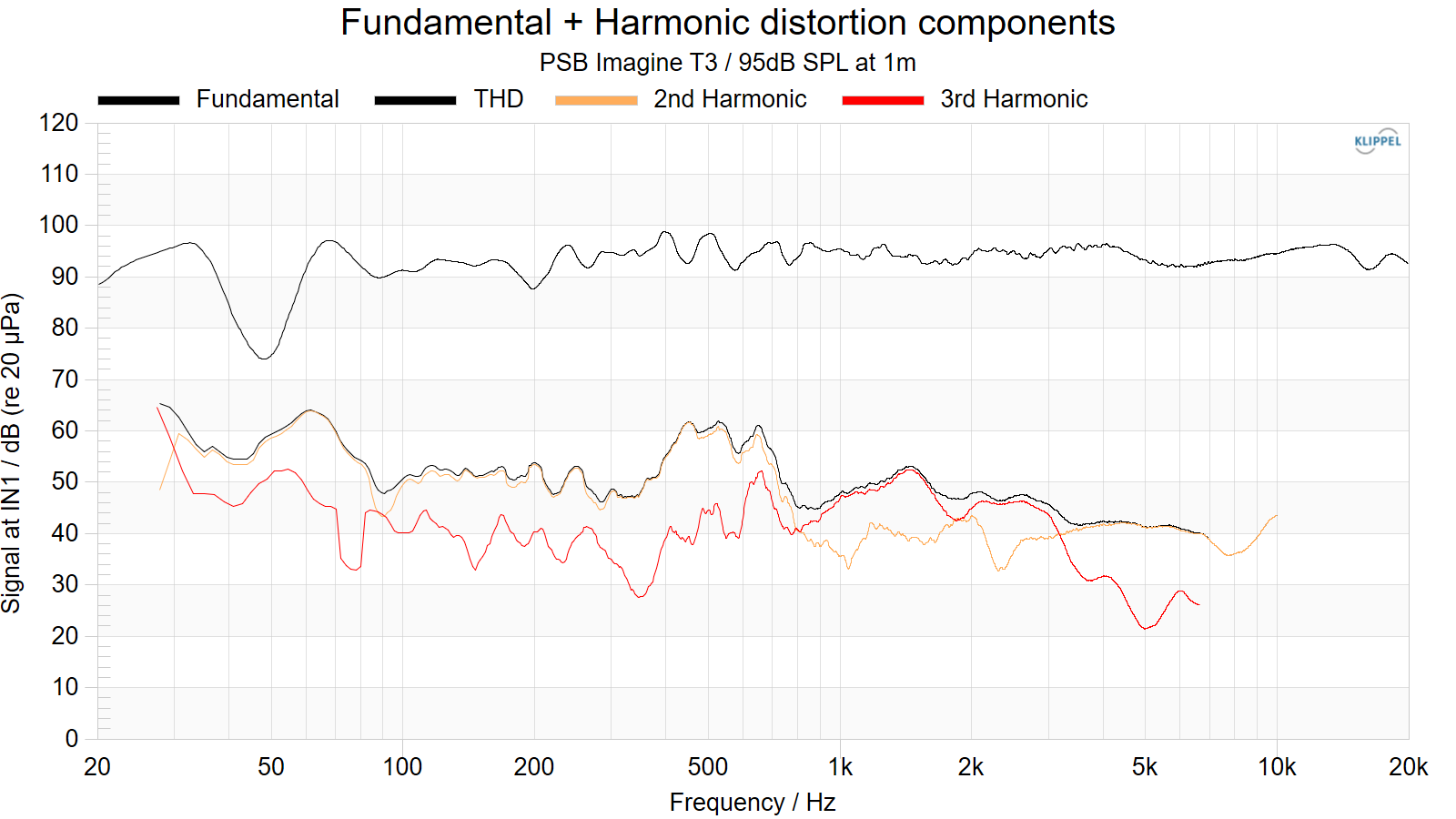 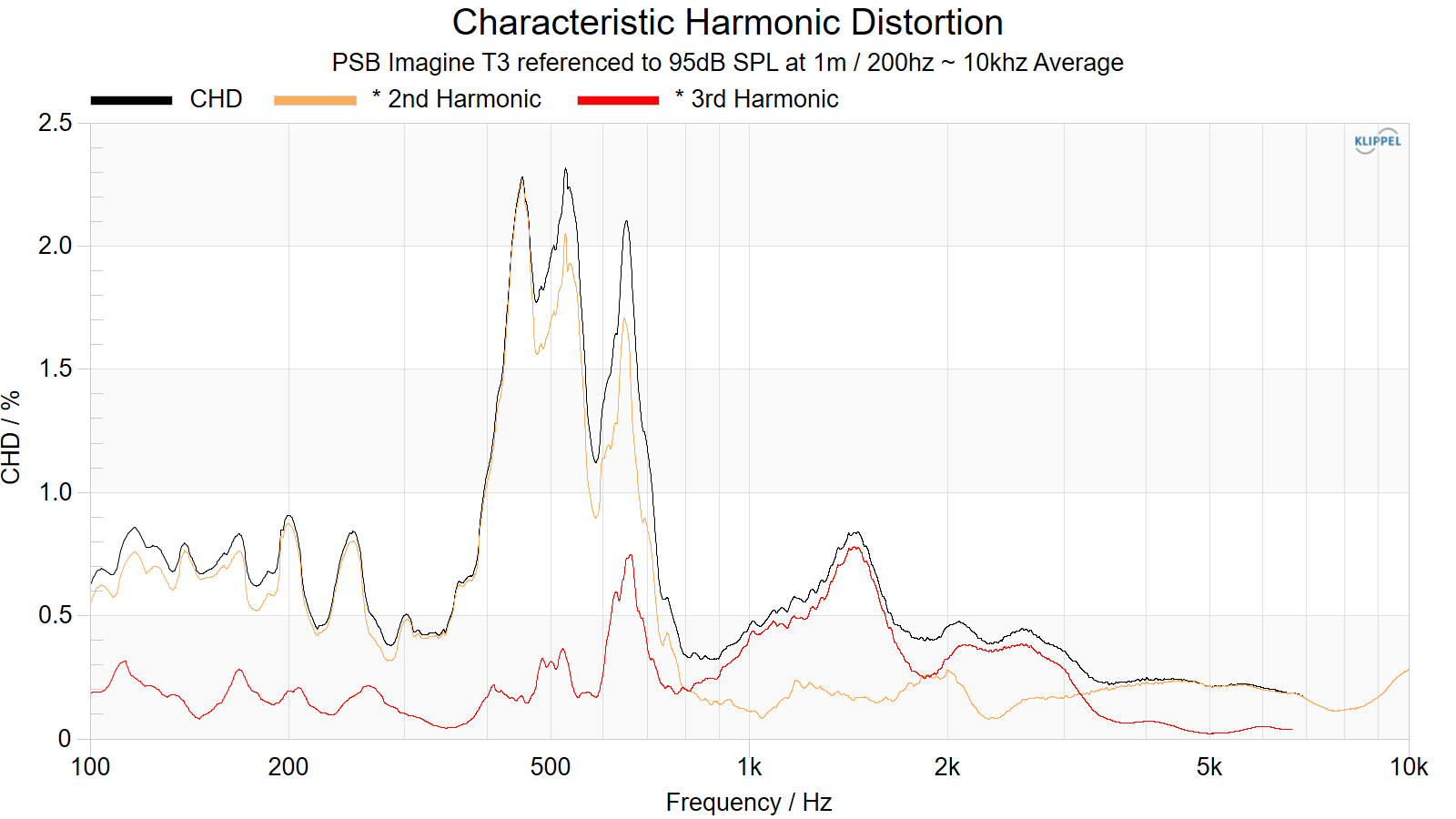 Harmonic distortion around 650 Hz increases by 2nd and 3rd simultaneously.
And this is relatively insensitive to the increase in sound pressure compared to other problems (around 500 Hz).

So I'm guessing this is an internal structural problem rather than a speaker unit.

Next, the multi-tone test. 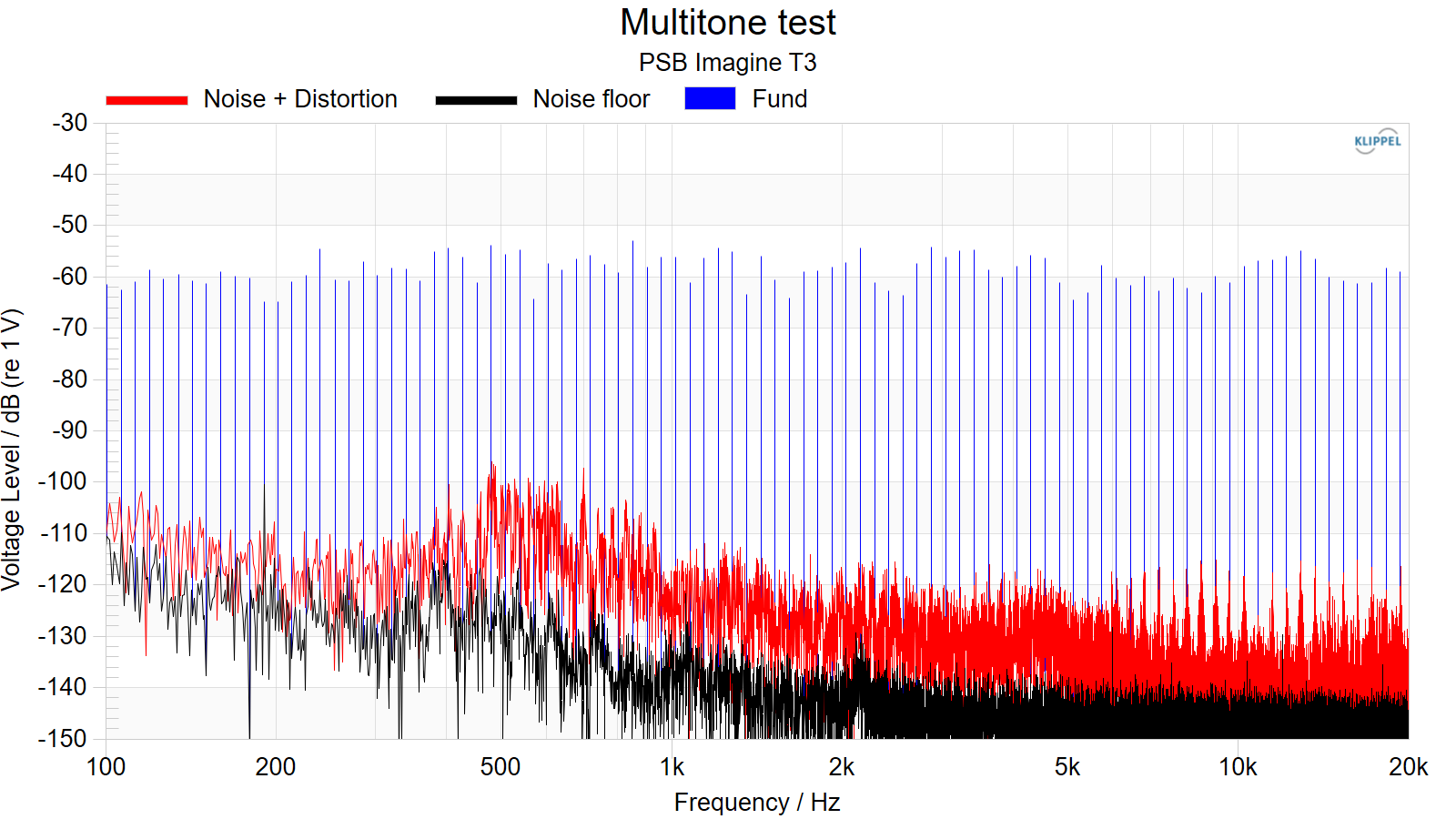 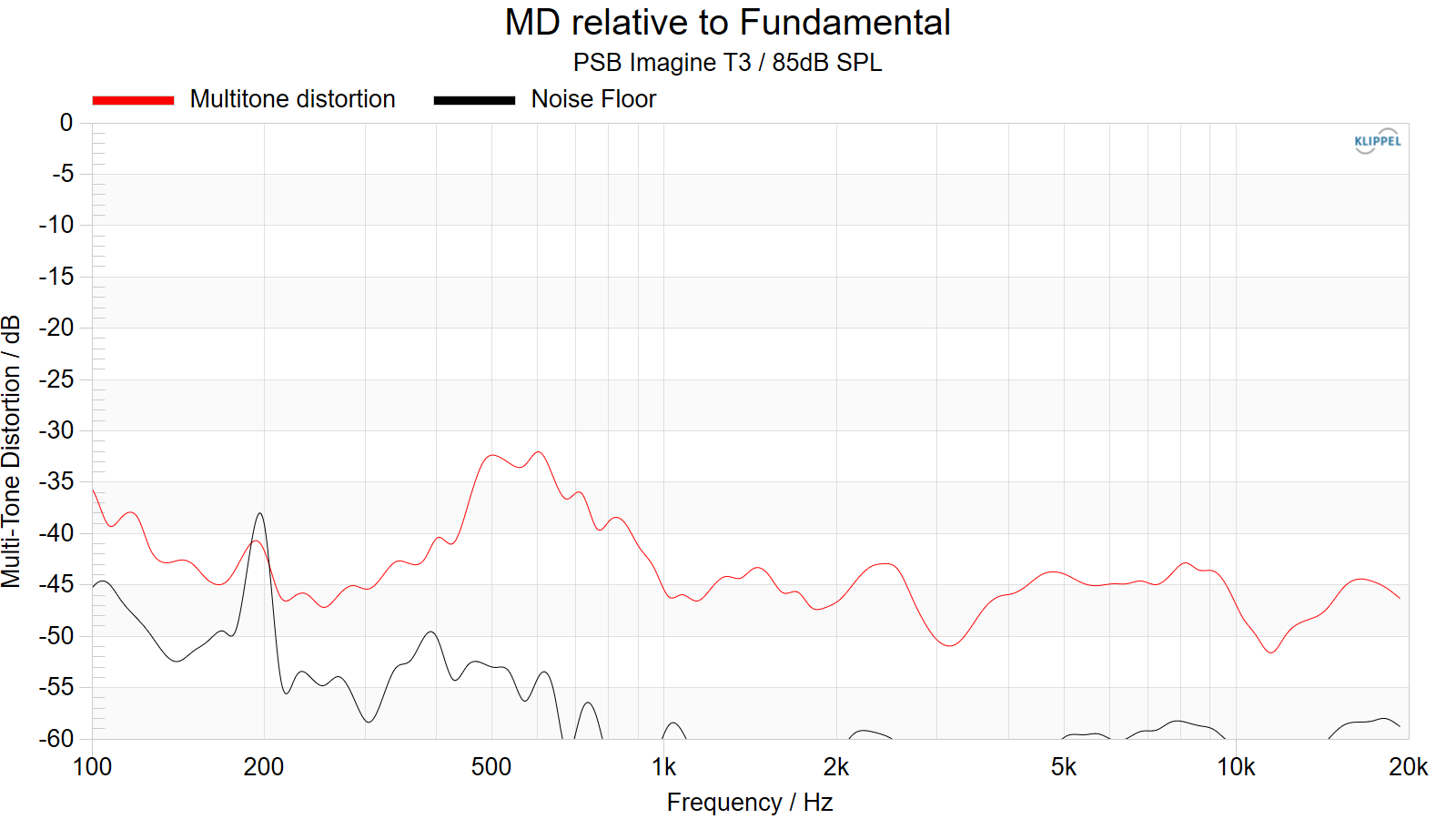 Except for peaks around 500 Hz, it's pretty clean overall.


The following is the multi-tone distortion for each sound pressure. 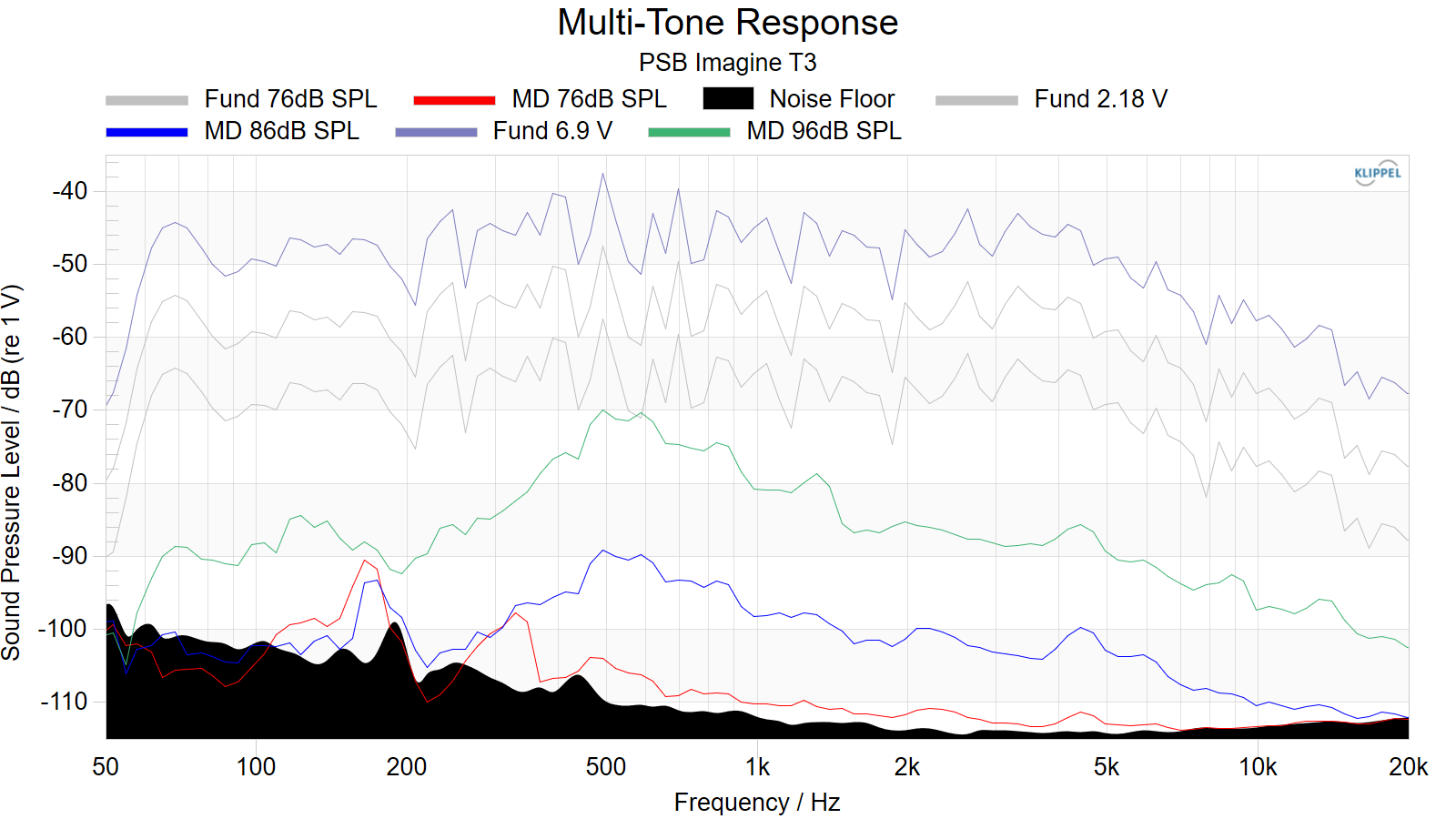 No specifications were found.

Note) 96 dB SPL seems to be increasing suddenly compared to 76 dB and 86 dB SPL in the 100-200 Hz section, which is an optical illusion.
This is because the band loses reliability due to background noise in the measurement space, at least for 76 dB SPL data.


Next, the compression test. 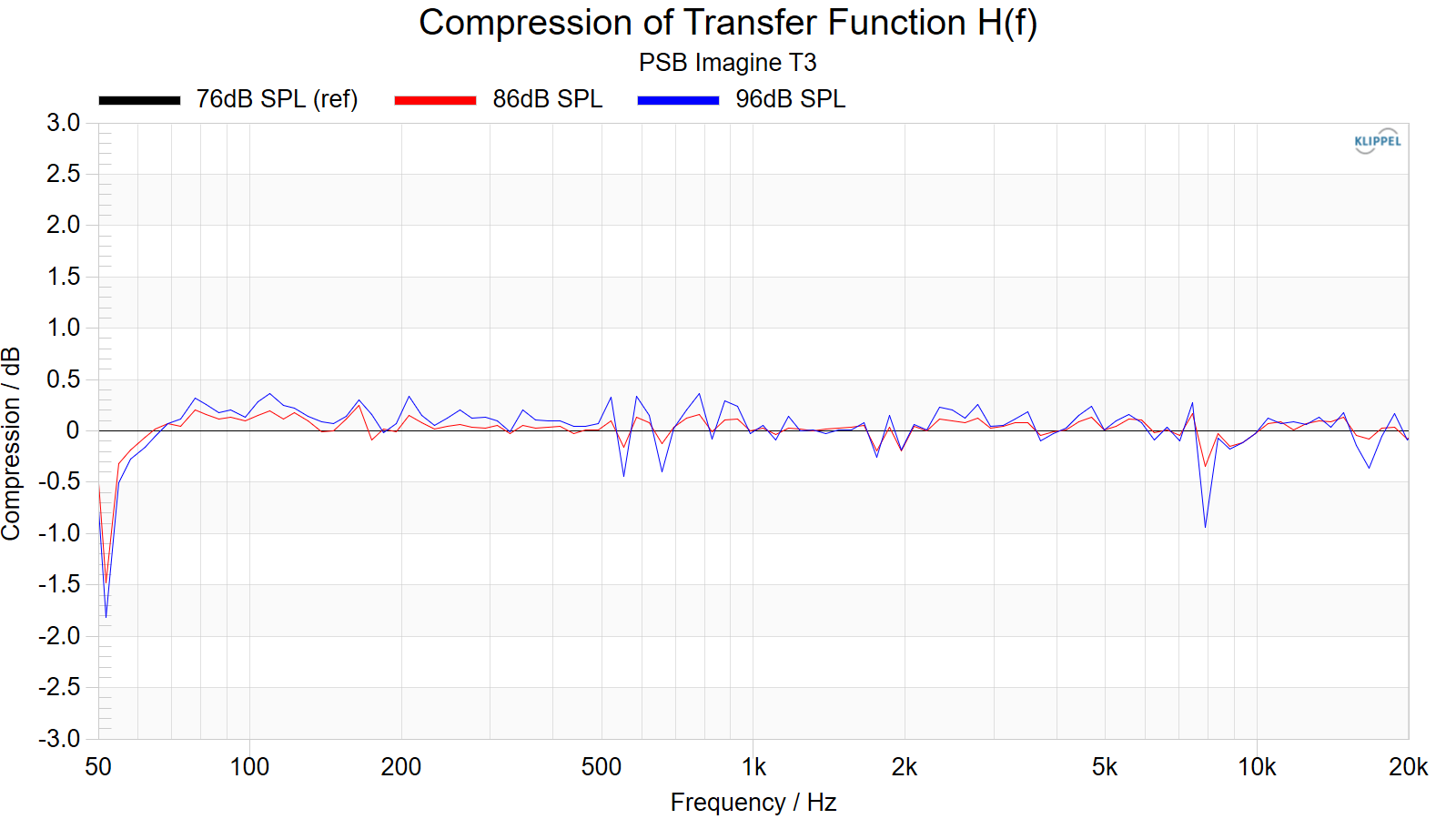 A maximum compression of approximately 0.3 dB.

I think this speaker will perform well in most cases if you can get enough listening distance (but the distortion in the mid a bit disappointing).
powered by Google translate

The commercial reviews were very good on this speaker, and nice used sets occasionally show up for sale at very attractive prices. Very tempting if you want a big, near full range, floor standing speaker.
Strange -- the older and more decrepit my ears get, the greater my desire to buy newer and better "audiophile" gear!

You can see the port resonances around 700Hz show up just a little in the frequency response plots.

The port resonances show up clearly in his near-field measurements of the woofers and port.
H

You can see the port resonances around 700Hz show up just a little in the frequency response plots.

The port resonances show up clearly in his near-field measurements of the woofers and port.
Click to expand...

Is the port resonance likely to disappear if all ports are blocked?
You must log in or register to reply here.