Feeding/charging a low-current draw device from a powerbank is not going to work with most powerbanks.

The reason for this is that a powerbank has an internal battery of 3.7V.
In order to get 5V from an output there is a step-up converter present in the powerbank that puts out around 5V.
Such a circuit draws current even when not loaded with anything. This would drain the battery even when not charging anything.
The solution is to switch off the internal DCDC converter when current draw drops below a certain value.
As most phones and tablets draw quite a lot of current when charging (everyone needs fast charging) the DCDC converter will switch on when enough current is drawn.
That charging current will drop when the, to be charged, device is (almost) full.
When that minimum required current is reached the DCDC converter will switch off as the device is charged and the powerbank itself won't be loaded any more.
Depending on the ports(1A and/or 2A) and circuits used the output switches off somewhere between 50mA and 200mA.
When the current drops below that threshold current the output(s) of the powerbank switch off and thus stop supplying 5V.

This is a problem when you want to use the powerbank to charge or power low current circuits.
In my case the to be powered device draws less than 50mA.
The output of the powerbank senses a low current draw and thus either does not switch on or switches off again after 10 to 20 seconds.

A solution would be to add a resistor that 'bleeds' a current just below the minimum required current.
BUT that would draw say 80mA/h and drain the battery a bit more as well as dissipate heat (0.4W).

My solution is a simple circuit that 'draws' very short 130mA pulses every few seconds.
Of course I am not the first to think of this but thought I'd share my solution with DIY'ers that also may (have) run into this.
As these pulses are very short (small duty cycle) there is just a 10 mA/h current drawn and the output stays 'on' so 5V will remain present untill it is removed from Powerbank.

The circuit is shown below:

People have a tendency to overestimate their hearing capabilities.
Use your ears to listen to music not as an analyzer.

Why not just use a high efficiency standalone buck converter and an 18650 in a battery holder?

https://www.ebay.com.au/itm/5X-Sing...battery+holder&_from=R40&rt=nc&LH_TitleDesc=0
Ricky Roma: I subscribe to the law of contrary public opinion... If everyone thinks one thing, then I say, bet the other way...
OP

Yes, one could whip up all kinds of alternatives.
In the case case of the converter one would also need an enclosure as well as a charging circuit and make that in a box with a switch so you can switch off the converter when not in use.

Had thought about 4x AA rechargeable + low drop low current regulator but would also have the same issues.. charging port+electronics and a switch before the regulator.

I had already bought a Varta 13.000 powerbank with 2 ports + LCD power indicator anyway that looks great as well. But not specifically for this application alone.
Has THIS board inside it so it seems.
All I needed was a USB cable with the circuit in it which was way easier to make.

The 'fun' part of the circuit is that I 'tuned' the circuit (R1 and R3) so that when the drawn current drops below 8mA (the batteries are full in the circuit) on the 2A port is that the powerbank switches off its output. On the 1A port it stays on indefinitely so have a choice.
Will be different on other banks perhaps.
Last edited: Aug 14, 2018
People have a tendency to overestimate their hearing capabilities.
Use your ears to listen to music not as an analyzer.

Hi, solderdude,
Do you have a Gerber files for this device?
I've got the same problem with powerbank,
so need the same solution. Cant built it myself
and service companies need such files
in order to do it…
Thanks
W
OP

I didn't make a board for it. Built it 'spider' wise with SMD caps (C1) and 0805 sized SMD resistors soldered directly to the IC pins.
C2 was CML cap (2.5mm TH) and DIP-8 IC.
cut an USB cable and soldered the wires to the 'spider'. Shoved it in a very small square plastic 'tube' I had lying around and use shrink wrap around it.

Would be possible to whip up a small PCB for it. Perhaps in all SMD without any connectors. Such a PCB could be ordered in small gty's (say 10 pieces) or so and would cost around $ 3.- per bare PCB.
Would take a month or so before I could have them in my hand for around that price.
People have a tendency to overestimate their hearing capabilities.
Use your ears to listen to music not as an analyzer.
P

Thanks for respond…
Actually I only need one piece of this device,
so probably making a PCB not worth it (and a cost);
Maybe You can make the same as yours for me;
If so, how much could be the price?
You can make it in spare time, no rush;
Thanks
W
C

The pulse = 130mA for a short duration and the rest of the time no extra current is drawn except that of the 555 itself.
A 7555 will draw almost no current at all.

When averaged over time the effective extra current draw is 10mA.

The circuit can be changed (optimized) when a lower average current is needed by changing the duty cycle of the pulse (R3) so that the powerbank itself doesn't turn off after a while. Depending whether or not there is a too low (but constant current) you can prolong battery life a bit this way.

Also one can play with the pulse frequency (C1) and seek the minimum frequency needed.

Finally one can change the pulse current (R1)

An optimal (lowest extra current draw over time yet keeping the converter active) can be achieved for specific applications and powerbanks if needed by changing the above combinations.

As it is now it works with the few powerbanks I tried.
People have a tendency to overestimate their hearing capabilities.
Use your ears to listen to music not as an analyzer.
C

thanks for your fast respond.
but what is the ratio from time on to time off (in seconds)
OP

The current is just Ohms law (4.5V/R1)
People have a tendency to overestimate their hearing capabilities.
Use your ears to listen to music not as an analyzer.
R

Does the circuit not stay on long enough ?
People have a tendency to overestimate their hearing capabilities.
Use your ears to listen to music not as an analyzer.
R

I am trying to keep-alive a powerbank usb c, but nvm my previous question, I think that I found a combination that works, with 14.2k instead of the 100k and 1 ohm instead of the 33 ohm, but I am just not sure if that combination will draw too much current over time or something
K

I just stumbled on this by accident. Nice idea, will give it a try for my little CMOY project.
OP

Lately I found that the cheap Chinese USB current meter (with LED readout) did something similar and keeps the USB port active when no load is present.
People have a tendency to overestimate their hearing capabilities.
Use your ears to listen to music not as an analyzer.
D

restorer-john said:
Why not just use a high efficiency standalone buck converter and an 18650 in a battery holder?
...
Click to expand...
Some older power banks were "always on" using just such a convertor. I have one I keep for applications like the OP's.
Their disadvantage is that they need to be recharged regularly even when not in use. 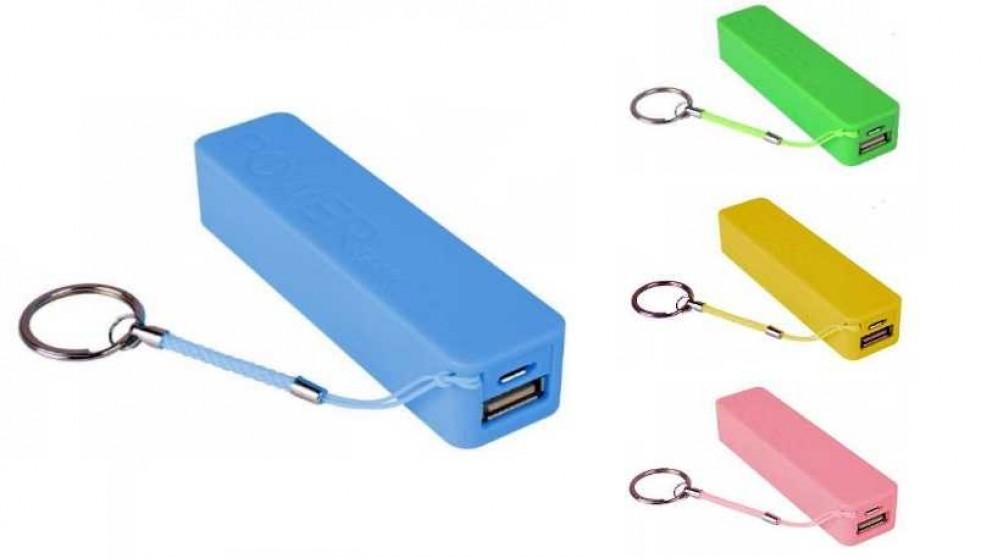 "People hear what they see." - Doris Day
"Social distancing" is the wrong term. It should be "physical distancing". These days it's more important than ever to maintain social connections.
G

You aren't looking for a power bank but for a UPS.