This is my review for the new "Windows Media Player" that was included in a Windows 11 update. I discovered that I had it installed via the Microsoft Store. I'll mainly be comparing against it to Windows Media Player 12. This review focuses on the Music aspects not the Video ones.

Before I start the review lets just have a quick look at what were dealing with: 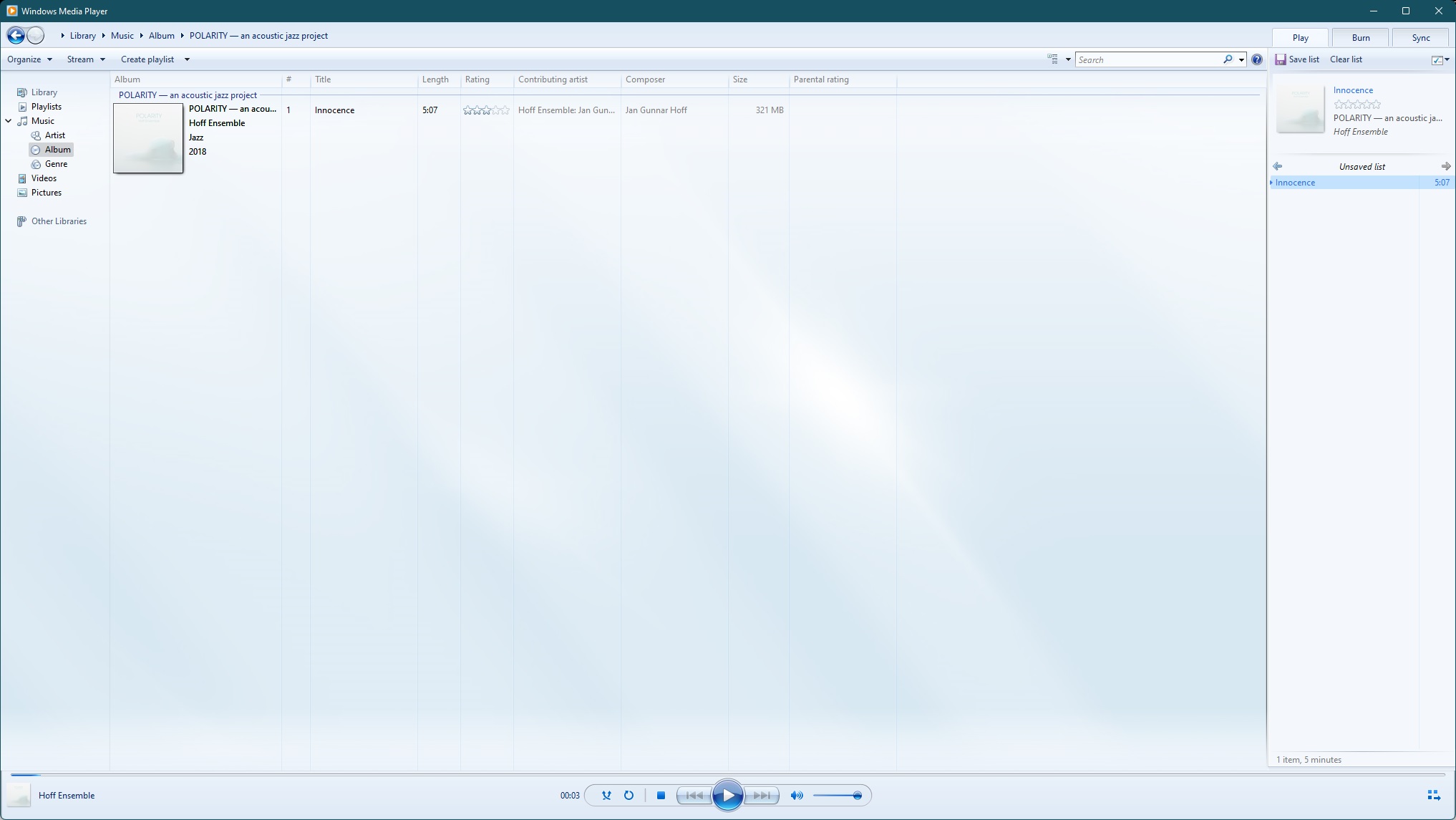 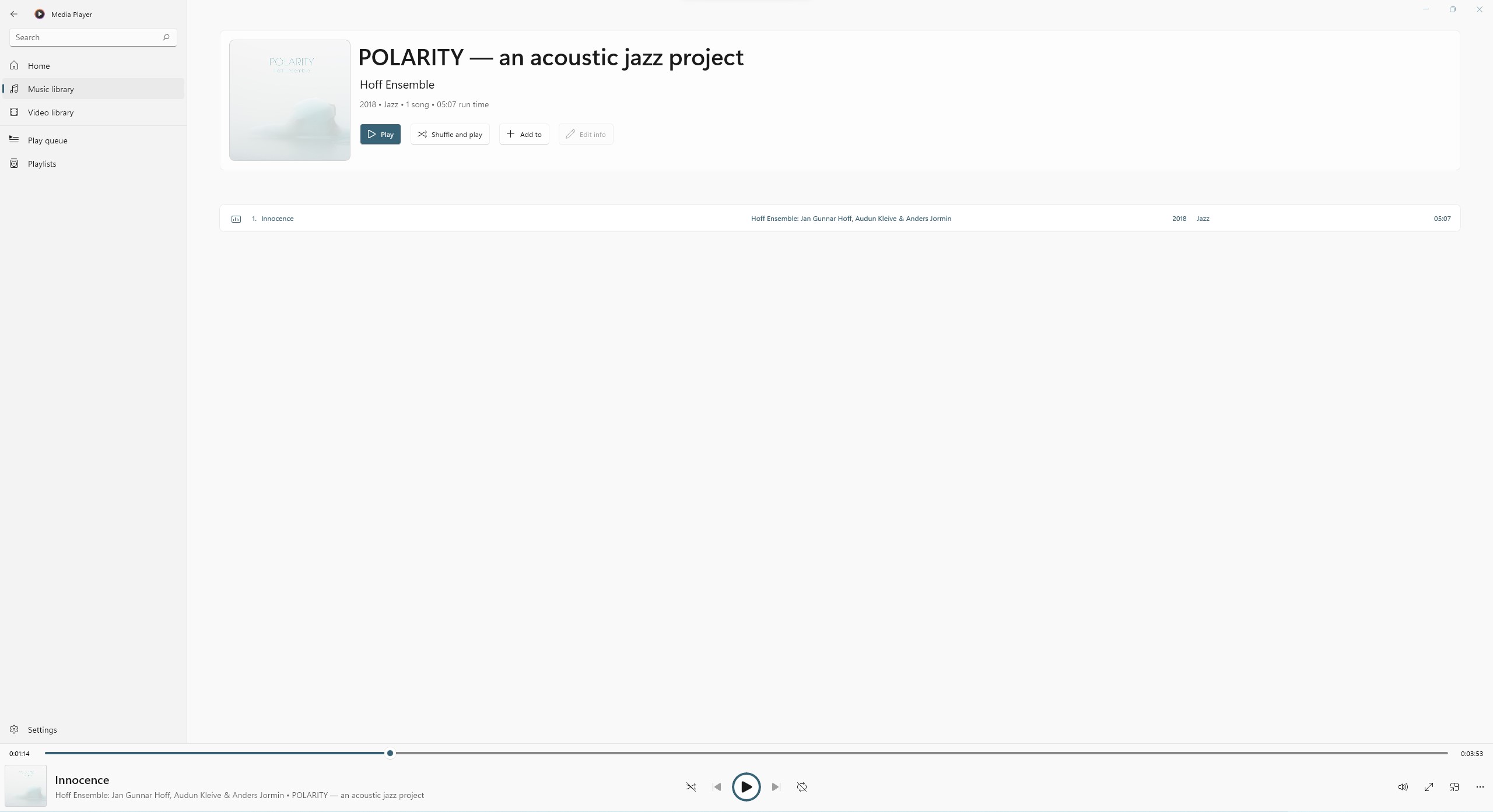 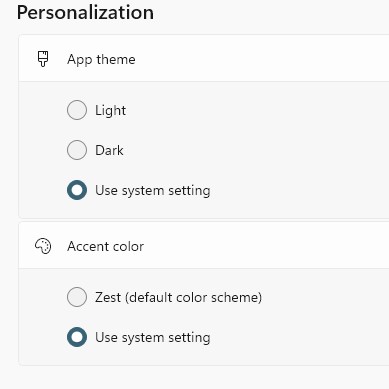 Although WMP12 doesn't offer color options, it does offer custom Skins and custom visualizations, which will be talking about later.

If you want some skins, Skin Factory re-released there skins: https://www.theskinsfactory.com/wmpdesign 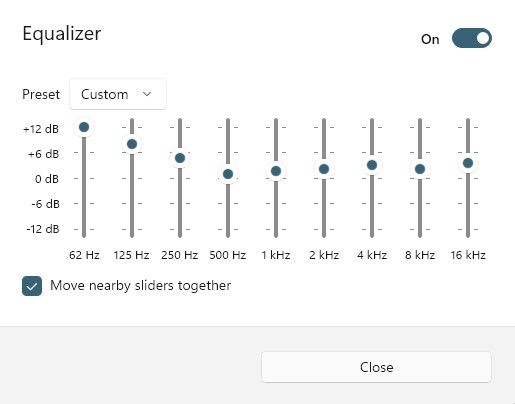 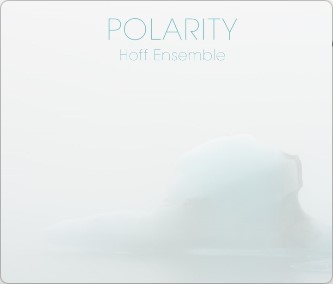 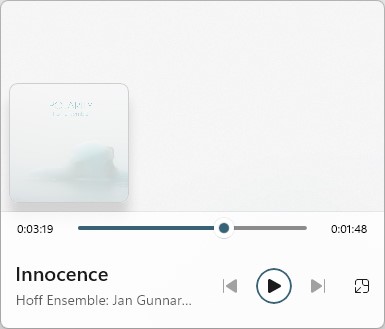 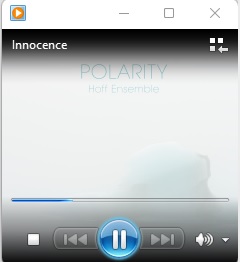 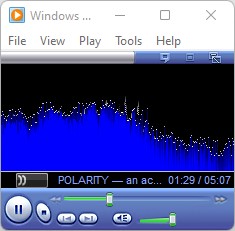 New WMP doesn't any have visualizations while WMP12 has a good amount of default ones and you are able to add even more. 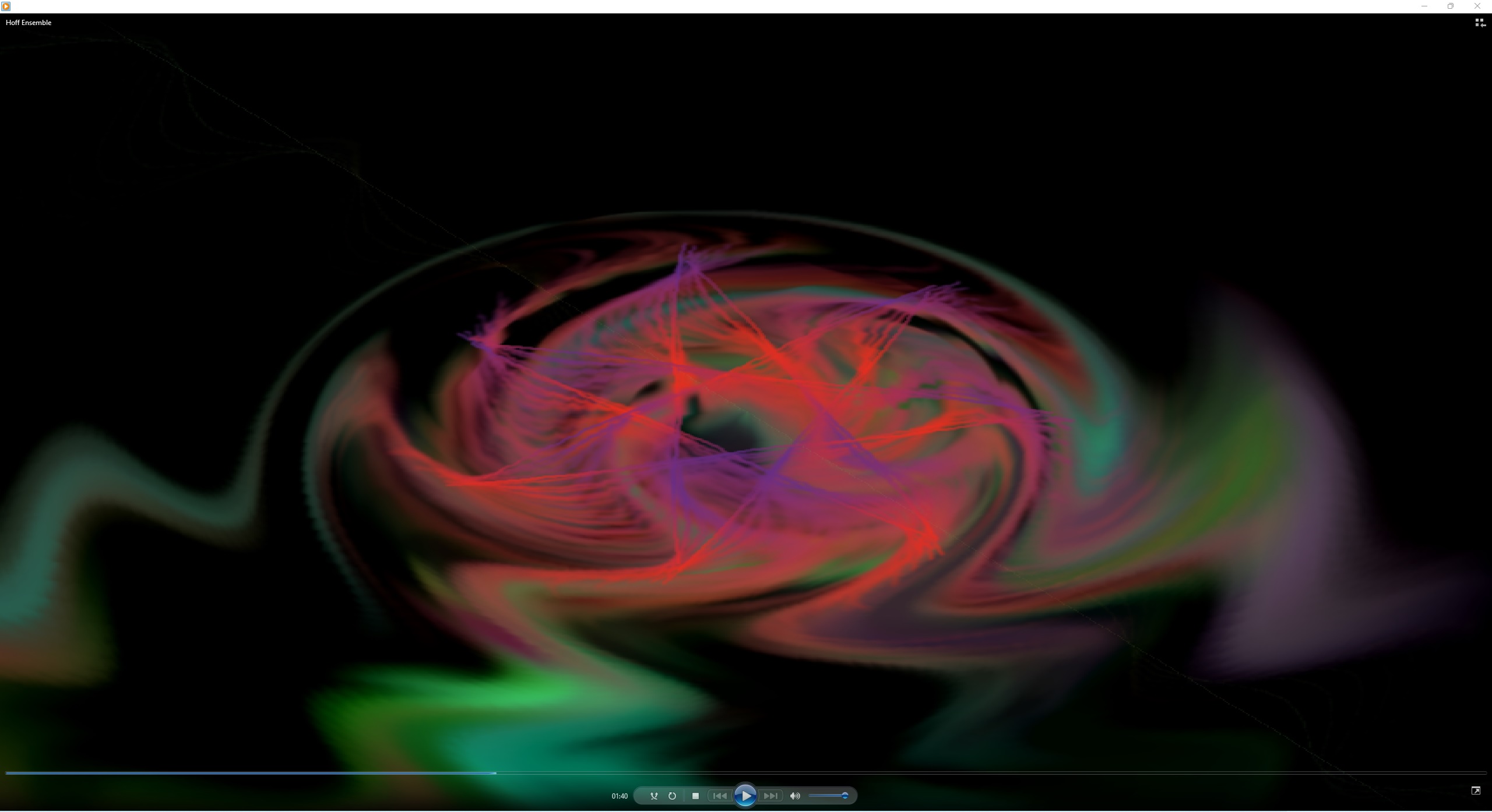 Although ripping a CD with any WMP is a sin for perfectionist audio lovers, WMP was a good ripping tool for the average joe. New WMP does not offer any ripping option while WMP12 does 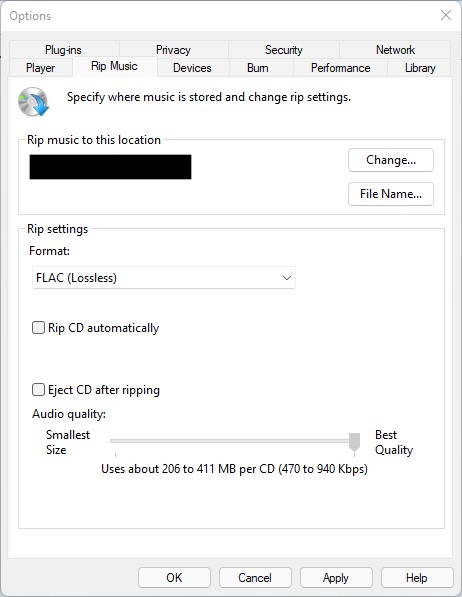 Formats:
WMP12 can play a good amount of common formats like FLAC. New WMP supports more formats like OGG. You can make WMP12 play OGG files with Plug-ins and Codecs. There is no New WMP official format list. 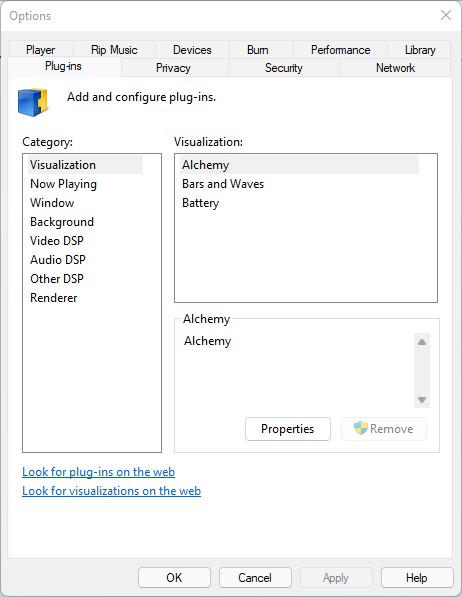 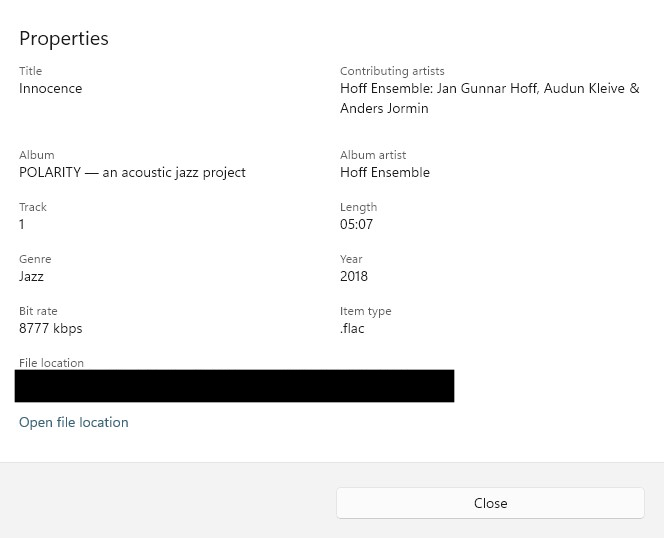 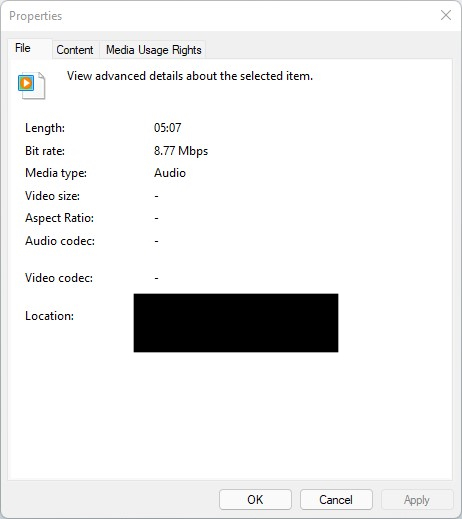 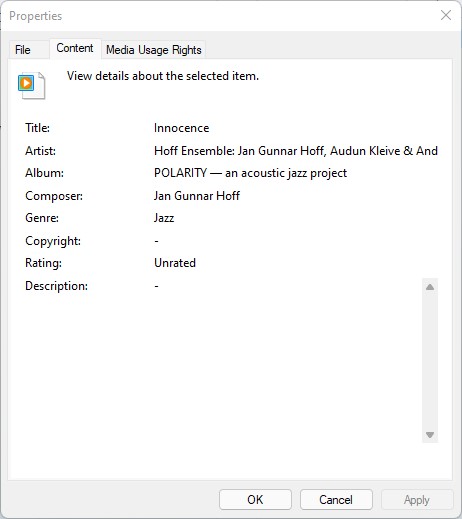 Both are missing the "Bit Depth" and "Frequency" when comparing to other players.

For whatever New WMP doesn't want to edit any Info. Even when you select a song directly, and click the "Edit Info", It just then deselects. 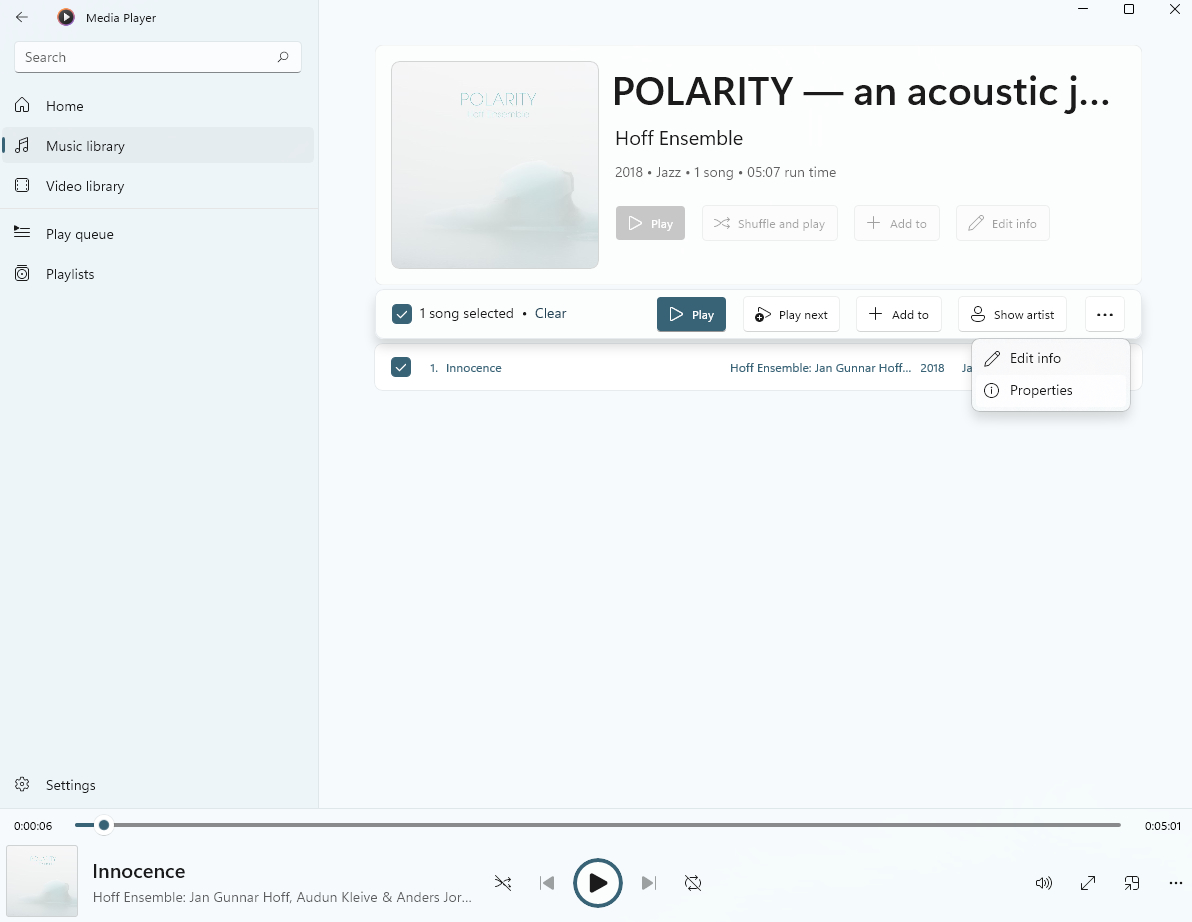 With WMP12, you are easily able to edit a good chunk of the metadata.

New WMP has an option to lookup missing info automatically but that's about it. It is turned on by default. 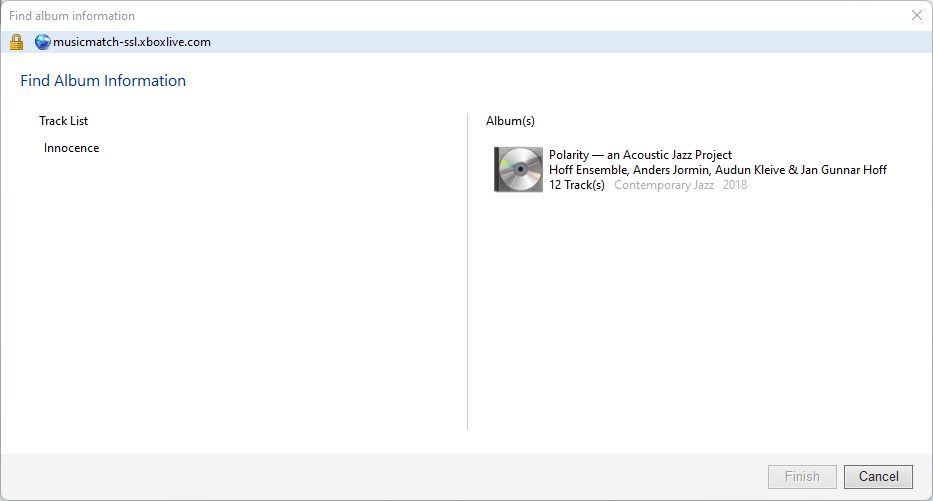 "Automatic Retrieval" has 2 options itself. I'm fairly certain it is enabled by default on "Only Add Missing Information". 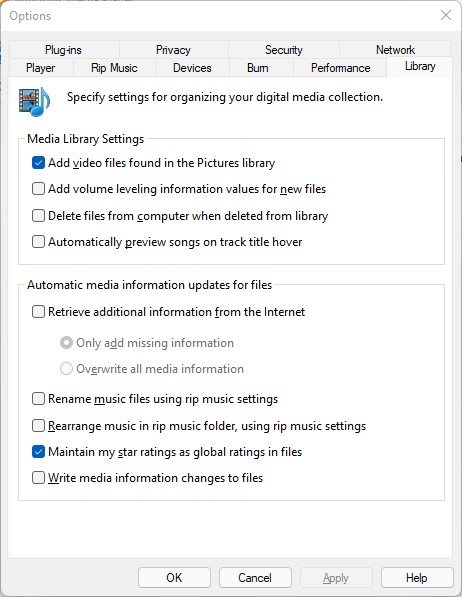 "Find Album Info" is a feature where you can force the player to lookup metadata automatically for your album.

Output Support:
Both WMP12 and New WMP do not have customizable output settings.

I use WMP only for compatibility with SonicStage Mastering Studio Audio Filter (the only way I have found so far to use VST effects for casual listening not in a DAW). This is the way I got to use a good EQ on MDR-ZX110 because bad quality EQs didn't make ZX110 sound quite as good. I suspect that is why ZX110 users didn't universally favour amirm's EQ settings.
DACs and ADCs assist in knowledge dissemination, and they perhaps reduce hostility, bridge cultures, and improve writing skills.
Let's discuss Sony VAIO's consumers as Mastering engineers I DSD audio I SBM Direct I DSEE HX I VRML VR !
D

Yet another media player that tries to do way too much.
All I need a media player to do is... are you ready?... play my media files.

MPC-BE ... The black edition of Media Player Classic does this perfectly well and uses about 1/5 the space.
Available from Source Forge and the Microsoft Store ... for free.

Douglas Blake said:
MPC-BE ... The black edition of Media Player Classic does this perfectly well and uses about 1/5 the space.
Also available from Source Forge
Click to expand...

"13 is the final version and the program has been officially discontinued as of July 16, 2017, due to a shortage of active developers with C/C++ experience."
Click to expand...


If I install it and point it to my Music folder, will it create files or something?
Does it uninstall properly or it needs seek & destroy missions in the Registry?
Last edited: May 15, 2022
2022 CE
D

"13 is the final version and the program has been officially discontinued as of July 16, 2017, due to a shortage of active developers with C/C++ experience."

Where did you get that?

The older MPC-HC was abandoned. MPC-BE carries on as a fork from the original project and is still in active development.

I still rip CDs. I tend to buy music I like on CD and rip to FLAC to put on my phone.
I used to fly, but I go the modern way now, by bus.

Douglas Blake said:
Where did you get that?
Click to expand...

Exactly... The only thing they share is the "Classic" Windows Media player appearance.

For proper clarity here are the links again ....

MPC-BE ... The black edition of Media Player Classic does this perfectly well and uses about 1/5 the space.
Available from Source Forge and the Microsoft Store ... for free.

The MPC-BE program is still in active development.
D

Katji said:
If I install it and point it to my Music folder, will it create files or something?
Does it uninstall properly or it needs seek & destroy missions in the Registry?
Click to expand...

It's a media player ... you click on a song or movie file and it plays it.

Wonder it art work is still resized to 240x240.
It was one of the reasons I dropped WMP about a decade ago
T

It gets updated once in a while. I don't know though what's going on with madvr (long story), I stopped caring actually, using Libreelec (kodi) lately and it gets the job done.

Vincent Kars said:
Wonder it art work is still resized to 240x240.
It was one of the reasons I dropped WMP about a decade ago
Click to expand...

No...at least not in the full screen mode or the Now Playing view, but it does still create that Art Cache folder...and something I did a while ago caused it to always show the small resized version. The full size original image needs to be resized for the full screen / Now Playing view though, because [like the Soundcloud format used here] it only shows part of the image. Quite incompetent/silly not to resize it to actual size of the window.
2022 CE
D

This one does not.

If you uninstall it you can also elect to remove your settings.
Or better still... just elect to save settings in the player's folder.

It gets updated once in a while.
Click to expand...

Douglas Blake said:
This one does not.

If you uninstall it you can also elect to remove your settings.
Or better still... just elect to save settings in the player's folder.

User settings should be stored in C:\Users\user_name\AppData\Roaming
and 'scares' is not the right word there. But apparently you don't know.
...Let me spell it out to you: seek & destroy missions to clear shit out the Registry, even 20 minutes is too much, and programs are supposed to do it on uninstall.
2022 CE

Thanks for the rundown. I really have to ask, "Why?" That is, why does MS do this? The obvious answer would be they are somehow thinking of monetizing it. How? They attempted that with their Groove music thing, but it didn't work out for them the way they planned. Are they running ads for MS 365 in their music player?

My guess is that anyone even half-way serious about organizing and playing their stored PC tunes isn't going to go for this half-way effort.

Why do I call it a half-way effort? I'm currently using the age-old Music Bee free software. In just one example, EQ options, you can judge which application is serious, and which is , "Let's just throw something out there and hope it sticks." I'd show the other 'settings' in MB Player, but it would take up too much space. The 'settings' in MS Player are the EQ, and that's pretty much it. LOL

God, I hate to come down so hard on MS. But they do it to themselves. It's like they can't help it. 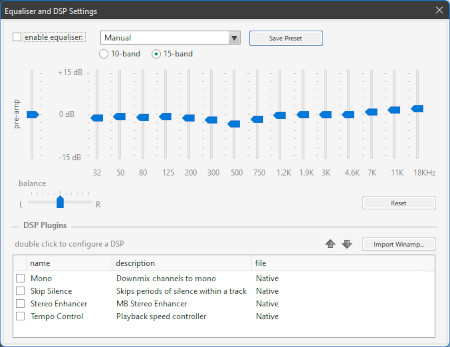 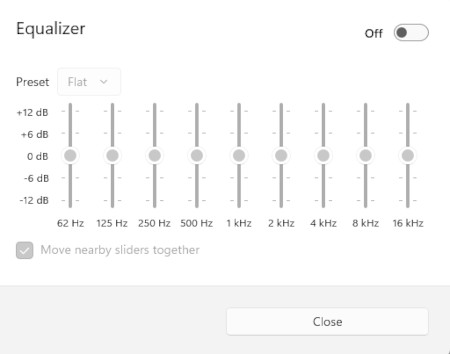 A few thoughts on setting up a new hifi