NTK said:
Problem withs "complex loads" are only problems for poorly designed amplifiers, be they class AB or D or something else. There is no evidence that PA5 is one of them.
The FR curves pma showed aren't any surprise. Amir didn't measure the A07 FR at different loads, but he did for the A05. You can see the FR differences at the highs with different loads, and I expect the A07 to be similar. It is no big surprise that the FR of an A07 as measured with speakers is not the same as the Hypex UcD (assumed invariant to loads). When you look at the PA5 FR, there is no difference for 4 & 8 ohms until beyond 20 kHz. Again, not something to worry about.
Click to expand...

I agree this shouldn't be a problem for pa5. It seems like pma tested 07 at 4 and 8 ohms here: 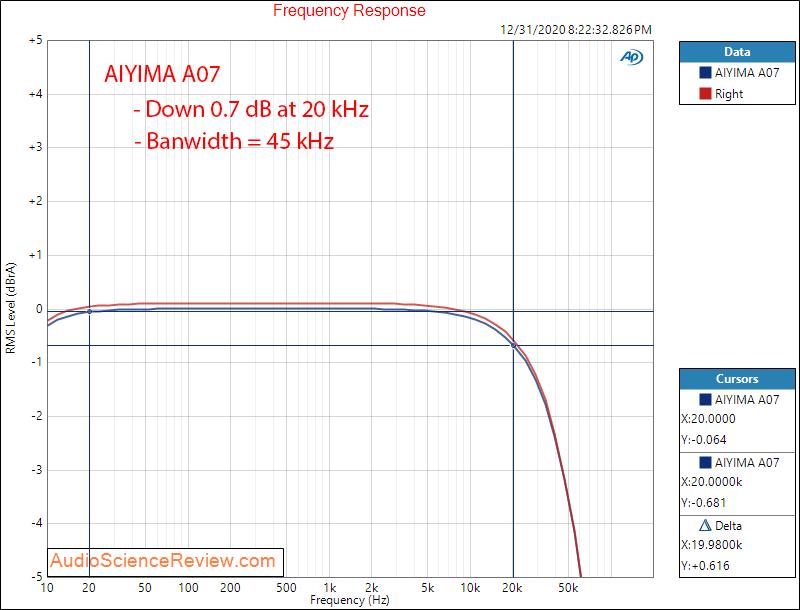 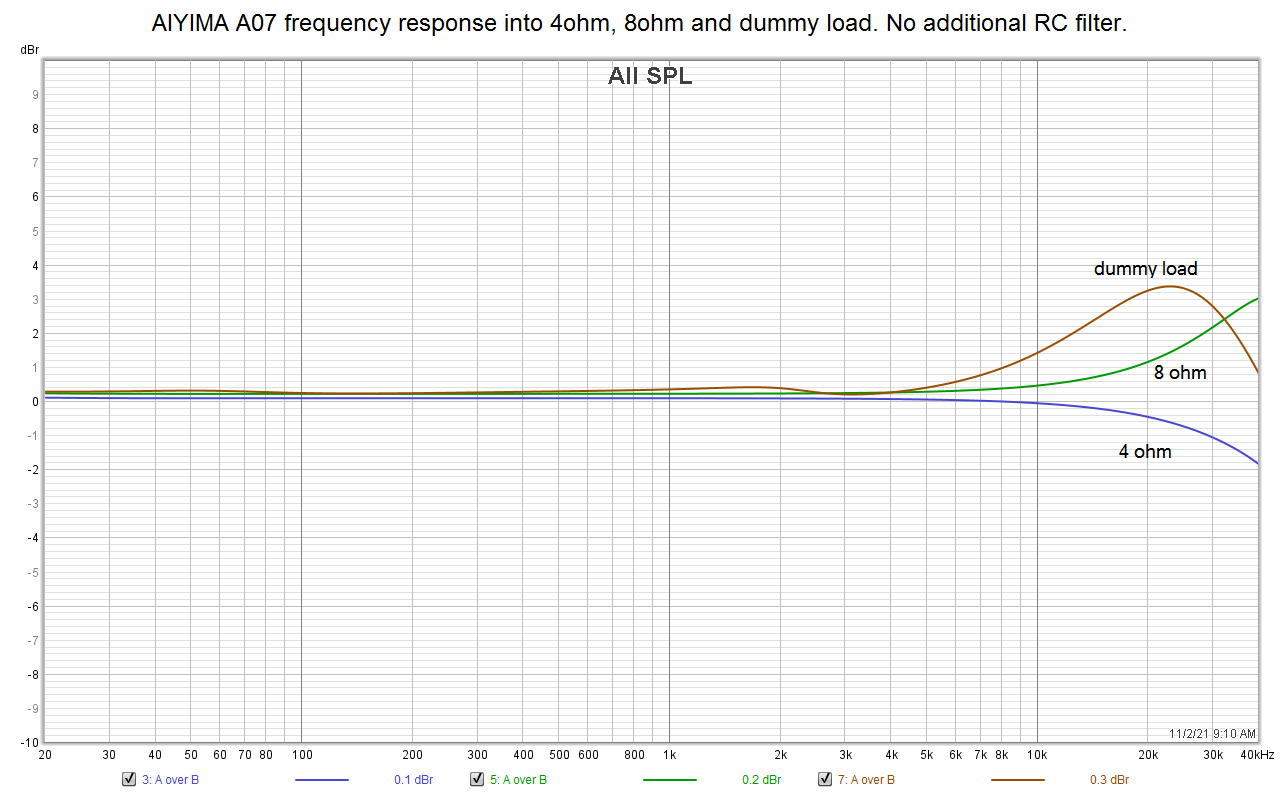 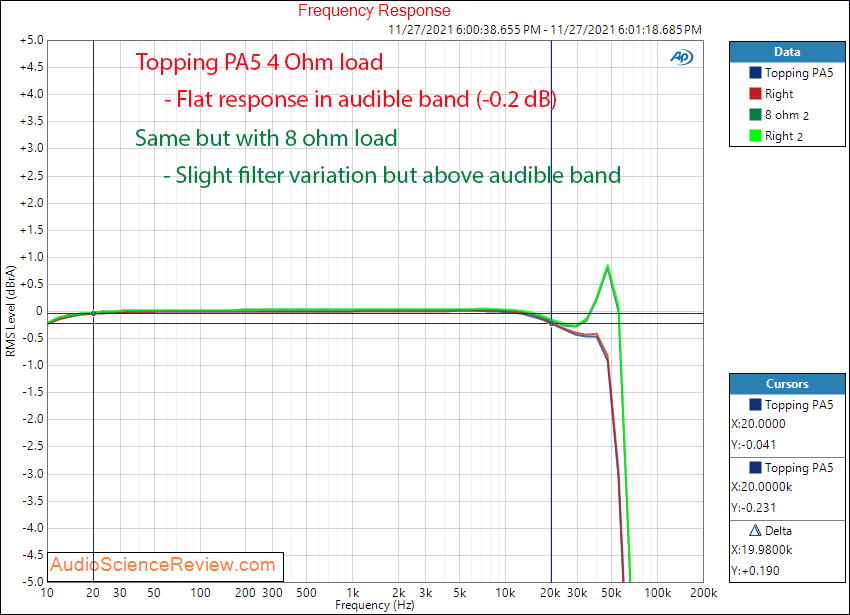 Now on to how much SPL we need. The good thing about digital is its max output level is fully deterministic. If you have a voltmeter, disconnect your speakers, set the volume knob at the highest you'll listen to, play a single frequency tone signal at a known level, say -10 dB full scale (you can use Audacity or some websites to supply the signal), and measure the output RMS voltage. (Use a 60 Hz signal if you are using a cheap multimeter.) You can easily convert that into power at whatever load resistance you are interested in. Scale that number to 0 dBFS and you've the max power your amp will put out. Apply whatever headroom you need for EQ, and you can easily judge whether you have enough and if your Metas can handle it. (I personally wouldn't worry too much with intersample-overs. But if you do, then multiply the number by a headroom factor of up to 2 to get your required maximum power.)
Click to expand...

I don't own a voltmeter and I'm more worried I'm going to electrocute myself. xD

I *just* realized... Amir's graph is SPL unweighted. So while it's conceivable for 100hz or 120hz to be at 95db, there is no way thd at 1.6khz can be heard since playback levels will never, ever reach that high. As frequency increases from 100/120hz so too does my ability to hear distortions, BUT playback level decreases. So, distortion does not look as bad as it might seem. 96db graph might be what bass thd looks like and 86db graph might be more what treble looks like.

...class-d amps are designed to take advantage that our audible range stops at about 20 kHz. They amplify audio by converting it into high frequency pulses (in the case of PA5, ~600 kHz), which the electronics can operate with little losses. The pulses are reconverted back to audio with low pass filtering. Therefore, they, by design, do not have bandwidth to >100 kHz.
Click to expand...

---
So looking at a thd% graph of a speaker which struggles are loud bass, with a sub and crossover would the "real world" thd% actually be lower than what is measured since the speaker is no longer asked to produced 20hz-20khz? I guess that depends on how thd+n is tested.

For subwoofer crossover frequency I guess it's best to test it in the room myself and see if I can localize bass. Some people said room modes helped them localize bass but with EQ and right placement in music it's not localizable. 4th or higher order slope with dsp?

So it seems like the PA5 was designed with 2.0Vrms DACs as the intended signal source. Any higher signal amplitude at the input will produce significantly more distortion at the output.
Click to expand...

The input sensitivity of pa5 is 2.6v according to spec. I thought using the unbalanced adapter to get my o2/odac to work with pa5 would lead to half the voltage and thus less power to Metas, but I guess it worked out.