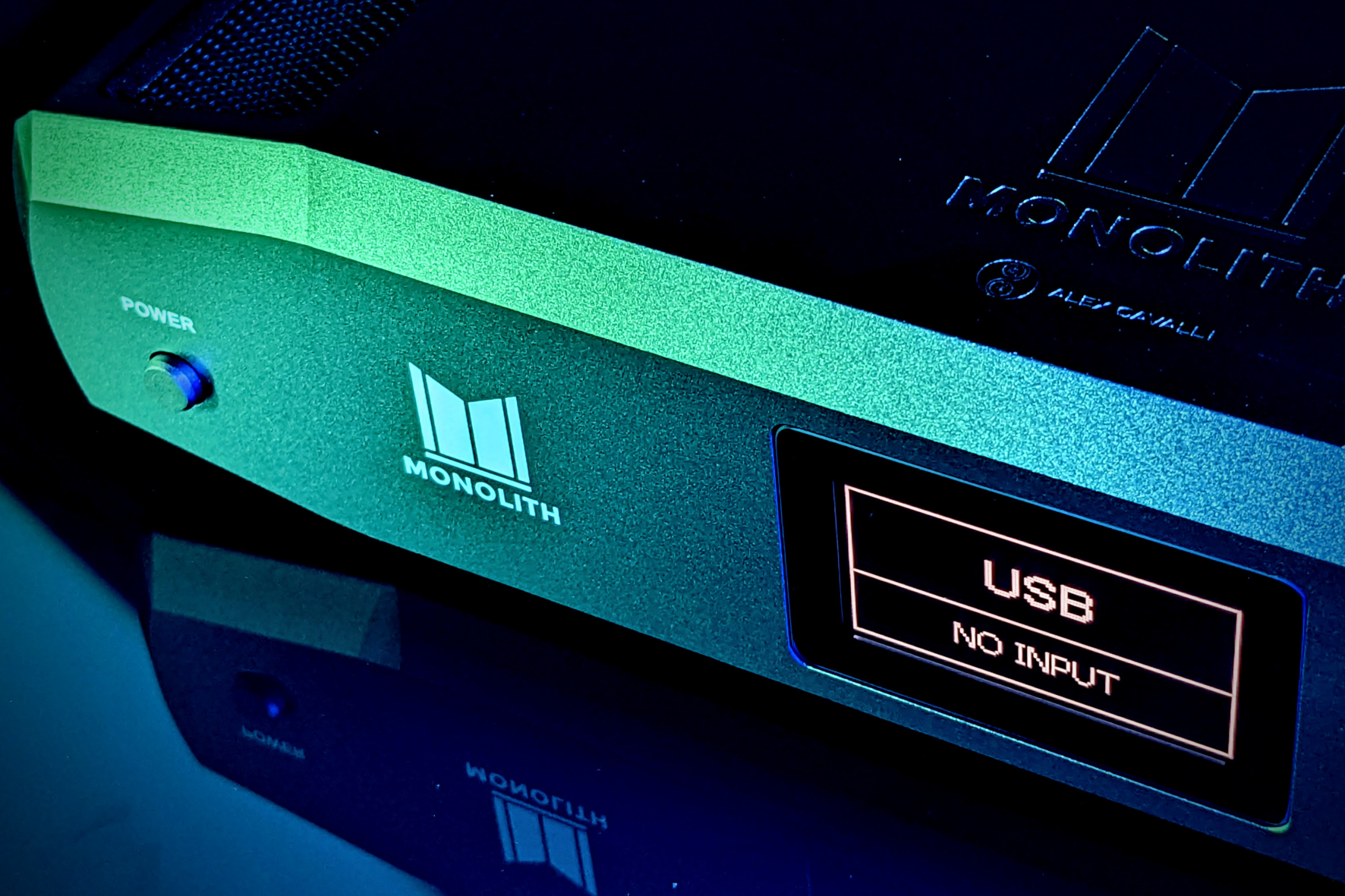 
It is time for a new measurements-based review. Today, I've got my hands on the (hold your breath): "Monolith by Monoprice Liquid Platinum Balanced Limited Edition DAC by Alex Cavalli (AKM4499)" for its official, and quite meaningful name. This DAC has been announced way back in late 2020, but does seem to have been launched only a few months ago. The "Limited Edition" stands for the lack of availability of the D/A chip it is based on, the AK4499 from AKM. It is a kind loan from @Audiophonics and costs actually 1049€ tax incl. As usual for Monoprice products, our US fellows may buy it cheaper straight from the manufacturer.​ 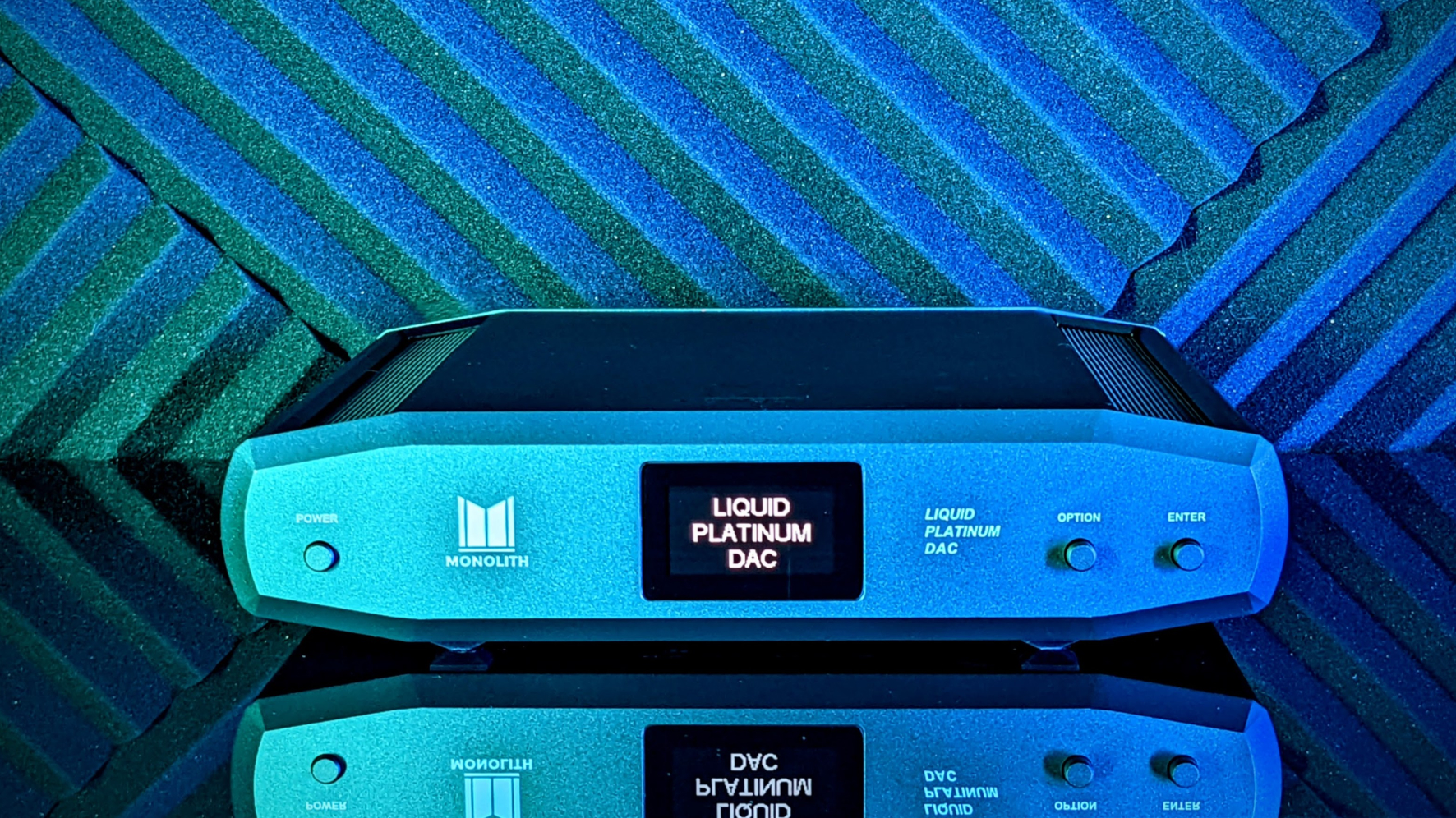 The Liquid Platinum comes in a beautifully finished and quite solid case. It is a raw DAC, meaning it really has no extra features: no volume control, no remote, just digital inputs, analog outputs, the end. The little screen is used to display its quite minimalistic UI. Apart from input and sample rate, you may only see switches between inputs and PCM and DSD filters using the two buttons on the left, which by the way don't have a great feeling when pressed. That being said, the overall build quality is indeed quite good.​ 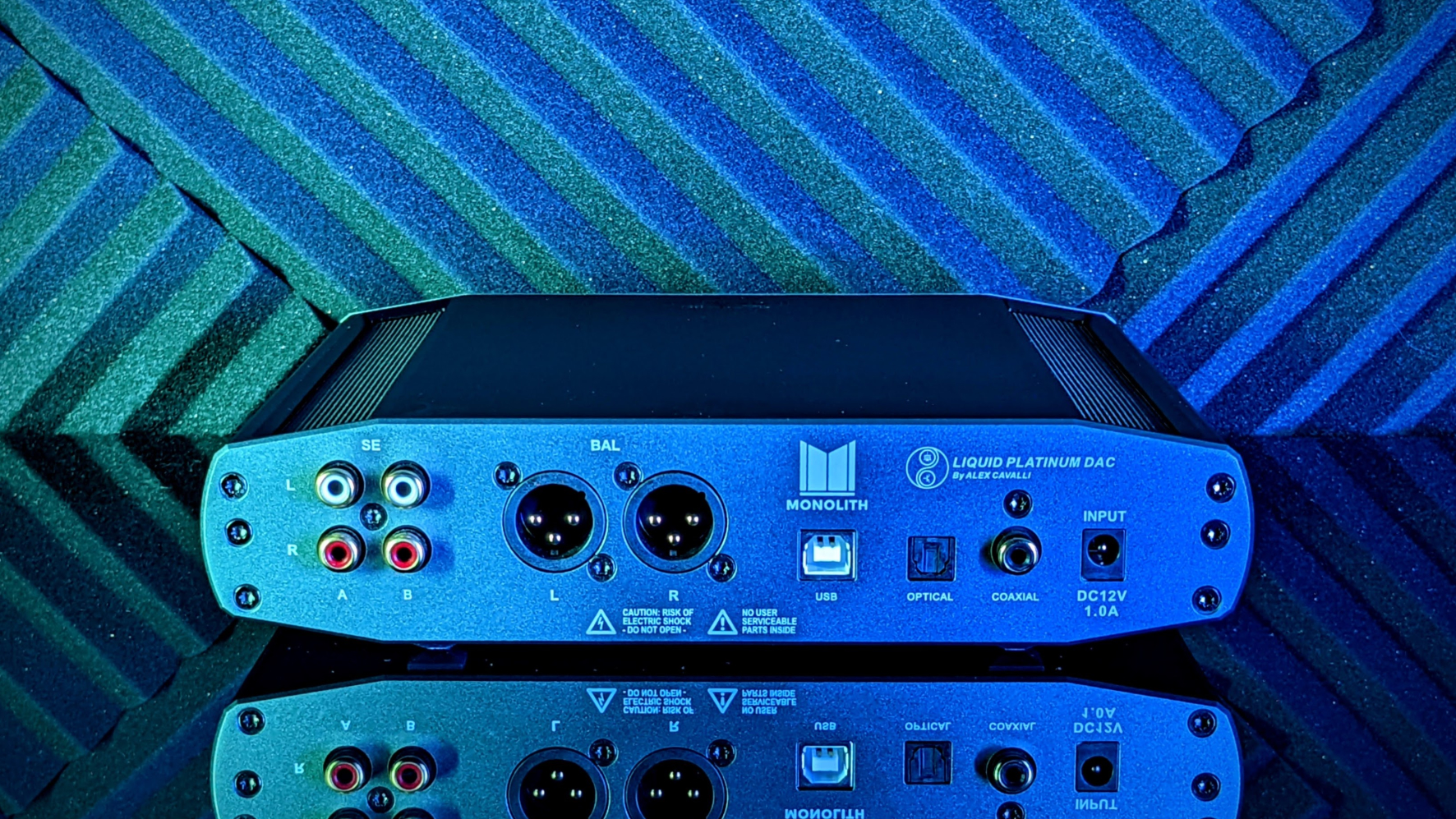 Looking at the back, I was first surprised to not see an integrated PSU when considering the Platinum's weight and size. Nothing really exiting to cover there, unless the weird presence of a second single ended output, which I'm not sure to understand its purpose... Remember these are all fixed output working in the same time, so maybe this is intended to feed both an integrated and a headlamp, I don't know. These screws and "monobloc" assembly are by the way too intimidating to try a teardown.​

Measurements​
Disclaimer: Measurements you are about to see are not intended to be as precise or extensive than what you get from a 30k€ AP. There is obviously both hardware and software limitations here, so not quite apples to apples comparison with Amir's testing. Still, this data is enough to have a pretty good idea if the gear is bad or not, stellar, broken, or sub-par...

OK... here we go again. Results are so good that I reached the limits of my Cosmos ADC in Stereo Mode. I then had to switched to Mono Mode to have a closer watch at its potential performance. Last time it happened was with the Topping D90SE, and Monolith Platinum's competence is indeed very close to it. THD, for example, is ridiculously low at only 0.00004%. Using REW RTA, we got THD+N of 119.8dB (really, 120dB SINAD) which is what you get from the best DACs available today whatever their price :​
REW FFT​

For the RMAA battery of tests, I switched back to Stereo to have a better look at eventual channel disparities.​ 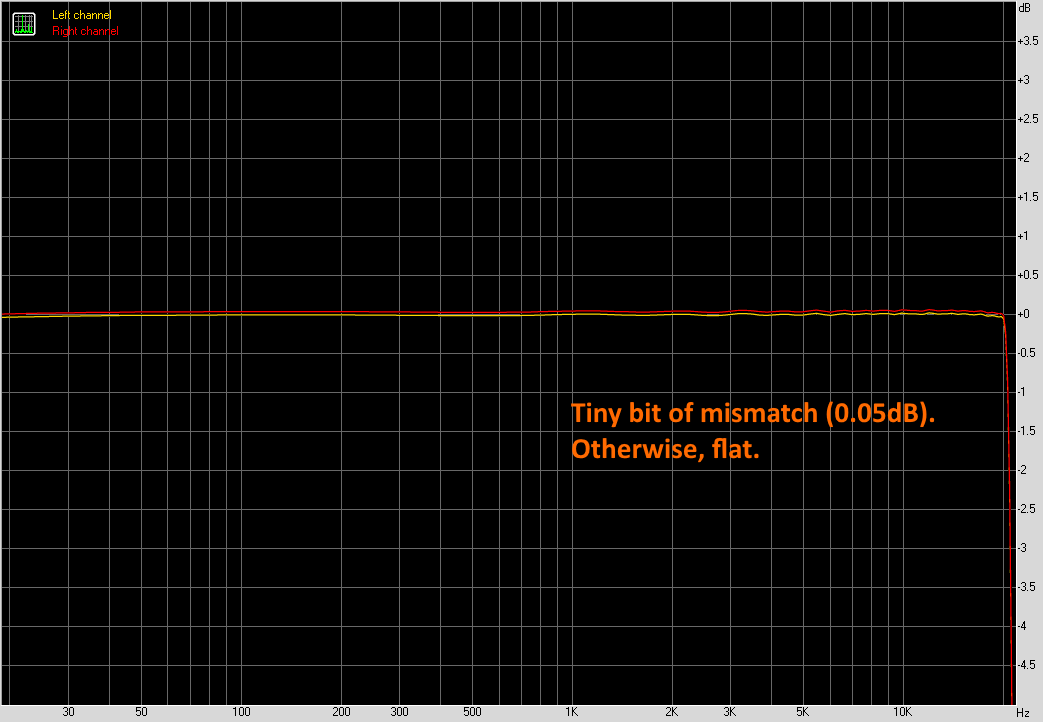 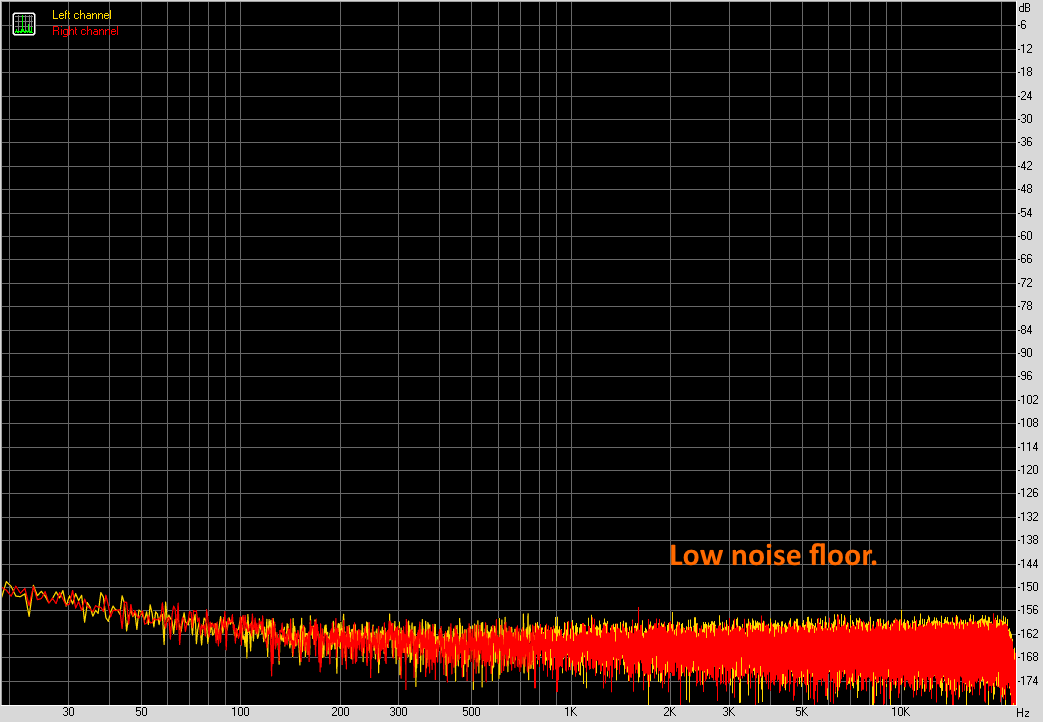 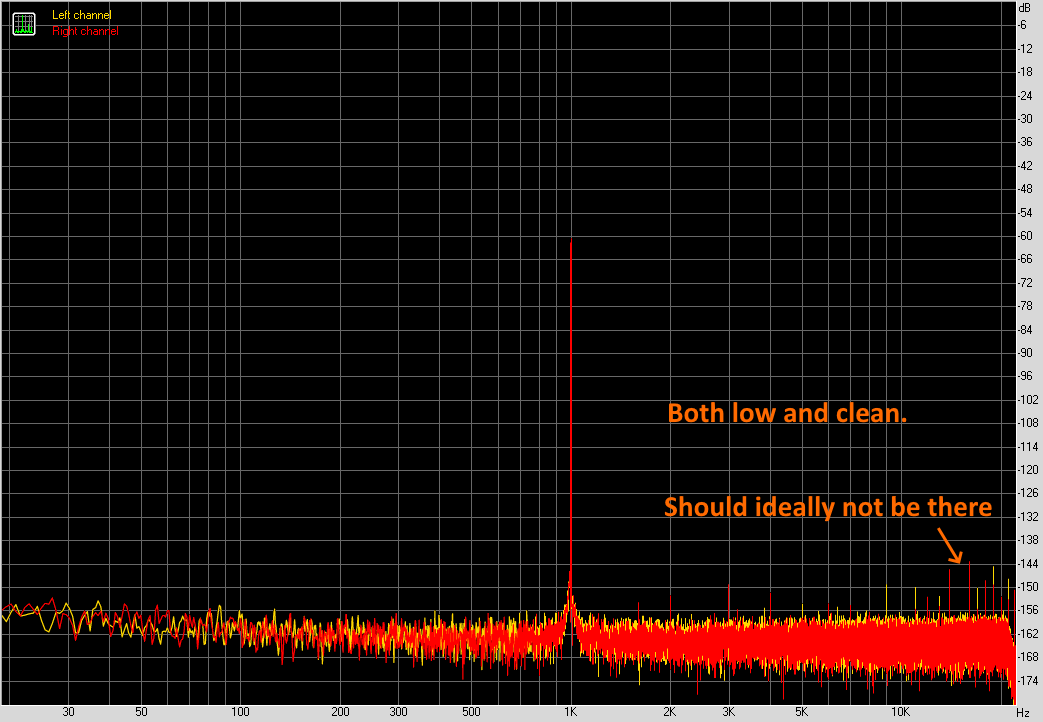 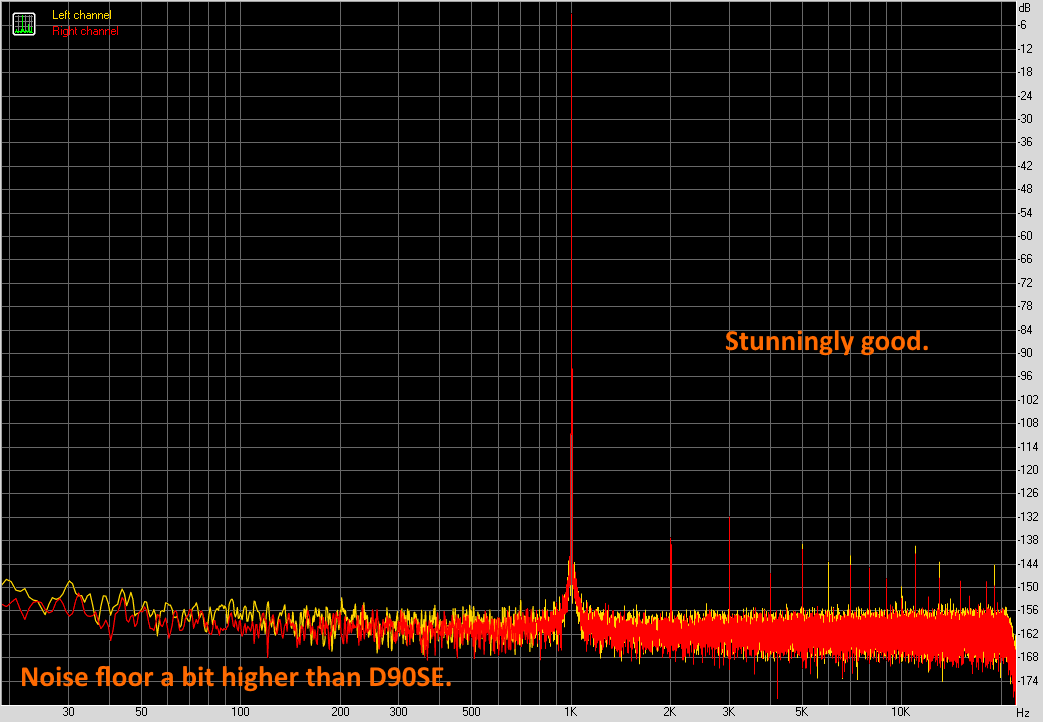 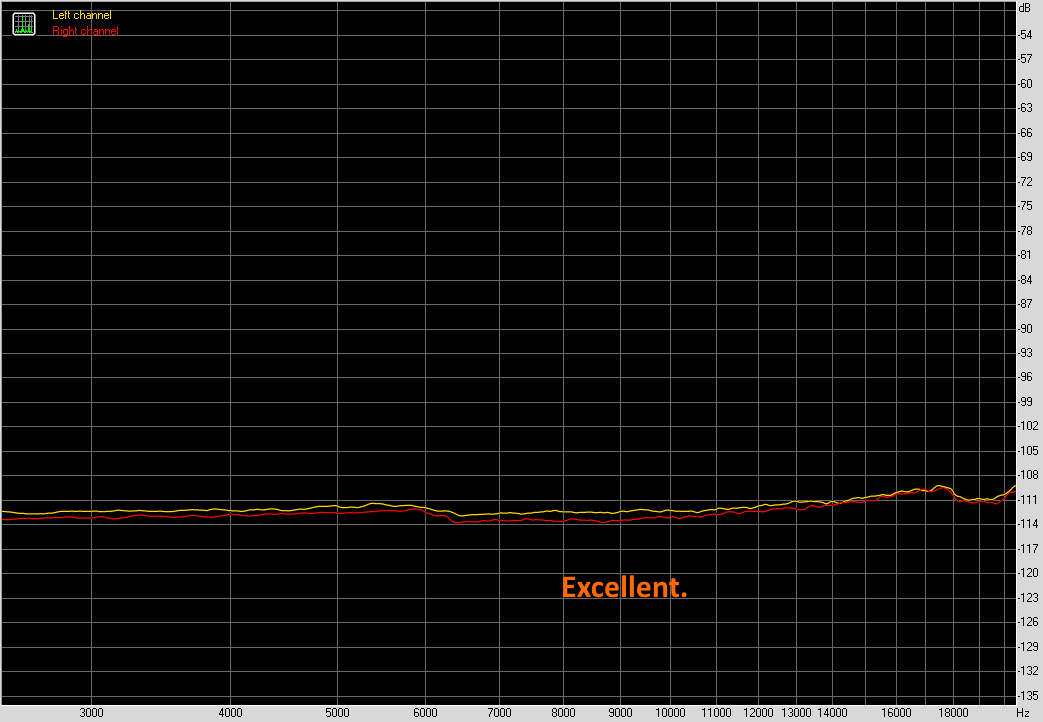 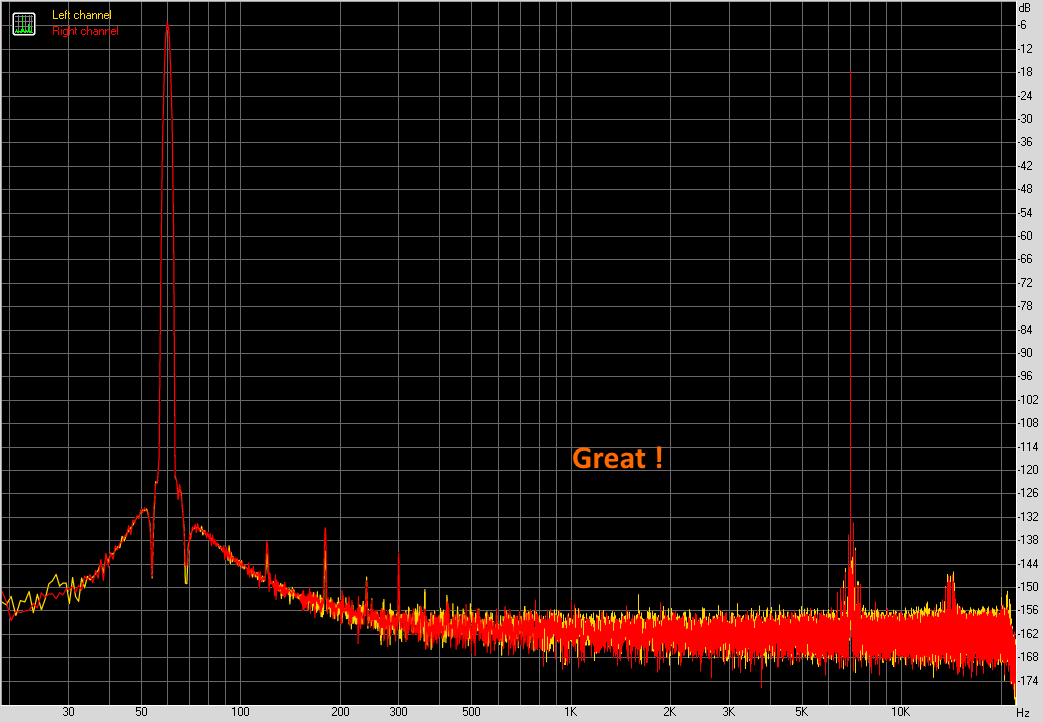 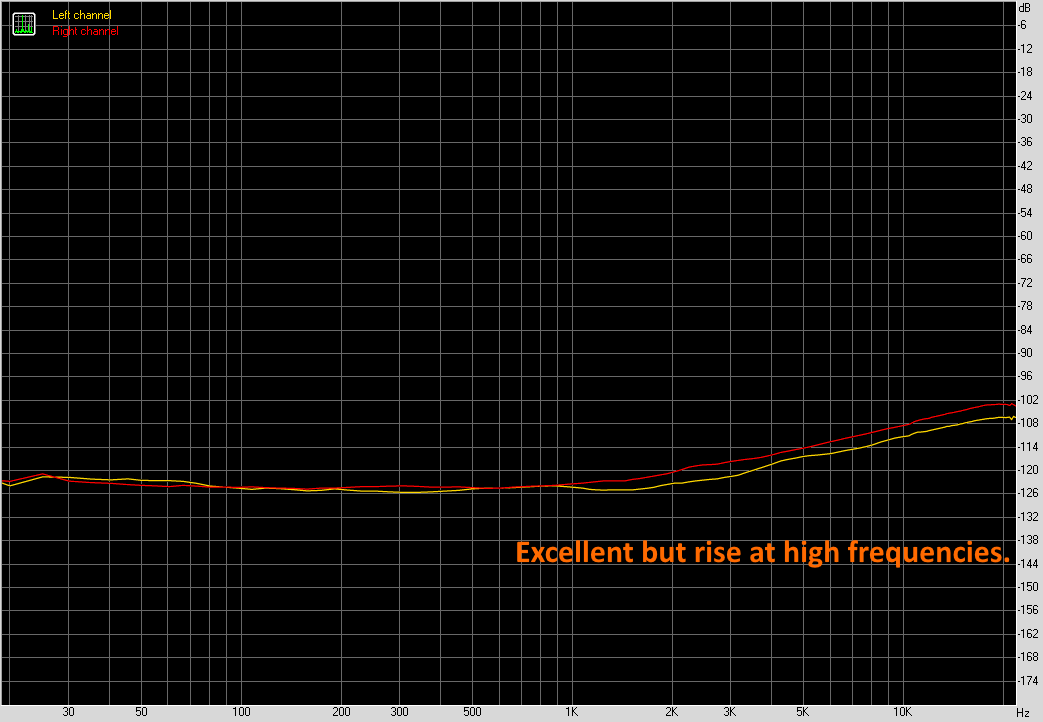 
S/PDIF VS USB​
Pretty much on par. Toslink however, showed constantly worse THD+N by 2.5 to 2.8dB, which is not insignificant and would need further investigation. More on that later, when measuring jitter...

What about unbalanced outputs?


RCA VS XLR​
That is honestly an expected drop in performance, and probably the maximum I can measure out of a single ended output with my actual rig. Nothing worrying to mention when looking at RCA FFT. 50Hz and 100Hz hum are common in my environment :

A quick capture of the six filters available: 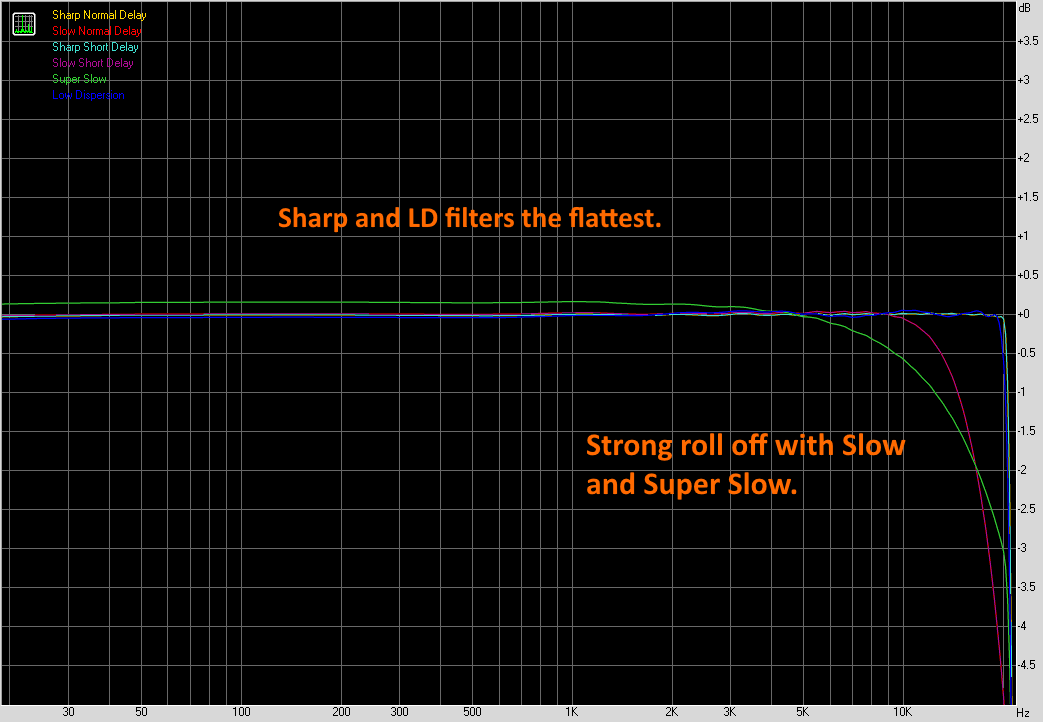 This is typical FR behaviour from AKM filters, which usually bring more differences than ones from ESS, or say, drop earlier in the spectrum. Super Slow shows indeed everything to "sound" different (and certainly not transparent).

Fairly good performance, yet with some peaks. When looking at their level relative to the signal, it still is, in fairness, quite respectable.

Ouch! That is absolutely not how it should be. You got plenty of spikes not only around the 12Khz tone, but also everywhere in the spectrum. While these could not be audible at the end, there has clearly been a design misconception implementing toslink. Quite a departure from the stellar results measured until then...​
Coaxial

Very similar performance to USB: nothing broken, nor the best I've seen either.​

​
Stunningly good scores with balanced, as it should be. RCA is obviously quite a bit noisier, but remains a competent and perfectly transparent solution.​

Conclusions
​
The Monolith Liquid Platinum DAC has been quite a surprising and interesting product to test. One thing that I did not mention earlier is that the manufacturer gives literally no specs about any kind of claimed performance. Not a single digit about THD, DR, SNR... none. That way, I had honestly no idea about what I was dealing with and started measuring blind. First results put a smile on my face, seeing how good it did on the bench. We are kind of living in the era of SINAD race, which is certainly not a bad thing for competition and constantly evolving performance/price ratios. Yet, I did honestly not expect this level of accomplishment coming from a western design nowadays. It indeed brings solid technical strengths to the table and finally measures pretty close, if not similar, to the very best DACs out there. Now, I can only regret that toslink input dramatically failed the J-Test. For this reason alone, the Liquid Platinum falls short of my expectation to get the "State Of The Art" rating. Anyhow, I still give it my recommendation for its overall performance.

My sincere thanks again to Audiophonics for sending it to me.​
Flanker rating: Almost perfect
Last edited: Oct 12, 2022
VintageFlanker's Review Index

Thanks to both you for the effort in measuring and reviewing, and @Audiophonics for lending the DAC.
Amplifier SINAD list

Seems quite competent as a DAC. Curious about the extra unbalanced outputs as well given the lack of other bling. Easily wins my prize as one of the ugliest DACs (subjective, I know) out there and that's saying a lot since I cringe every time I see a case with extruded aluminum sides.
________________________
2020 M1 Mac Mini, Roon, Tidal streaming & +/- 2TB local files
MSB ADD-1 (ADC with AES out into Okto) for various analog sources and Technics SL-D2 for vinyl via Schiit Mani
Okto DAC8 Pro for active crossovers made in rePhase & REW
Topping PA5 for tweeters, Buckeye Hypex NC252MP for midrange &
Icepower 1200AS2 for woofers in 172 liter DIY cabinets.
Crown XLI 800 BTL for 18" DIY sub and a SVS SB-1000 for fill.
OP

DWPress said:
Curious about the extra unbalanced outputs as well given the lack of other bling
Click to expand...

You mean, about performance? 100% the same for A and B SE outputs.
VintageFlanker's Review Index

Nice one, good to see and thanks for taking the time to measure this DAC and prepare this review. It must take a lot of time, so is appreciated.

Great review but products like this confuse me. Its got a decent look and (mostly) performs well, but it is function limited and costs 3x more than it should. I just dont see the market or need for such items.
Too many DACs> Too many amps> Too many headphones

Jimbob54 said:
Great review but products like this confuse me. Its got a decent look and (mostly) performs well, but it is function limited and costs 3x more than it should. I just dont see the market or need for such items.
Click to expand...

On some monoprice items price can dramatically drop over time, though. I've seen the liquid platinum tube amp drop to -50% levels in its lifetime. If one were to wait for an eventual sale you might be able to grab one for a better price.. although these are "limited" so who knows.
In any case good to know this product seems to perform really well thanks for the great work @VintageFlanker!
S

DWPress said:
Seems quite competent as a DAC. Curious about the extra unbalanced outputs as well given the lack of other bling. Easily wins my prize as one of the ugliest DACs (subjective, I know) out there and that's saying a lot since I cringe every time I see a case with extruded aluminum sides.
Click to expand...

I really like the design. Bests everything from topping and smsl in my opinion
OP

Jimbob54 said:
Its got a decent look and (mostly) performs well, but it is function limited and costs 3x more than it should. I just dont see the market or need for such items.
Click to expand...

I beg to differ. As you probably noticed, I don't consider price in my final rating. Whatever how much a product cost, my goal is to find out if it is properly designed or not.

I guess many customers will still buy DACs based on subjective reviews or their own interpretation of sound quality. Better for them to buy at least a transparent converter and then imagine whatever their want about sound signature. For others, looking for an objectively top-performing DAC-only, I call the Monolith as fairly competitive against the Topping D90SE or S.M.S.L M400 at the same price (if ingnoring toslink). Remember, back in 2019, Amir measured the first DAC to reach 120dB SINAD in ASR reviews and it costed twice as much as this one.
VintageFlanker's Review Index

But how does it sound?