MattHooper said:
I don't have an SACD player, nor do I play SACD files on my system.

But more to the point: I enjoy vinyl records as a playback medium. I like owning the physical copies, the turntable, all that stuff. Otherwise I'd just be streaming everything. Also, I often enough have preferred the vinyl version of albums that came from excellent digital masters. It seems the process of putting the music on vinyl, and getting it back off, can add something to the sound I enjoy. So I don't think the SACD and the vinyl version would sound exactly the same anyway.
Click to expand...

I didn't see this posted yet.

I don't get the controversy but I grew-up with vinyl and I'm NOT going back. But, I don't get the attraction to (inferior) vinyl. Back in the vinyl days the Mobile Fidelity records were better than average but it was still analog vinyl.

“They were completely deceitful,” says Richard Drutman, 50, a New York City filmmaker who has purchased more than 50 of MoFi’s albums over the years. “I never would have ordered a single Mobile Fidelity product if I had known it was sourced from a digital master.”
Click to expand...

Apparently he was happy with the product, satisfied enough to keep buying 50 of them until he found out some detail of how it's made.

I think MAYBE the point is that there is no digital PROCESSING so you're getting the original analog sound. Well. not really the original sound because vinyl doesn't match-up the pro studio analog tape. CD (or other digital formats) CAN do that!

But of course, I'm not opposed to digital processing... It could make sense to do some noise reduction or maybe some EQ or other processing if that can improve the sound. (And they might be doing some analog EQ.)

At least Fremer knew another “half dozen” worthy of getting invited instead of him. I would’ve guessed the number be far less.

Blumlein 88 said:
An unintentional massive blind test in the heart of subjectivists holiest of holies analog world.
Click to expand...

Exactly my thoughts after hearing about this debacle.

People should be aware that, given a truly excellent release of a recording on both vinyl and CD, one could make a digital recording of the vinyl that would be indistinguishable from listening to the vinyl record itself, but the reverse is not possible. It seems that the MoFi problem illustrates this beautifully.

For sentimental reasons, I own a used copy of George Shearing's 1956 monaural LP "Latin Escapade" which I have never played - because I don't own a turntable. It was never remastered in stereo. I purchased a new copy of it 1958 while still in high school, and it was the first record I ever bought. I also have a digital MP3 ripped from the mono vinyl that I downloaded. Like the LP, with the MP3, the sound is anchored in the center - right in front of me as if I had a monaural system. I can hear clicks and pops during soft passages, but unlike listening to violin solos and chamber music, the surface noise is not intrusive. I am listening to the album as I write this post. 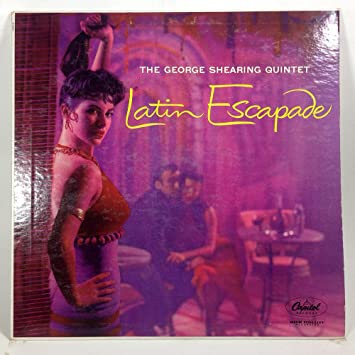 I made the switch to CD's shortly after they arrived on the scene, and have never looked back. The purported deficiencies of CD's were for me, like many other people, outweighed by the disadvantages of vinyl LPs. For me, the convenience and lack of surface noise, and what I perceived as clear and clean CD sound that did not degrade over time were a great advance.

Many posts from vinyl fans in this thread have noted the pleasure associated with a physical interaction with the media, enjoyment of the liner notes to learn about musicians and their music, and the relative minimal surface noise and pops and clicks with some of the very best LPs. I am glad to see that happening for some audio enthusiasts. If you enjoy vinyl, and have the space and budget for a decent turntable, cartridge, and phono preamp, go for it.

Xulonn said:
...
Those who desperately insist that the sound of a vinyl system is inherently "better than digital" seem to be the only ones getting their knickers in a knot in this thread. However, I believe that recording, mixing and mastering are the keys to good sound. Get those three elements right, and a good digital recording is the best and most "accurate" possible.
Click to expand...

Nicely summed up. I started serious LP purchasing and playing in 1972. I moved to CDs at the first opportunity.

I got sucked into this rabbit hole on Youtube, and I can't stop laughing. Basically it's coming out that MOFI has been using a digital step in their remastering since at least 2015, while all these analog "audiophile" snobs have been paying $130 per remastered, reissued LP thinking they're...

MakeMineVinyl said:
My phono setup is good but not extravagant. Turntable = Thorens TD-125 MKII, arm = SME 3009, cartridge = Ortofon M2 Black LVB, and phono preamp = ProJect RS2. I've owned the Thorens and SME since I bought them in the early 70s. I have had to mount the turntable on the wall in order to avoid LF disturbance and feedback from the subwoofers which are about 10' away - although the RS2 has a low frequency rolloff, I've found I don't need to use it because the wall mounting isolates so well. I like the ProJect RS2 because it is extremely quiet and has a good deal of gain and loading options from the front panel.
Click to expand...

You make some excellent points in your posts. I admit I abandoned LPs out of laziness and my appreciation for the sound of CDs. I also had the same TT and arm for several years, I think I bought them in 1974. Wonderful quality pieces. I have no doubt that LPs do still sound great and I wish the two sides didn't shout past each other so much. It should be about the love of music, not format. Like what you like. And there's lots of music out on the edges that have never been reissued and likely never will. I do however somewhat enjoy the rationalizations piling up on other forums. If you thought it sounded great two months ago, it should still sound great to you.

I got sucked into this rabbit hole on Youtube, and I can't stop laughing. Basically it's coming out that MOFI has been using a digital step in their remastering since at least 2015, while all these analog "audiophile" snobs have been paying $130 per remastered, reissued LP thinking they're...

Definitely a blind test, and nobody figured it out with their golden ears. So much for digital having a sound.......LP on the other hand...........

Somafunk said:
Been done, and that site is subscription only
Click to expand...

A great paper and really inexpensive to subscribe. It costs me AUD$0.99 every 4 weeks, so 25 cents a week...
Ricky Roma: I subscribe to the law of contrary public opinion... If everyone thinks one thing, then I say, bet the other way...

Mike Esposito still won’t say who gave him the tip about the records. But on July 14, he went public with an explosive claim. You can read the entire Article at the above provided link.
Last edited by a moderator: Aug 8, 2022

restorer-john said:
A great paper and really inexpensive to subscribe. It costs me AUD$0.99 every 4 weeks, so 25 cents a week...
Click to expand...

Jeff Bezos owns it and a quarter a week is way too much.
B

Scammers gonna scam. Do they include an NFT with every analog album? NFTs are the vinyl of crypto! That analog bored ape, yo!

If you were suckered into thinking a 100% analog chain was a good thing, then perhaps you deserve to be suckered when there isn't actually a 100% analog state. You might even be smart enough to look i the mirror and say, "Perhaps this album I loved was good enough?"

Some day I'll have to, again, explain my students Marx's concep of commodity fetishism and this is a most excellent example of that.

The whole thing about MoFi is not the récord or even the music.

Blumlein 88 said:
Jeff Bezos owns it and a quarter a week is way too much.
Click to expand...

It's my only contribution to Mr Bezos. I've never spent a cent on Amazon and never will.
Ricky Roma: I subscribe to the law of contrary public opinion... If everyone thinks one thing, then I say, bet the other way...

restorer-john said:
A great paper and really inexpensive to subscribe. It costs me AUD$0.99 every 4 weeks, so 25 cents a week...
Click to expand...

It has really good articles but I am too cheap to buy it. I read the few free articles they allow per month and then wait until next month when I can do that again.
Amir
Founder, Audio Science Review
Founder, Madrona Digital
Review Thread Rules
My Technical Background
My YouTube Channel
V

So what?!
The only logical decision to read it (buy it), or not, is whether the content in The Washington Post is truthful and well written.
For others, seeking something else, there always are better choices: Enquirer, InfoWars, ...


Blumlein 88 said:
and a quarter a week is way too much.
Click to expand...

For some other newspapers and magazines, free is way too much.
D

I think I understand what is going on here.

I have bought recent vinyl releases, mostly small releases on tiny labels, where they have obviously used an inferior source (a poor transfer from cassette or a vinyl rip through someone's laptop ADC). This, along with a low quality pressing, has been both a waste of money and somewhat diminished my love for that particular music. It is a deflating feeling to not see something you were searching for, for many years, done proper justice.

I think what the whole 'analogue from master tape to vinyl' thing is trying to suggest to buyers high quality control. There are people in the vinyl world that think anything digital is bad, this is wrong, but the totally analogue chain is their way of assuring that people care more than just making a quick buck.

It isn't completely logical, but I suppose it assures the source won't be going through someone's laptop ADC or some less than optimal digital transfer. It is a demonstration of effort and wherever extra effort is needed, you can (usually) expect those looking for a quick buck to dip out.

The kind of people that will use DSD are likely to ensure quality control more than good enough for vinyl, but if the people you are selling to expect (irrationally or not) analogue from source to final product, then you have a problem on your hands.
Last edited: Aug 6, 2022
You must log in or register to reply here.

A
MoFi claimed its expensive reissues were purely analog reproductions. It had been deceiving its customer base for years.