Holo Audio's Spring series has not been updated for 3 years... Recently, even on ASR, there are rumors that Spring 3 will be released soon. Last year, Jeff stated in his QQ team that he would use May's module to develop Spring 3. It can be inferred that since May is ready, Spring 3 should be taken for granted... But... the release time has been delayed repeatedly.In my opinion, Jeff is waiting for his APx555B to be delivered. So less than a month after the 555 was delivered, Jeff sent me this Spring 3 prototype: 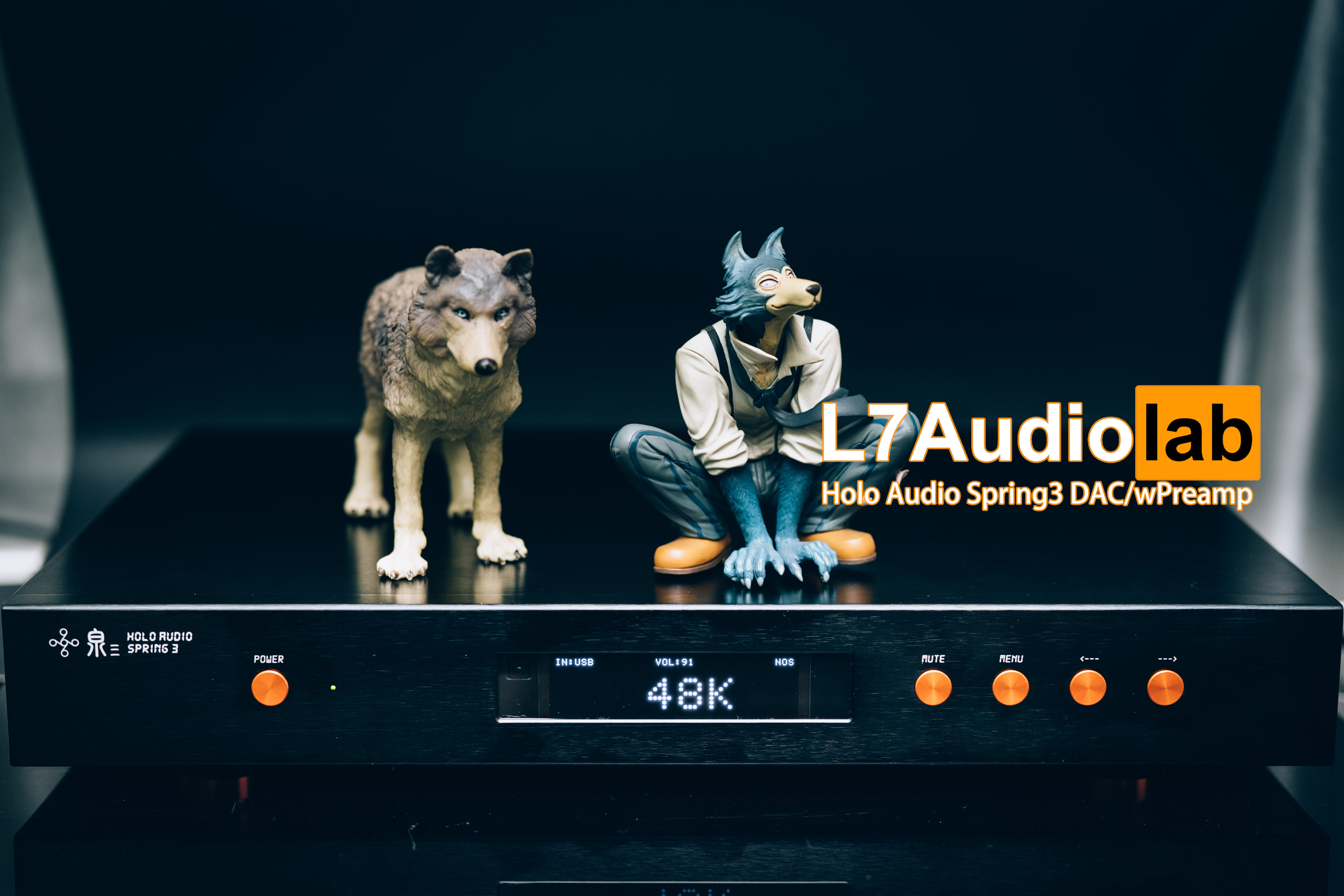 I won’t talk about Holo’s classic chassis style... The most exciting thing is the interior (it would be nice if there is a transparent version). Take a look at the photos: 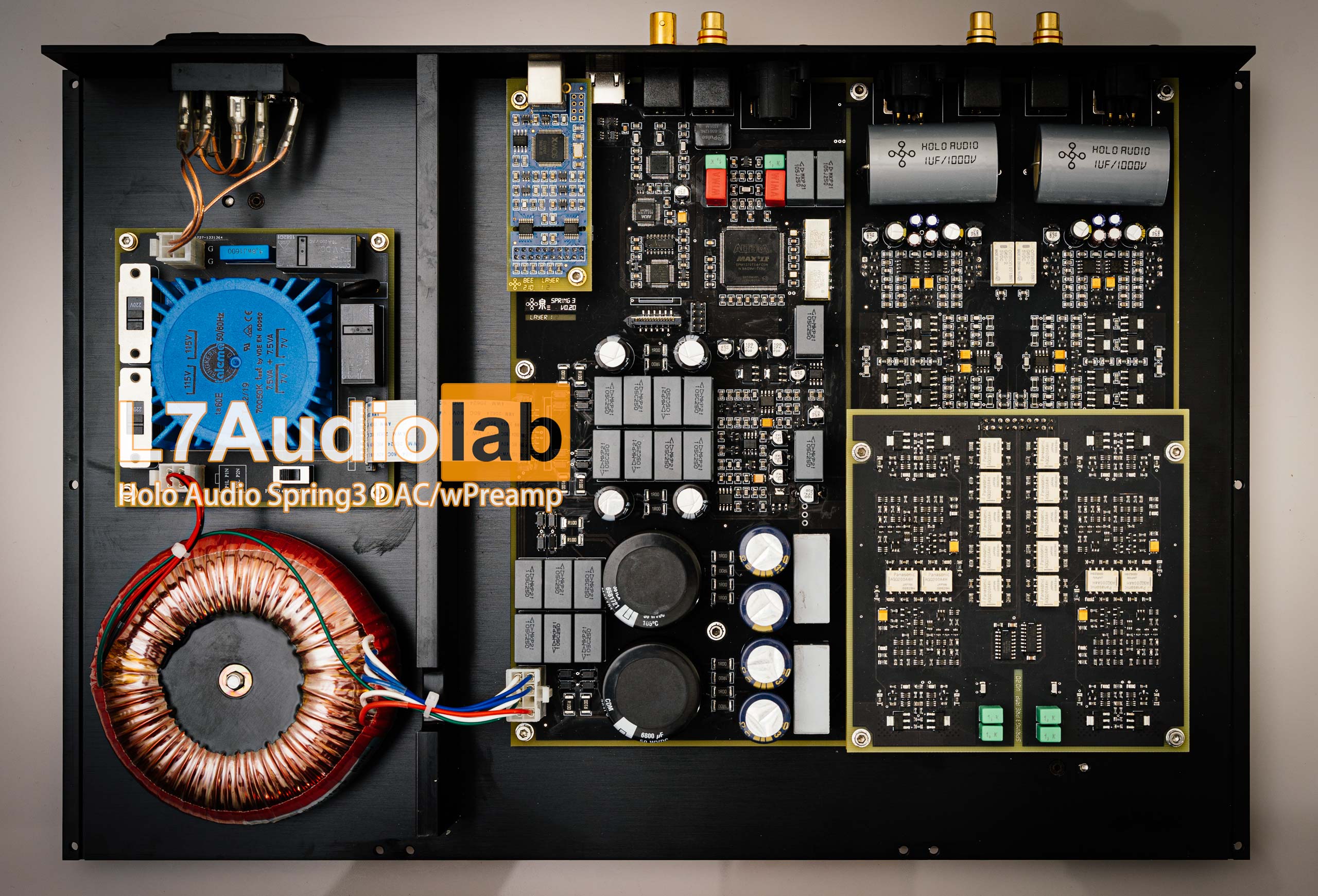 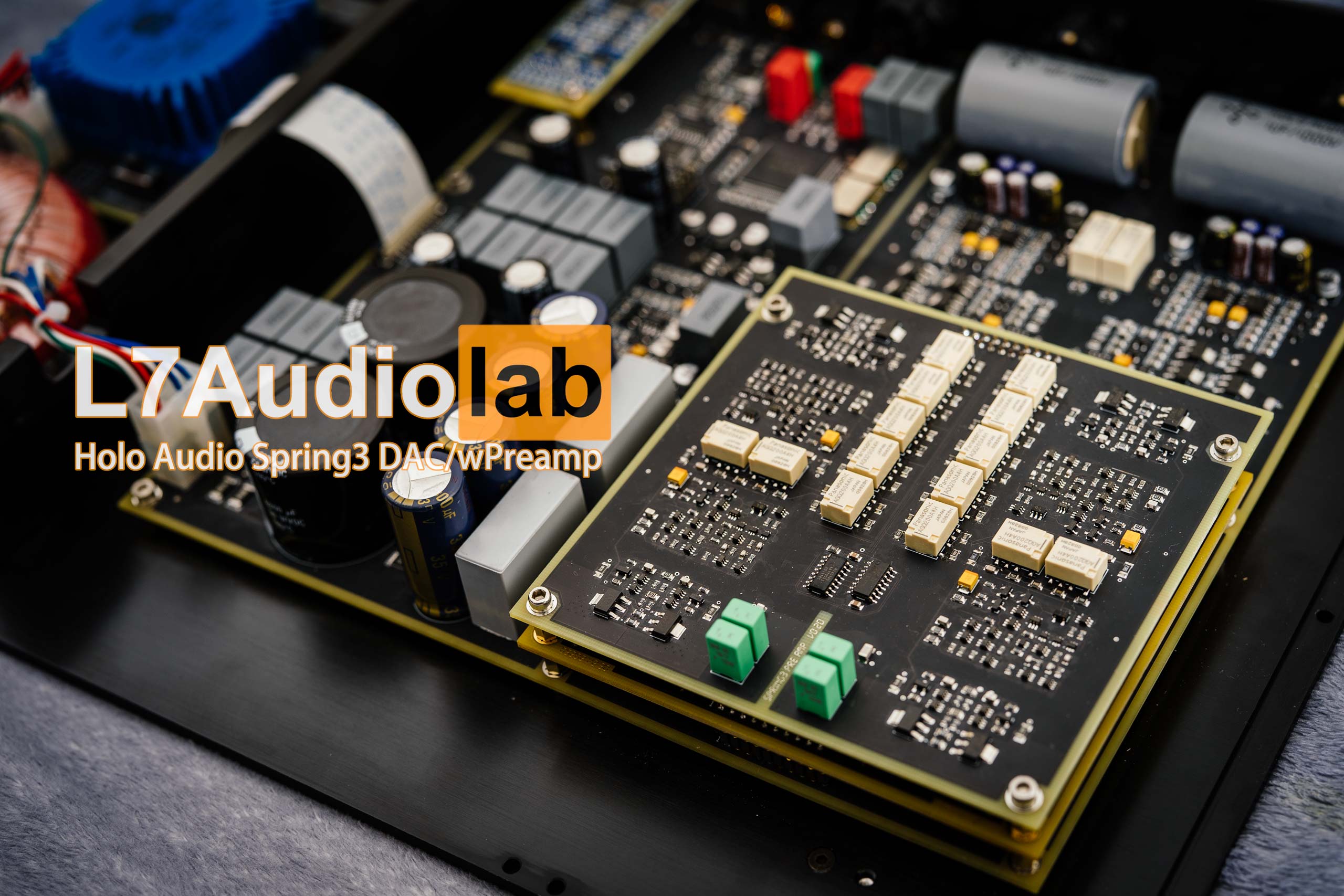 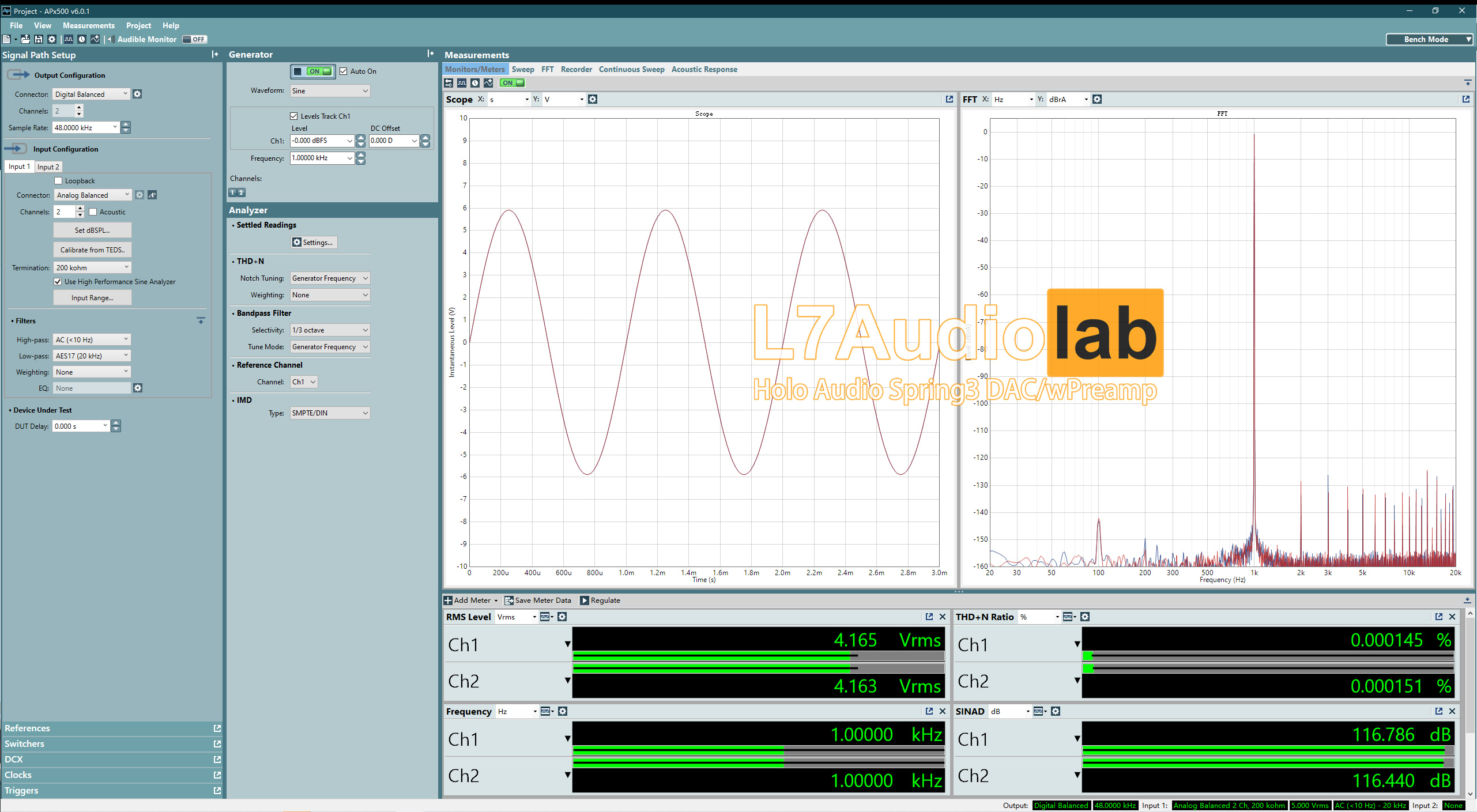 This... feels like Jeff is trying too hard? Almost the same as May? And...we also saw a bunch of relays in the photo above? Because it is equipped with (analog) pre-amplifier... 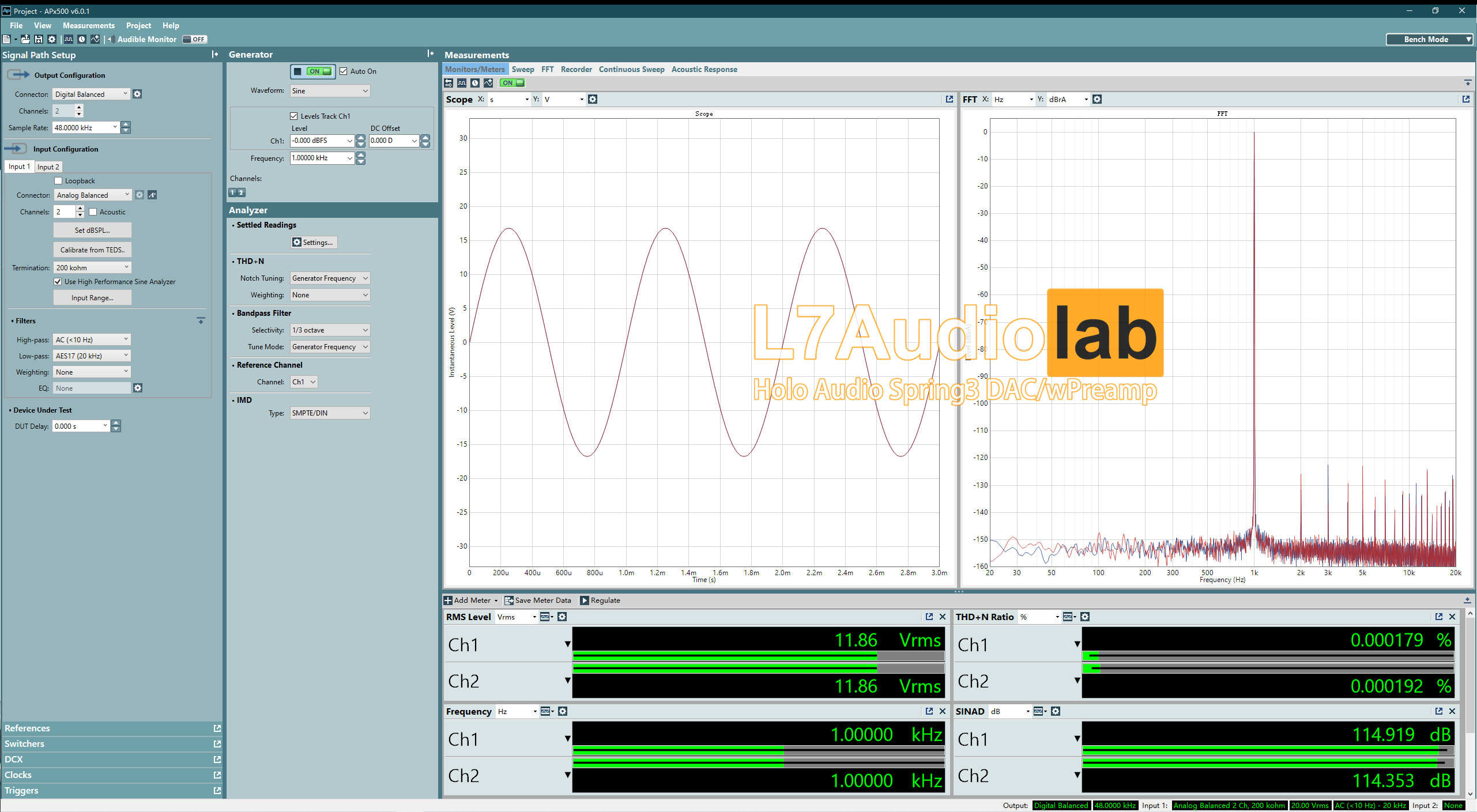 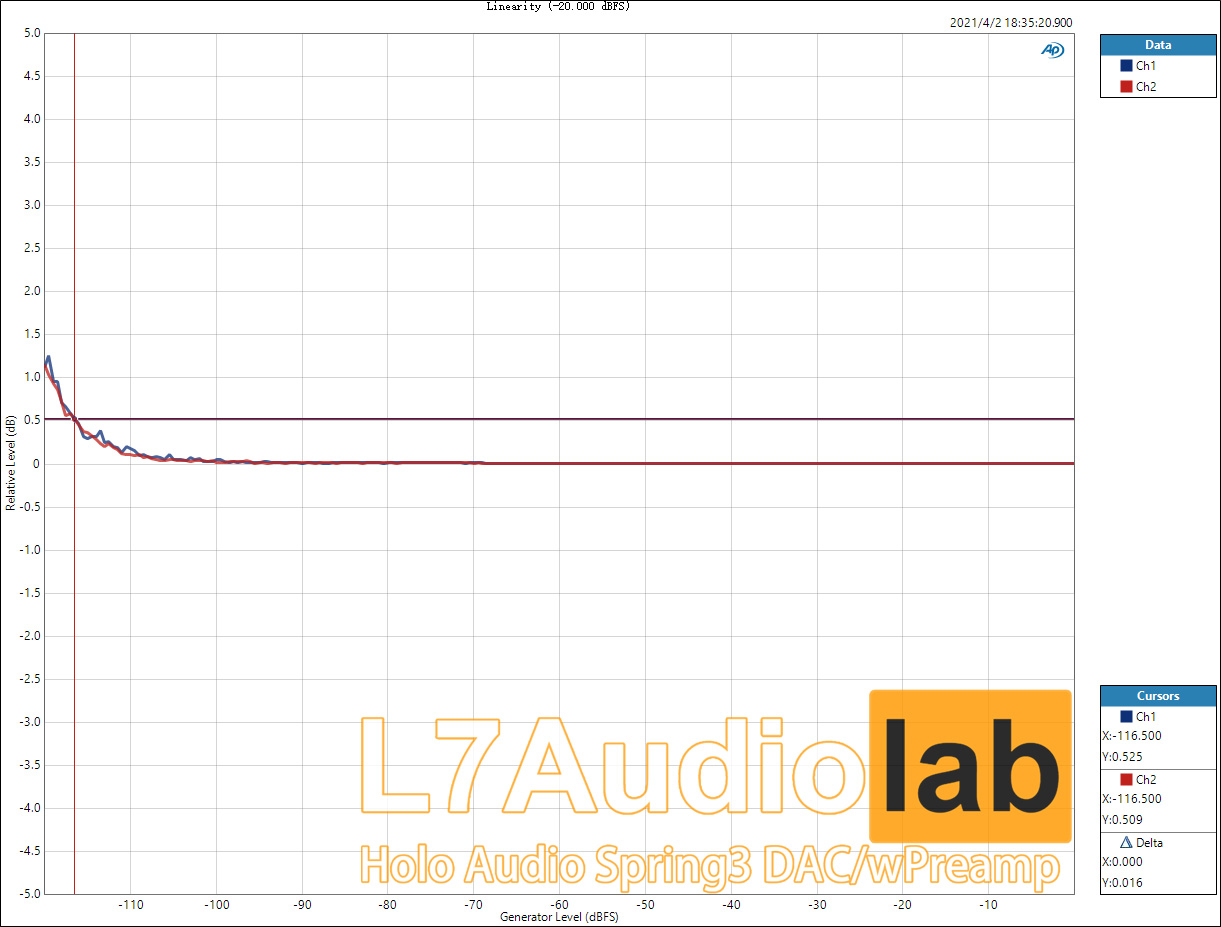 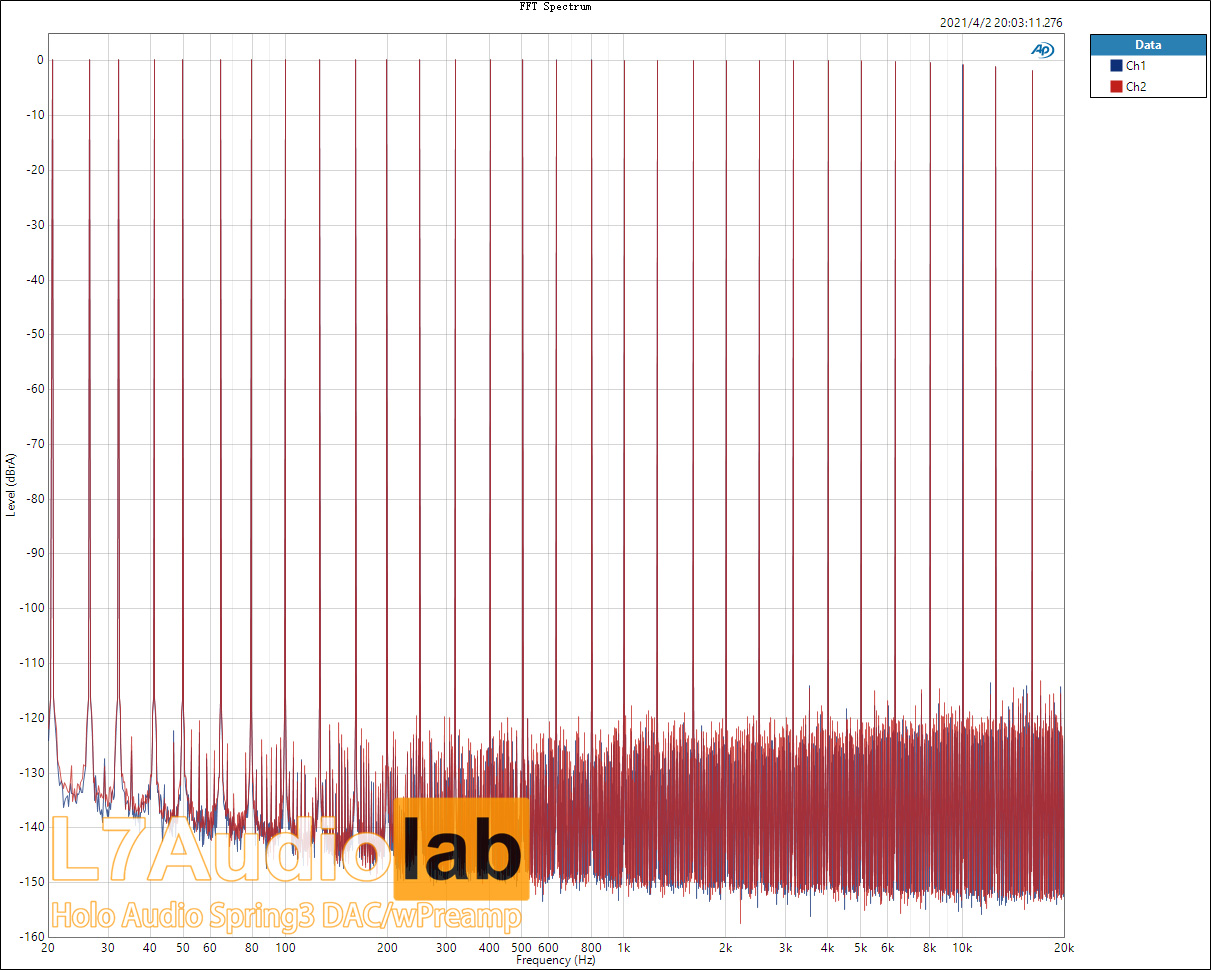 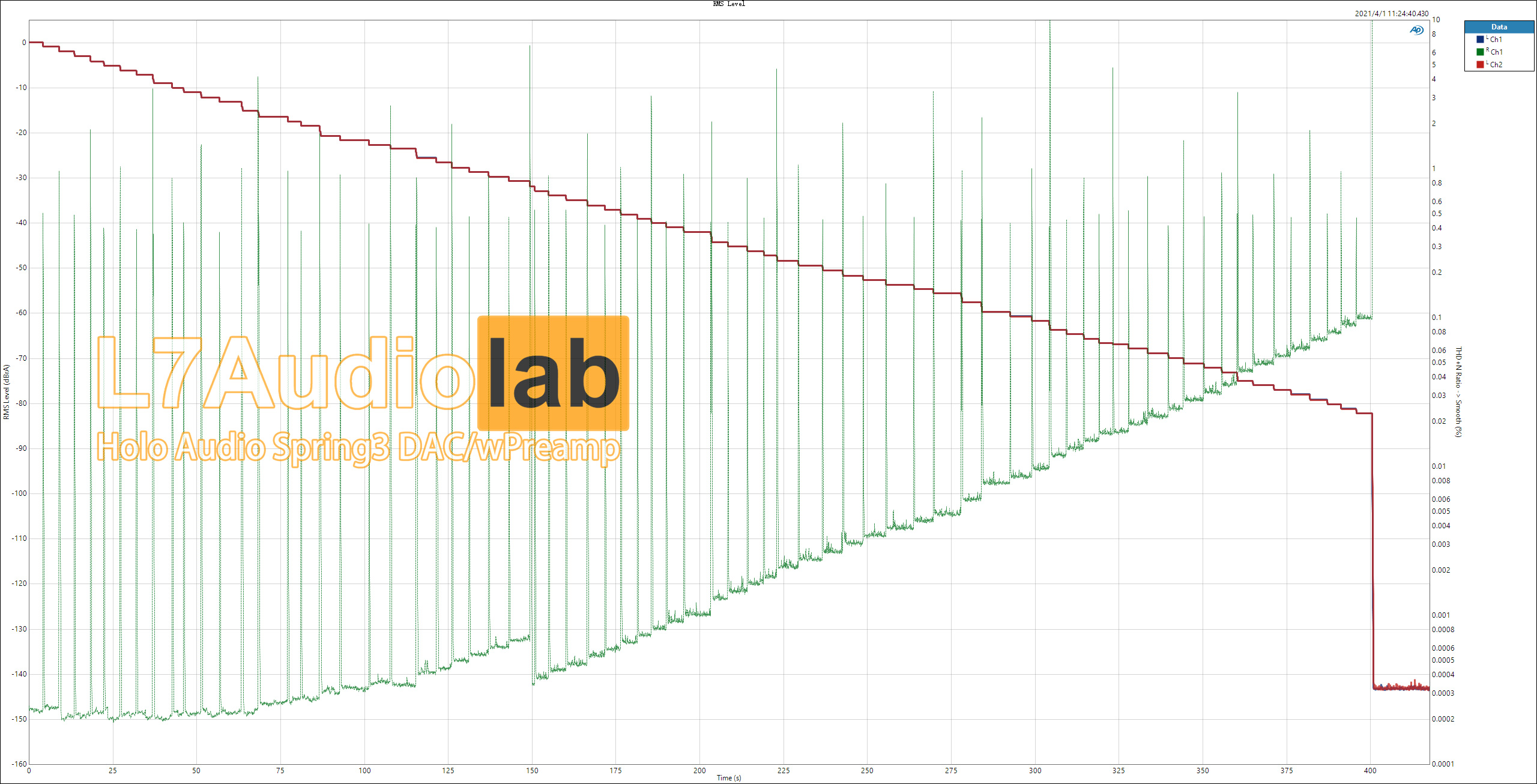 Let’s take a look at (I think) Jeff’s biggest progress in R&D after receiving 555: 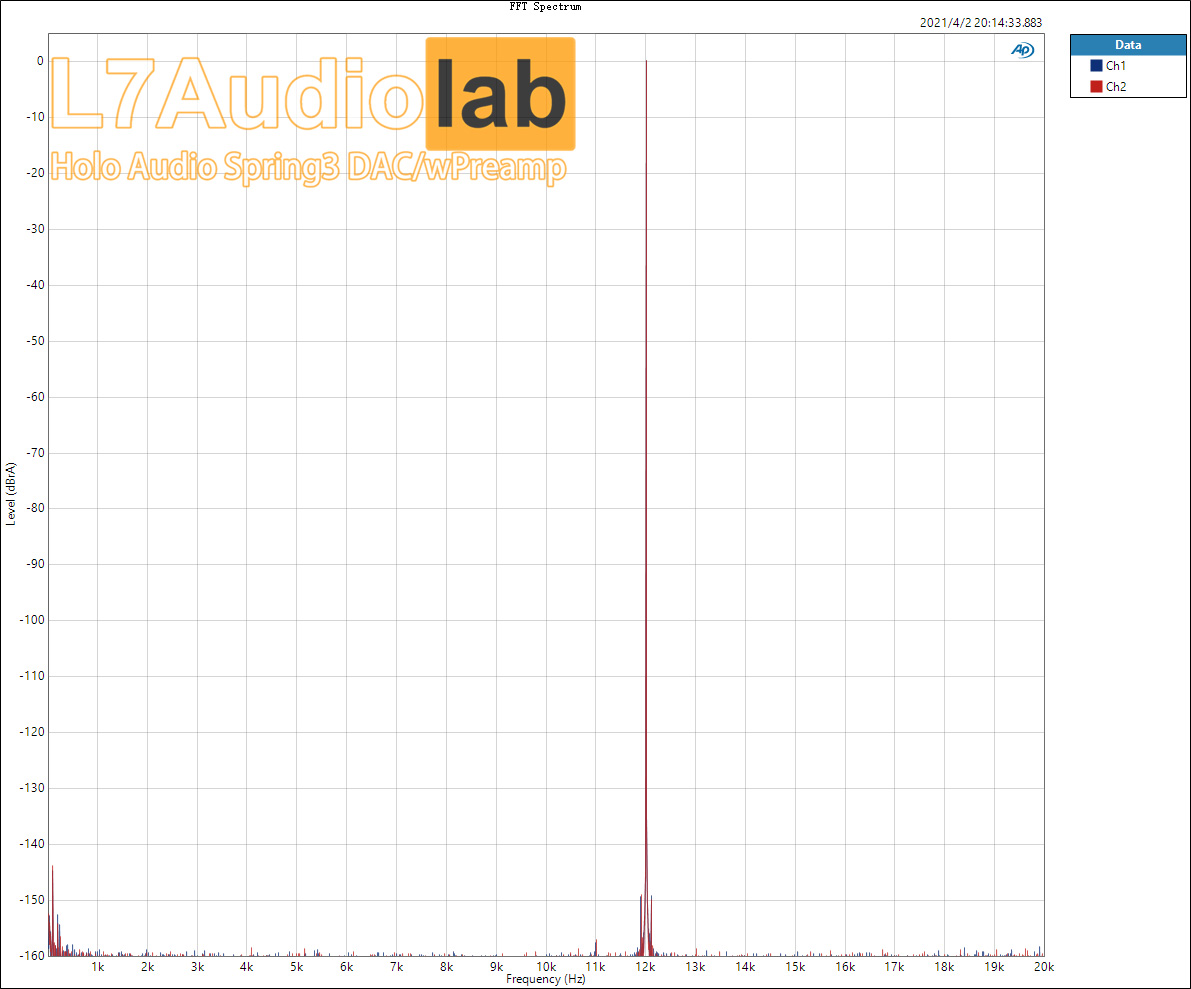 The truth is within the measurement range of APx555B

Wow, this is really impressive!!!
G

Color me impressed! I love to see the technical progress achieved by solid engineering and extensive testing, together with such attention to detail at a very reasonable price point: nice!!

Holy heck, that jitter performance is superlative. I'm guessing these measurements were taken in NOS mode?
"It is the perceived sound quality that matters not the measured quality – unless that measurement has been scaled and correlated to subjective perception through valid psychoacoustic tests." Earl Geddes

Im definitely becoming jaded. Budget stuff is measuing so insane that expensive stuff just looks like a waste. However this is very well engineered and over built.

Agree a transparent case would be the dogs or rather wolfs

Could you do an IMD measurement for this DAC? I'm guessing it is similar to the other Holo Audio DACs but it would be nice to confirm that.