Here are some measurements of the audio outputs from a motherboard I just bought for my main workstation. 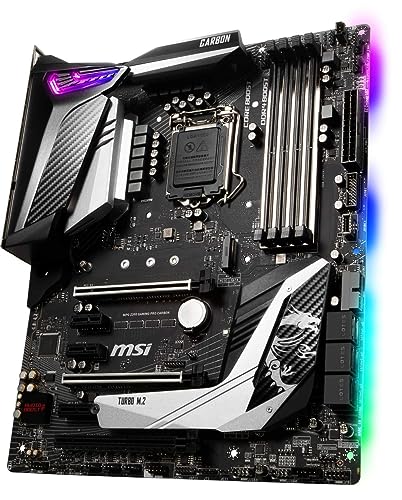 All the raw data and measurements, including a few more not detailed in this post, can be downloaded here.

Before we begin, a few interesting things I noticed:

Nice to see around 2 Vrms output. This should be good enough for most use cases. 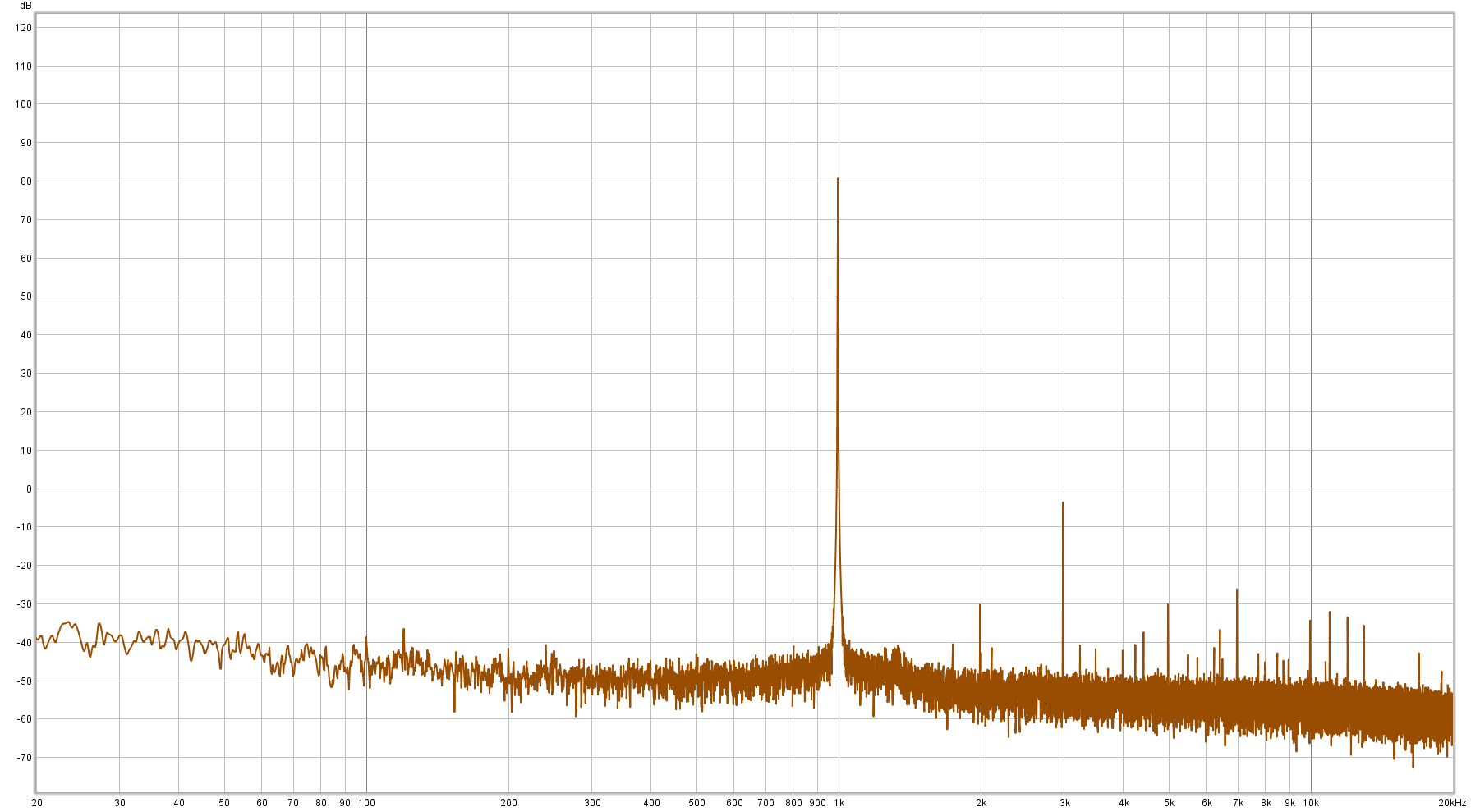 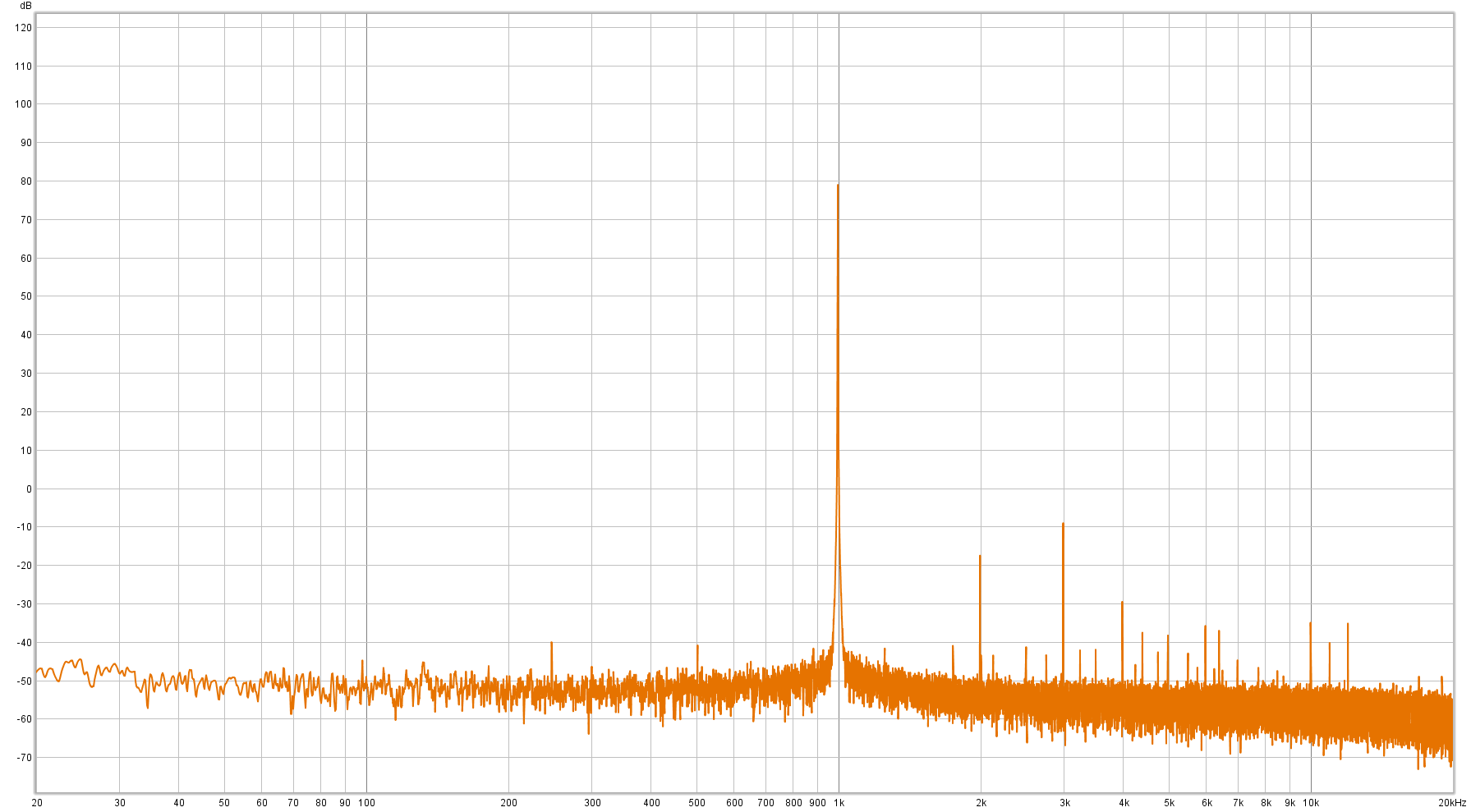 A result that won't make anyone jump up and down, but is in line with expectations for that kind of product.

Not too bad considering the kind of product we're dealing with. The ads from the manufacturer claim 120 dB, which, unsurprisingly, is very far from reality (it looks like the manufacturer merely copy-pasted the figure from the Realtek ALC1120 datasheet).

I'm not sure why there is so much variance in the rear panel measurement. I suspect it might have to do with poor noise isolation from computer activity, making the noise floor randomly jumping up and down. This would be consistent with the fact that the variance is reduced when a load is applied.

The step on the rear panel is quite weird. It's still there even after re-doing the measurement. The rear panel output also trends downwards at the lowest levels which is usually a bad sign as it suggests dithering issues. The front panel output is better behaved. On the other hand, the rear output still keeps within 0.5 dB down to around -110 dBFS (18 bits) which is pretty good, while the front panel output loses linearity at only -100 dBFS (17 bits). Still doesn't look particularly bad for this kind of product. 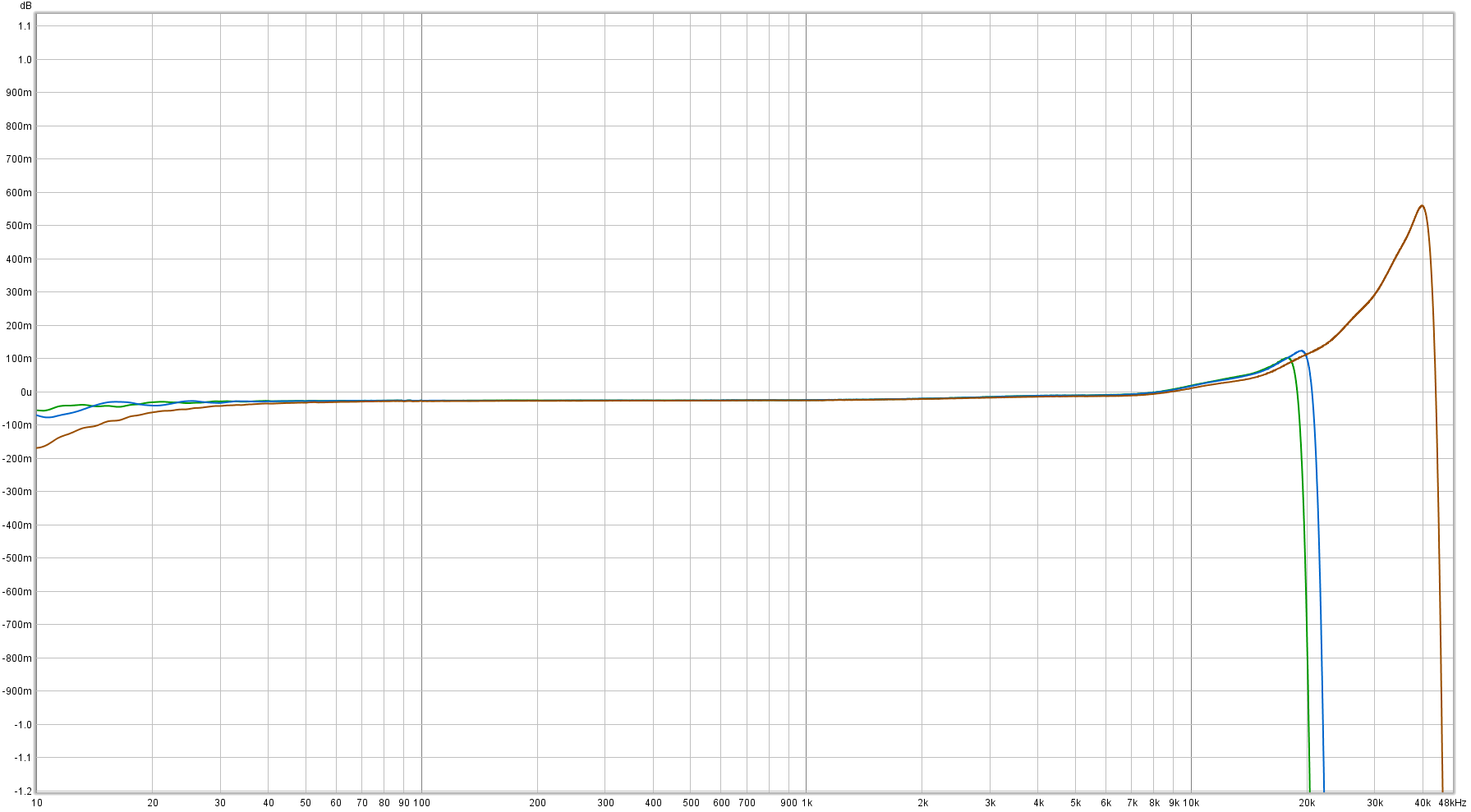 Spectrograms reveal a sharp reconstruction filter that compromises on imaging artefacts at the top end of the spectrum, which is pretty common. There are no artefacts to be found within the audible range, which is nice. 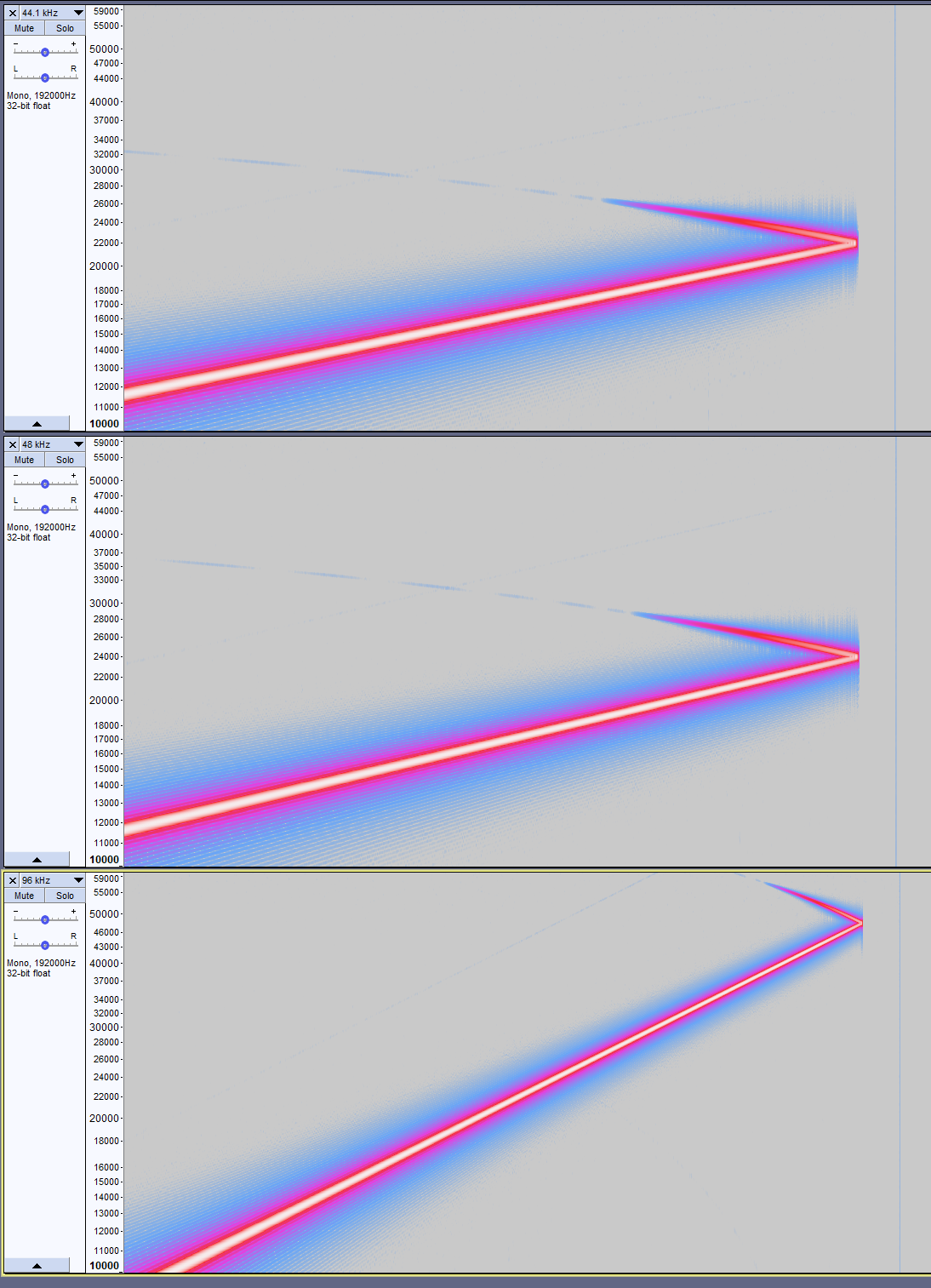 Output impedance this high makes this product extremely unsuitable for driving most headphones. Manufacturer claims of a "dedicated headphone amplifier" are quite laughable in light of these results.

I did a few other measurements at 15 Ω and 100 Ω. Most of them didn't reveal anything particularly interesting, so I won't detail them here, especially considering the output impedance disqualifies this product for headphone use anyway. You can find them in the measurement package if you're interested. The only things worth noting is that I was unable to make the output clip into 100 Ω (1.16 Vrms max voltage, 13 mW max power), however, the rear panel output clips above -3 dBFS into 15 Ω, suggesting a current limit of around 18 mA.

As a basic DAC, performance of this product is average at best, but should be enough for most users. The comfortable output voltage (around 2 Vrms) is nice, and might interest users of high-impedance headphones. However, due to the extremely bad output impedance, this product is unsuitable for any kind of critical listening with most headphones; I would recommend treating these outputs purely as line-outs.
Last edited: Mar 24, 2019

This is a very nice review. Worthy of front page promotion, IMO.
"It is the perceived sound quality that matters not the measured quality – unless that measurement has been scaled and correlated to subjective perception through valid psychoacoustic tests." Earl Geddes

Very interesting the FlexASIO, universal ASIO driver. With foobar2000 and JRMC 64 bits I always use Kernel Streaming to enjoy the music, with a buffer of 50 ms. I will try it to see if it improves the sound.
"Comment is free, but facts are sacred" - C. P. Scott

maty said:
Very interesting the FlexASIO, universal ASIO driver. With foobar2000 and JRMC 64 bits I always use Kernel Streaming to enjoy the music, with a buffer of 50 ms. I will try it to see if it improves the sound.
Click to expand...

There is no reason to believe it would. In general, output methods will not make any sound quality difference unless their configurations diverge in terms of sample rate and bit depth conversions that take place. With the default FlexASIO configuration (which uses DirectSound), Windows will automatically insert a resampler if the sample rate of the stream doesn't match the sample rate of the device as configured in Windows, which might or might not make an audible difference.

Also, if you're using foobar2000, there is literally no point whatsoever in using FlexASIO. The point of FlexASIO is to provide a glue layer to use various Windows audio API backends (DirectSound, MME, WASAPI, WDM-KS) in an ASIO-only application. foobar2000 already has plugins to use WASAPI and WDM-KS directly, so going through FlexASIO just makes things more complicated (and more likely to go wrong) for absolutely zero benefit.

Audio performance is irrelevant because this motherboard has a 'Mystic Light' AND it's inspired by the shape of supercars- there's even a picture of one on the box...

It sure looks like there's nothing in the way of a dedicated H/P amplifier on the board. There may be a small opamp near the front audio header. There's also a smattering of Nichicon UFGs (Fine Golds) near the audio chip.
Last edited: Mar 25, 2019
Ricky Roma: I subscribe to the law of contrary public opinion... If everyone thinks one thing, then I say, bet the other way...
OP

@amirm: I just stumbled upon your Gigabyte B8 measurements. I was really intrigued to see that your linearity measurement is showing the exact same phenomenon as the one I noticed on the output of the motherboard I tested here: a small 0.1 dB error below around -45 dBFS. 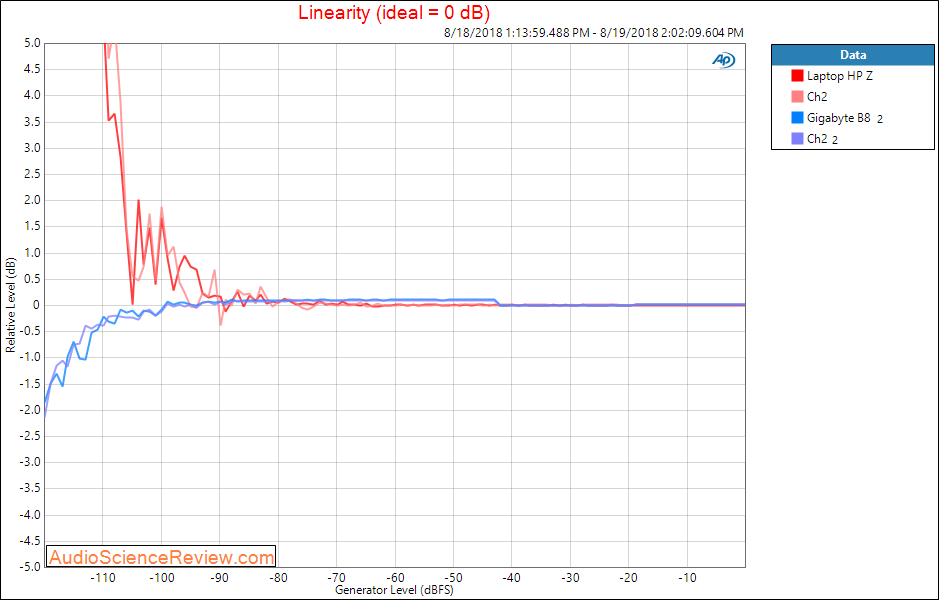 I wonder if this could be some kind of "signature" behaviour of the Realtek ALC1220 DAC. Not that it really matters of course, but I'm intrigued.
Last edited: Apr 8, 2019

Was always wondering how motherboards might measure - with Realtek being basically the monopoly and whatnot. But boy.. that output impedance tho >_>

Although the non-linearity is similar in relative magnitude, the levels where it occurs are very different.

Amir's measurement jumps at -42.5dBFS, yours at approx -52dBFS. How do you explain the 10dB difference? If this is actually inherent in the Realtek D/A converters, one test condition/setup is out by a significant margin.
Ricky Roma: I subscribe to the law of contrary public opinion... If everyone thinks one thing, then I say, bet the other way...
OP

I don't know. Maybe the DAC is configured differently, or it has something to do with the environment around the DAC.

My point is, this behaviour is very peculiar. I've never seen a linearity graph show that kind of step function before, at any level. I've only seen it in these two sets of measurements from amirm and I. Both motherboards happen to be using a Realtek ALC1220 DAC, which makes me suspect this is specific to this particular chip.

Nice MoBo for a workstation.
I've got soul, but I'm not a soldier...

edechamps said:
I've never seen a linearity graph show that kind of step function before, at any level.
Click to expand...

I've seen that before.

That type of behaviour was common in the early days on ladder (R2R) D/A converters, where a consistent level error kicked in as the upper MSBs bit levels switched off. An offset one way was counteracted by an offset the other, and as soon as that high level bit switched off (as overall level dropped), the consistent error kicked in.

Many D/A converters offered optional trimming of the upper MSBs to obtain the best linearity and lowest level THD. The Burr Brown PCM-58P for example had trimpot options for the top 4 MSBs.

It's possible the Realtek D/A converter chip uses a hybrid PWM and resistor or current source ladder arrangement internally and that's why these errors manifest themselves.

Interesting for sure.
Ricky Roma: I subscribe to the law of contrary public opinion... If everyone thinks one thing, then I say, bet the other way...
You must log in or register to reply here.