Robin L said:
This is as good a place to start as any. Sequentia was one of the first performing ensembles to record a large body of Hildegard von Bingen's music:
The cover takes a bit of the visual art of HvB, soups it up like a card for a rave. Hildegard's visions were transcribed by nuns in her abbey into paintings reminiscent of religious from other cultures, with a strong and repeated use of mandalas:

We are on a little side path from the main street of this thread, but it is a meaningful, interesting and enjoyable detour for me.

This is really my first impressive experience of the music written by Hildegard von Bingen. The illusions linked to Mandala of Buddhism is also very interesting. I am now going back in time to the 9th century... I would like to do further web (YouTube) search to listen to her music some more, before ordering CDs and/or purchasing by download.

BTW, as you may assume, my music experiences so far in this era were mainly in and around Gregorian Chants for which I have many LPs, CDs and downloaded tracks including this very nice one; 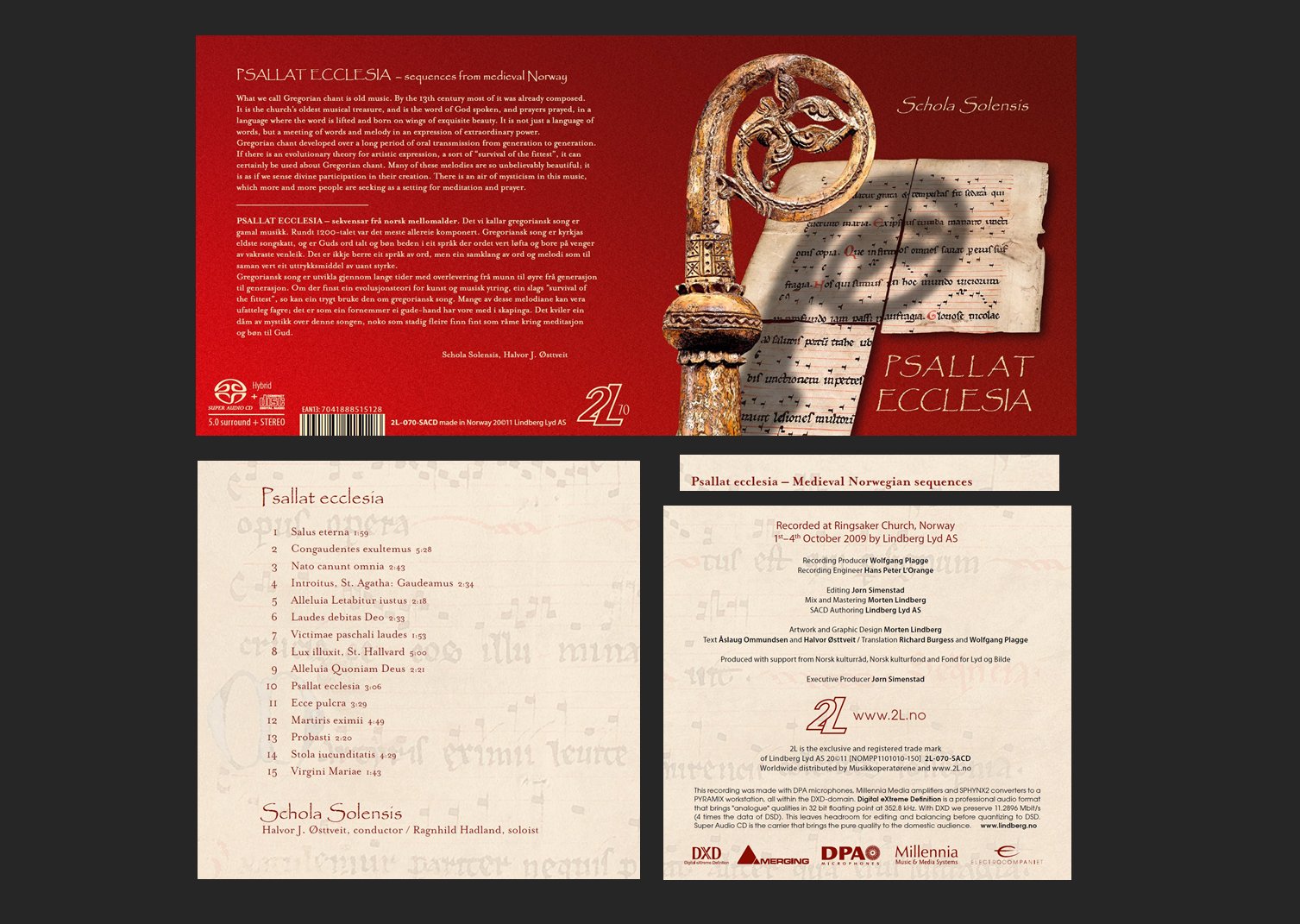 My beloved track-2 "Congaudentes exultemus" can be heard at 2min 00sec in the YouTube clip;

This Turnabout LP was released in about 1978 , the year he passed away at only 41. Back in the days when LPs were about all there was.
Click to expand... 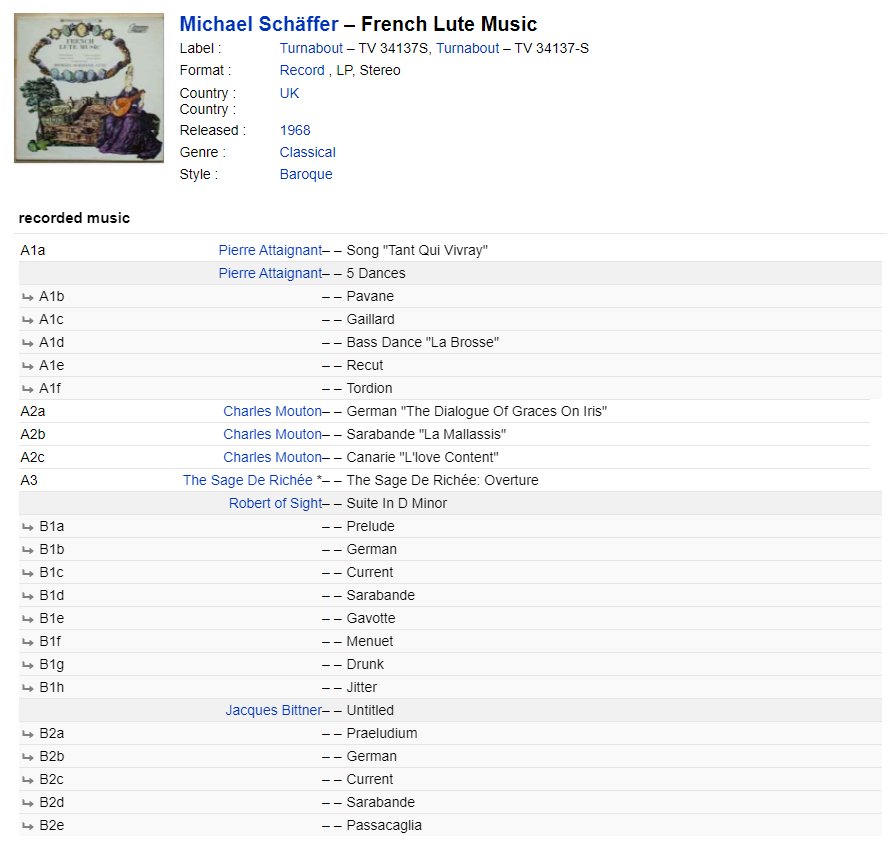 The content of the LP is different from the one also entitled "French Baroque Lute Suites" I showed in my post #38 which looks the "Schwanengesang" of Michael Schaeffer as described in the booklet shown in that post. 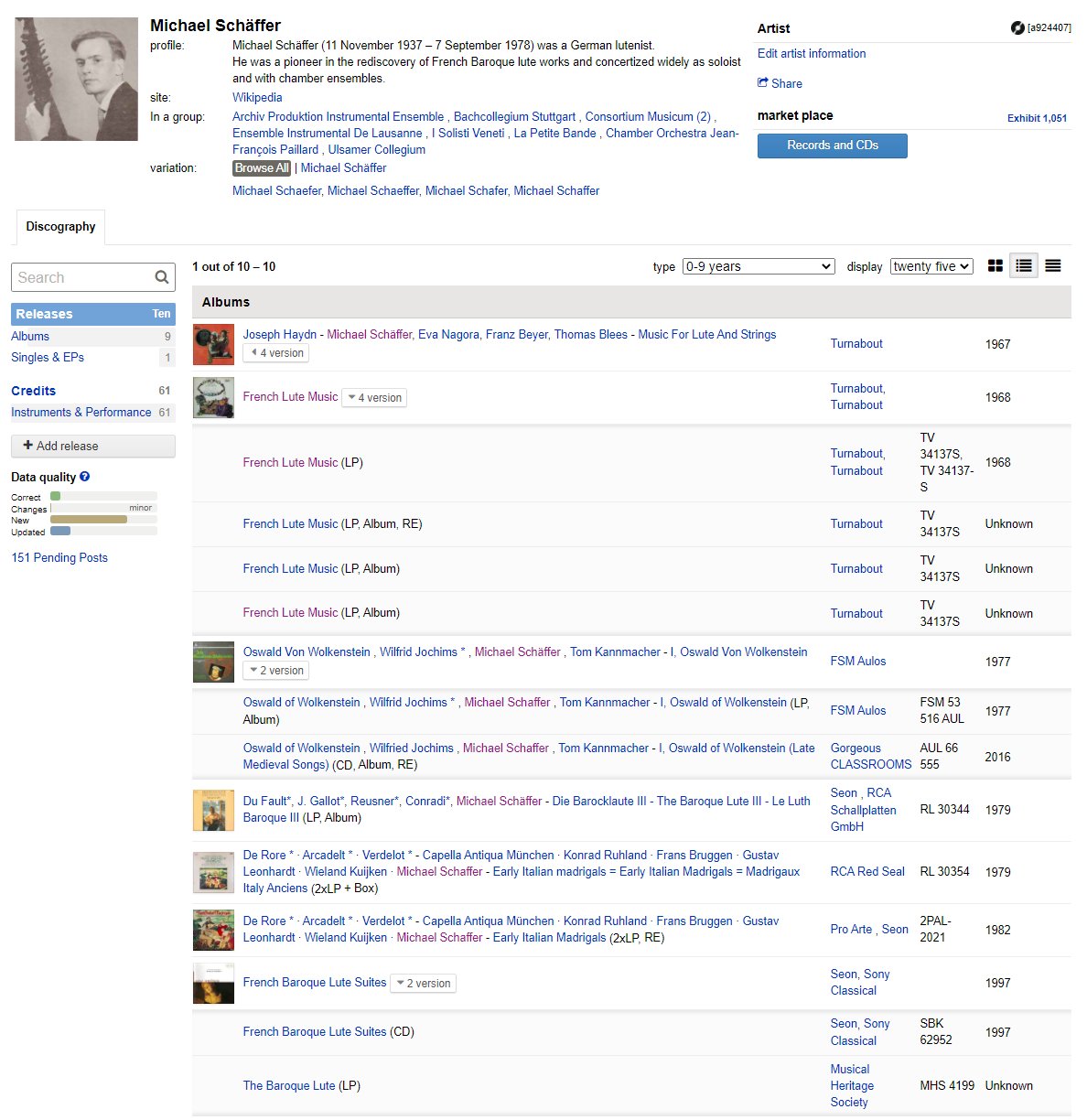 Thank you @dualazmak @Robin L
Happy to learn and discover other composers.

Now that you purchase further CD's; I just posted a thread regarding their organisation:
https://www.audiosciencereview.com/...your-cds-lps-k7s-tapes-physical-medias.21849/
OP

Now that you purchase further CD's; I just posted a thread regarding their organisation:
https://www.audiosciencereview.com/...your-cds-lps-k7s-tapes-physical-medias.21849/
Click to expand...

Just found another I missed with O'dette I really enjoy 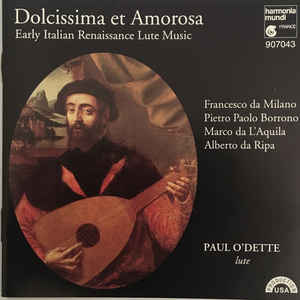 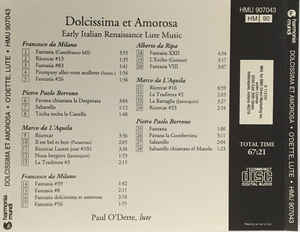 Imamura san >>>
Just one of many examples here ! Yasunori Imamura

Thank you for your continuing participation.

I do not have that O'dette: Dolcissima & Amorosa HMU 907043 which I would like to find and purchase soon.

Yes, I know Yasunori Imamura, but I only have this charming one;
Simone Molinaro: Intavolatula Di Liuto: BVCD-607 Deutsche Harmonia Mundi 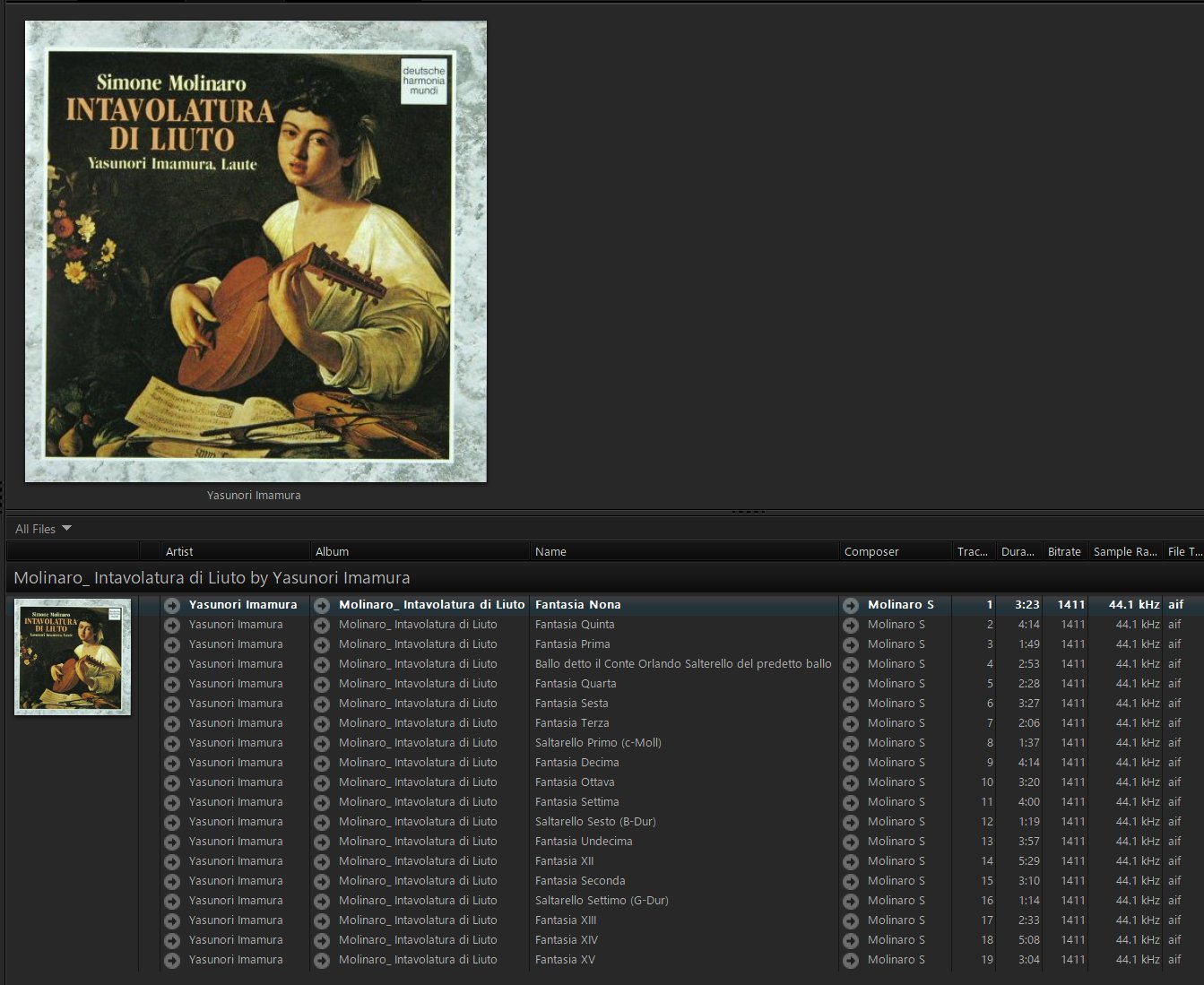 You can find several tracks of this CD in YouTube including this;

I thank you indeed for your reminder on Yasunori Imamura; now after hearing some YouTube videos including these uploaded by himself, I would like to add several his other CDs in my library;


He also plays theorbo so beautifully;

As shared in my post #21, I love the music by Giovanni Bononcini. After hearing several YouTube clips including this;

I decided to first purchase this CD;

An Interlude of the Thread:

Misawa Classics was a CD Label in Japan as a division of Misawa Homes Institute for Research and Development, under Misawa Homes Co., Ltd.

Misawa Classics released only 12 CDs during 1989 to 1992 mainly in early music genre, and the Label has disappeared with the end of the bubble economy.

The recording and musical quality of the 12 CDs are (were) really superb and they are still an important portion of supreme treasures in the music library of early music enthusiasts including myself.

Since it looks almost impossible to get these CDs (even in second used market) outside of Japan, I would like to share the details as follows; in case if you are really interested in hearing one or all of these wonderful CDs, please simply PM me describing your thoughts.

The cover arts of the 12 CDs are shown in this image; 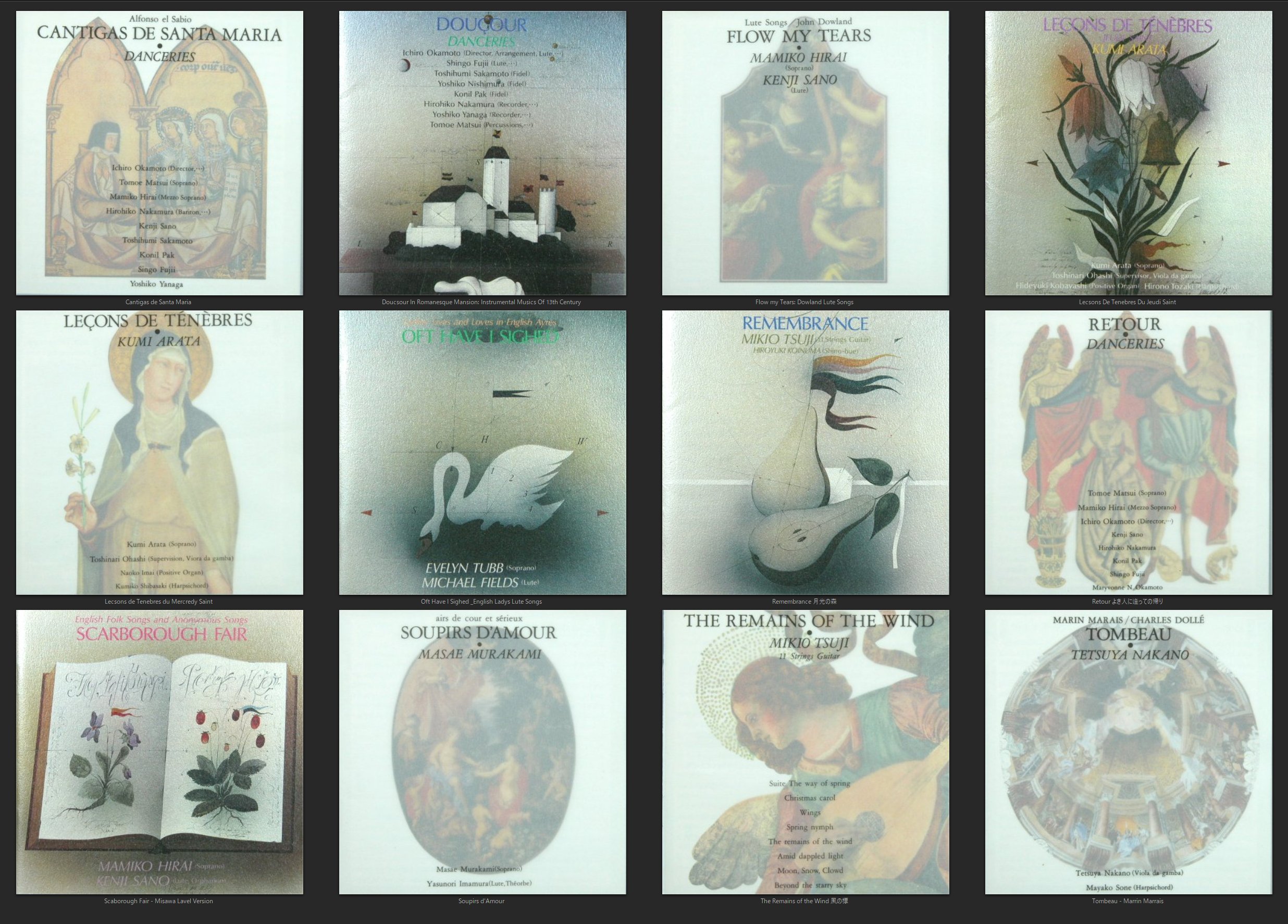 The details of the artists and contents are as follows in the order of release dates and catalog numbers.

As you can find, except for the two CDs (CSD-7 and CSD-17 on original tunes by guitarist Mikio TSUJI), the CDs were dedicated in early music.

In addition to several charming lute song albums (lutenists Kenji SANO, Yasunori IMAMURA and Michael FIELDS), I would like to emphasize the exceptionally astonishing and unique early music (baroque) soprano singer Kumi ARATA in this series on CSD-8 and CSD-16.

Kumi ARATA graduated with the diploma in Vocal Music at Kunitachi College of Music, and she continued research and singing in the Graduate School of Tokyo University of the Arts getting the degree of Doctor (Music) for her thesis on ”A Study of Vocal Ornamentation in the 18th-Century France."

Edited to add: She won the first prize in the Early Music Concours Yamanashi in 1987.

Later on, she moved to the Centre de Musique Baroque de Versailles in France, but very unfortunately her health problem inevitably forced her returning to Japan soon, and she retired from the music scene when she was enjoying her utmost career as early music soprano singer.

Even though I know little about her life thereafter, I believe the five CDs released in 1989 - 1993 (I will add other three CDs in my next post on Aeolian Records Label) should be really a great monument not only for her career but also for worldwide revival of early-music.

Edited to add-2: (at 22:20 Japan time, April 26)
Within the scope of this thread, the lute song albums by Mamiko HIRAI (soprano) and Kenji SANO (lute), CSD-12 and CSD-14, are also really charming and very nice (a few lute solo tracks included).

I highly recommend you to first hear Track-04 "Sylvie" in CSD-14 "Scarborough Fair", so charming accompanied by wonderful lute tune.

Again, An Interlude of the Thread:

I heard, but not yet fully confirmed, that several people at Misawa Classics left the Misawa Home Co., Ltd. to create and start Aeolian Records when Misawa decided ceasing Misawa Classics Label around 1990.

In any way, it was quite nice (for early music enthusiasts including myself) that Aeolian Records could successfully took over the artists, recorded sound sources and sales/distribution rights, from Misawa Classics. After the collapse of the bubble economy, however, Aeolian Records as such a minor indie Label could be operated only about 10 years, and it regretfully disappeared in 2001. 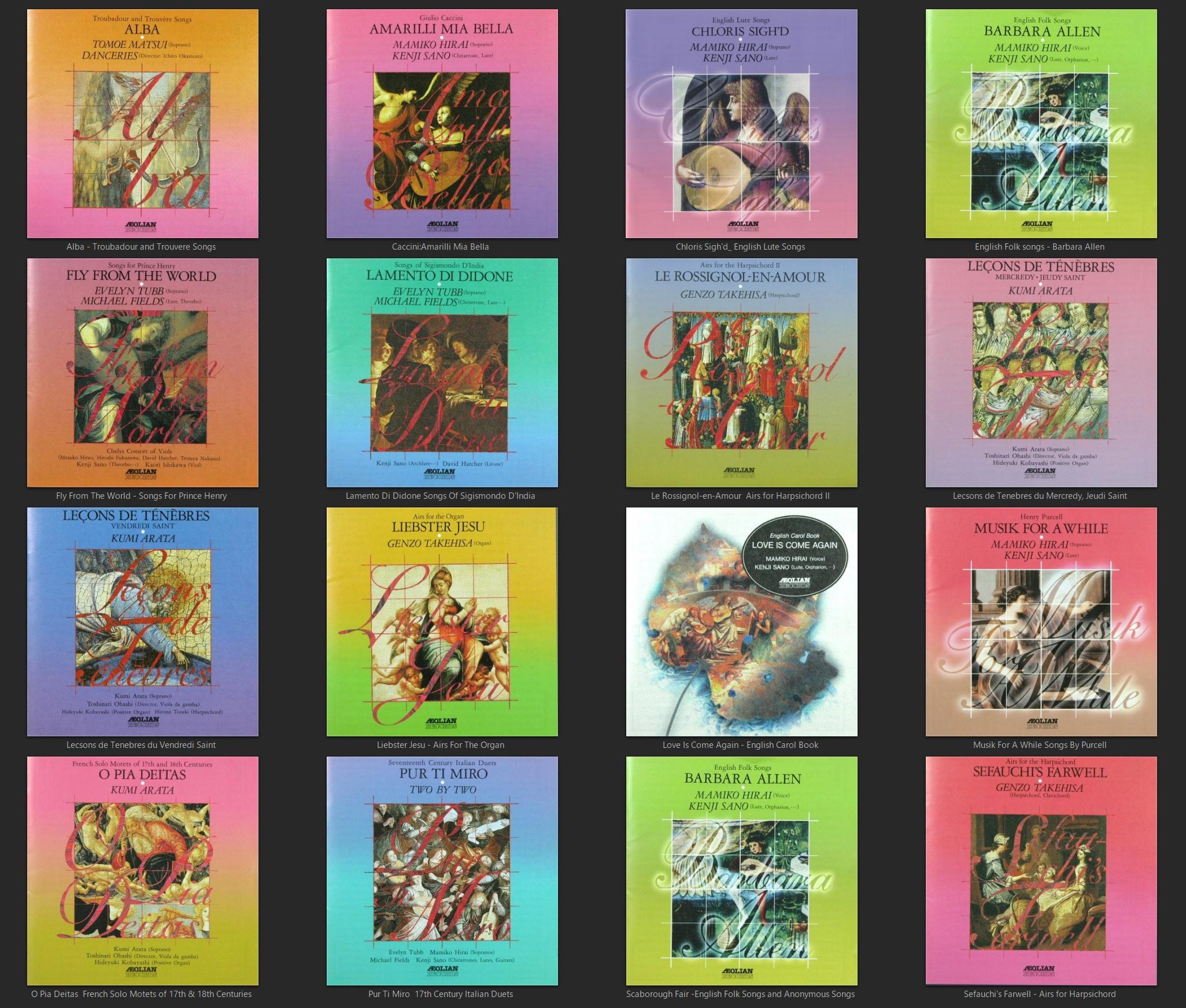 These CDs have been fully unavailable for a while, but in around 2012, ALM Records under Kojima Recording (who has been taking care of recording and engineering of Misawa Classics and Aeolian Records) succeeded the distribution rights of Aeolian CDs.

In the 2014 CD Catalogue of ALM Records we can find 11 Aeolian CDs which look still available from HMV & Books in Japan as shown in this link as long as they have stocks, even though I do not know the actual availability at HMV & Books site.

Since it looks almost impossible to get all of these 16 Aeolian CDs outside of Japan, I would like to share the artists and contents as follows in the order of release date and catalog numbers;
AEO-501 Aeolian Records

In case if you would be really interested in hearing one of (or all of) these 16 CDs, please just PM me of your thoughts.

Fortunately we have three more CDs (AEO-511, AEO-512 and AEO-514) of soprano Kumi ARATA who I introduced in my previous post; as far as I know, AEO-514 was her very last recording before her retirement.

Within the scope of this thread including "Lute Songs", let me share with you the very nice introductory text entitled "English Lute Songs" written by Kenji SANO in the booklet of AEO-518 followed by "The Performers", i.e. Mamiko HIRAI and Kenji SANO. 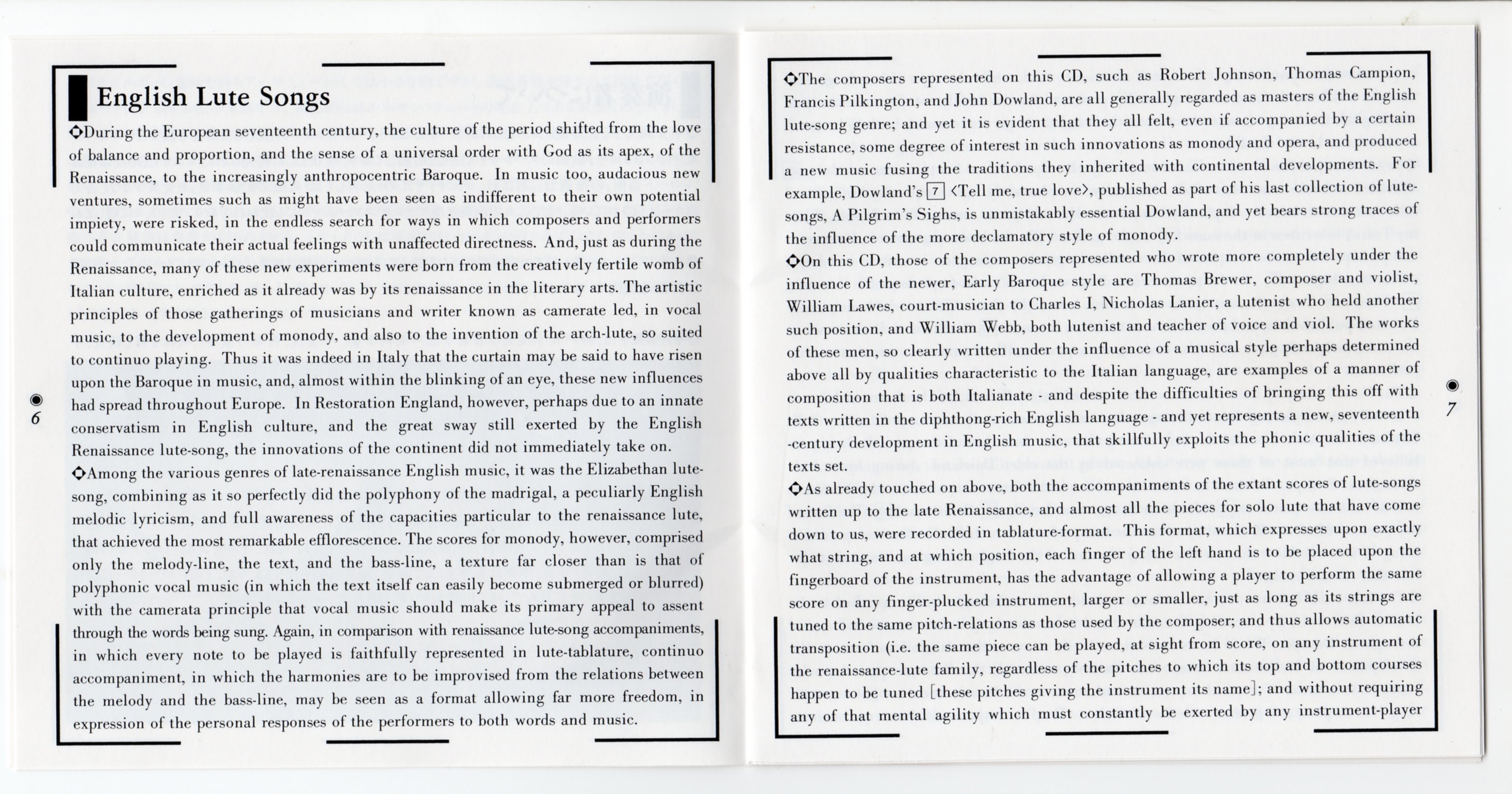 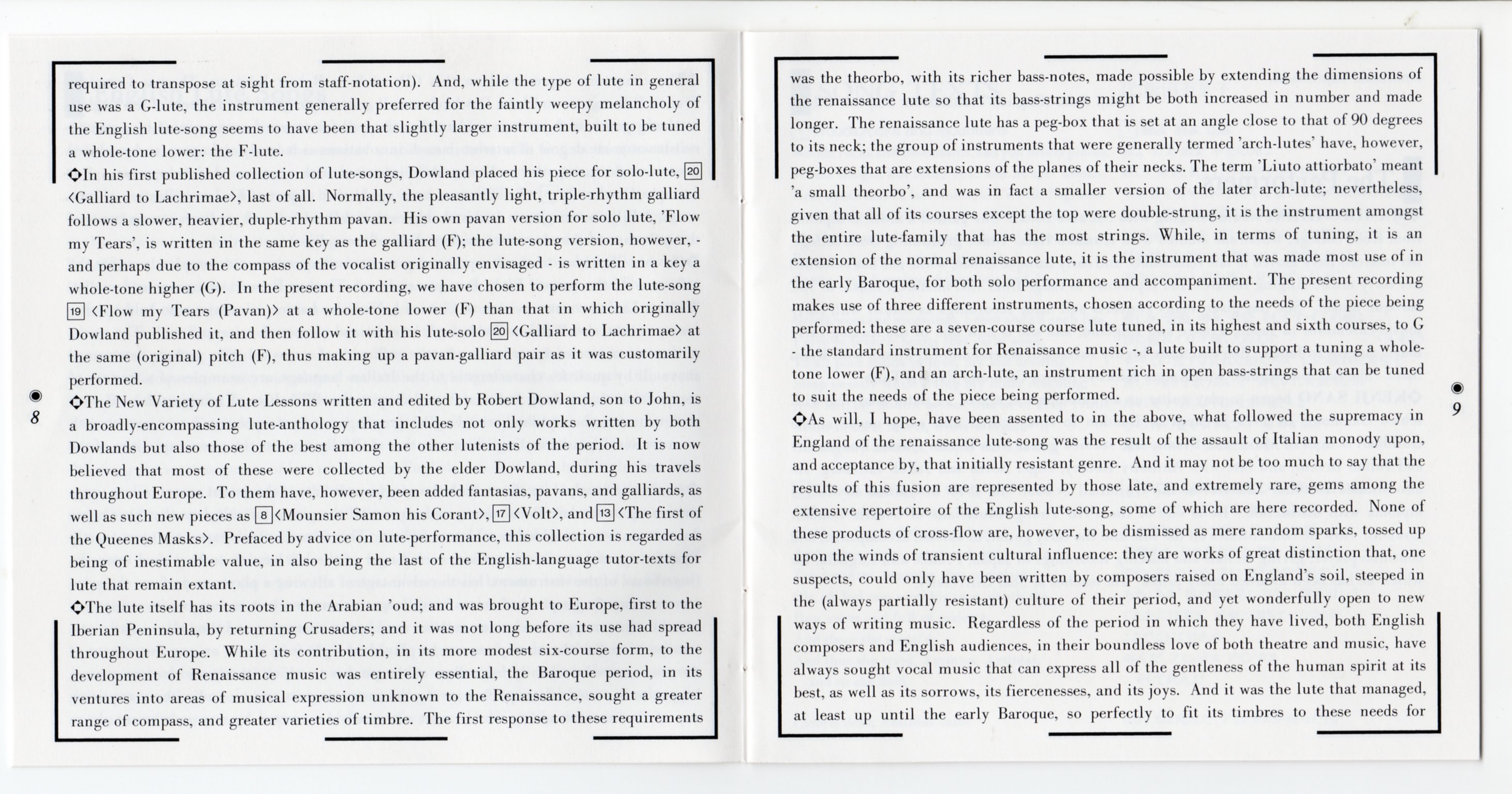 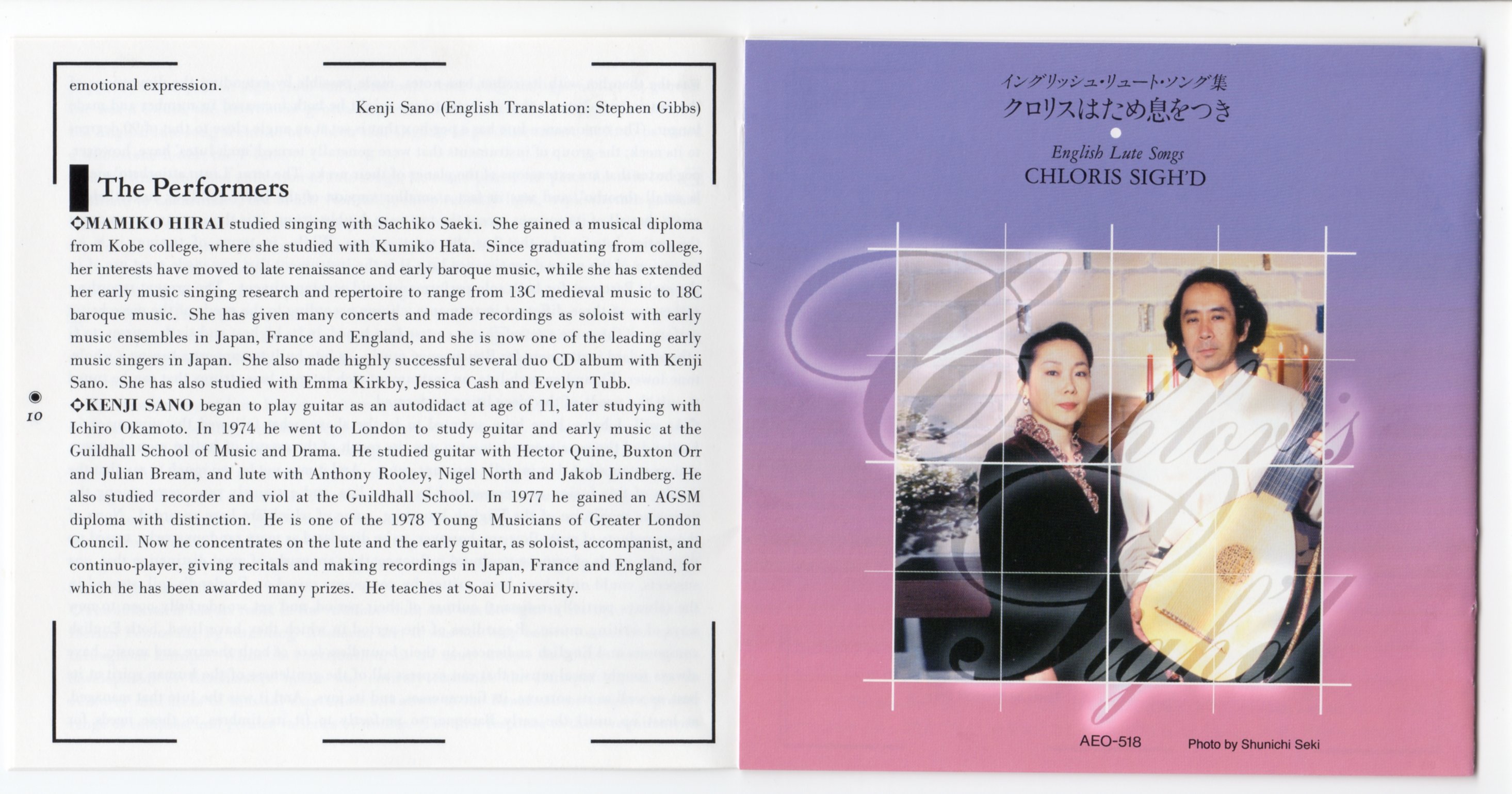 After for a while, now I am back on this thread.

During the past several weeks, I have been considerably concentrated on the issue of "Near Ultrasound - Ultrasound" Noises in Improperly Engineered/Processed HiRes Music Tracks, and Self-Defense Measure(s) for such High Frequency Noises. I feel this issue would be interesting, important and a little bit serious in our world of HiFi audio.

If you would be also interested in this issue, please visit my posts and our discussions from here to here on my multichannel multidriver multi-amplifier project thread. In any way, now I can be well relaxed again since I could find and establish my self-defense measures against this issue at least within my audio system.

Well, although quite belated, the day before yesterday, I download-purchased the wonderful album FERDINAND FISCHER: From Heaven on Earth (Lute Music from Kremsmünster Abbey) by Hubert Hoffmann (lutenist), CC7240D Challenge Classics which @nimar kindly informed in post #26, and we discussed in post #27 and post #28. 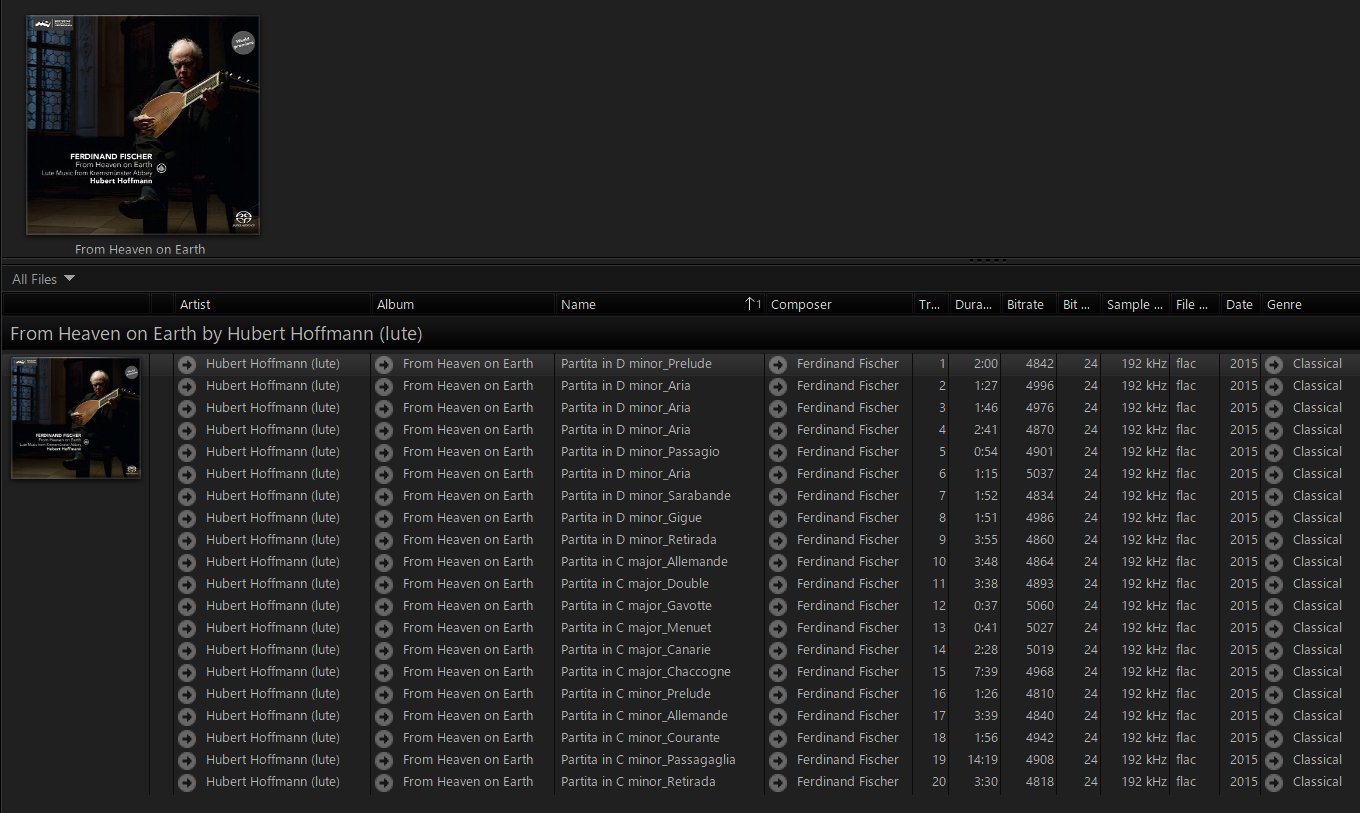 I fully agree with @nimar that the music, lute performance and the recording quality are all amazingly nice and wonderful, and I very much enjoy the music with my completed audio system.

The really stunning recording quality of this album encouraged me to analyze the tracks, Track-3 Aria (widest in dynamic range) and Track-17 Allemande (my favorite rather quiet track), by MusicScope. And, since in the booklet of this album they wrote "A complementary sub-woofer, for the ultra low frequencies under 40Hz, is highly recommended to maximally benefit from the sound quality of this recording.", I also analyzed the tracks with Adobe Audition 3.01 which gives the details of the frequency spectrum. 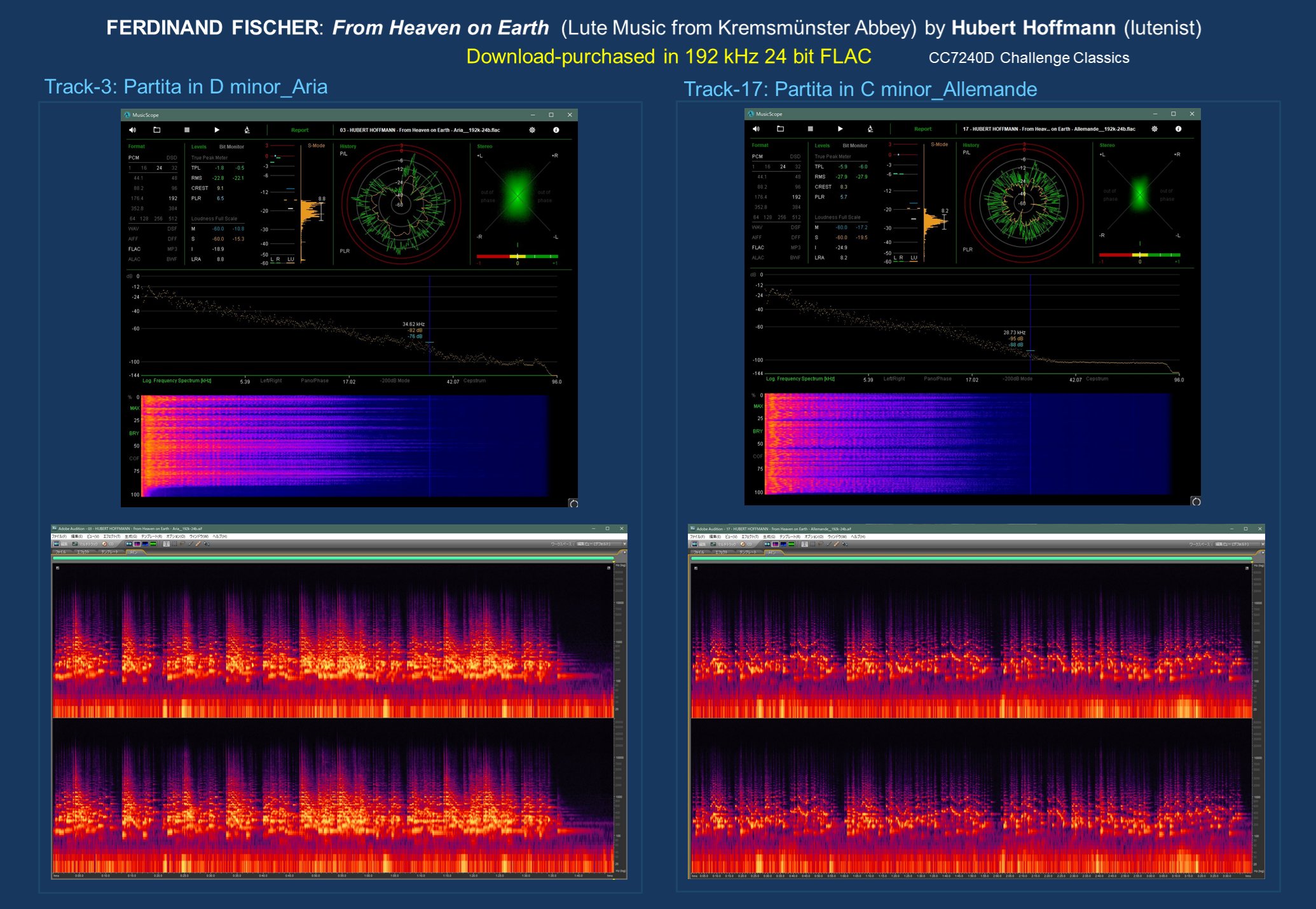 As you can see, the Fq distribution is really wide and nice; we can find and confirm that the "real music signals" do exist up to ca. 25 kHz to 35 kHz, and no significant noises in over 42 kHz, i.e. near-ultrasound to ultrasound Fq zone.

The recommendation of the "complementary sub-woofer" may be rationalized by the several low sounds around 15 Hz to 40 Hz which sould not come from the lute itself but may be caused by some reflections-resonances in the room acoustics. My system having L & R dual big sub-woofer (YAMAHA YST-SW1000) works very nicely for the low sound... (a few of such low sounds in non-music area in the end of the tracks can be heard like air-conditioning noises, though...)

In overall, the recording quality is amazingly wonderful. Of course, the same for music and performance.

Edit: For your closer viewing of the Fq spectrum by Adobe Audition 3.01, let me paste larger images as follows;
Track-3: Partita in D minor_Aria 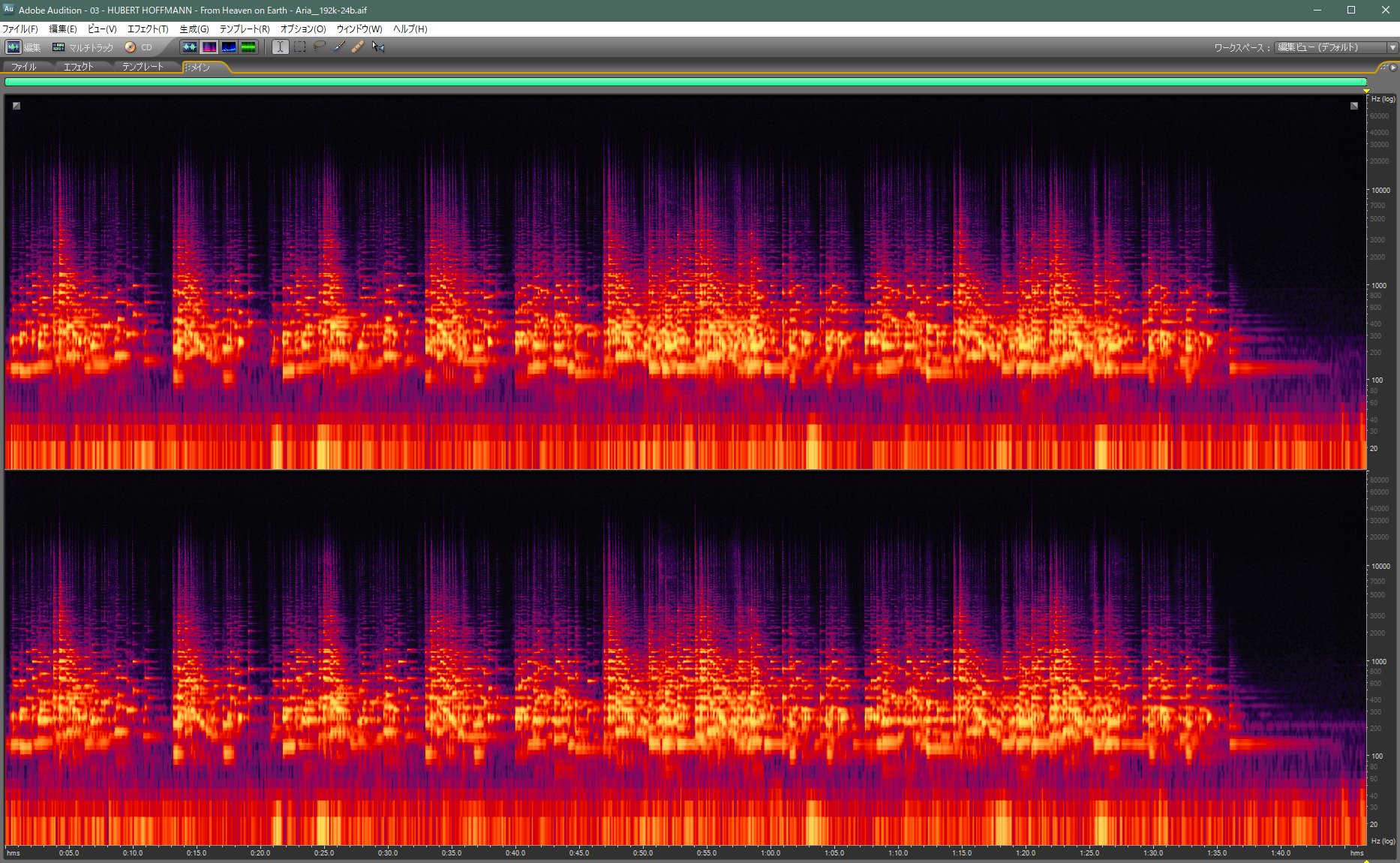 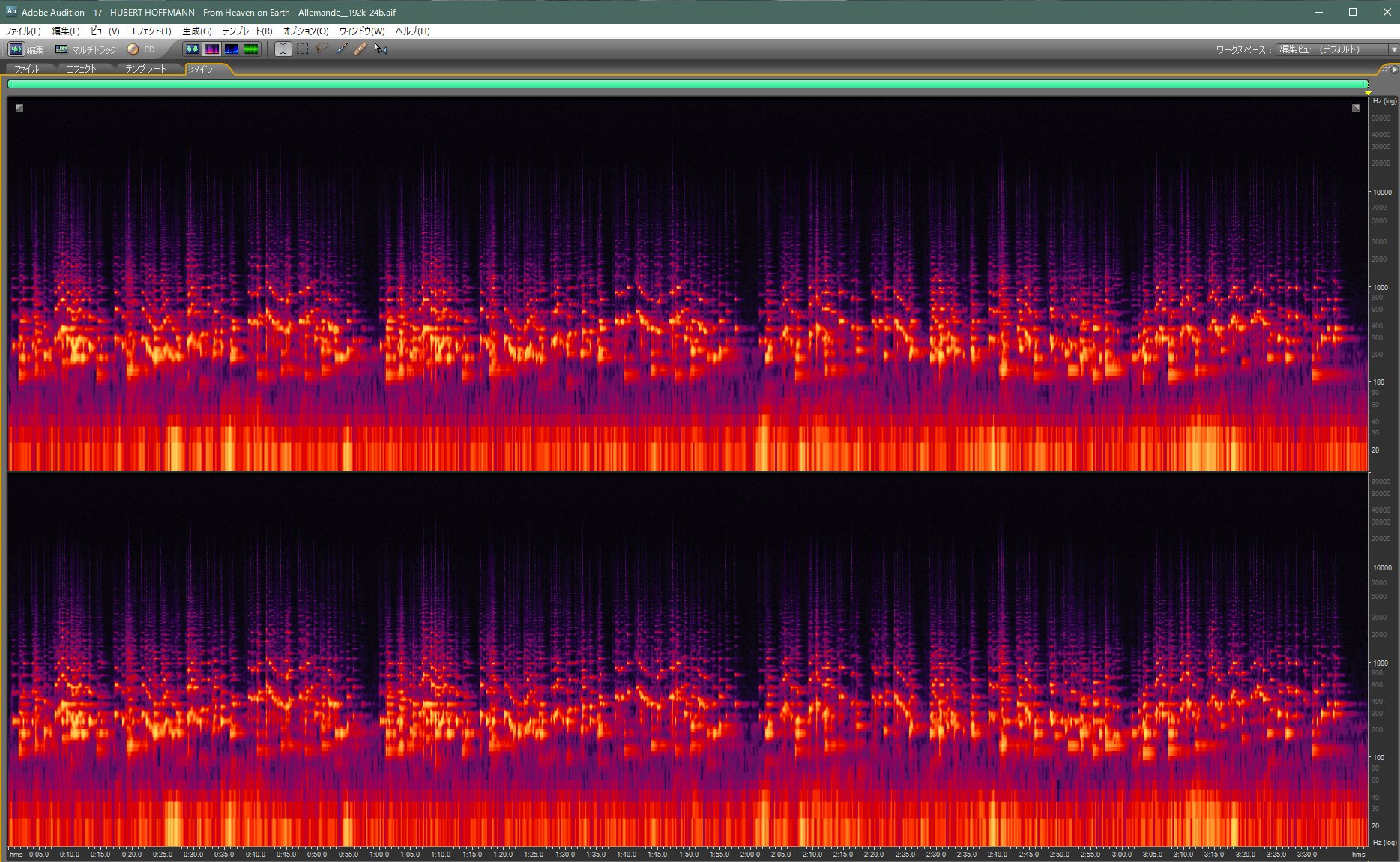 I just picked up this excellent Elektra/Nonesuch CD from the very early CD era
Great material and performances by Paul O'Dette ; but mixed for mice , plan on turning your amplifier
WAY UP to get it to listening level. Don't know what they were thinking, probably the lowest volume CD in my library 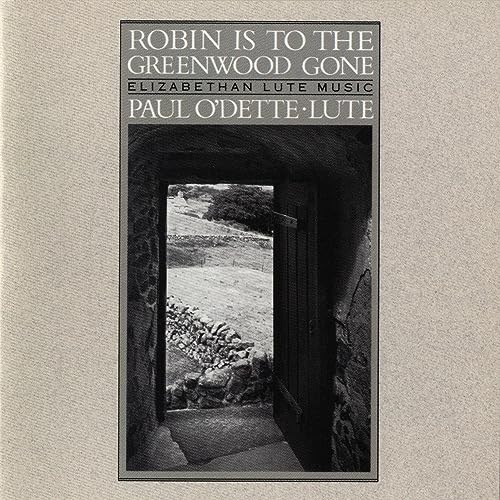 KR500 said:
I just picked up this excellent Elektra/Nonesuch CD from the very early CD era
Great material and performances by Paul O'Dette ; but mixed for mice , plan on turning your amplifier
WAY UP to get it to listening level. Don't know what they were thinking, probably the lowest volume CD in my library

They were thinking of people playing back the recording at a realistic level. Of course, people want the music to be audible. But a lute is not really audible in a typical concert hall. Agree that it's one of Paul O'Dette's better recordings [otherwise].
I can't even remember what it was I came here to get away from
You must log in or register to reply here.

Today at 9:13 AM
analogSurviver
A
U
(Audiophile) americana and country music? Who likes it? Recommendations?
4 5 6