Is there no bottom line for "HiFi" definition?

Really? I actually can never imagined any engineer that doesn't like discussion and block me from replying some thread, nor I also don't believe in 2022 there's still ppl believing 44.1khz is "HiFi" equipment. So it's really hard for me to decide which should I address 1st.

Just kidding, as an engineer means my priority always based on science, hence i will try to explained why 192khz is the lowest acceptable resolution dac sampling rate for any "hifi" system. Hopefully science will actually open it's door to this forum, someday

Nyquist's theorem states that a periodic signal must be sampled at more than twice the highest frequency component of the signal. In practice, because of the finite time available, a sample rate somewhat higher than this is necessary. A sample rate of 4 per cycle at oscilloscope bandwidth would be typical.

Let see what reconstruct of a sampling rate quartet per sine wave at highest frequency. Exactly in this link Figure 3-10

Three hunchback camel, not exactly hifi but it's better. That's what 92.8khz sampling rate would give you at higher harmony.

This link Human hearing limit describe the "normal" highest harmony range human can hear. Usually "HiFi" audio would define 20-24khz, but some argue although human cannot clearly hearing those upper frequency, but their brain can intercept "the absent" of those harmony in normal sound.

Much alike the famous "motion sickness" in gaming screen. Although depending on ambient brightness human eyes "seemingly "cannot preceive more than 30-60hz, but if you know where to look at, changing it to a 120hz monitor screen had significant different even just for extremely smooth mouse moving (also claimed to nullified the disproportion causing to your brain, aka motion sickness). From 120hz to 240hz also had improvement, but not as significant (unless it's extremely fast pace FPS).

3. What do you sacrificed by having lower than 192khz DAC resolution?

It's simple, you lose transcient response of higher frequency, with the higher harmonic being muddy and extremely unnatural ( Triangle shape to be exact. At particular harmonies of 1,2,4,6k). Depending which sound signature your "HiFi" system currently at, it might be not so big of deal if you used a low capacitant and high inductance cable (lower strands, higher gauge, lower conductivity (aka warm/lower transcient frequancy response)).

I personally not a fan of fastest attack and seeking perfect tonal of higher harmonic up until 35k-50k, but IMO it doesn't count as entry level "High Fidelity" system if it's not at least 24bit rate and 192khz sampling rate. I tried 32 bit and 384 khz sampling rate, still had improvement but not much for my 20-20khz cheap studio monitor. Maybe if I upgrade my studio monitor to T5v or A5x in adam audio then it will make a different, probably.

Conclusion
For the most absurb things I've ever heard in my almost two decades of music listening experiences, or my almost 12 years since I start studying electronic engineer knowledge. This is the most crazy thought that I heard that in year 2022, there are still someone believe a 16 bit rate and 44.1khz sampling frequency is "High Fidelity" audio that can represent real life sound.

Now I actually know where those gauge, strands count nor cable doesn't make any different "myth" coming from.

I guess engineer also a myth then, much like magician 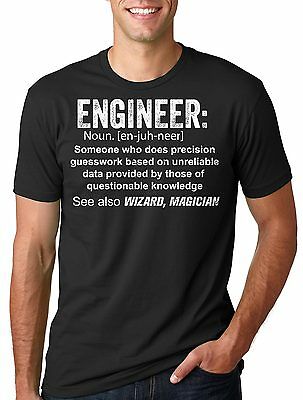 Can I ask which university your degree is from?

I suspect English is not your native language. That is okay. A tip: it is spelled transient. That little red line in the browser when you type in transcient indicates incorrect spelling.

Additional tip: both of your links in your post contradict what you are claiming. So if you have not read them yet now is a good time.
Last edited: May 19, 2022

Logic must be a 2nd language to him.
Electronics hardware and software design engineer for a leading manufacturer of high end audio power amplifiers and preamp/processors for home and professional cinema use. We manufacture our own branded product lines and are a large ODM/OEM manufacturer.

There ain't no Coupe deVille hiding at the bottom of a Cracker Jack Box. - Meat Loaf