Is there any difference between the LCD-24 and LCD-X 2021 after are both equed to the Harman Curve?

Hi all, does anyone of you have experience with both the lcd-x and lcd-24?

I was in the market for an LCD-X, I have an HD800s which I EQ to the Harman target and its almost perfect, but I find the sub bass around 30 hz to be insufficient even after eq. I did a tone test with a sine wave at 30 hz and no matter how much I would boost the signal I would barely perceive it, when I tried to do the same thing with the timeless 7hz I could clearly hear the sound.
So I thought maybe the planar driver of the LCD-X that is twice as big could probably give me sufficient and accurate amount even in the low frequencies. Surely enough I saw Amir's review and the LCD-X barely distorts in the low frequencies so I thought here we go, but then out of curiosity I saw the review of the LCD-24 and it was performing even better distortion wise. Audeze says that's because they use an even thinner diaphragm and stronger magnets, but I am not sure if thats just marketing nonsense or if its the reason why the 24 are distorting even less, nonetheless is that difference perceivable when are both equed to the Harman target?
S

Just buy the one with lower distortion as it'll be better and it'll have more eq opportunity, assuming both models have broadly similar FR.
OP

sq225917 said:
Just buy the one with lower distortion as it'll be better and it'll have more eq opportunity, assuming both models have broadly similar FR.
Click to expand...

the only thing that kinda worries me is that the 24 has a few dips in the highs compared to the X and I am not sure if thats equable. 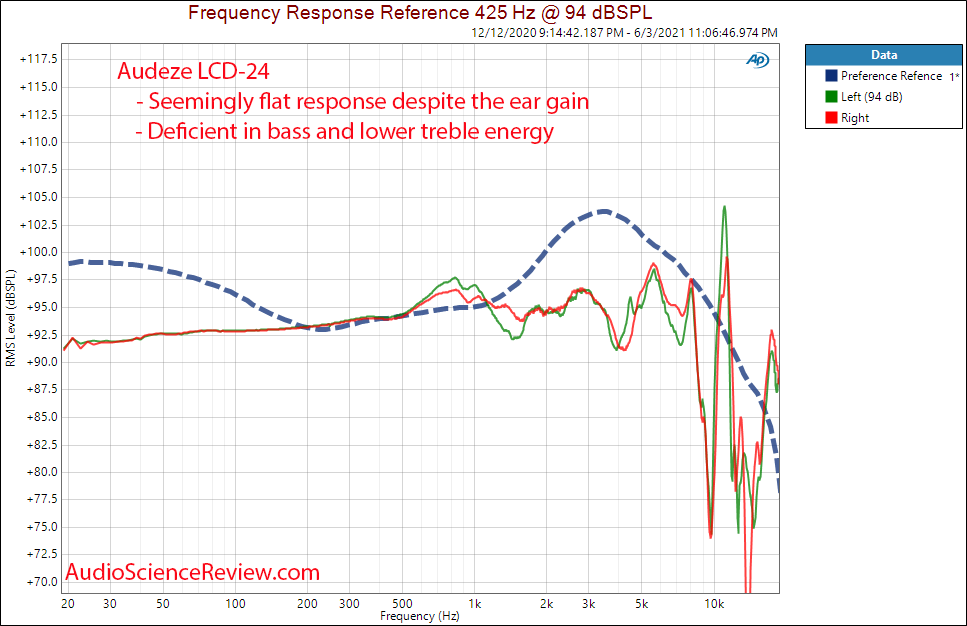 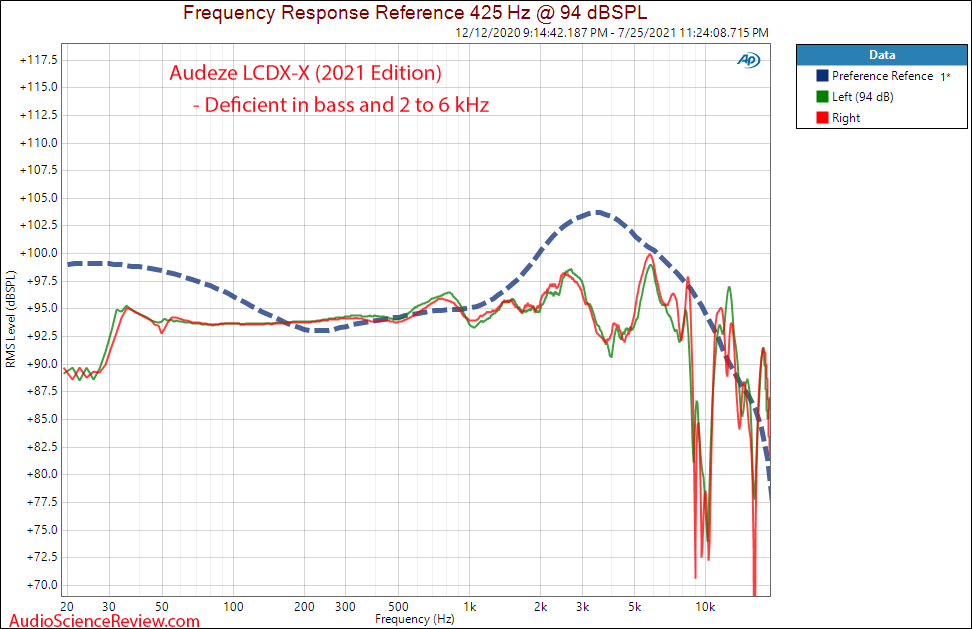 Measurements in high frequencies (8kHz and up) are not that reliable and need to be evaluated with some caution.
OP

I ended up hearing them both and preferred the 24. Now I need to find a math wiz to turn the supplied frequency response from audeze to match it to the harman target.
You must log in or register to reply here.