Is there a device that can replace 5 Ipods in an office music system?

We have an office-wide audio system from HTD. At the moment, we have five sources that can be directed into six different rooms. The sources are an Apple Mac Mini music server, a Muzak system, and three ipods.

The ipods are getting old, and it's a pain to manage them. We could install three Mac minis, but that would be a lot of money.

Is there a device that can be accessed via web, that has 3 - 5, independent music sources in it that's not obscenely expensive?

Can't you just plug multiple dongles into the Mac Mini and have several player instances? LogitechMediaServer (LMS) and several instances of squeezelite (the player endpoint) on linux can work that way, so you should be able to do something similar on a Mac. If you've got an old PC or laptop you could stick daphile on it - that's a preconfigured linux LMS appliance that will set up a squeezelite instance for each audio device it finds. It apparently runs on some Mac Minis too. Should work well with the Apple USB-C dongles.
OP
E

That mostly just went over my head.

Could run Volumio on 5 rasp pis and connect them to each system and your wifi, with added D10 USB or apple usb audio dongles (maybe need usb-a to c adapter) on each for better SQ. They can be airplayed to but if you want to use the web interface on them for music selection I think it will only run Spotify and not iTunes. Still, if you're fine with paying for a Spotify family plan then you can make up to 6 accounts and run 1 on each Volumio Pi and have them all play at the same time no issue and no need to store the music anywhere. You could also store a bunch of music on the Mac Mini and have Volumio web interface able to access it by samba or DLNA and then you won't need Spotify.

emmett518 said:
We have an office-wide audio system from HTD. At the moment, we have five sources that can be directed into six different rooms. The sources are an Apple Mac Mini music server, a Muzak system, and three ipods.

The ipods are getting old, and it's a pain to manage them. We could install three Mac minis, but that would be a lot of money.

Is there a device that can be accessed via web, that has 3 - 5, independent music sources in it that's not obscenely expensive?

I would do this with Logitech Media Server running on the Mac Mini and a Raspberry Pi in each "zone" you want music in. You can can synch the zones or they can be independent, and this can all be controlled from a phone, tablet or laptop. It haven't tried to source that many Pis recently, though.
S

emmett518 said:
That mostly just went over my head.

https://www.audiosciencereview.com/...pple-vs-google-usb-c-headphone-adapters.5541/
Apple's USB headphone adapters are cheap and perform well, and will provide a similar output to your existing iPods.

I don't know whether you can run multiple iTunes instances and direct the output to specific outputs. I would hope so, but it wouldn't be the first time I've assumed a Mac can do something I'd consider an everyday thing then found it couldn't. If you can't do it with iTunes you should be able to with another player - I'm not familiar with the options on Macs. It seems you need either a player that has an option to let you pick the output device, or an application to let you control the routing, as Apple don't provide a built in way to do it:
https://apple.stackexchange.com/que...udio-from-a-single-app-to-a-particular-output

LogitechMediaServer is a music server that can run on Mac, Windows or Linux, and can send music to multiple players, all controlled through a web interface or phone app. Each player can be controlled separately, or grouped for synchronised playback. Squeezelite is a software player that connects to LMS and runs from the command line, although usually you would automate this so it gets started with the right settings whenever you power on the machine. On linux I can start several instances of this player, with each sending audio to a different output device - I assume it can be used the same way on a Mac but I don't have one to try. @Daverz is suggesting running squeezelite on a separate Pi for each zone, presumably with piCorePlayer, but I think that's unnecessary, quite apart from the difficulty of getting hold of a Pi right now.

Daphile is just an easy way to set up an old PC to run LMS and as many players as you have audio devices. It installs a minimal linux OS, LMS and squeezelite, and you can do everything through a web browser if you don't want to have mouse/keyboard/screen attached. You don't need to know anything about linux to run it. I mention it as an alternative to setting it all up on MacOS that can be run on very cheap hardware that you may already have anyway. It has been reported to work on at least some Mac Minis too, if you don't mind replacing MacOS.
OP
E

So you need LMS and SL?

And Pi 4s are pre order sold out, and those pre-orders aren't shipping until August. 3s apparently aren't powerful enough to do music server tasks.
D

Yes, but if you "etch" something like PiCorePlayer to your sd card, it will come with both LMS and SL set up for you. You just need to turn on LMS in the web config, assuming you want to run LMS on the same Pi.


emmett518 said:
And Pi 4s are pre order sold out, and those pre-orders aren't shipping until August. 3s apparently aren't powerful enough to do music server tasks.
Click to expand...

I think the Pi3 has plenty of power, but maybe not enough memory for heavy server use? (I don't have any experience with this, though). Might be fine for light server use, and plenty of power for use as a client. The issue with the Pi3 was using the USB with sample rates over 48kHz. For this application I assume the built in sound would be used. To summarize: Pi3s would be fine for use as streaming clients using the built in sound.

Run LMS on your current Mac Mini. It can handle multiple zones separately or synchronized. If you can't find Raspberry Pi units -- even the Pi Zero would work -- you can use a cheap mini PC like this one: 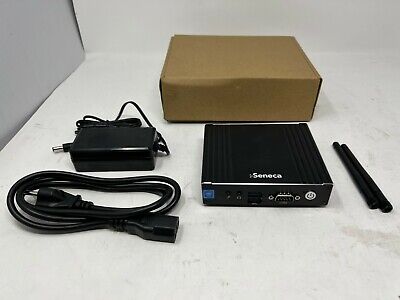 Control each zone via browser, tablet or phone.

I see Apple no longer sells iPod. The cheapest thing they make is iPhone SE, at $429 per unit. But you can get a DAC for much less. Not sure Apple dongle will work here, since that is Lightning in to 3.5 mm stereo jack out, and Mac Mini doesn’t use Lightning connector. Lightning is for mobile handheld. Mac mini has thunderbolt x2 and USB x2.
The HTD uses 3.5mm stereo jack as input to each “channel,” with channel being their name for what would be called in an AVR a zone. A channel here is a stereo pair.
I assume you are using Mac Mini 3.5 mm jack right now for one of the HTD channels. You may be able to add two usb DAC’s, if those ports are not used already for something else like keyboard or mouse. If so, you would still have to have player software that would let you use those two DAC’s in addition to the 3.5 mm headphone jack already in use. That’s three simultaneous, independent music streams, which should be possible, but maybe not with Apple Music. You might have to add another, like foobar, music bee, jriver, or Logitech Media Server (LMS). My vote is for LMS, with some flavor of Squeeze player for each zone.
If this all sounds like too much learning all at once, and replacing each old iPod with a new iPhone SE sounds too expensive, consider sourcing an old, used iPhone, lap top, or tablet. I repurposed an old Mac Mini, some of those can had for cheap.
H

emmett518 said:
We have an office-wide audio system from HTD....
<snip>
Is there a device that can be accessed via web, that has 3 - 5, independent music sources in it that's not obscenely expensive?
Click to expand...

You guys can remote control the existing Mac across the office, right? And there's a central location for audio wiring? If yes, I 100% agree with @somebodyelse. You can be cheap here.

Being a mostly Windows guy, I'd spend $50-100 total for 3x USB DACs, then run 3x copies of Foobar2000 portable. (Portable apps each keep everything under a single folder, so all settings remain distinct across the 3x copies.) Make the windows different colors, arrange them in columns, and done.

I'm not familiar with free & tweakable Mac music players, so maybe start looking at alternativeto.net. Assuming music for office zones mostly runs playlists, there's definitely a CLI way to send audio files in a folder to a particular output in a format it likes.
S

And Pi 4s are pre order sold out, and those pre-orders aren't shipping until August. 3s apparently aren't powerful enough to do music server tasks.
Click to expand...

If you use LMS you need squeezelite, or some other variety of compatible player, for each output.

A Pi 3 is powerful enough for music server tasks. I used to run LMS on a VIA EPIA which is slower and has less memory than a Pi 3. The web browser that some of the images use to show the interface is more demanding than the music server or player parts. A Pi Zero can run piCorePlayer, but I don't think you need the Pi at all.
K

Put all the media onto a NAS and then access it using a UPnP player such as BubbleUPnP from each room.
You must log in or register to reply here.

R
A bit of Streaming "Auditioning"