I might build a NAS/media server. Would you use this???

So I have this old HTPC from I dont know, maybe 2006 or so but unused in at least 10years. It's missing the door that covered the DVD drive....

but I dug it out of storage to see how many hdd's would fit in it. To my surprise it appears that you can mount 4-6 hard drives in here!

I'm thinking about replacing the motherboard and processor and adding a stack of hdd's to set up in raid.

What do you guys think? Would you convert this into basically a nas/media server?

This is a budget build so no $750 video card or nothing like that....I want things that will run fairly cool, last a long time staying very stable, can stay on all the time.

I will install my music here and run something like Audirvarna, Jriver. I will use dlna as well as raid.....do I need a special version of windows to run raid? Should I do something besides windows? I'm thinking windows because that's all Audirvarna runs on and I know it best. But maybe something else that's free like Lunix would be more stable to stay on 24/7?

Itll need a motherboard with wifi, at least gigabit lan, hdmi, USB 3.0. I'll be using dlna to my stereo but I'd also like the ability to transmit high quality audio via some type of wired connection as well (I suppose it seems like everyone is doing USB audio now)....is there something to look at in computer hardware that helps it have high quality audio?

I'm in a planning phase so I'd LOVE to hear all your ideas. I've not been into computers in over 10 years so I'm behind. Especially regarding bringing audio system into the PC realm.
Last edited: Jun 18, 2020
OP
S

I should add that I also want to rip our DVD's to put on here, and all my family pictures and home movies. So I want to be able to pull it all up on my TV and look/feel nice and polished. I was thinking of using Kodi maybe? It has a pretty neat polished look and should display well on a tv and has a Plex integration I can use for videos. Then something else for music...possibly that has a Kodi add on. But you guys may know something better.

I've even considered getting a nvidia shield for the TV and just building this computer out as a straight up NAS that attached to the Nvidia.....honestly that might be the best since Nvidia will stays up to date and such and I dont have to worry about some software updating and no longer working with something else, etc.
Last edited: Jun 18, 2020

HemiRick said:
make sure to a get a motherboard that supports RAID so you dont need another add in card to do it
Click to expand...
Thank You! I havent got to researching how to build out a raid setup....that was PERFECT info to point me in a direction.
J

If you're only going to be changing the mobo/cpu and adding hard drives, then all you basically have left is the chassis, PSU and optical drive, no? I think at that point you may as well start with a fresh chassis.

Would definitely suggest going with a mini-itx board if you think you will only have 4 disks or so.

Make sure this old power supply is suitable for the new responsibilities. If not, consider a new box and PS.
Senior Contributing Editor, Stereophile
J

If you're getting a new motherboard etc, then it sounds like you're basically only keeping the case ? I haven't built a PC in a very long time - are motherboards nowadays compatible with the case which you have ?

As I understand it (but happy to be corrected by those more knowledgeable than me), there is nothing special at all required for "quality audio" over USB. Even USB2 is far faster than the requirements of any audio signal, there is buffering and there is error correction. People seem to think that audio applications are much more critical than other IT applications but it's the other way round. In the unlikely event that a single 0 or 1 in your audio signal was corrupted, so what ? It will be inaudible and you will definitely not notice the difference. However, if it's the same corruption when you're trying to load a program over USB from a SSD or hard disk, your computer will crash if it tries to execute the corrupted code.

Chances are you will need a new PSU. By the time you have bought a new motherboard, RAM, HDD/SSDs and PSU, you may as well add a new case.

You can buy cases designed for NAS use, but they tend to be expensive, e.g. http://www.u-nas.com/xcart/product.php?productid=17617 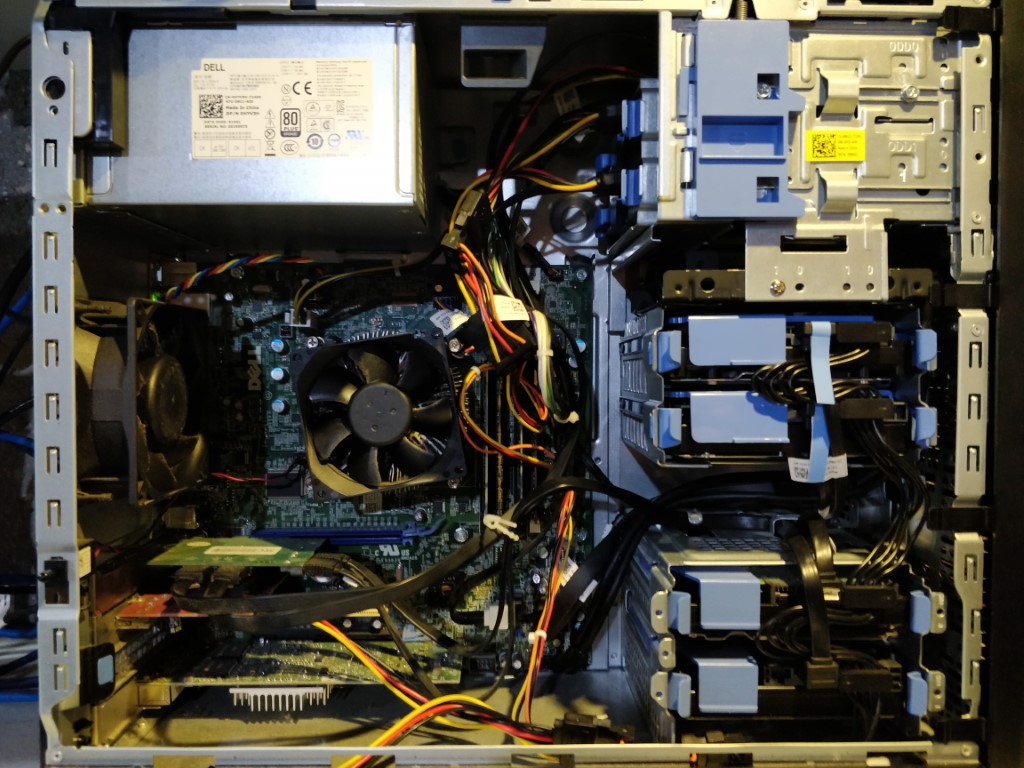 What do you home to gain by running RAID?

The project has officially started....I just bought four 6Tb 7200rpm drives for $250. New the guy paid over $700 for them and they still have warranty until November. So that's exciting I'm the proud new owner of 24Tb of storage. Man, I can remember the days when 50Gb was a 'crazy' amount of storage that we would never fill up. Haha. 24Tb isnt even much now a days.

So IF I end up going with a new case it needs to be slim (less than 6.5" wide). I am going to use this similar to a NAS but it doesnt need to look like a NAS....I'm not against it, but the NAS design typically has the 'containers' for the hdd's which runs the price up... I dont need that. Also, I dont care about lights and that kind of stuff.

I'm thinking about running Unraid OS....anyone here familiar with it? It backs up using a much lower disk space. With my 4 drives I would only need to use 1 of them as the backup space. It backs everything up using a different kind of format and uses a lot less space. Unraid is build from Linux and uses Docker so any application that can run in Docker will work on Unraid. Any thoughts on Unraid? I believe Plex and Roon and maybe others will run good in Docker.

RayDunzl said:
I think my first hard drive was 200 meg.
Click to expand...
I had a Commodore 128 as a kid in the 80's. But the first computer I actually built was 500Mb....but by the time they got 50GB I thought it was ridiculous space. Then that HTPC in the pictures has a 500GB which at the time was HUGE cutting edge space....at least for personal use. I can't recall exactly but thinking back I think maybe around 2006. I built a lot in between but havent built a computer since about 2007.
T

I would look at the Gigabyte Ultradurable motherboards and the Streacom cases and power supplies.

I own a very similar case from Silverstone and it has a big advantage over modern cases: it fits perfectly in a 19” rack. I’m not using it as a NAS, though (I have a QNAP model for that).

RayDunzl said:
I think my first hard drive was 200 meg.
Click to expand...
Mine was 10.
Senior Contributing Editor, Stereophile

I think we're already past this, but I just want to hop in and say one thing. I'm a professional software developer who's been working with Windows for north of twenty years in various capacities. I'm the one people come to when the OS is being stupid. And yet every time I try to set one up to act as a halfway decent server it makes me want to shoot myself. Don't do it unless you absolutely have to run it as a Windows box for some reason. There are nice dedicated HTPC and NAS variants of Linux, which I think you're already looking at.
OP
S

Promit said:
I think we're already past this, but I just want to hop in and say one thing. I'm a professional software developer who's been working with Windows for north of twenty years in various capacities. I'm the one people come to when the OS is being stupid. And yet every time I try to set one up to act as a halfway decent server it makes me want to shoot myself. Don't do it unless you absolutely have to run it as a Windows box for some reason. There are nice dedicated HTPC and NAS variants of Linux, which I think you're already looking at.
Click to expand...
I would love as much input as you want to give. Windows is all I've ever used and I'm not super knowledgeable about what is best, advantages and disadvantages of all the options, etc.

I'm considering Unraid because it seems like a excellent protection that wont use up half of my drive space. I know it uses Docker and Plex works and very recently some Unraid forum members have Roon going. I literally know nothing else about it and if I should go with it or something else. One issue is that Unraid seems pretty limited in terms of what all apps I can run on it....but maybe it seems that way because I'm so uneducated about it. I've just started researching it this week.

Ultimatly, I want something solid that can stay on 24/7 and wont require constant maintenance and troublesome updates, etc. I just want to turn it on and it work good for a long time and help protect my data while using as little disk space as possible.

I'm open to suggestions....I dont know what all is available.
OP
S

TomB said:
I would look at the Gigabyte Ultradurable motherboards and the Streacom cases and power supplies.
Click to expand...
Tom, is there a specific reason? Are they extremely reliable? It looks like GB Ultra has a lot of MB's is there a specific model that you really like or have found to be extremely durable? 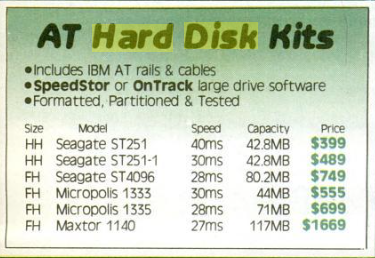 SPOautos said:
I just bought four 6Tb 7200rpm drives for $250.
Click to expand...
Drives support SMART. You should be able to query the drives to find on their Power On Hours. Pray they aren't stratospheric.
OP
S

Jinjuku said:
Drives support SMART. You should be able to query the drives to find on their Power On Hours. Pray they aren't stratospheric.
Click to expand...
Thanks for the info!

I doubt it, the guy was using them in a media server in his house. But ended up needing more space. He has only even *owned* them for 21,000 hours...but it would have had to run 24/7 for the power on hours to get that high.....I would think home use in a media server is pretty low.