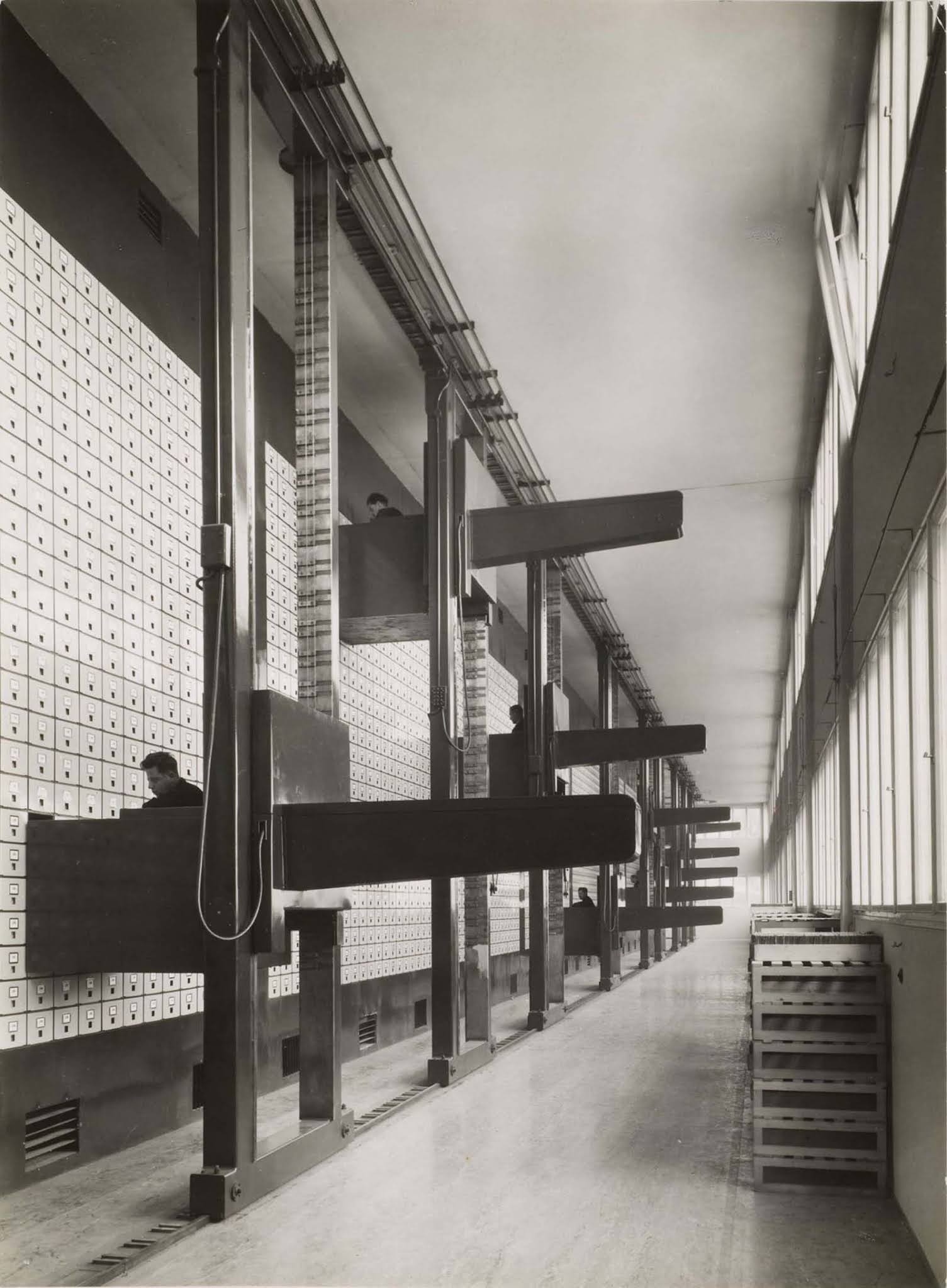 The offices of the Central Social Institution of Prague with the largest vertical letter file in the world, 1937 - Rare Historical Photos

These are the offices of the Central Social Institution of Prague in 1937 and it contained the largest vertical letter file cabinets in the world.

When I was in grad school (very early 80s), I did a semester-long "techniques rotation" in the lab of a well-known biophysical chemist who studied the mechanism of muscle contraction. They had a rather well-stocked library (he was the Dep't Chair at the time), and they had an interesting filing system that was searchable. As I remember it, the contents of the library (books and reprints) were entered onto cards with holes (or, I guess, slots) in them. One searched the database by sticking skewers (like knitting needles) though them to select different parameters (I guess that was Boolean AND). One lifted up on the skewer to select the entries that were positive for the search parameter. The process could then be repeated for another parameter. A couple of rounds of this would turn up the most relevant entries with pretty good fidelity.

The lab also had a Litton Monroe calculator and a Tektronix 4051 (my first microcomputer experience -- I loved the thing!), so they weren't exactly Luddites.

They also had two ancient Beckman Model E analytical ultracentrifuges, only one of which was equipped with a UV scanner (as I recall). Those were great fun to run. Even more fun, in those days, was analyzing the data (to calculate sedimentation coefficients, e.g.). The data were usually collected from the instruments' interference optics, and read on a microcomparator by hand (so to speak). It took a good chunk of time and effort to generate, e.g., an "S" vs. concentration plot to look for association of biomolecules in solution. 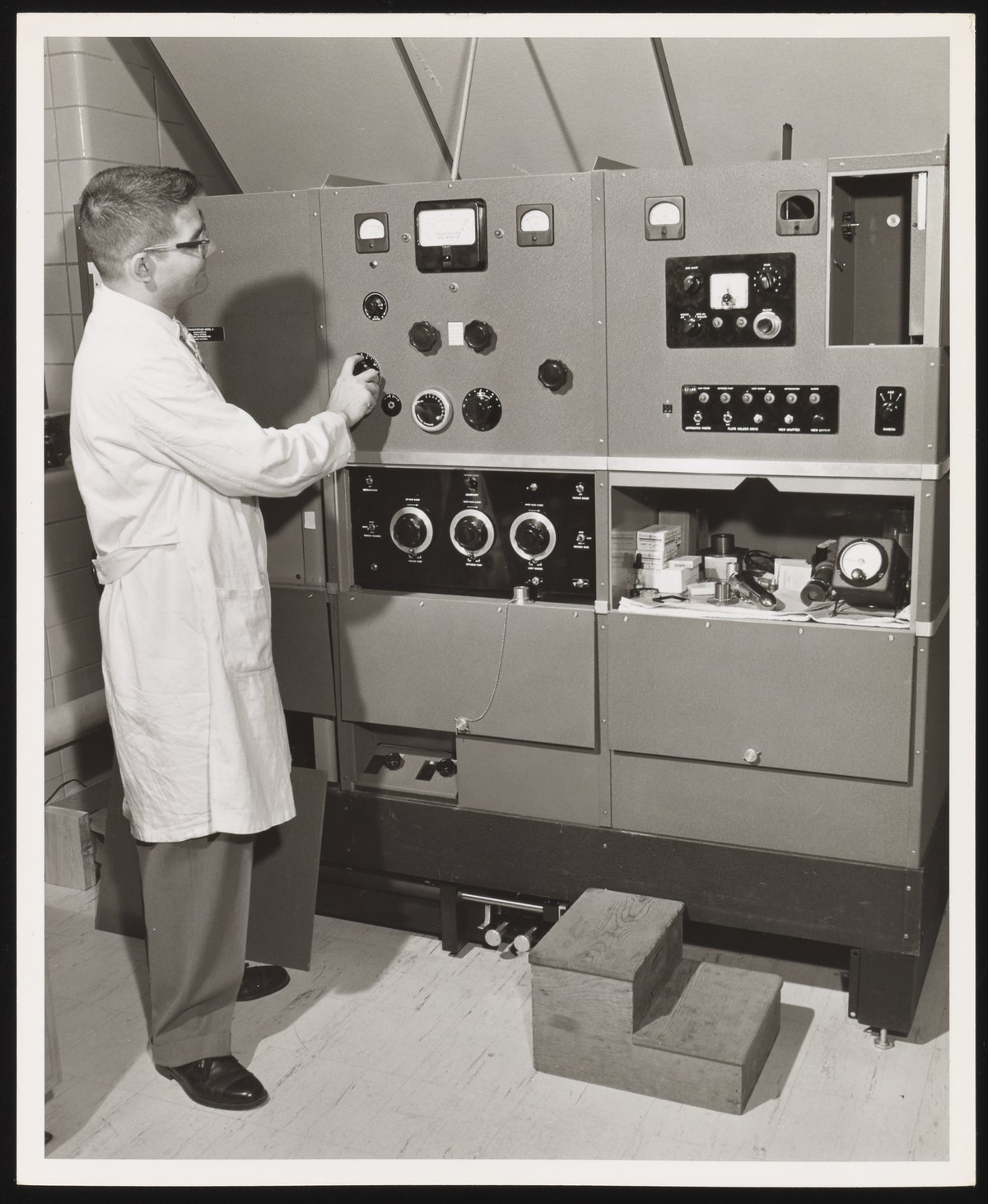 A Model E. In practice, the doors on the instrument were usually open, including the top (as is the case in the photo above). They required lots of fiddling, but were great fun to run. 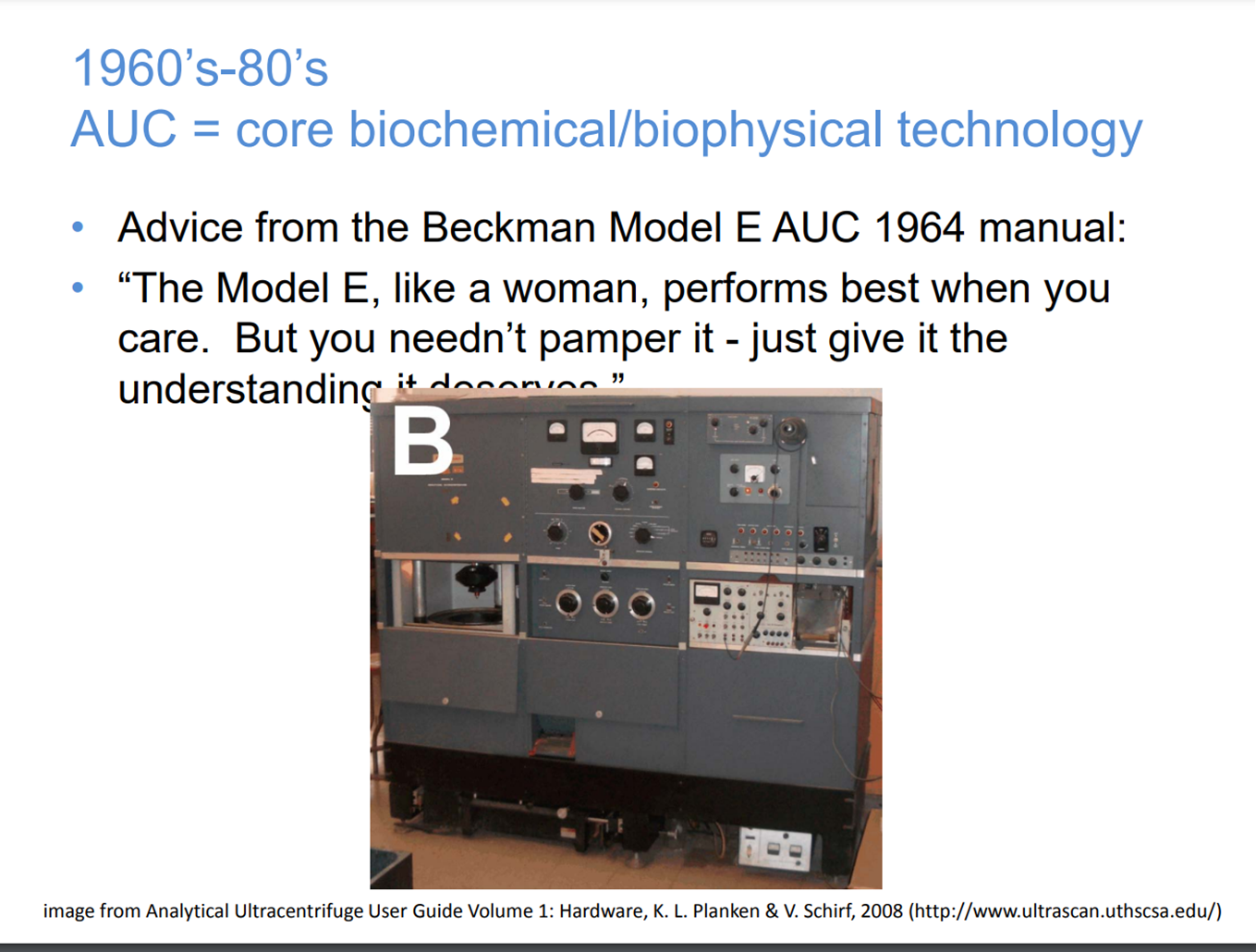 This one has the UV scanning optics, which gives usable data with less manipulation than the Schlieren optics.

This photo is also nice because it shows the armored centrifuge rotor chamber open, and the little titanium analytical ultracentrifuge rotor dangling from its drive. These things can spin upwards of 50,000 rpm, so things got interesting if anything in the drive failed (or if the rotor flew apart). 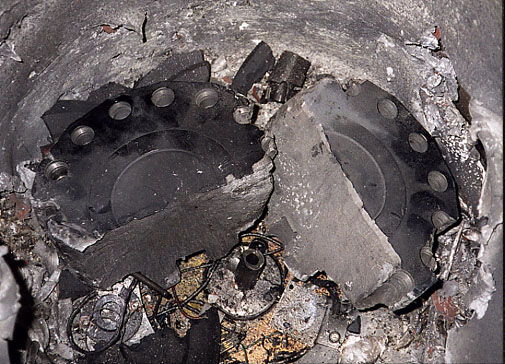 The Centrifuge Incident
Last edited: Dec 3, 2022
You must log in or register to reply here.

Why are there so many speaker companies?