watchnerd said:
Those are way too big for me to get wife buy in.
Click to expand...
There's always the Avangarde Zero but you'll be playing in a different league:

mhardy6647 said:
I'm with him -- sorry to go all Luddite 'n' stuff, but I drank the horn Kool-Aid about 20 years ago and I suspect I'll finish out my earthly course as a horn-listenin' kind of cat. 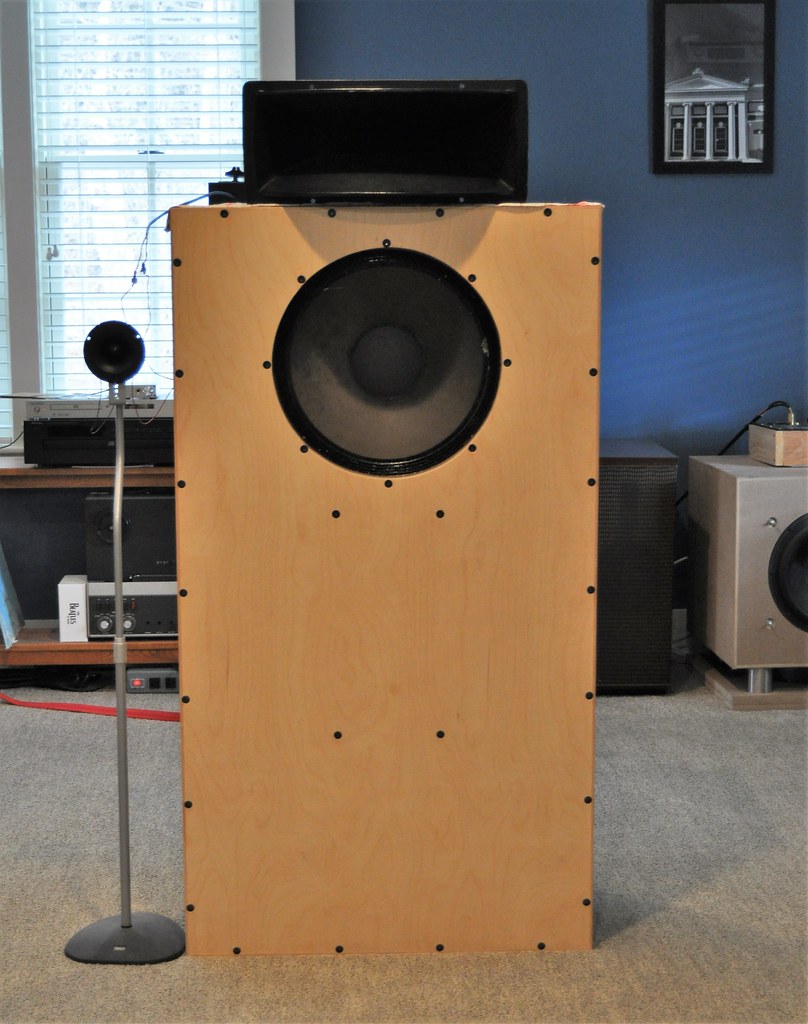 tuga said:
There's always the Avangarde Zero but you'll be playing in a different league:

Have you heard them?

Active design, though, so I'd have to throw away all my current electronics.
OP

tuga said:
There's always the Avangarde Zero but you'll be playing in a different league:

https://www.avantgarde-acoustic.de/en/products/zero-serie/zero-1-xd.html
Click to expand...
Oh, wait, there is also a "semi active" version:

It reads like it's passive for the mid/tweeter and active for the woofer. 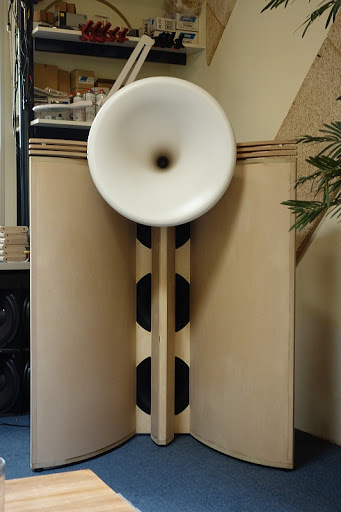 tuga said:
Is this too big? Phasure/BD-Design Orelo (12" and 15" woofer versions)

Click to expand...
It's hard to tell....kind of the size of a Klipschorn, I'm guessing?

Have you heard them?

Active design, though, so I'd have to throw away all my current electronics.
Click to expand...
I've never listened to them but here are some measurements: 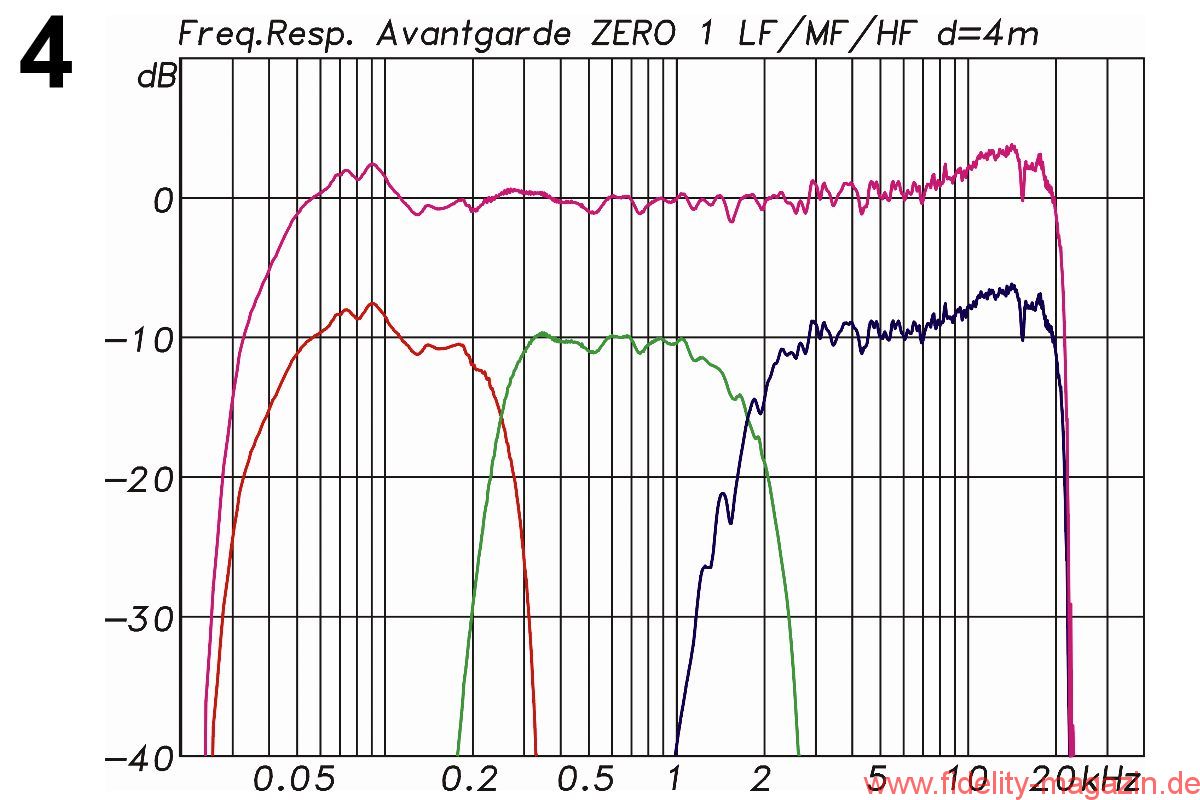 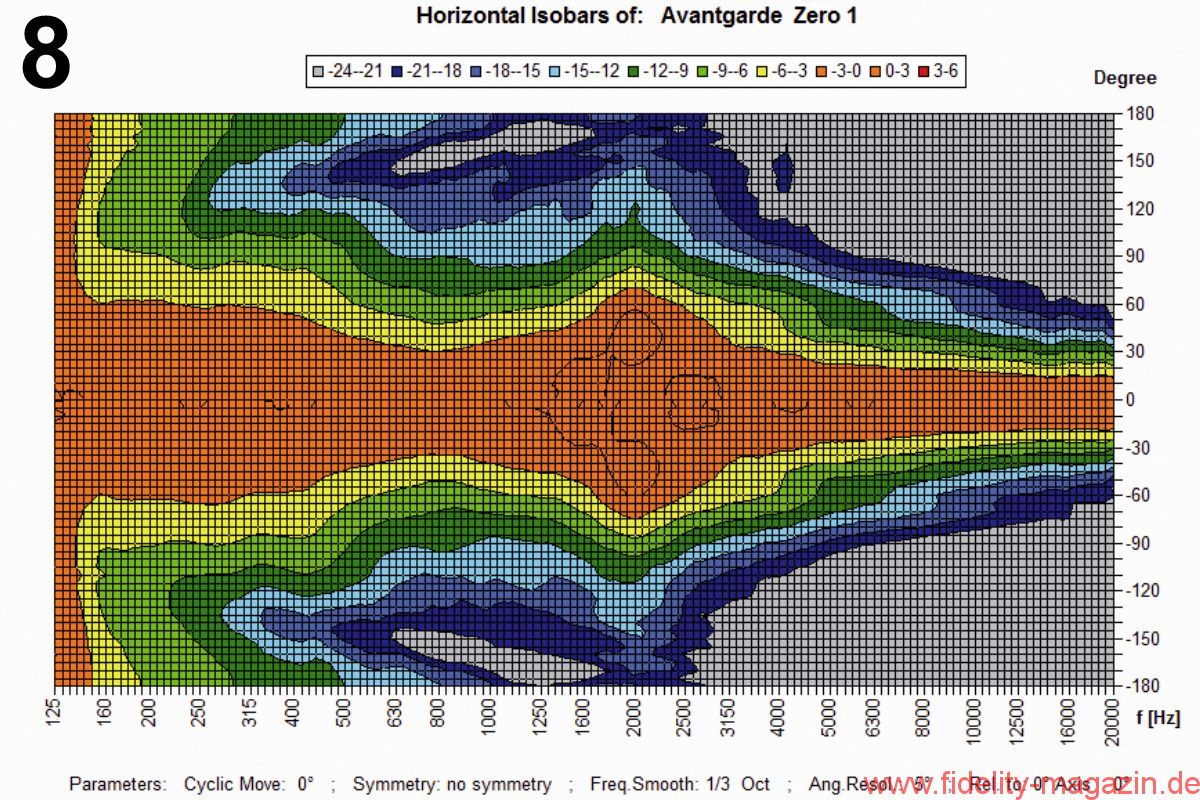 watchnerd said:
Revox with no reels on?

watchnerd said:
My budget would be anywhere in the $5k - $20k range.

(My current speakers are ~$5k)
Click to expand...
Where are you located? (USA vs. Europe vs. Asia)

How many total speakers do you want in your home?

1) JBL Everest DD55000
- 100 dB/W efficiency, with 600W peak power handling. Can do the math. These are one of the few speakers that sound live.
- You don't get the most resolution or transparency, and some people complain about comb filtering from the UHF driver
- it is an asymmetrical horn which is great for enjoying music with more than one person
- very reliable cabinetry, and reliable compression drivers
- collectible, expensive to ship via freight
- would be hard to be your only speaker system since it doesn't have the resolution of modern speakers
- but the combination of the high efficiency and asymmetrical horns provides a sound unlike any other.
https://www.ebay.com/itm/JBL-DD5500...814915?hash=item44139cbbc3:g:gjgAAOSwFb5aRKKD 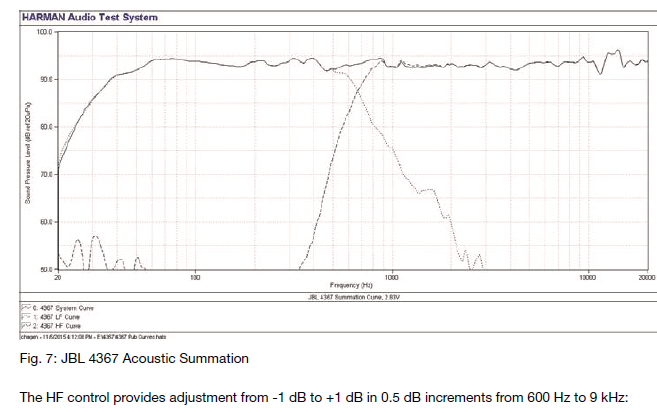 I've never found an old-fashioned horn (Klipsch, Altec, etc.) that sounded uncolored to me. Same applies to expensive German plastic fantastics (e.g. Avantgarde, Acapella) that started to appear in the late 1990s and early 2000s. The above Avantgarde Solo measurement shows me they may be smoother on axis than they were, but the polars are still terrible.

A couple years ago I demoed JBL K2 and Revel Salon2 in the same basement room at the Harman store in Madison. Both sounded "good" but Salon2 was markedly more expansive and vivid sounding. That comparison IMO would not sell many K2s. Unfortunately they have not had M2 or 4367 available to audition any time I visited.

I'm not "anti-horn" at all though. When my new mantel is finished, JBL 7-Series and Synthesis SCL-3 will anchor our living room. JBL 7-Series have all the attributes I want in a speaker, except finish quality.

Danley I have not had the opportunity to listen to closely (have been to venues with Danley PA) but academically I find them very interesting. The SM60 and SM96 in particular are a pretty interesting designs. In these speakers Danley starts with a driver, uses the compression driver to drive the horn both at the mouth and downstream "taps," and then adds in two more 8" woofers further down the horn. In your budget a furniture finish custom may be possible. Here's a video comparing SH60 to SM60.

Also, I'm loathe to say more, but a dealer mentioned to me a possible junior JBL 4367 with a much narrower form factor coming soon.
http://hometheaterhifi.com/author/jay-haider/
OP

tuga said:
I've never listened to them but here are some measurements:

And these things are going for pretty cheap on the used market.

jhaider said:
Also, I'm loathe to say more, but a dealer mentioned to me a possible junior JBL 4367 with a much narrower form factor coming soon.
Click to expand...
Ooooh!

But are you sure he's not just referring to the HDI series?

GXAlan said:
Where are you located? (USA vs. Europe vs. Asia)

How many total speakers do you want in your home?
Click to expand...
USA

This would be a stereo pair for the main rig.

But are you sure he's not just referring to the HDI series?

Seems like there's a few people here that know little about Klipsch and love to repeat what they've read in the audiophool magazines.
The K-Horns and La Scala's are sister speakers with the only difference being the bass horn. The K-Horn requires corner placement as it uses the walls of the room to complete the last fold of the bass horn. An excellent speaker in many ways but does require just the right room for it to be it's best. The LaScala doesn't get down below 50hz and should be considered a monster sized stand mount that requires subwoofers for deep bass. But on the plus side can be placed anywhere in the room to optimize imaging. I owned a pair for 32 years with them about 5' off the rear walls and 3' off the sides, aimed directly at the listening chair, they imaged better than anything I've ever heard. But it is a "head in a vise" type image that will shift and change tone with listener position. Either speaker offers dynamic range and inner detail at a SOTA level, a 50-100 wpc SS amp of great transparency will build a great system. With todays availability of digital room correction to smooth response a bit, a used set of LaScala's just might be reasonable path to an incredible system.
If you have the money the JBL M2 offers SOTA sound that is surpassed by none.
I just purchased five channels of JBL HDI 3600s/4500 and am getting as good a sound as I've ever heard.
YMMV 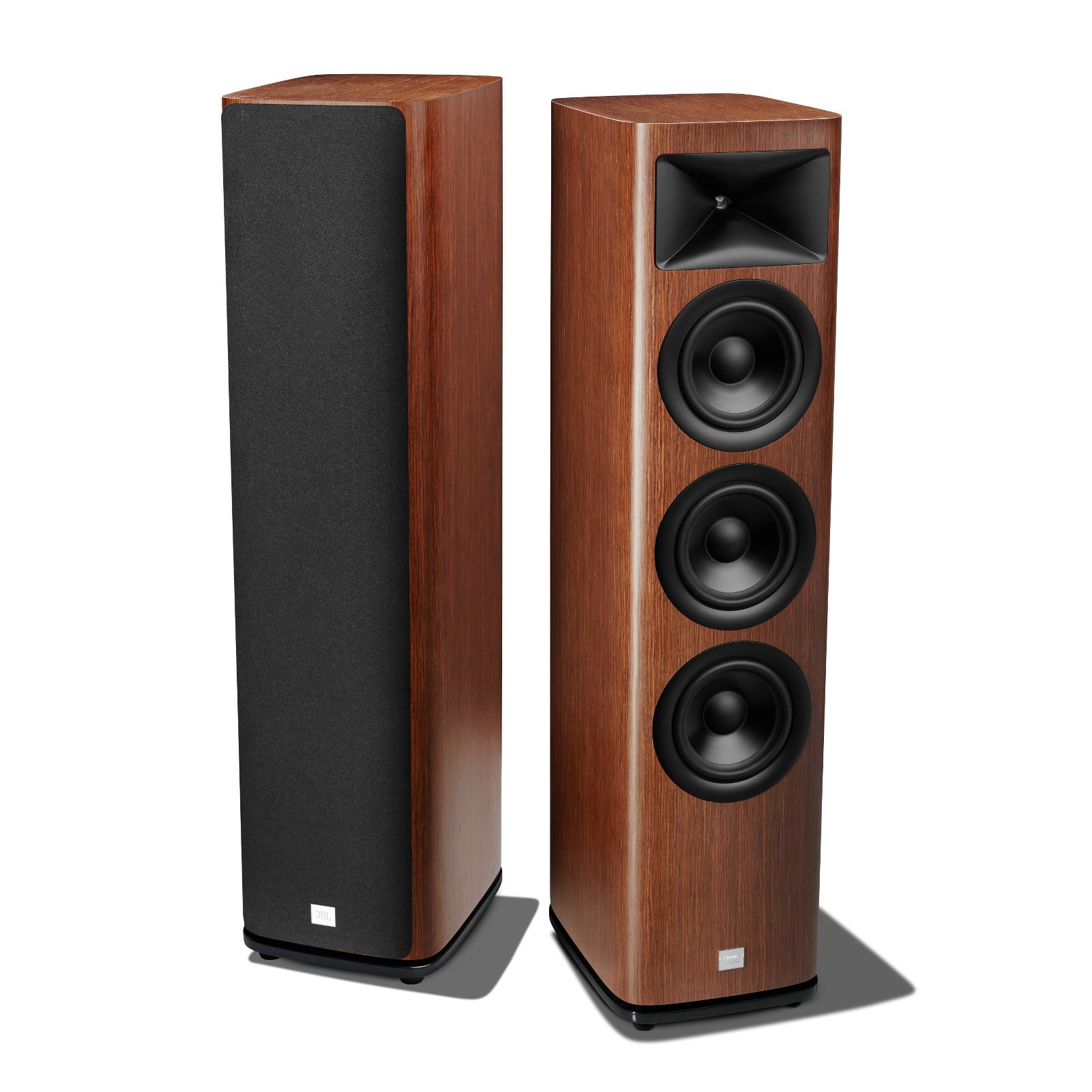 Last edited: Jul 6, 2020
Fill Your Hands You Sonofabitch! Molon_Labe MAGA
The gullibility of audiophiles is what astonishes me the most !

I would never advise anyone to buy a horn system sight unseen or hearing unheard. They are typically as large as refrigerators and they sound...well, they sound different. That said, I own LaScala IIs. Why? I've always liked the classic (I guess you could call it 'forward') JBL monitor sound, so going to Klipsch was a no brainer for me. And I'm a guy also who loved Quads, and owned Acoustat electrostatic loudspeakers. So I've run the course.

Downside--large. Heavy. Costly. I have not heard the latest and greatest model La Scala AL5 so I don't know about them. In any case they are priced several thousand dollars more than the II, which evidently is no longer in production. Klipsch used to sell unfinished 'utility' versions of their large speakers, but I don't think that is a money saving option anymore. Instead, now you get furniture with your purchase.

From reading the reviews here on ASR, along with member comments, it would surprise me if many here would want to own LaScala or K-horns, or others like 'em. Personally, I can totally appreciate (on an abstract and theoretical level) a perfectly Klippelized two-way powered speaker the size of a shoe box. But I wouldn't want to own one. At least for my main listening room. I don't think.

As far as lack of bass? Some have commented on that. You just won't get dinosaur stomping death star exploding movie soundtrack lows from a horn speaker. But if you listen to regular music, especially acoustic music--if that is the goal then you won't miss it, probably. That said, I do have a small self-powered subwoofer connected at times, which works OK for special effects, but honestly I'm not really a movie guy.

A big problem is finding a dealer that will loan you a pair for a couple of weeks so you can try them out in your living room. I found one, which was no doubt helpful. Said they'd pay return shipping too, if I wanted something else, instead. And they are not cheap to ship, I can tell you for sure.

Lack of bass? Depends on the size of the horn, I guess... 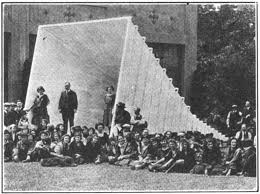 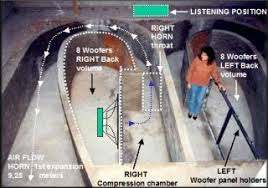 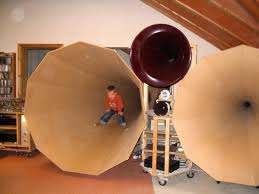 I like the one in my avatar, though it tends to be unforgiving of the source (me).
Don
"After silence, that which best expresses the inexpressible, is music" - Aldous Huxley

anmpr1 said:
Klipsch used to sell unfinished 'utility' versions of their large speakers, but I don't think that is a money saving option anymore. Instead, now you get furniture with your purchase.
Click to expand...
When I bought mine new in 1978 I paid $500 each for them unfinished. LOL
New 2020 La Scala AL5's are $6k each! 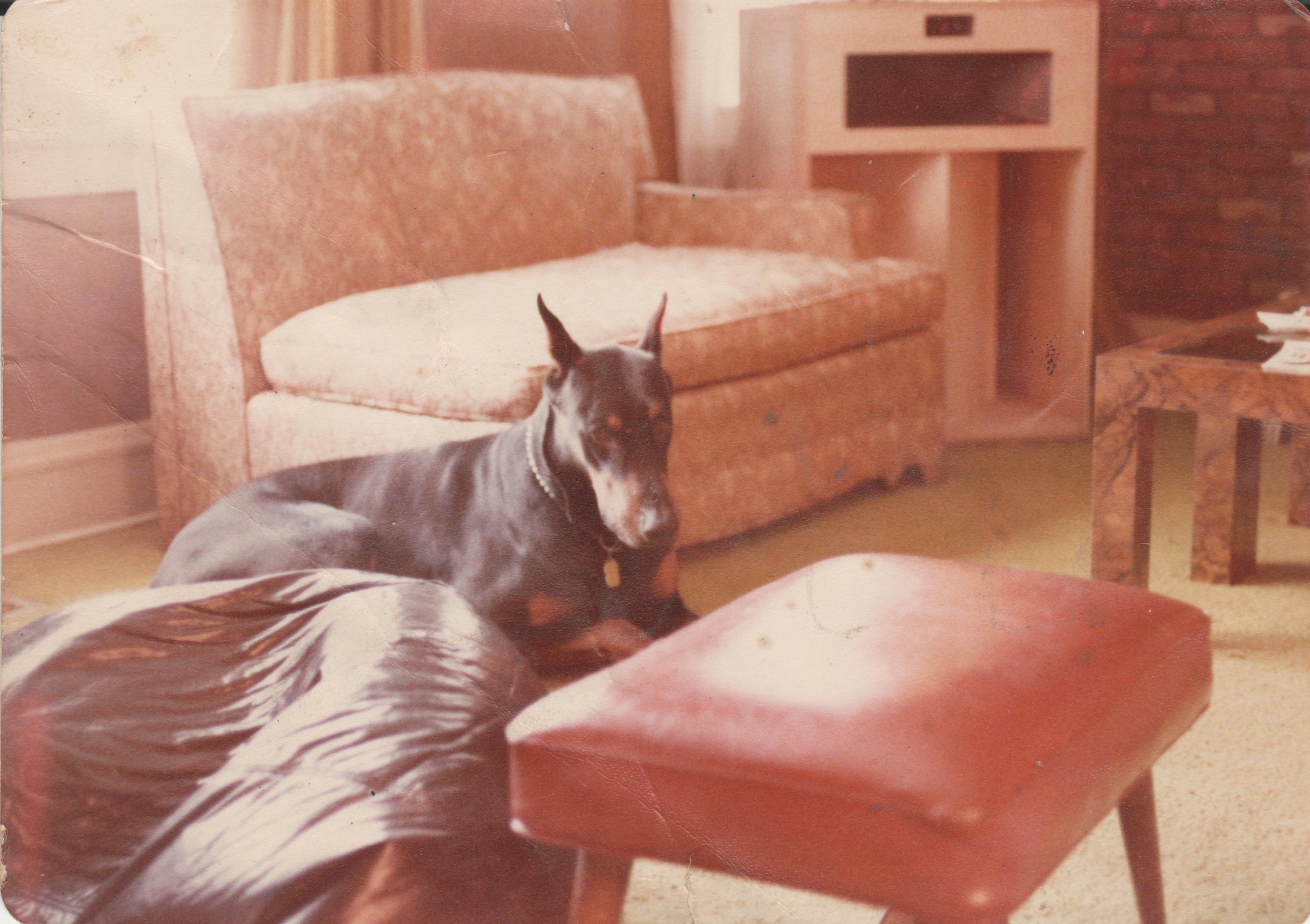 Last edited: Jul 6, 2020
Fill Your Hands You Sonofabitch! Molon_Labe MAGA
The gullibility of audiophiles is what astonishes me the most !