What would happen if a piano fell in love with an open reel tape recorder and mated? The resulting offspring would be... the Mellotron. Anyone familiar with '70s 'progressive' rock knows about this bizarre creation. The amazing thing about the Mellotron is not the amazing sounds it makes, but that anyone would ever think of this wild idea in the first place. Below is a YT of a woman who restores Mellotrons. She takes her audience through the inside of the machine. You can easily see why Mellotrons had a reputation for unreliability.


What do you get when you cross an organ with a tube amp, a two-way horn loaded hi-fi loudspeaker cabinet, and a variable speed belt drive turntable? Few would ever have the presence of mind to even ask this question, but Donald Leslie did, and because of it we now have his famous Hammond B3 speaker box. For his part, Laurens Hammond thought the creation was on the borderline of crazy and goofy, which it was. But that's exactly what the staid B3 needed to, in the words of that Spinal Tap guitar player, 'give it that extra push over the cliff'. As an added feature, the Leslie had the amazing effect of creating sea-sickness symptoms in certain folks, but nothing that a few Dramamine tabs didn't cure.


Most analog-oriented audiophiles treat their records better than they might treat their girlfriends (if they had a life and had a girlfriend). They interact with their record players as if they were manipulating a delicate lab instrument. Their worst feeling is when they drop the tonearm, and it flies over the record, making that distinct and dreaded scratching nose. After this unexpectedly happened to audiophile Theodore Livingston--when his mom burst into his room to yell at him for something, and he accidentally knocked his turntable--, after hearing the resulting sound he thought to himself, "What's up with 'dat?" Miraculously, the Grand Wizzard was born, and the turntable became an instrument.

Turntablism took a few turns since then. Qbert designed a custom table with a mixer built in: 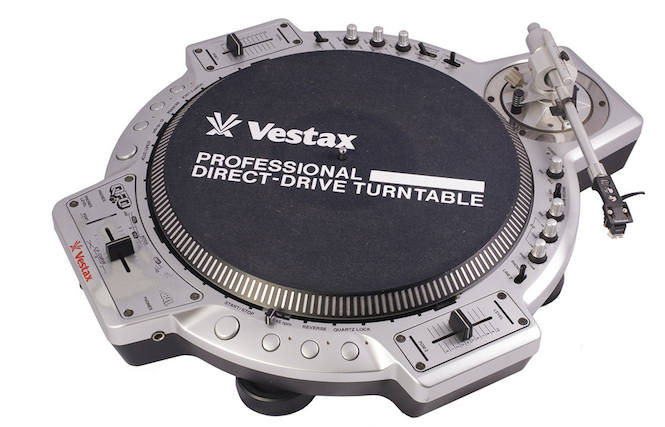 And then more recently John Beez put this mod together, which was supposed to have a commercial release:

not sure if this falls into your category, but if yes it would be the first ever https://en.wikipedia.org/wiki/Theremin
horrible sound lol

The Doctor would disagree.

pozz said:
Turntablism took a few turns since then. Qbert designed a custom table with a mixer built in:
Click to expand...

It's the record player that would be on the Millennial Falcon.


dasdoing said:
not sure if this falls into your category, but if yes it would be the first ever https://en.wikipedia.org/wiki/Theremin
horrible sound lol
Click to expand...

Yeah. I think that counts-- in fact, I used to get some of those same sounds as a kid, tuning my analog SW radio, especially at night. I guess it was weird atmospheric stuff. 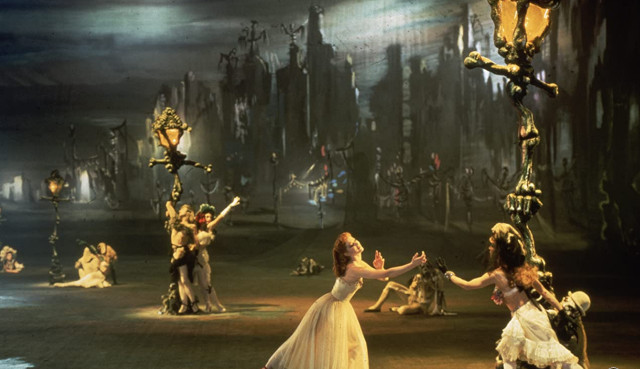 The theremin was designed with classical music in mind, for what it's worth. Clara Rockmore's theremin sounds very similar to a human voice in certain passages. As does this one, operated by Carolina Eyck.

pozz said:
The theremin was designed with classical music in mind, for what it's worth. Clara Rockmore's theremin sounds very similar to a human voice in certain passages. As does this one, operated by Carolina Eyck.


The toy ones by Moog sound terrible.
Click to expand...

sure one of the less anoying theremin plays.
OP

A little Internet slumming shows I was mistaken. The Red Shoes ballet was scored for the Ondes Martenot, another oscillator-as-musical instrument. 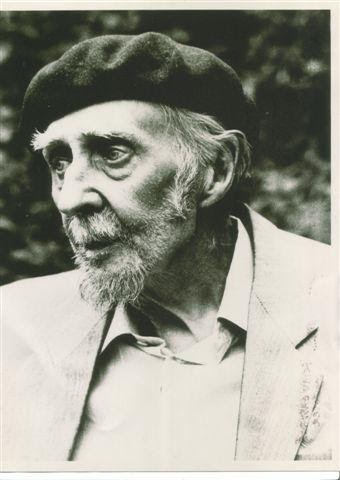 Brian Easdale, the Ondes Martenot, and The Red Shoes

The problem I have with film music as concert music is that they are for the most part incompatible. The best film music reinforces the acti... 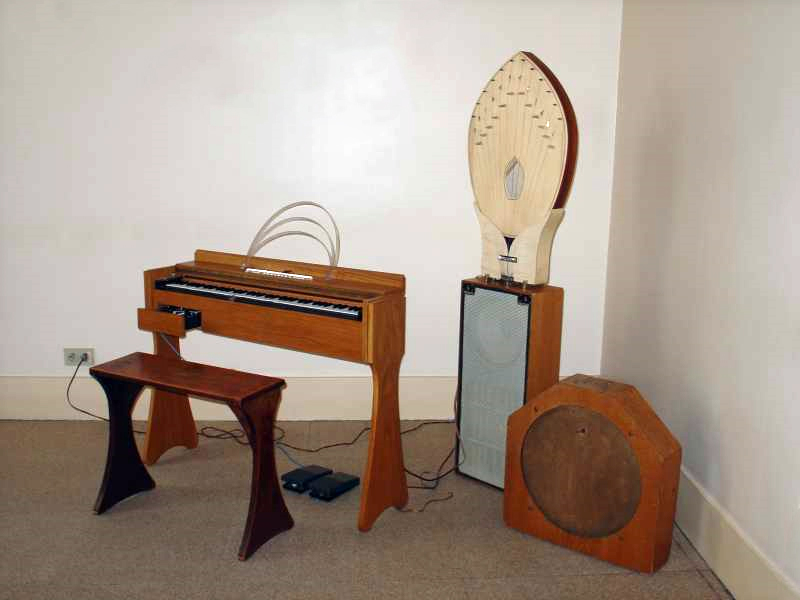 Story time: Back when I lived in Austin, I played in a community symphony. We were small with limited resources. But we wanted to perform a work that required some percussion we did not own, and could not afford to rent, including chimes and a xylophone. One of us, however, had a keyboard controller with a (for the day) good-quality Roland sound generator, so we had the idea of using that instead. Amplification turned out to be easy. The challenging bit was that the sounds in the Roland generator included room effects, and so when played at realistic volume in our group, exhibited concert-hall acoustics none of the rest of us were enjoying. We did find sounds that worked well enough, but it wasn't easy.

To me, this is really as much the topic as the use of native electronic instruments, and gets at the difference between source and playback.

Of course, the main advantage of the native electronic instruments was that they could be amplified as much as could guitars. That was the main reason for the Leslie cabinet accompanying the Hammond organ (and it wasn't just the B3 that enjoyed the pairing)--it was louder. It also provided a musical effect not present in the organ itself, which was vibrato/tremolo using the spinning driver, but the main reason was sheer volume.

Rick Wakeman echos other rock keyboardists when he said that the Moog synthesizer, for the first time, put the keyboard soloist on equal footing with the guitar soloist. One aspect of that was that one of the amps in the Mini-Moog was overdriven and distorted, which allowed the music to be more piercing through high ambient noise. I've heard lots of synthesizers, but the early Moog, in the hands of those who used it musically (and not just to play with effects), has a sound unmatched since. Wakeman talks about the equipment he used when he was touring with Yes back in the early 70's. He used two Phase Linear 700 amps for his stage monitors. So much for the role of hi-fi equipment. God knows what they used for the mains. He always had a grand piano on stage in those days with two or three keyboards stacked on top of it, next to a Hammond C3 with a Mini-Moog on it, plus an ARP and who knows what else. But the grand piano could only be used sparingly, as part of an intro before the other instruments had joined in or as an interlude solo (examples of that abound in the Yes ouvre). But he could lay a Mini-Moog solo on top of everyone else turned up to 11.

(Thinking theramin players are much easier to listen to if they are also easy to look at--playing a theramin seems like a visual as well as acoustic display.)

rdenney said:
One aspect of that was that one of the amps in the Mini-Moog was overdriven and distorted, which allowed the music to be more piercing through high ambient noise. I've heard lots of synthesizers, but the early Moog, in the hands of those who used it musically (and not just to play with effects), has a sound unmatched since.
Click to expand...

I once read a story about Moog loaning Sun Ra one of his mini-machines, to 'try out'. Ra kept it long past it's audition time, but Bob never asked for it back. Eventually, might have been years later, it finally made it back to the factory.

I always enjoyed the sound of the early analog synthesizers. For whatever reason, the VCS3 (EMS) device had such a great tone to my ears. 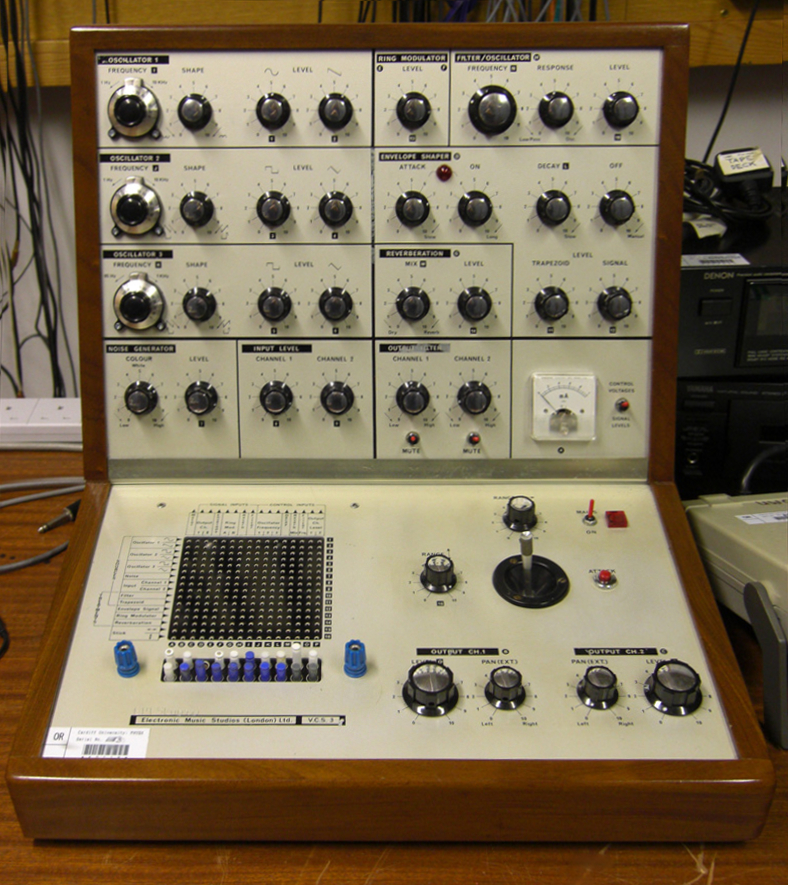 The Truth About Music Recording
2 3