Spkrdctr said:
I wonder how far a big company like JBl/Harman could take a speaker in the box concept? I think maybe a small 2 way in a box. It would be fun to see how they measured and what you could tweak on them to increase performance. As usual, as scary as it is, they would probably come out good enough to fool many people who think they would sound terrible. If I was younger and working, I might have tried a 2 way cardboard box build. One of our esteemed engineers, maybe one with a son should try building one and getting it measured. I know Amir would measure it as it is so interesting! I'm thinking the box could be from high strength heavy duty cardboard (very strong stuff), not just regular weak cardboard. There I go, starting to think about the possibilities!
Click to expand...

Late reply with apologies. In the UK, it was kind-of already done, but with little more than hardboard rather than card.

The Mission 70 used very thin panels which fit together front and back rather like a cardboard box with removable lid, the front part covered in the speaker cloth and slipping partway over the rear, making an attractive styling feature (old memories but I'm sure you can find it by searching). Innovative in the early eighties to keep a sub £100pr British made price point (far eastern manufacturing wasn't part of the UK audio scene so much then). Martin Colloms tested both versions and they did well, although at the time I wasn't a particular fan of the overall tone of the things (they still look good though looking at the pic below) In th elate 90's, KEF developed a low cost Coda series, the award winning Coda 7, the larger fruitier toned 8 and (rather nice still) floor standing Coda 9. Again, very thin panels, plastic moulded front baffle glued on with screwed on plastic back panel and where the box resonances acted as a radiating area in the lower midrange, the whole artfully blending so well in the '7' model. The 9 may not have been so 'even, but I loved the sound overall, the whole being greater than perhaps the sum of the parts (where the art comes in in more compromised pre-Klippel speaker design (KEF did have an extremely advanced computerised testing facility though for the times, as did B&O I seem to recall, but the aims were different). 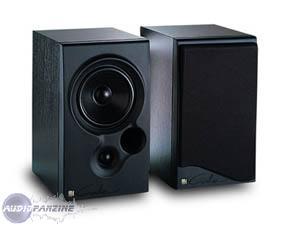 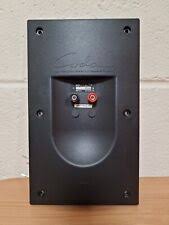 Juhazi said:
Just for curiosity my Sonab OA-12 measurements. Speakers are not placed symmetrically, but are next to wall. Sound is rather good but a bit dull. I bought these from the original owner 20 years ago. Source is a 25 years old car radio - solar power system...
Click to expand...

when have such a frequency response the amp treble knob is optimal to correct it. you can try out set treble to 2 o clock and hear and measure
Here you can test if you hear interaul time delay (ITD). If you hear this not, then you miss this not and phase and mid range speed is not important for you www.youtube.com/watch?v=xVHBHCGoDdA
You must log in or register to reply here.