I would really like a dedicated DAP to replace my phone, however I use a Subsonic-API music streamer (Navidrome) primarily. I have used the various iOS apps, but none really work well particularly regarding sync and shuffle play.

I have built my own desktop player using the Subsonic API in Swift, and have had the crazy idea of building a DAP based on this software running Linux. I could use something like the Pimoroni Pirate Audio board, but would rather have everything in a single board with a 4-5" display and larger battery.

I have made some initial research, and have asked an electronic engineer to create a prototype PCB based on the ESS ES9218 DAC/Amp and an ARM Cortex processor. An SD card slot or WiFi could be used to load the OS/music, and a 3.5" output would be included. If a WiFi/BT chip is included, there is no reason BT streaming to/from the device could not be included also, or USB audio out etc... The sky is the limit when a general-purpose OS is running and the hardware is open.

Has anyone done anything like this or would be interested in such a device? Any thoughts on the DAC/Amp combo? The ESS chip is relatively expensive, but does have a Linux driver as released by LG 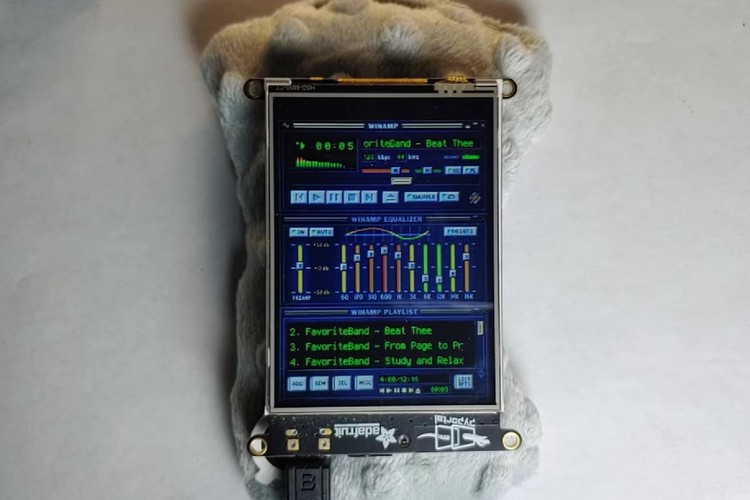 This Developer Built a DIY Winamp MP3 Player; Check out How It Works!

A developer recently used an Adafruit PyPortal device to build a standalone MP3 player that is solely based on the Winamp media player. I keep dreading the fact that I will need to do this eventually as Rockbox ports get fewer and farther between.
Heaven's closed, Hell's sold out, so I walk on Earth.

"Objectivists vs. subjectivists discussions make me hungry. It's a medical condition."
J

I think it's crazy. Buy a $250 LG V60 and uninstall or hide the stuff you don't want. That being said sounds like fun.
OP
T

Ok, this is what I've got so far (schematic, PCB in progress)

tokyovigilante said:
Ok, this is what I've got so far (schematic, PCB in progress)

Still working on this, any progress you can share?
You must log in or register to reply here.

Am I crazy for abandoning Room EQ?
2 3