No output filter... so what about the ultrasonic noise/energy? I don't think that is wise to send to any tweeters, or even an amp for that matter... have fun with that.

solderdude said:
HP9000 never claimed that one should downsample the output of the Chord back to 44.1 so see no value in that (thought) experiment.
Click to expand...

Obviously not. But that way we can compare it to the original.
Do diamonds shine on the dark side of the moon?

I was figuring out how to do this in sox, but it looks like the rabbit filter that should do the upsampling is deprecated and removed from my version of sox.
Click to expand...

I really don't see the point of this device.... Do you still have the device @amirm? Maybe you can test it with the DAVE and see if it does anything since that is the biggest claim to fame.

PassionforSound said:
Thanks, but I'll stick to making my own decisions about what I'm interested in
Click to expand...

I really don't see the point of this device.... Do you still have the device @amirm? Maybe you can test it with the DAVE and see if it does anything since that is the biggest claim to fame.

Thanks, I knew @mansr had posted that somewhere recently

Can't really get it to work for my 16x NOS upsample, maybe @mansr can help. It also destroys stereo for some reason.. All it does is add zero samples in between, as the documentation says. That is not exactly what I'm after.
Last edited: Aug 24, 2022
Do diamonds shine on the dark side of the moon?

HP9000 said:
I have hesitated from making an explicit admission of being wrong in referencing a study about spatial hearing to back up my claim of 10us/100khz monaural time sensitivity. This is because I have (now had) been skeptical of why the brain would prove to have a 10us capability for two ears and not keep that capability when hearing with only one ear/the same way through both ears. To spare some words I also excluded pointing out the trend toward finer values that the range of microsecond-unit results take on.

"The shortest auditory click I was able to find in the literature, and which was used in a psychophysical context (i.e., audible to a human) was 10 microseconds..."
"The upper edge of human hearing is 20 kHz so it is unlikely that we could detect a difference between a 25 us impulse and a 10 us impulse (or even a 1 us impulse), but assuming sufficient energy, all would be detectable.", As in my previous post, where I talked about energy.
From: https://psychology.stackexchange.co...re-the-temporal-limits-of-the-auditory-system

I think it's no coincidence that this number is the same between left/right differential and amplitude/time differential.


As delta-sigma dacs/oversampling will only ever be useful as long as high res music is not played into it. You are attributing the issue of scarcity of higher bit and sample rate material to the dac.


Either you are taking issue with PCM/digital audio in general ('staircase'), are saying that the bit/sample rate is not sufficient (quantization error), or that no reconstruction filter is in place - not that one can't be added.

Hence my use of parentheses around the words, other people call them that.

My first comment on this thread was about how the square wave test is usually excluded. I'd like to see a class d amp tested in that way.

"Broken by design" has a specific meaning. It is to state that there is something innately wrong versus there being something exteriorly wrong.
In the case of a filter-less NOS dac, you can circumvent the problems posed by circumstances exterior to the architecture before having to swap architectures.
Click to expand...

You keep saying these things, and they keep being untrue. The incorrectness of your statements is exceeded only by the certainty and frequency with which you are making them.

"Delta-sigma dacs/oversampling will only ever be useful as long as high res music is not played into it" - this is nonsense. As in, it literally makes no sense. DS DACs process higher sample rates and higher bit-depths just fine, and conversely a non-DS DAC (or an outboard upsampler like the Chord) does absolutely nothing to make "high-res" sources any better. The limitations of high-res digital sources in improving upon redbook are dictated by digital sampling theory and the range of human hearing, not by the type of DAC you run them through.

You say that you are using "(stairstep)" because "other people call them that." But they are not that. If you don't know that, then you misunderstand the basics of digital sampling theory and therefore of what allows this stuff to work at all.

If you do know that - and your last comment implies that you do - then you are not comprehending how this fact undercuts your argument here, as you have used the stairstep fallacy as the foundation (whether you know it or not, and whether you are willing to admit it or not) for your claims about "time resolution" being a problem that needs to be solved in DACs, and a problem that can somehow be solved in incremental, gradual ways.

RE a NOS DAC, you keep banging on about how such a device is not "broken" because an oversampler can be "added" to it. This is semantics - it's restricting the definition of "broken" until it's meaningless. If you have to augment a DAC's functionality by grabbing a digital signal out of your source in order to remedy a built-in deficiency in the DAC's design and performance, it is reasonable to call that design broken - "built-in deficiency" = "broken by design." And even more importantly, it is manifestly unreasonable to try to argue that it isn't. The only way out of that is to claim that NOS produces superior analogue output - which it most certainly does not. It's analogous to how any DAC that benefits from a "galvanic isolator" (and to my knowledge Amir has found only one, the Modi 2) is not "okay but can be taken to the next level" - rather, it is a broken design. It simply fails to do something basic that electrical, electronic, and/or digital data knowledge tell us can be done, and done fairly simply.

Now, when it comes to R2R vs Delta-Sigma, sure, R2R does not equal NOS - there are indeed oversampling R2R DACs. But that's not the point here at all.

The human ear detects a half-millisecond delay in sound

Hearing is one of the most sensitive of our senses, and even small issues in sound quality can interfere with listening experiences.

This is snip of the web article you referenced.

This is a snip of the paper the article referenced.

Do you know the difference between "delay" and "group-delay"? It is obvious that the Medical Xpress "journalist" who wrote the web article doesn't either.
O 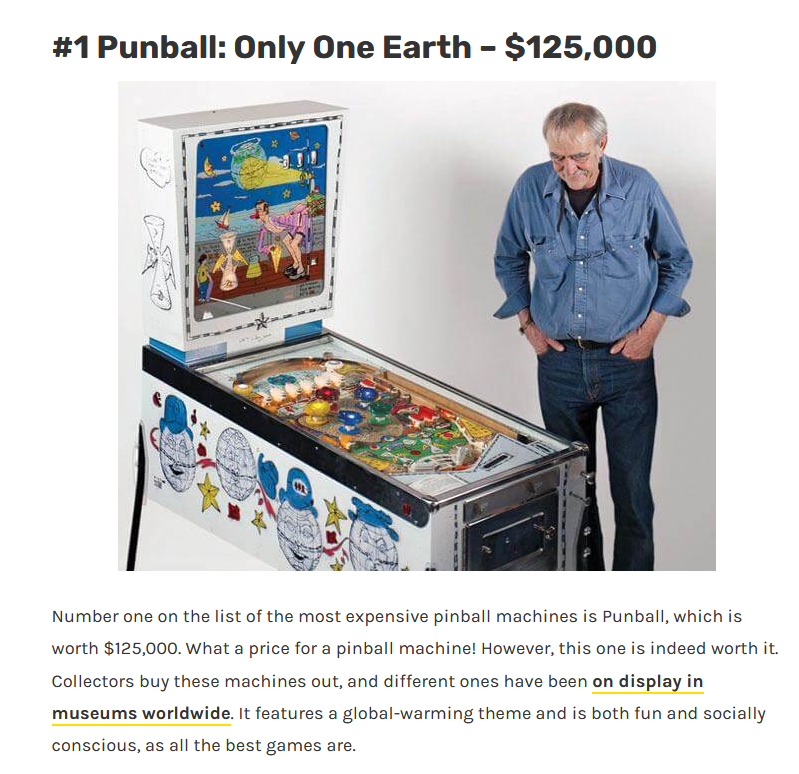 Please don't give Chord ideas about increasing their prices!
O

I have just realized that there is a Polish (same as me so I feel a little bad about it) company that makes tube amps and such. They are like Chord, PS audio and RG research unwanted baby. Guess how much they charge for their flagship DAC? 50K !! https://www.lampizator.com/horizon-dac And they have AC power filter(of course they do ) - $1200 bargain.

voodooless said:
NOS is broken from the start, it's just plain wrong.
Click to expand...

Plenty of natively running 16/44 DACs can reproduce 10kHz perfectly well, because they have a well designed LPF.
Ricky Roma: I subscribe to the law of contrary public opinion... If everyone thinks one thing, then I say, bet the other way...
W

I love my TT2/HMS with the Aries G1 and my Susvara's, listening to it right now and my subjective findings tells me that it is almost unbeatable pairing, especially together with a glas of Rioja..........

Plenty of natively running 16/44 DACs can reproduce 10kHz perfectly well, because they have a well designed LPF.
Click to expand...

Okay, let’s call them sample and hold then… even with decent LPF they are broken.
Do diamonds shine on the dark side of the moon?
G

Plenty of natively running 16/44 DACs can reproduce 10kHz perfectly well, because they have a well designed LPF.
Click to expand...

Regarding the “plenty” part, do you have any examples of such? Iirc we established they only existed in the very first wave of CD players.

Do NOS dacs add some of those nasty artifacts/elevated noise in the super sonics Amir was talking about in his YouTube posts about hi res audio upsampled songs?

MacCali said:
Do NOS dacs add some of those nasty artifacts/elevated noise in the super sonics Amir was talking about in his YouTube posts about hi res audio upsampled songs?
Click to expand...

Are they really “nasty”? Do they have any audible impact?

Sir Sanders Zingmore said:
Are they really “nasty”? Do they have any audible impact?
Click to expand...

Honestly I am a novice in the audio world. I have no clue, and to my understanding Amir’s point is you’re being ripped off with certain hi res songs which were “mastered” from cd to higher sampling rates.

He has a couple of posts on it on YT.

Also not sure how speakers work precisely, when it says 20hz-20khz vs 20-100khz, does that mean the speaker can’t play any sound past 20 kHz, also amps have this rating as well not sure how much of a factor those numbers really play or maybe I should say how accurate

Sir Sanders Zingmore said:
Are they really “nasty”? Do they have any audible impact?
Click to expand...

Absolutely no audible impact in my experience. However, trained listeners might be able to hear them. My ears are incredibly insensitive to the nasty artifacts hence I use a broken designed NOS DAC with the absolute phase inverted as my main DAC myself as part of my DAC collection. 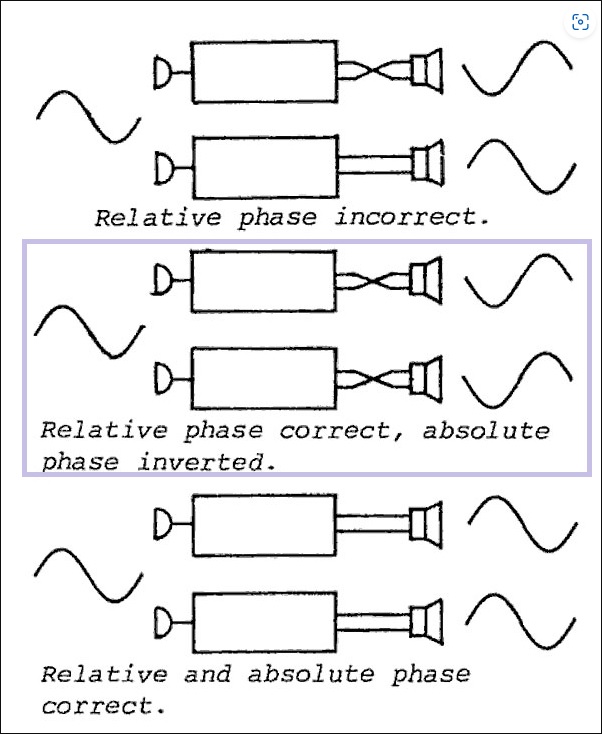 I had a couple of Metrum DACs, they didn’t sound clean in the highs. Some music would come through nicely other not so much. Also much depends on the quality of amps downstream of filterless DACs, if they are low distortion and not disturbed by ultrasonics then it’s not too bad apart from the droop in the highs and related coloration of the sound that some find pleasant. Amps that distort will put gobs of IMD products in the audible range causing additional issues others may oscillate and even fry the tweeters. In other words YMMV.
Last edited: Oct 16, 2022
G

MacCali said:
Do NOS dacs add some of those nasty artifacts/elevated noise in the super sonics Amir was talking about in his YouTube posts about hi res audio upsampled songs?
Click to expand...

It’s less of an issue at high sampling rates, the nasty stuff gets pushed out higher in the frequency range where we don’t hear it.
You must log in or register to reply here.