An "objective" test of the ifi iPurifier3 (I tried)

I tried to do an objective test of the ifi iPurifier3 as doing a proper blind ABX listening test would require two of the same DAC.
Thought process was sort of stolen from a video made by Passion for Sound where he compared usb cables to each other by recording the DAC output with a USB audio interface. 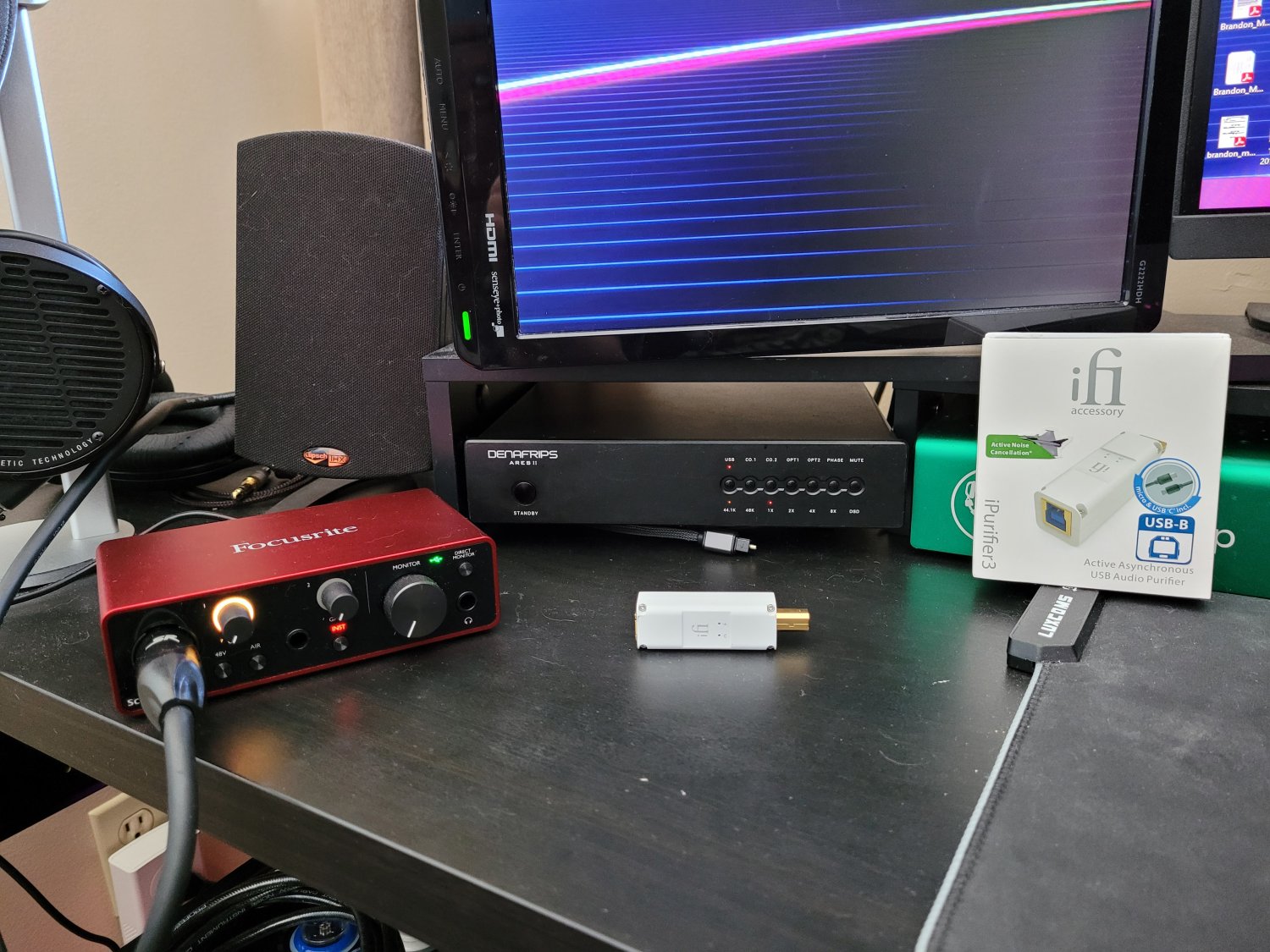 While recording the output from the Ares II I noticed that there were (what I thought to be random) noise spikes occuring in the right channel. The right channel of the DAC was not being recorded by Audacity. This noise turned out to be vibrations coming from the chassis of the Ares II. I found the source of the noise by accidentally hitting my desk while recording. I then tapped on various parts of the recording chain until I found what was causing it. The only noise that could be recorded was when I tapped on the top of the Ares II or hit my desk. Due to this finding, I can't ensure the integrity of the results.
Regardless, I will share my thoughts about the results that were obtained. Comparing the control tests (two tracks recorded using identical configarations) showed that there was measurable variation from one run to another. This variation however does not appear to be significant enough to cause DeltaWave to flag it (See image 2 iP3 control test). 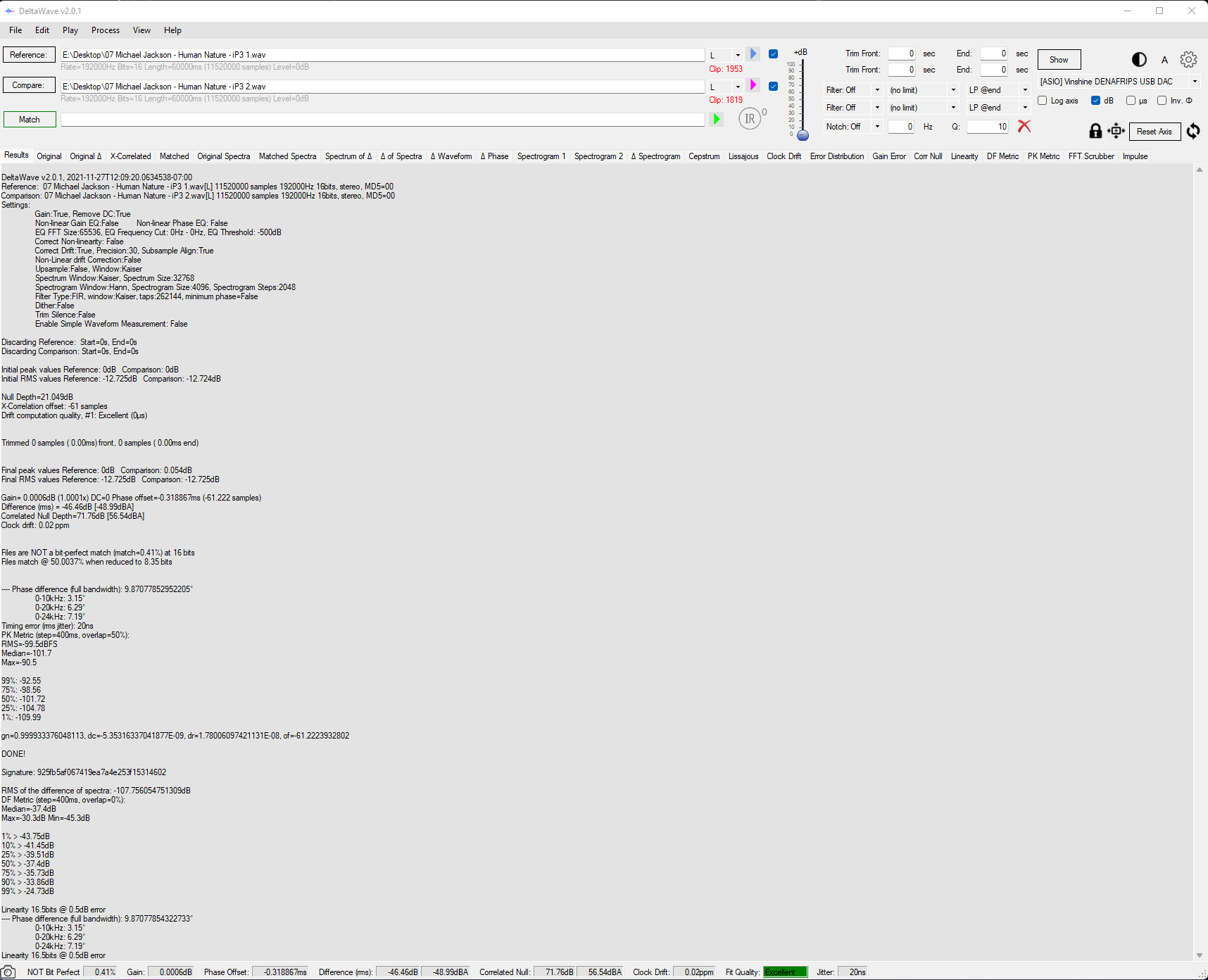 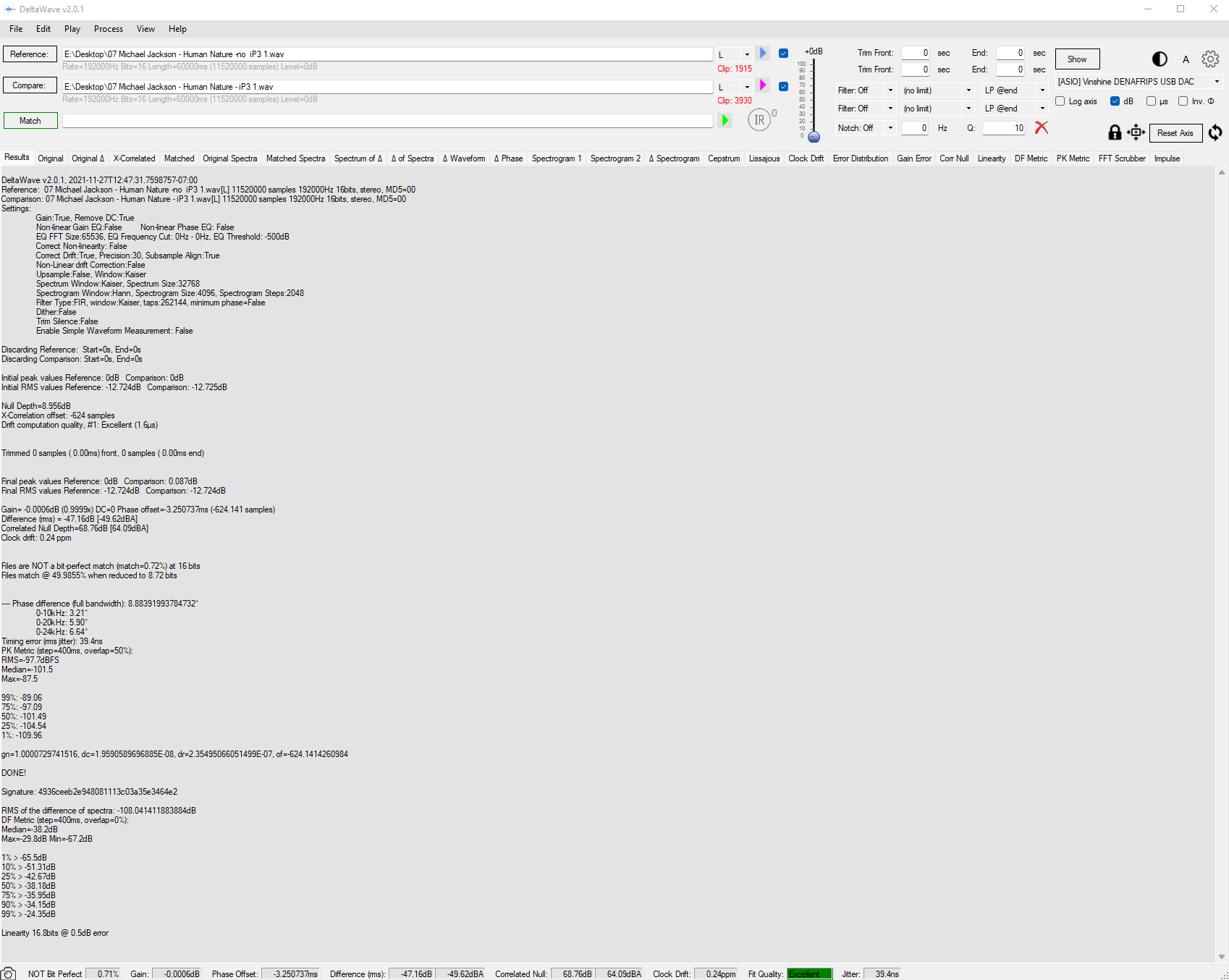 Based on this result I can say: 1. The iP3 has caused a measurable change in the clock drift and jitter, but not for the better 2. Environmental noise (vibrations) caused more significant change than using the iP3, 3. Based upon the fact that I could not hear the recorded noise caused by vibrations, the iP3 makes no audible difference. I will point out that these results are only valid using the Denafrips Ares II. If you were to use a DAC that is more susceptible to USB issues you may have different results.
Post-testing I attempted to recreate the vibration induced noise in a new instance of Audacity but it was no longer there.