3D Sound Shop - Custom PRIRs for the Smyth Realiser A16

I'd like to take this opportunity to introduce you to a new passion project that I have developed specifically for owners of the Smyth Realiser A16. 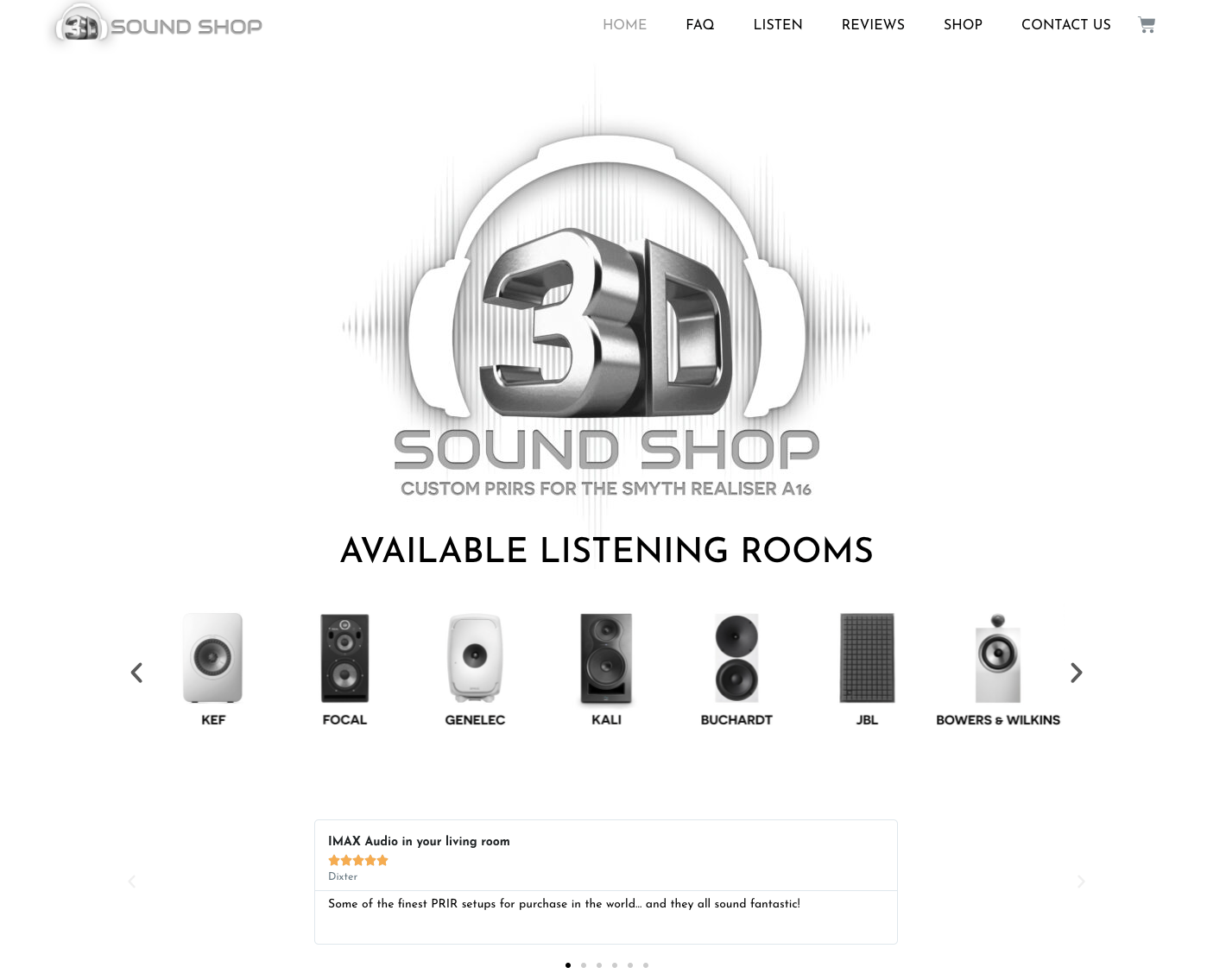 Through the website... 3Dsoundshop is offering custom "Universal" PRIRs to existing owners of the Smyth Realiser A16. These PRIRs have been produced in a sound-controlled recording studio with the enhancement of room correction and bass management software. These PRIRs are available for purchase and download via the website.

The listening rooms (Both 9.1.6 and 15.1.8) available for purchase are made up of the following speaker brands.


** "Universal" PRIRs are for the A16 owner who does not have access to loudspeakers, space or time to take their own measurements, or access to a recording studio for "In-Person" PRIRs, etc.

For those looking for the best possible sound experience from their A16... "In-person", recording studio PRIRs will also be made available (by appointment only) for purchase through the website. (The recording studio is conveniently located just 20 minutes from the Newark airport in New Jersey.)

* That being said... the speaker brands in the list above may not necessarily be the same speakers used for "In-person" PRIR measurements. These details are still being worked out.

Some Behind The Scenes Photos... 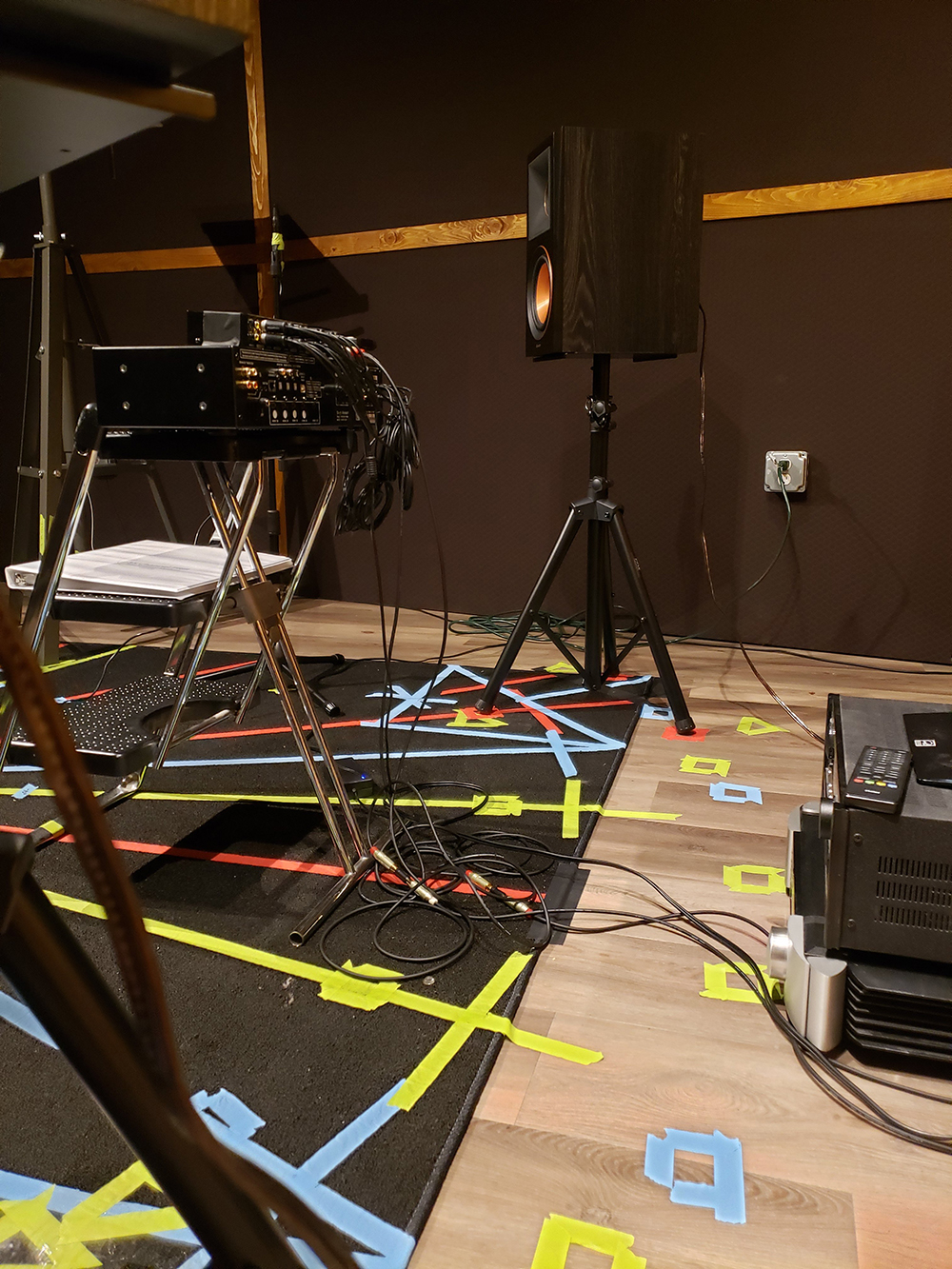 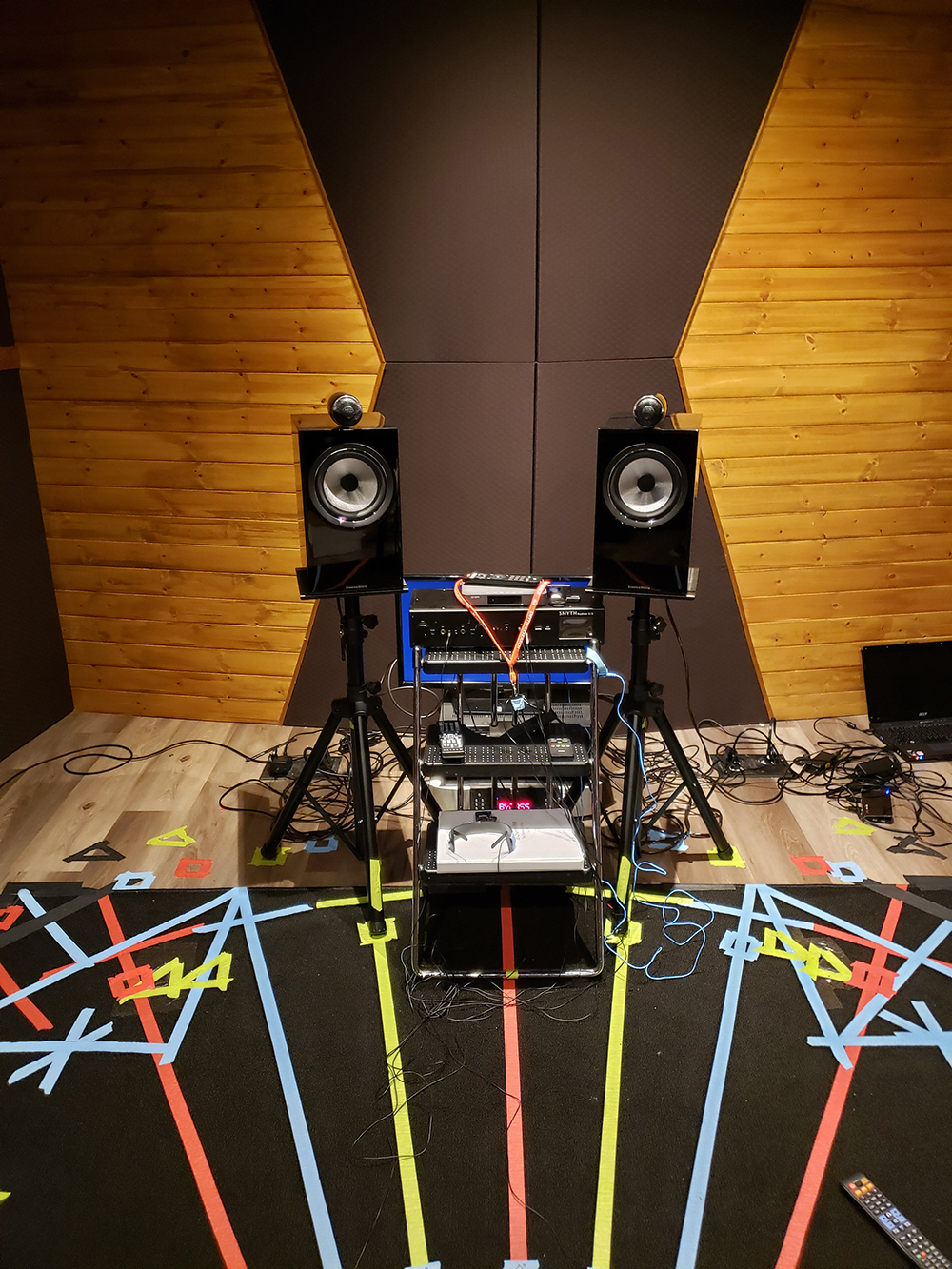 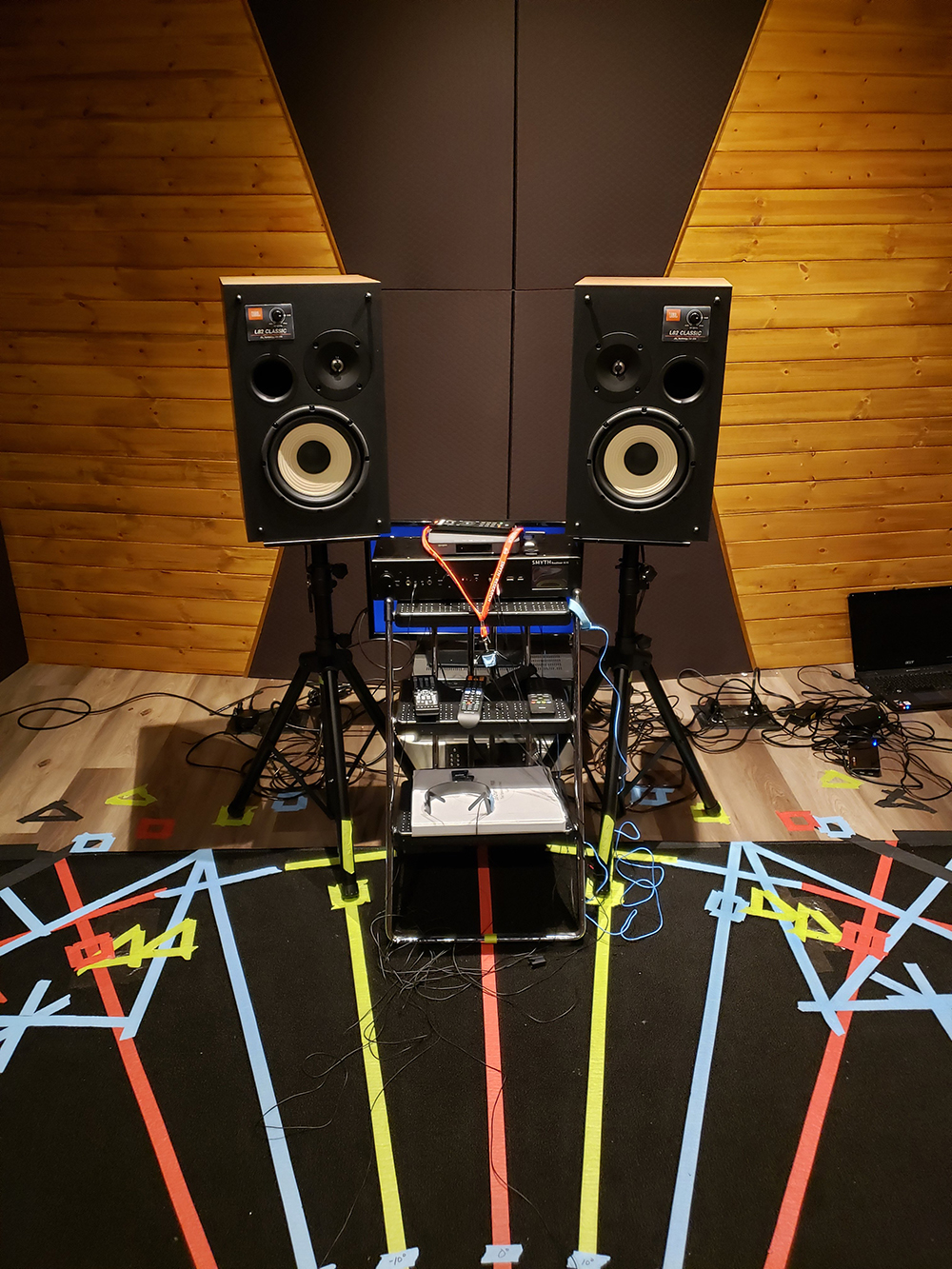 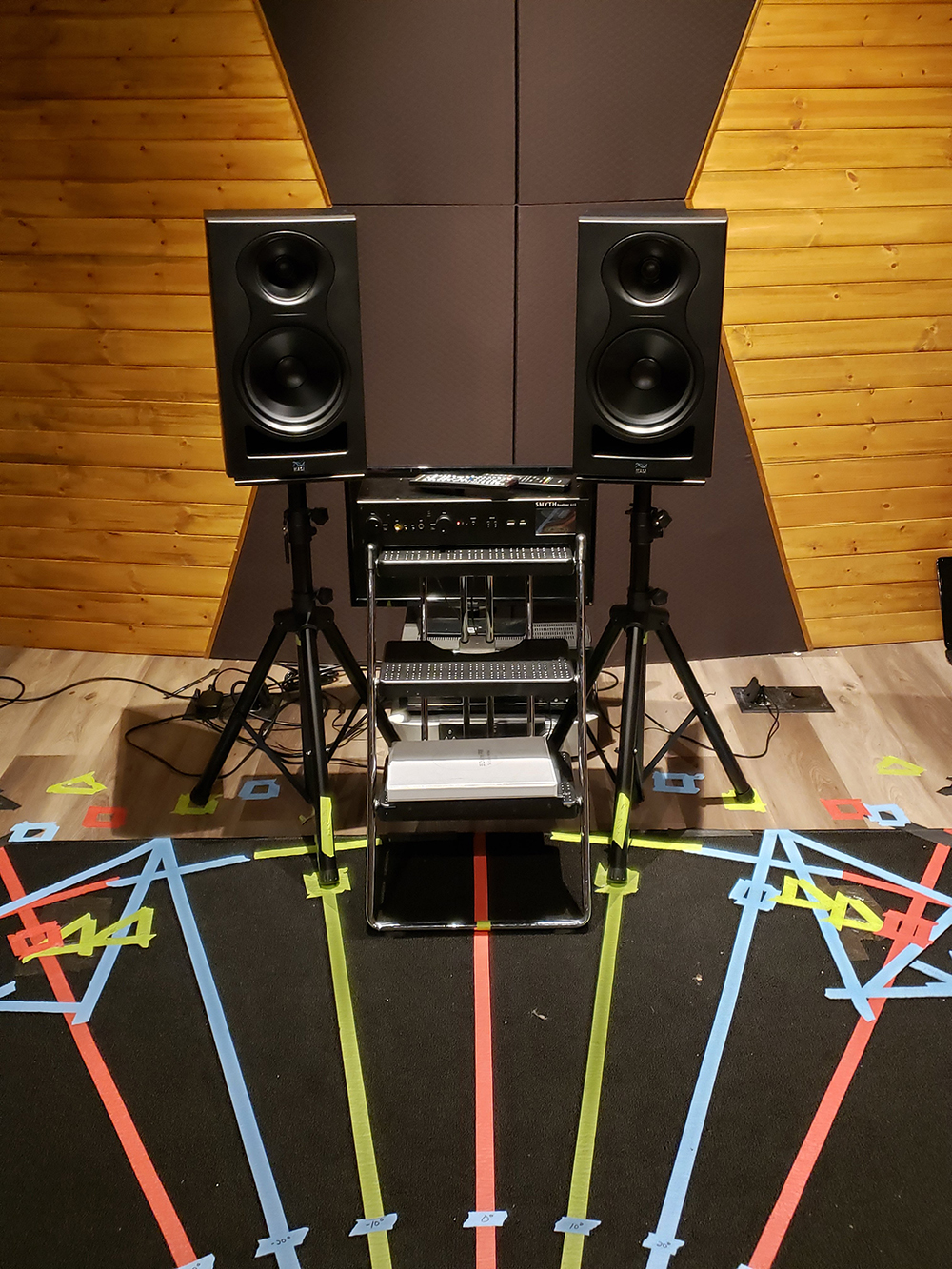 The look of the recording studio during daily use... 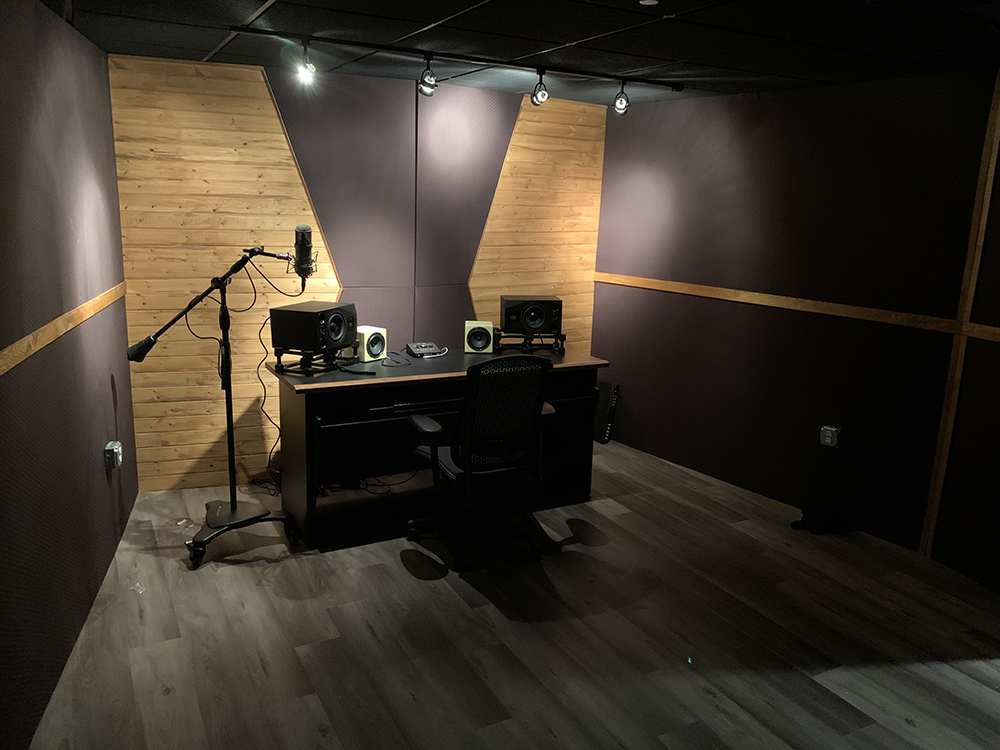 Nice one, hope it will be successful!

Do you plan also to provide some of the used room characteristics like RT60 plots?
Some comments from Floyd Toole about room curve targets, room EQ and more

There is the option to install the free REW and measure such quickly with some sweeps.

thewas said:
There is the option to install the free REW and measure such quickly with some sweeps.

For everyone who owns a Realiser this looks like an answered prayer. The A16 is a remarkable tool for emulating quality speakers playing in a room, but until now there has been no practical way to capture these speakers for anyone buying an A16.

3D Sound Shop is offering two ways around that problem--universal Prirs and in person Prirs.

It looks to me like he's doing these measurements with a great deal of precision in a superior room (a studio), using some of the best speakers discussed on this site (Genelec 8351, D & D 8C, LS 50 Metas, Buchardt A500s).

I own a Realiser, and I've already done two sets of multichannel Prirs, a 16 channel for my LS 50s, and a 23 channel for my LS50 Metas. I can tell you, it's quite a project. Getting angles measured out and correct, setting up the head tracking, not stepping the cords--it's quite and undertaking, so anyone offering either pre done PRIRs and/or bespoke in person PRIRs will be adding a tremendous value to the process.

If you've got the hardware, looks like 3D Sound Shop has the software.
OP

I am very excited to announce several significant updates to the 3D Sound Shop website.

Thank you all for your support and tremendous feedback.

This is a review of 3D Sound Shop. I'm putting this out on Black Friday to coincide with John's release of the Dutch & Dutch 8C Prir today. I had the pleasure of being in the New Jersey studio on October 10th with John and the D&D's when John took the measurements for this PRIR and had the benefit of having an in person measurement of these remarkable speakers which I've been able to enjoy for the last six weeks.

I'll cut right to the chase. It sounds absolutely incredible. The D&D's are a state of the art speaker and the studio has a world class room for taking its measure. John made a bespoke, in person PRIR for me which includes every ATMOS speaker in the current A16 profile. It's easily the best sounding system I have in house, and I own LS50 Meta's with SB2000 sub and OG LS 50's as my surrounds. This D&D PRIR sounds much better than my home speaker system which is driven by Octo and Purifi electronics with Dirac Live room correction. Yes, the D&D PRIR is better. than actual high end speakers playing in my home. Likewise it sounds better than the 23 channel in person PRIR I made of my LS 50 Meta's.

The D&D's are just superior speakers, and John's professionalism in making these measurements is better than anyone can duplicate at home. I've personally made two PRIRs myself, and the quality of the PRIRs went no higher than the mid 60's on SNR. Chalk that up to my noisy environment. By contrast when John did the measurements in the 3D Sound Shop, the SNR was far better. When I went in the studio where we took the measurements, it seemed quieter than a church, and that made quite a difference. I believe that's why SNRs of those PRIRs were all in the high 90's.

The difference is clearly audible. The 3D SS D&D PRIR has a noticeably lower noise floor than my 23 channel Meta. And thanks to the cardioid bass on the D&D's the lows are much more articulate and defined than my Meta+SB2000 setup (which is no slouch, btw). The dimensionality of the D&D's also shine through on the PRIR. Lives up to the 3D moniker.

I made two presets of D & D listening rooms. I did a multichannel room (Atmos 13.1.10, DTS-X 7.1.4. PCM 9.1.6) and a 2.0 room for 2 channel audio. These have become my go to settings for Movie Watching, as well as for listening to streaming music. They have better dimensionality and clarity than the rooms I loaded off the common drive as well. I've downloaded more than 15 PRIRs from the Google drive, and very carefully done manLouds on them. After listening to each one, I suspect very few of them have been recorded with the care that John has employed. A very few did sound good, like the "MiCasa 7.1" which tells me that if a BRIR is very carefully recorded it can be quite good, but also not very good at all if great care is not observed in the process.

Which brings me back to John's business. For the longest time everyone has wondered when the Smyth's would open up the Realizer Exchange, and obviously it has not materialized to date. But guess what? John with the 3 D Sound Shop offerings has stepped into the gap. Having been in studio with him, and seeing how professional and methodical he was in capturing the D&D system convinces me that what he's putting out is the next best thing to an in person PRIR, and will create a very high quality product. Moreover, his menu includes some of the most coveted speakers in the world. I don't know what the Realizer Exchange if it went live tomorrow could do that's superior to his operation. 3D Sound Shop is the Realizer Exchange only better.

I know the D&D Universal PRIR will be a winner. What they do well (cardioid bass, superior sound staging, flat fr) will carry over even if it's not an in person PRIR, and anyone who buys it will have a future proof 24 channel PRIR that can be used to make whatever listening room the Smyth's make the Realizer capable of rendering.

And if you have an opportunity to get into studio with John to make an in person measurement, jump on it. You will have a great experience, you'll have a lot of fun, and you'll make a new friend. And you will come away with a PRIR which is capable of realizing the fullest capabilities of the Realizer.

In talking with John, I understand he will have other high quality speakers available for personal measurement, including the LS 50 Metas which will undoubtely make a superior 24 channel PRIR in a studio environment.

So whether it's an in person or a Universal Prir you purchase over the internet, 3D Sound Shop will help you get the most out of your Realizer investment.

Not to be missed.
OP

I guess I can now make it official..

Silicon Photonics and are next generation of Audio logic